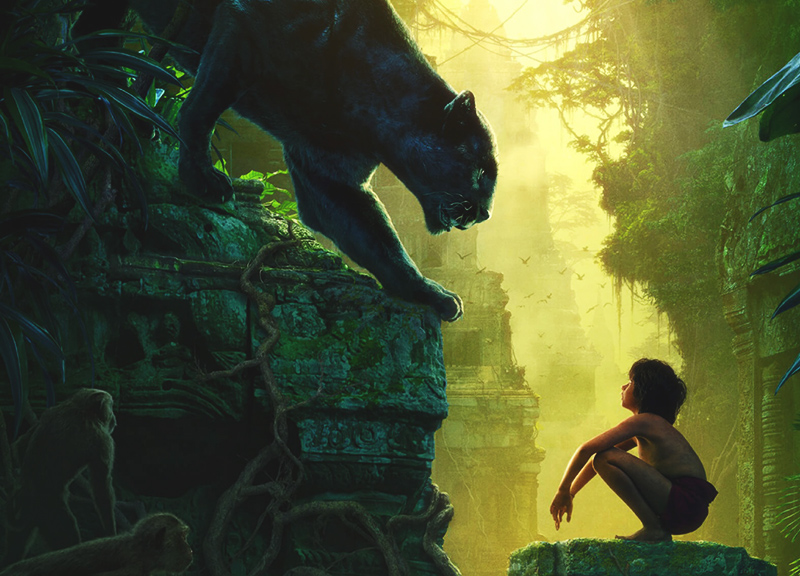 Dipping back into their well of classic animated cartoons for some easy sales is nothing new for Disney. Sometimes, this means a direct-to-video sequel no one wanted (see: The Hunchback of Notre Dame II). At other, more recent times, it means live-action adaptations such Maleficent or Cinderella. This model works, too. Not because the content is any good, but because the memories of the originals are just that powerful.

But famed Iron Man director Jon Favreau’s new adaptation of The Jungle Book has a little something going for it, turns out. Actually, it might just be Disney’s best live-action remake to date.

Featuring newcomer Neel Sethi as Mowgli and the voices of Bill Murray, Sir Ben Kingsley, Idris Elba and Lupita Nyong’o, the films blends live acting with copious CGI animals and backgrounds. According to a set visit by Fandango, the entire movie’s jungle setting was created by computers that used the latest in photorealistic rendering technology. Whatever the method, it’s effective; the movie shifts from National Geographic documentary to cartoon aesthetics depending on the scene, and quite effectively at that.

Yes, Favreau is trying to have his cake and eat it too: You can’t really call a movie live-action when there’s freaking CGI animals talking and singing, can you? Semantics, I suppose. Here’s what I know for sure: This isn’t really a kids movie; at my screening, Shere Kahn made one child in attendance cry.

But the story is effective, using relatively sparse dialogue from Bagheera (Kingsley) to explain how he found baby boy Mowgli in the jungle years ago. Now, having lived in the jungle for a few years, the young human is living as part of a pack of wolves and having a hard time fitting in, despite being loved by his “mom” and “siblings.” All too often, he gets berated for using his “tricks” — makeshift tools — instead of using his physical abilities. Still, he loves the jungle — so much so that when the seriously frightening tiger Shere Kahn declares that he will hunt down Mowgli, our hero begrudgingly leaves his home so his family will stay safe. The rest of the story pretty much follows the cartoon. All of the beloved characters are here, even if they’re a little different. Kaa the python is now a lady (Johansson), and King Louie (Walken) is an enormous King Kong-sized orangutan who talks like a mafia boss. They all look pretty great, too: On the technical side, the motion capture used for these animals is downright stunning.

But the characters of Kaa and King Louie in particular do represent some possible issues. Kaa feels like a complete afterthought< inserted just to reference the original. Louie too is surprisingly malicious, which just feels completely out of place. Combine this with Shere Kahn and you have a grimdark remake of the original, and much like the visuals and their shifting look, this adds to an uneasy dichotomy in terms of tone.

In addition, there’s some inconsistencies with the way that Favreau’s The Jungle Book handles its themes — to the point where, during the climax, Mowgli all but proves Shere Khan right about his human xenophobia. And while it appears to be trying to explore themes of racism and xenophobia under the surface, but there’s no consistency as to whether Mowgli is a symbol for the discriminator or the discriminated here, or if he’s just playing into the Ferngully/Avatar/Dances With Wolves trope of an outsider being the savior of a native people.

Still, the movie is funny and charming. The protagonists are all great to be around. Young Sethi does a good, if rough around the edges, job as Mowgli. The animals are all entertaining. Bill Murray’s Baloo especially serves as a fun breath of fresh air.

And ultimately, that’s the takeaway. In all, this film is a visual splendor, an entertaining delight and a fable whose story has been vastly improved by the changes made.

Already, rumors are swirling around Hollywood for a sequel to this one. And, actually, this film deserves one.