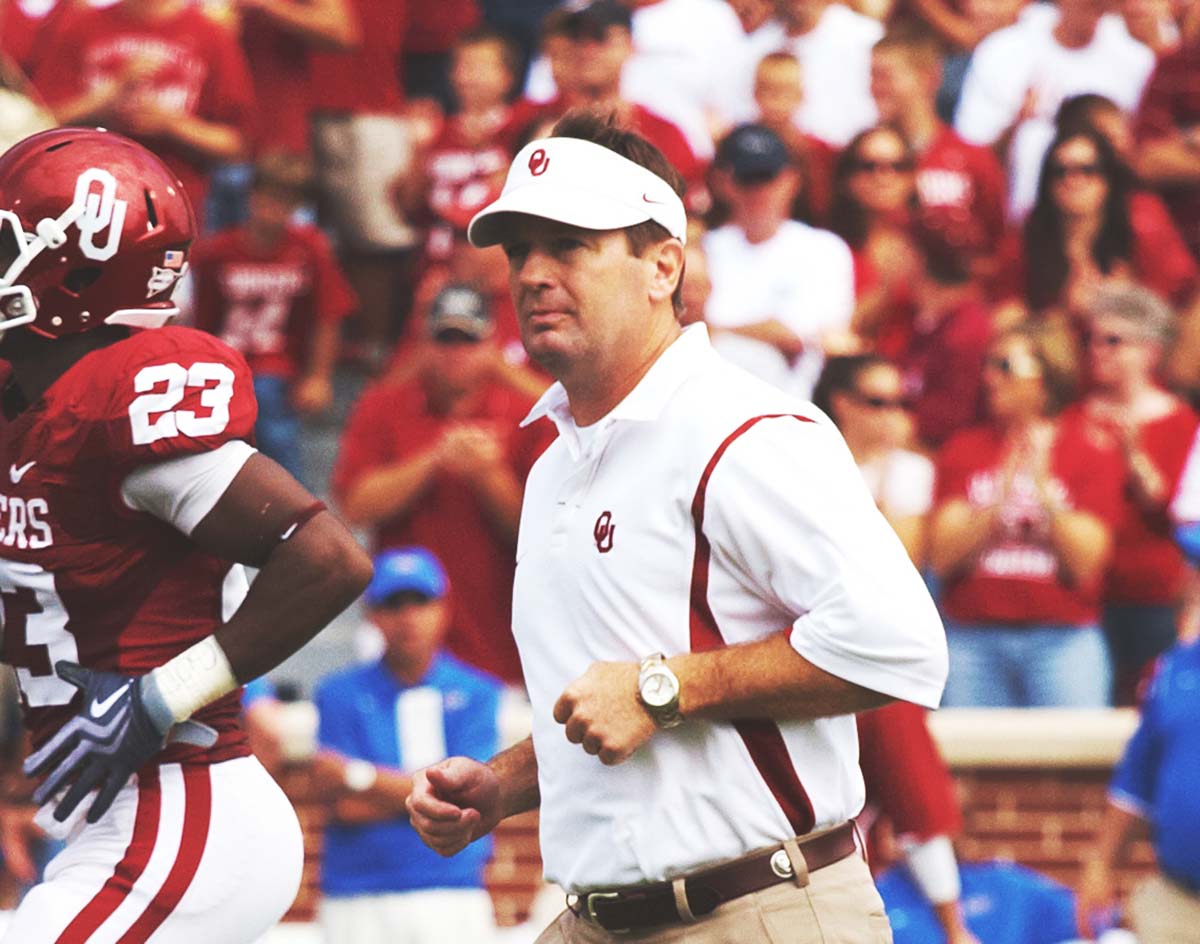 The Team Still Doesn’t Have A Name, But The Former Oklahoma Coach Will Helm Its Globe Life Park Front Offices And Sidelines Alike.

After yesterday’s surprise scoop from Pro Football Talk’s Mike Florio that revealed former University of Oklahoma head football coach Bob Stoops as the likely first coach to sign on and lead a team in the XFL’s second attempt, the as-yet-unnamed Dallas XFL franchise made that news official during a press conference held this afternoon in which Stoops was formally announced as the man taking on both the team’s head coach and general manager duties.

After 18 seasons as coach at OU, Stoops stepped down from his post in 2017 to hand the reins of the team over to his protege, Lincoln Riley. He cited neither health nor family as reasons behind his departure from the college ranks, where he posted a record of 190 wins and 48 losses; instead, he said at the time, he felt like it was the “right opportunity.”

His return to coaching now also feels opportune, at least for the XFL. Simply because of the cache that a name-brand coach like Stoops can bring to a new league, today’s announcement is undoubtedly a big coup for the XFL, which is set to start play in 2020. But the timing feels especially fortunate given the fact that another upstart National Football league competitor — this one called the Alliance of American Football — is set to start play this weekend. The XFL’s Stoops announcement doesn’t feel like an accidental overshadowing of the AAF’s rollout; rather, it feels like a calculated move from a league that, if nothing else, was at least innovative and well-marketed in its last attempt at operations.

At the very least, it’s amusing that a coach of Stoops’ profile was named as the head coach of a professional football team in Arlington just three days after Dallas Cowboys owner Jerry Jones announced that he would not be negotiation an extension on his own head coach Jason Garrett’s contract prior to its expiration at the end of next year’s NFL season. While Garrett could very well end up being the Cowboys coach for years beyond this upcoming season, Stoops’ proximity to AT&T Stadium will only increase the temperature on Garrett’s already-hot seat. Already, the “Which pro coach out in Arlington is better?’ discussion seems destined to dominate the next 12 months of local sports radio talk.

One thing to keep in mind on that front: Stoops has no professional football coaching experience prior to this XFL gig. And while he did win a National Championship with his Sooners team in 2000, his career bowl record in the college ranks is just 9-9. That’s not necessarily an insane increase over Garrett’s 2-3 record in the NFL postseason.

On the other hand, Garrett has only thrice reached the NFL Playoffs in nine years, whereas every one of Stoops’s 18 teams at OU reached a bowl game.

Meanwhile, Stoops never once had a losing record in Norman and only lost more than three games four times in his time there, whereas Garrett has only posted four season-long records above .500 in his nine-year career in Dallas.