Before The Shark Tank, A Cattle Call. 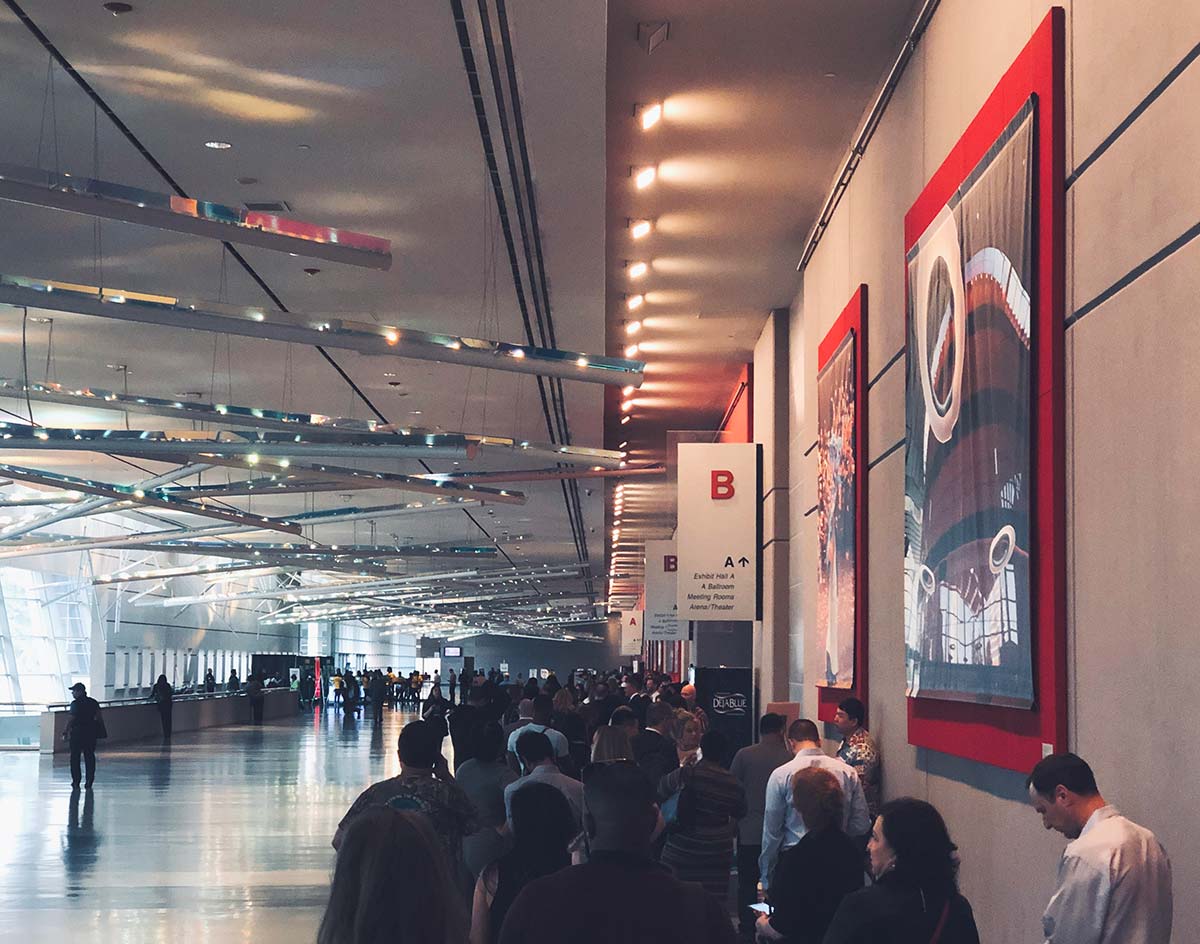 At This Week’s Shark Tank Auditions In Dallas, Hundreds Lined Up For The Chance To Make 60-Second Business Pitches And Take A Stab At The American Dream.

It’s 8:30 a.m. on Wednesday, and the humid, overcast setting outside of Dallas’ Kay Bailey Hutchinson Convention Center belies the flurry of activity within.

In through the doors and up an escalator flight sits a Ronald Reagan wet dream. Ostensibly, the reason everyone’s here is for the travelling Small Business Expo, which will next weekend take place in Miami before jetting off next month to Charlotte before hitting Philadelphia and Orlando in April, then Boston and Washington D.C. in May, and so on. But the Dallas and Miami offerings have something those other stops don’t: Opportunities to audition for the 11th season of ABC’s Shark Tank.

That’s why hundreds of individuals are lined up here in the cavernous hallway outside of the convention center’s A and B halls — for the chance to catch the sweet taste of trickle-down venture capital that could feed their entrepreneurial dreams, and sure, maybe snag a little reality television fame in the process.

Mindy Zemrak, head of casting for the popular investment show that stars (among others) Dallas Mavericks owner Mark Cuban, says that the whole Shark Tank process — from initial audition until a segment airs — can last up to 14 months. The cowboy hats, sequins jumpsuits and ample flop sweat that graced Dallas’ convention center floors on Wednesday won’t actually come face-to-face with Cuban and the other investors on the show’s panel until, at best, this summer. It’ll be 2020 by the time their faces reach your living room.

It’s no straight line, either. No one walked out of the audition rooms yesterday having earned an immediate thumbs up and a plane ticket to Los Angeles. 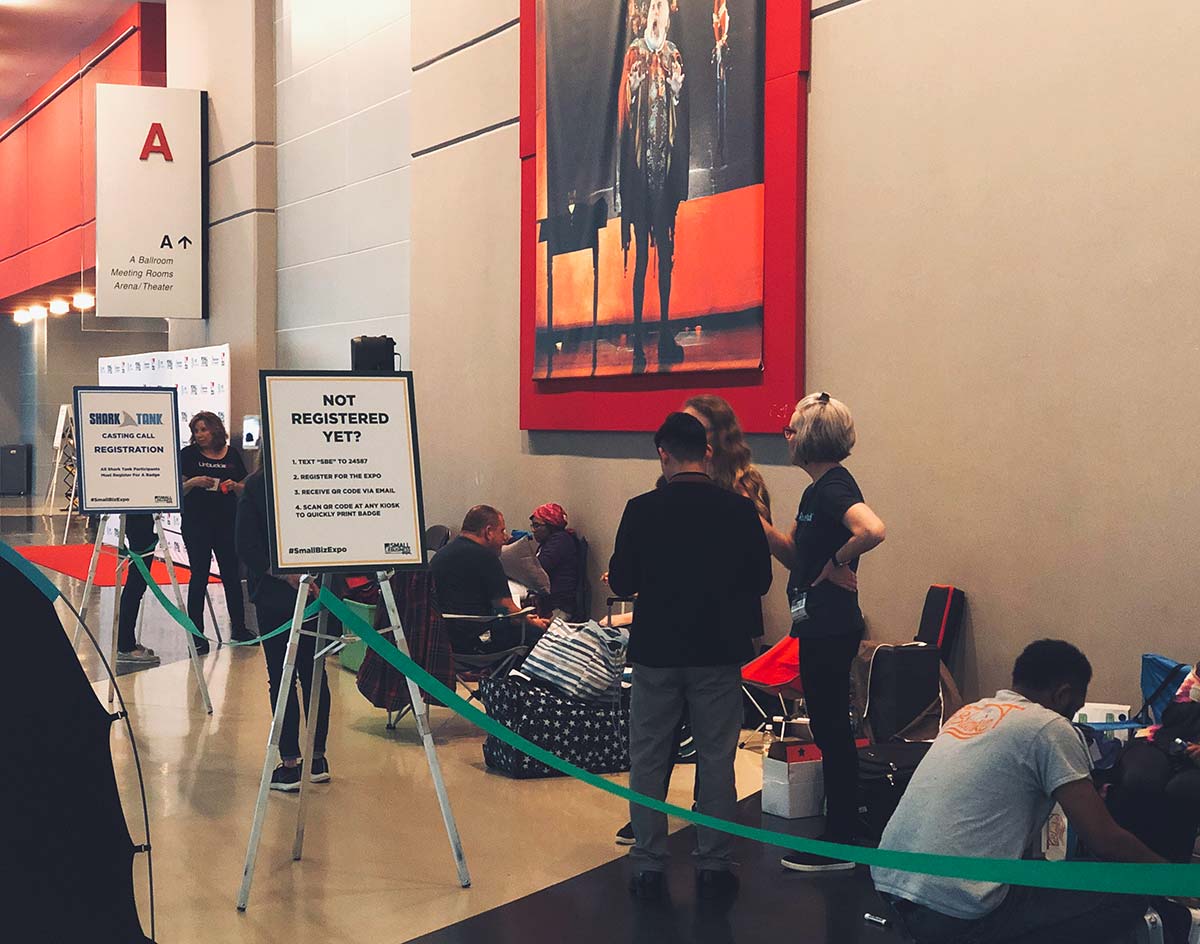 If avid Shark Tank viewers are crying foul and wondering how so many utter dog-shit proposals make it on air, it’s because — as yesterday’s lines in Dallas showed — there’s such a massive demand to get on the show at this point. Zemrak and her team’s entire goal throughout this step in the audition process is to take notes during as many 60-second proposals as they can sit through.

Notes from Wednesdays’ sessions are then passed on to the show’s producers in L.A., who’ll use those scribbles to further narrow down the pool of businesses that they’ll consider putting into the tank and in front of the sharks.

Then, once trimmed down, yet another round of auditions occurs.

In Dallas, casting directors and staff sporting T-shirts adorned with the Shark Tank logo on the front and “Do You Have What It Takes?” on the back, waited for the clock to strike 9 before kicking off this entire slog. At that point, they finally began passing out wristbands to an an already-lined-up herd of wide-eyed entrepreneurs, some of whom were well-prepared for a wait, lugging camping chairs and even tents along so they’d be rested and ready once it was time for their big pitch.

As the casting team continued its check-in process and protocol, the line awaiting them continued to grow. Lady Gaga’s “Bad Romance” piped in from the convention center speakers overhead, but only added to din from the line. Small children brought along to help deliver parenting-related pitches sang and danced to keep themselves entertained. Meanwhile, other Shark Tank hopefuls stared off in the middle distance, practicing their pitches out loud to themselves, the walls or anyone else looking to listen in. 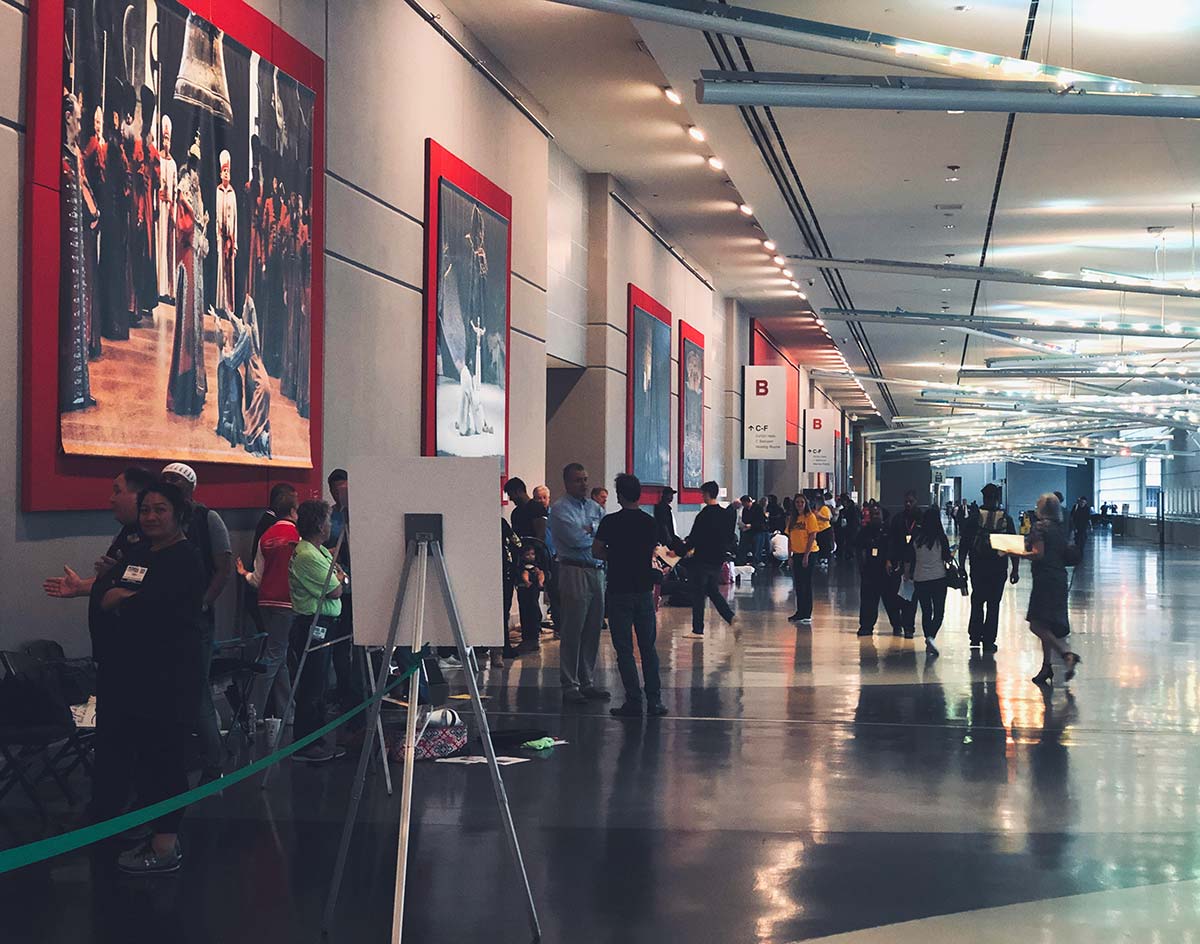 At the front of the line are Kenneth and Winsome Brooks. They’d driven up from Houston to pitch their miniature and vegan cheesecake business with the hope of increasing production and distribution so that they can take their business national.

Theirs are no normal cheesecakes either, promises Winsome: “These are cheesecakes all the way from heaven.”

She’s only speaking a little figuratively, she says. Back in March of 2014, Kenneth died for four and a half minutes and was in a coma for days. When he came to, he did with the inspiration to launch his Masterpiece Desserts brand lodged into his brain. So he changed his life path and dedicated his new direction to giving every man, woman and child on the plant a miniature taste of heaven — in the form of his miniature cheesecakes, which can currently be ordered online and shipped to you or found at Food Network star Eddie Jackson’s Rosehill Beer Garden in the Houston suburb of Cypress. 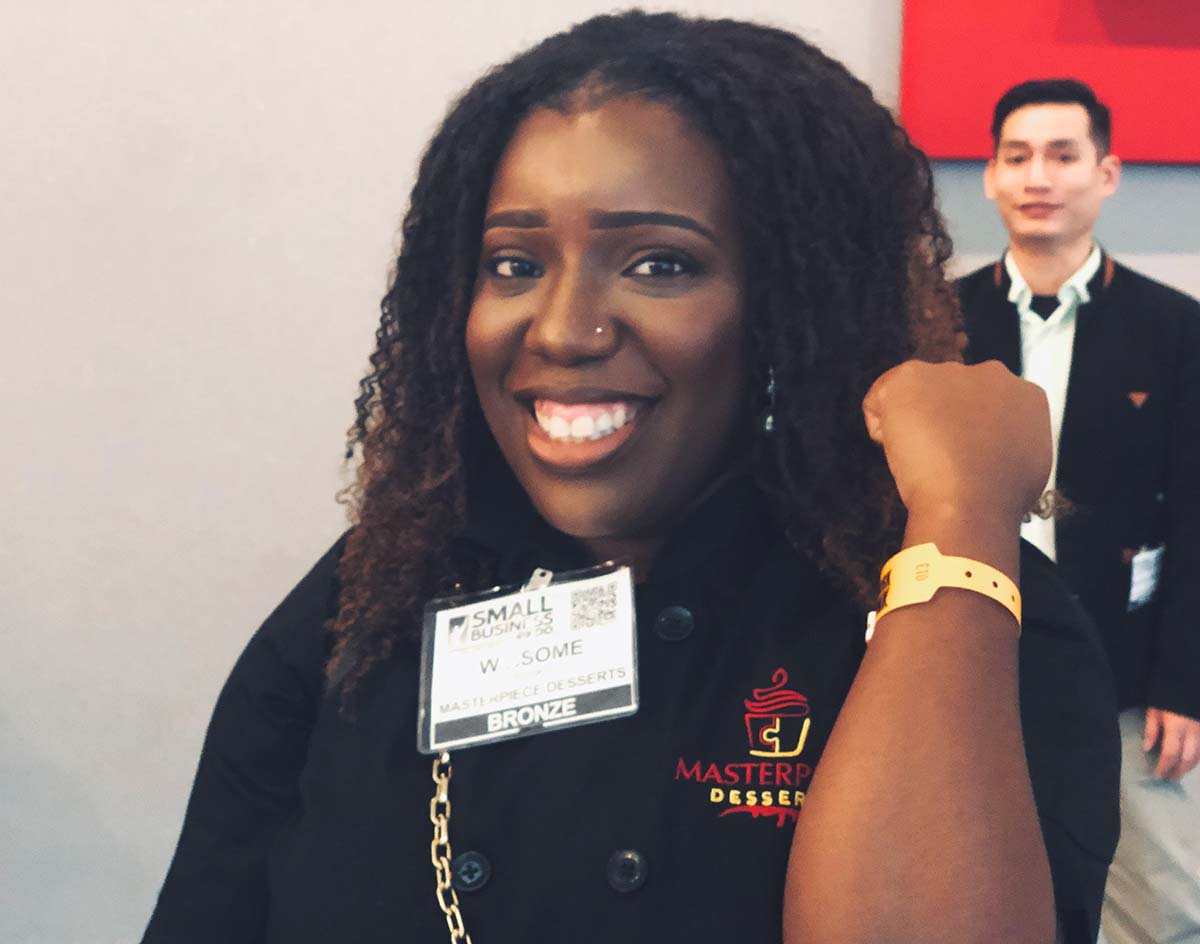 Behind the Brookses in line, other ventures seeking capital included specialty protein shakes, a salsa company, a dance troupe, a hula hoop company and a concept looking to turn tents for dogs into the Next Big Thing.

From far and wide, they came, looking to turn a 60-second pitch into excited scribbles that could, just maybe, open up their worlds to the American Dream.

Zemrak’s advice to those in line: “Have energy and passion. Be excited about pitching, and know your numbers. The easiest part of this process is today.”

Wednesday was, in essence, the Occam’s Razor of Shark Tank. The chances of those in line in Dallas making it onto the show, walking out of the Shark Tank with an investment and, one day, watching all of their wildest business dreams come true are pretty small.

And yet, still, these people came. Because, well, why not them, right?

It’s like The Gipper once said: “America is too great for small dreams.” On Wednesday, the same could be said of the Kay Bailey Hutchison Convention Center.