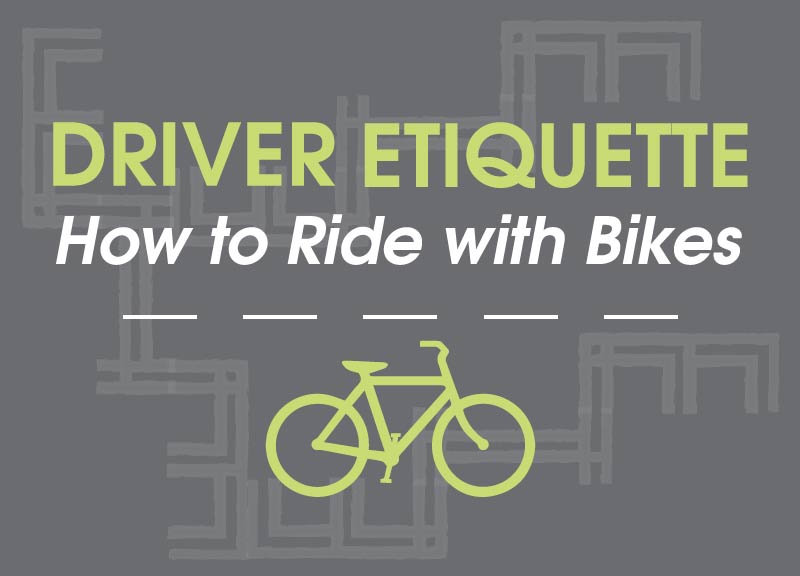 How To Not Be A Total Dick When Encountering A Cyclist On The Streets of Dallas.

In 2011, a survey conducted by the City of Dallas found that close to 80 percent of its citizens said they would bike more if Dallas had more off-street bike trails.

And while the city has been busy adding to its trail system these last three years — and plans to keep doing so, to the tune of even opening a bike trail system that will make it possible to bike all the way to Fort Worth on an off-street trail within the next few years — there’s still quite a ways for the region to go when it comes to bike safety.

In the roughly 386 square miles that make up the Dallas city limits, there are still fewer than 150 miles of buffered bike lanes, cycle tracks and multi-use pathways to be found. Meaning? For the foreseeable future, cyclists and motorists are going to have to find ways to share the road.

But, as more and more cyclists are braving the not-always-that-friendly Dallas streets, it’s the motorists that will have to make the biggest adjustments. While cyclists tend to brush up on the rules of the road before hitting the streets, motorists aren’t always so quick to study up on how to best prepare for an encounter with cyclists. That’s understandable enough; of the two, the motorist isn’t nearly as likely to die in a car-bike collision.

To that end, here are a few things to keep in mind as a motorist when you spot a biker ahead:
• By law, motorists are required to treat cyclists on the road exactly the same as they would the driver of any other slow-moving motor vehicle.
• Bicycling is permitted on all main and local streets throughout Dallas, even when no designated bike route exists and/or there are no sharrows painted in the lane.
• When passing a cyclist, you must fully vacate the lane. If you’re not sure if there’s enough room to pass, don’t.
• Cyclists can legally ride in the left lane when turning left, when passing another cyclist, or when avoiding debris and/or parked cars.
• While cyclists are required by law to obey stop signs, traffic lights and most other traffic laws and signs, be aware that, in some cases, a cyclist may not stop at a light or stop sign if they deem it safe to continue riding.

Know these rules folks. Why? Well, per Section 28-58.2 of Dallas City Code, a motorist breaking any of these rules may be subject to a fine of up to $300 — and fines are even higher if a driver injures a cyclist in the process.

These, of course, are just the tip of things to watch out for each and every time you get behind the wheel. We’ve also put together some graphics to help give you a better idea of how to best share the road with cyclists — and, y’know, how to not be a total dick out there. 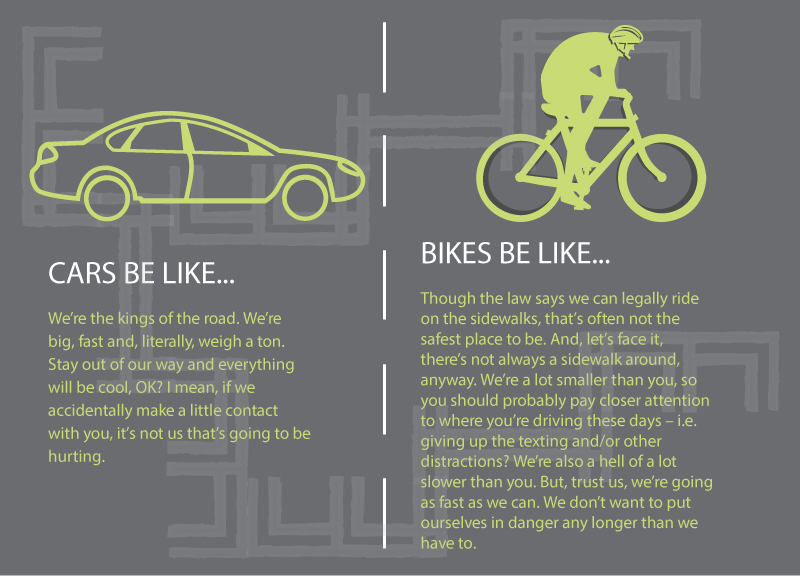 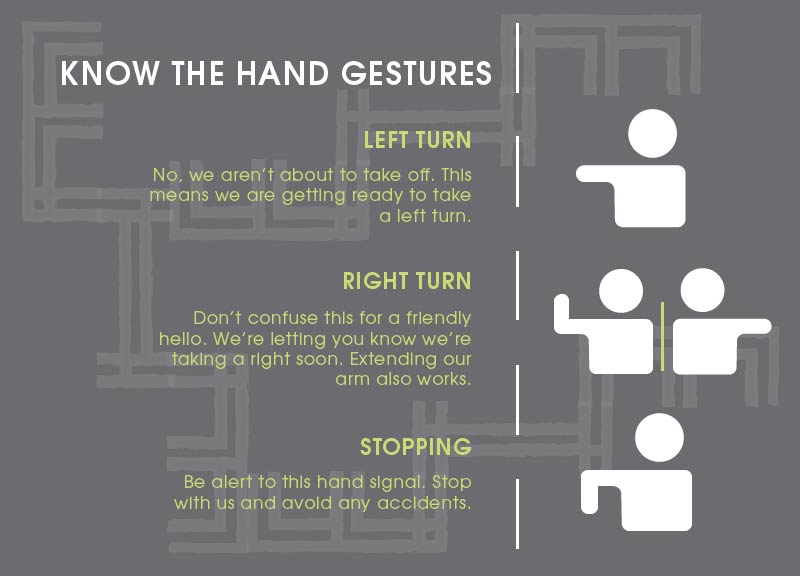 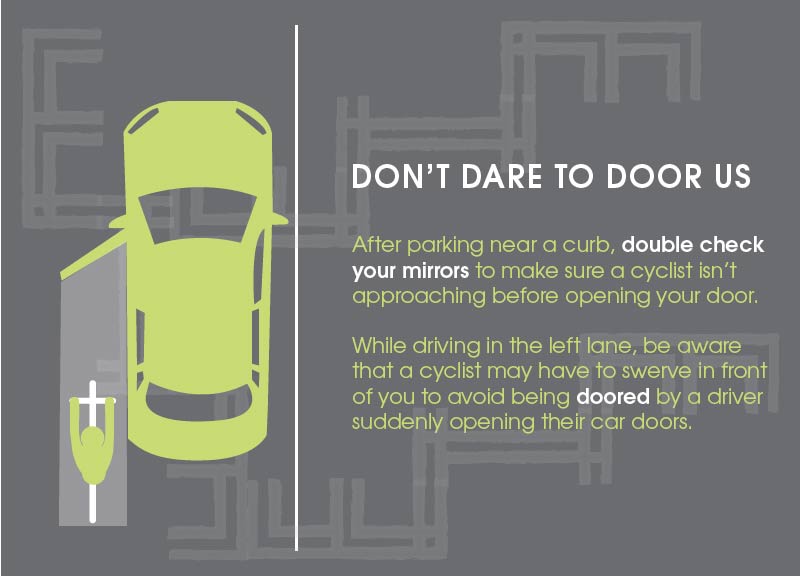 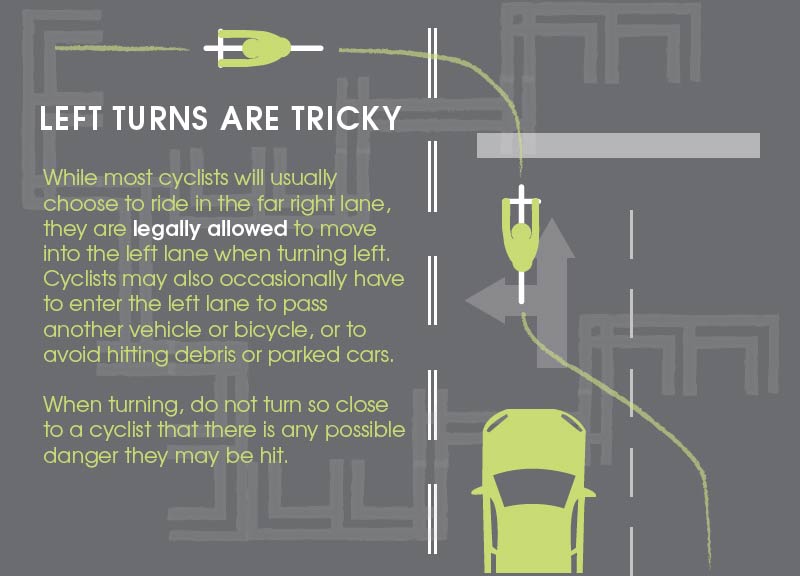 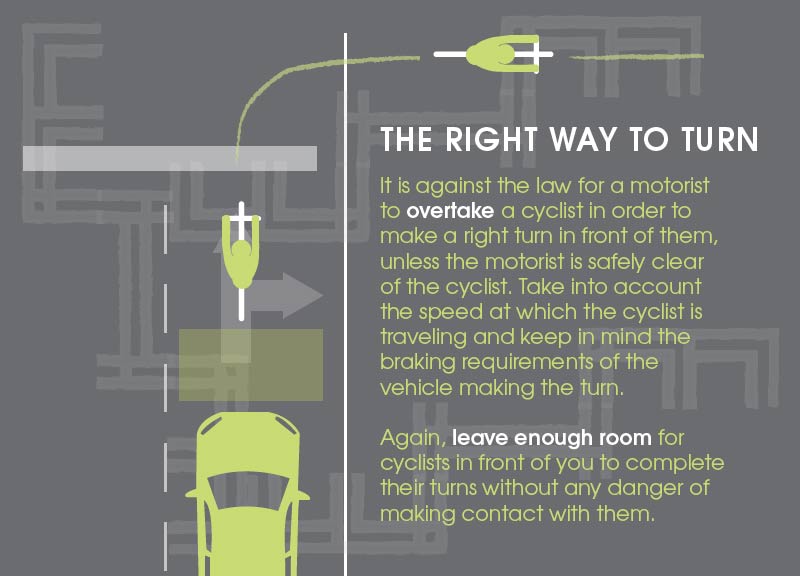 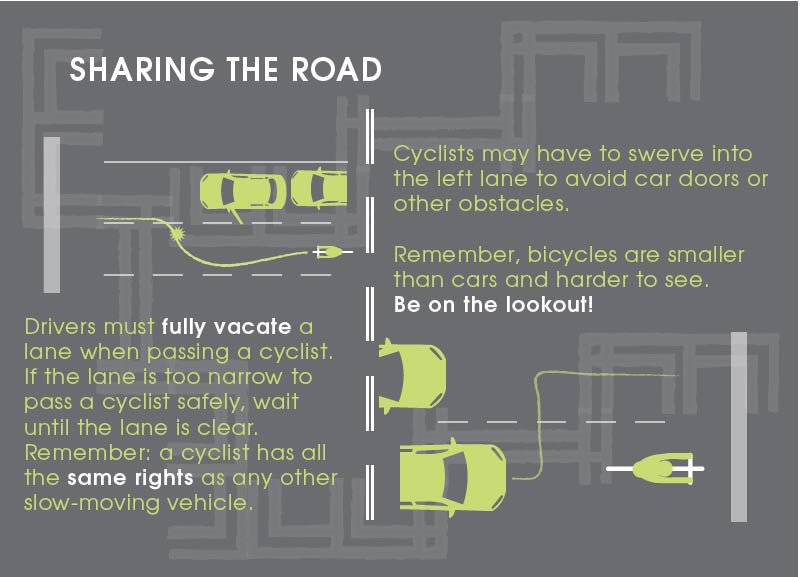 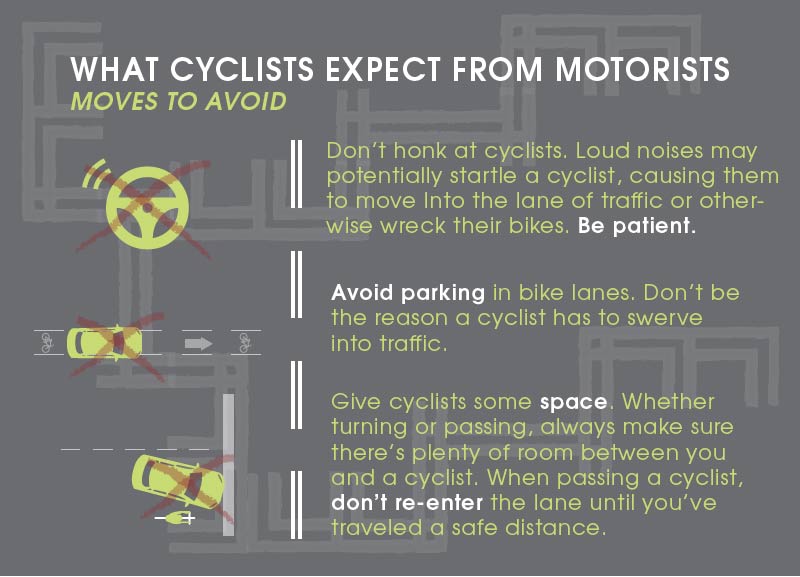 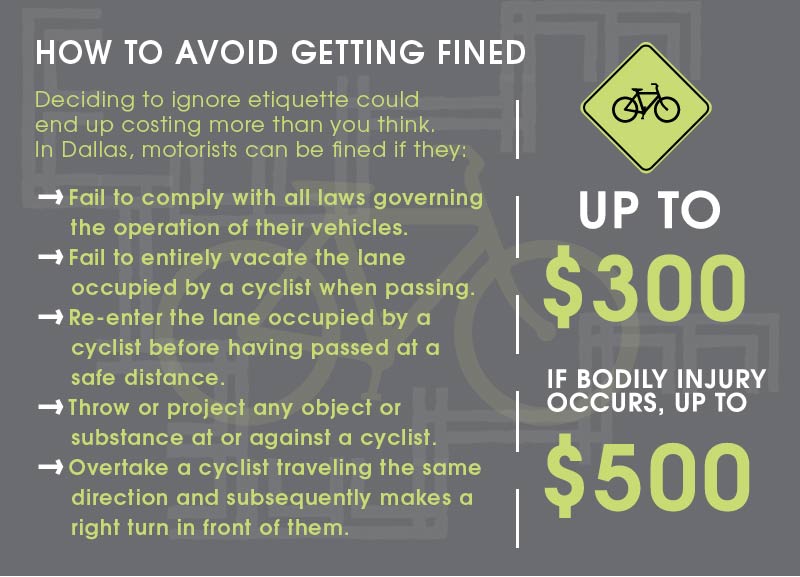