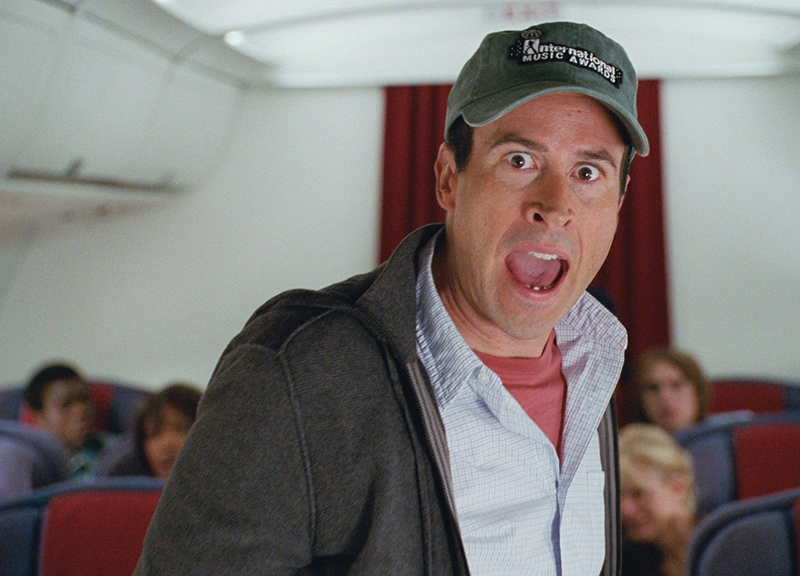 On Tuesday, we published an article that shed a spotlight on comedian Ron Lechler’s “Future-History Timeline of Denton, Texas,” which imagines what Denton could end up becoming now that Hollywood actor Jason Lee has moved to town.

You should check it out if you’ve got anything resembling a working knowledge of contemporary Denton. Also because it’s objectively amusing, and clearly made in good fun.

Well, unless you’re Jason Lee. He disagrees with that notion — something that we know for a fact, as he’s expressed this to both us and Lechler through his now-deleted Instagram account, @chetbenard. 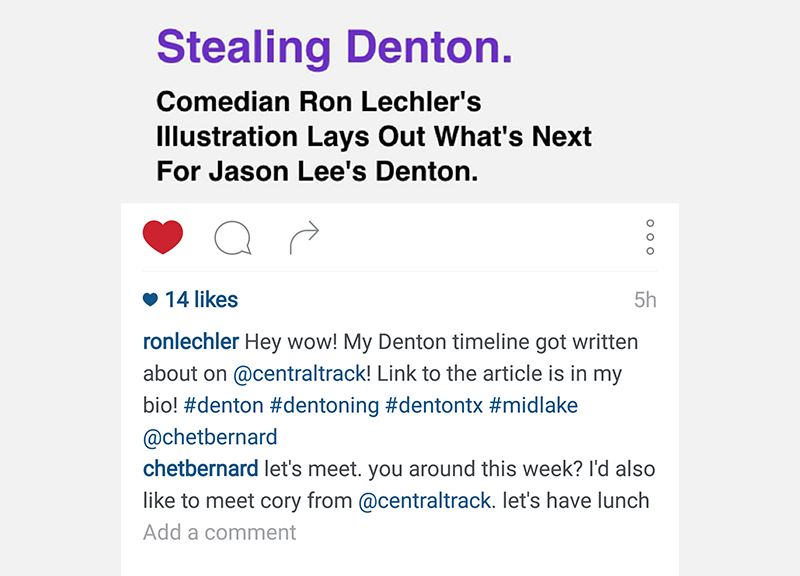 First, the actor commented on Lechler’s profile, asking to meet in person both Lechler and Cory Graves, an associate editor at Central Track and author of our article about Lechler’s effort, so we could talk about the piece. We and Lechler each expressed a willingness to do so.

Then Lee, a public figure, jumped in both our direct message folder and Lechler’s to complain about the — again, objectively funny — “Future-History Timeline of Denton, Texas” piece. In his message to us, Lee, who has some more-serious films on his resume (Vanilla Sky, Almost Famous) but has mostly made his hay in comedic roles (My Name Is Earl, Mallrats, Chasing Amy), called the post “offensive” and “a waste of reporting” while imploring that we “do something positive and constructive about [his] being in Denton and all of the cool and creative things up here in the name of helping the town expand.” 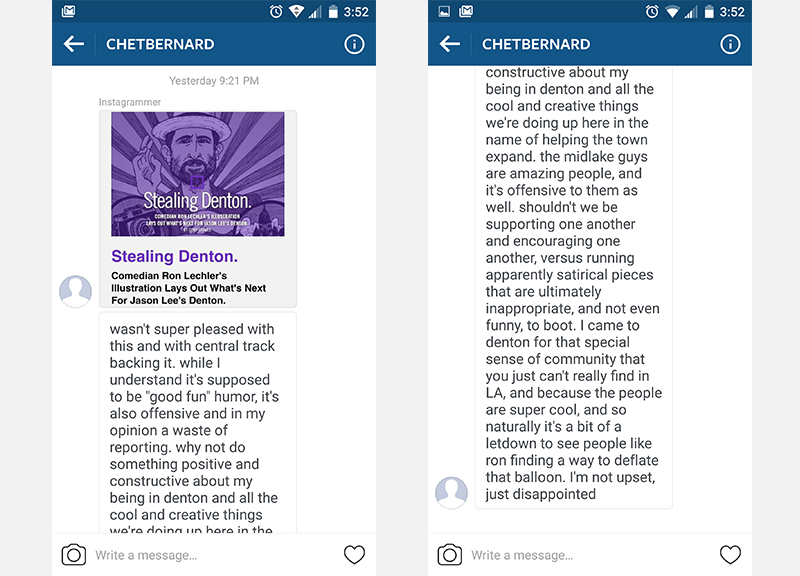 Maybe this article would suffice…

• A story in which we literally talk about the cool and creative things Jason Lee and Midlake are doing in Denton — one that’s even positive and constructive.

…or perhaps this one…

• A farewell to revered Denton house venue, Macaroni Island, on the night of its final show.

• A guide to getting your grub on in Denton’s growing culinary scene.

…or even this effort…

• A review of the one-time Denton-based Parquet Courts’ homecoming to an adored Denton music venue.

• Praise for a cypher of rappers in Denton.

…or, since we’re sharing, this one…

• A piece about this store dedecated to video games, comics and other various things that are “nerdy.”

…or, really, any of the countless other positive stories we’ve written about Denton culture, including this one…

• An interview with the actor Jason Lee.

To some, being a Dentonite means believing that there is no place on Earth better than Denton and that, if somebody criticizes the tap water, they deserve to go to prison or, worse, Oklahoma.

But we like to believe that the people of Denton are fairly reasonable and that they can take a joke. Y’know, people like Lechler, who lives there.

Ever the comedian, Lechler, who had previously mentioned in a comment to Lee that he and Graves have never actually met and aren’t in cahoots, proved his humor in his own direct-message interaction with Lee. 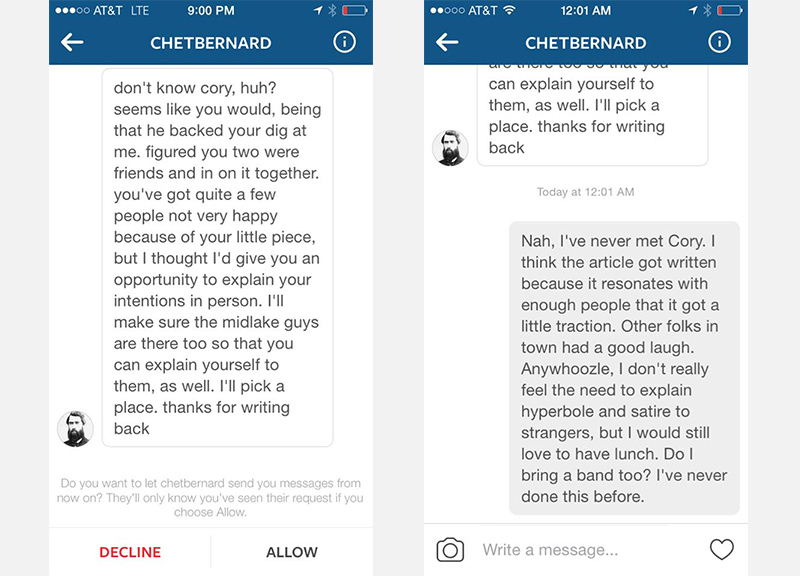 We’re not that funny, so we wrote this article instead, the point of which is not to apologize for our being suppressive people, but rather to point out this: To insinuate that an entire town, just because it isn’t Los Angeles, is unable to take a joke and takes offense at the smallest sign of good fun is to belittle it beyond reproach, and far more offensive than anything Lechler wrote in his timeline.