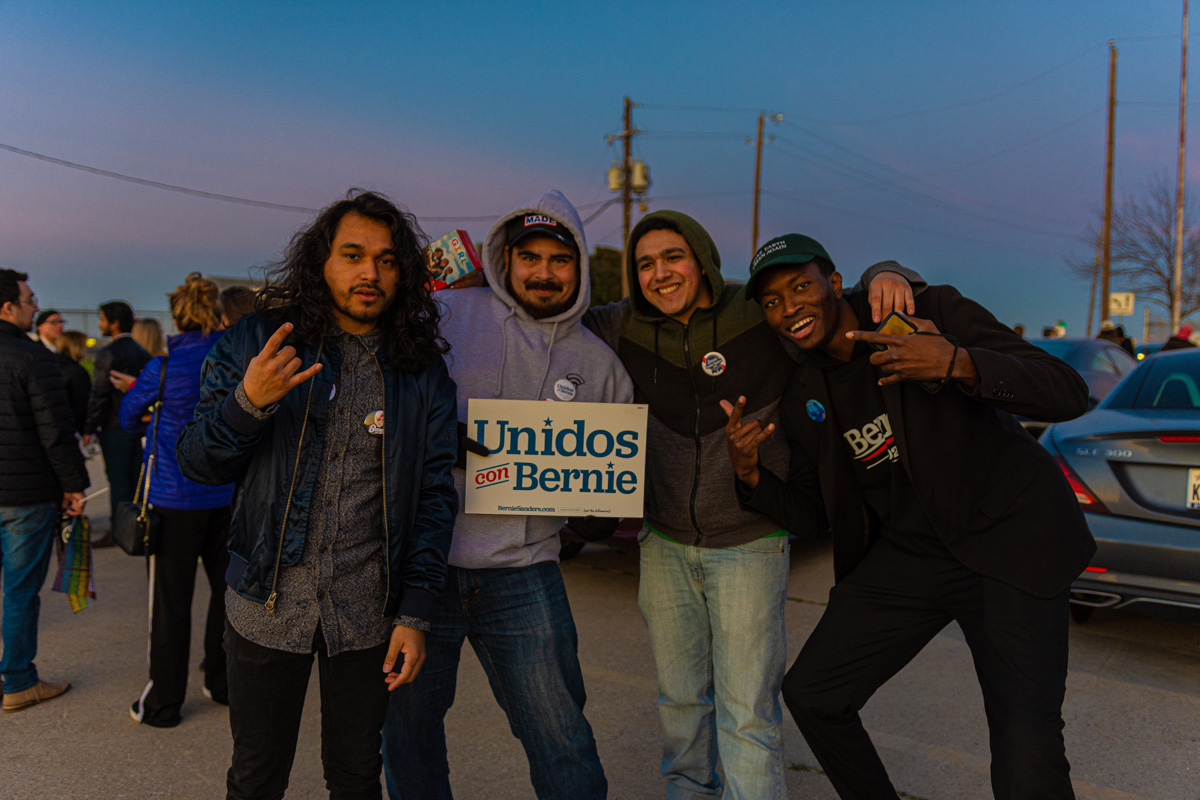 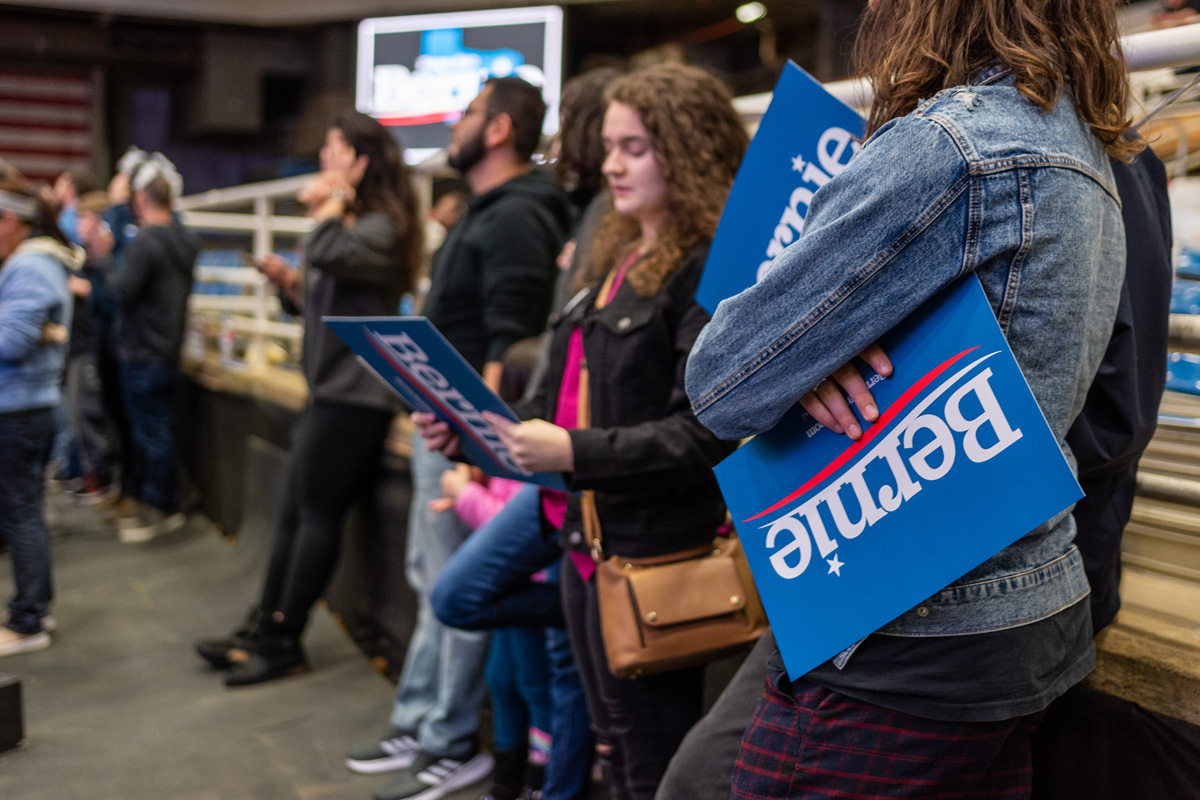 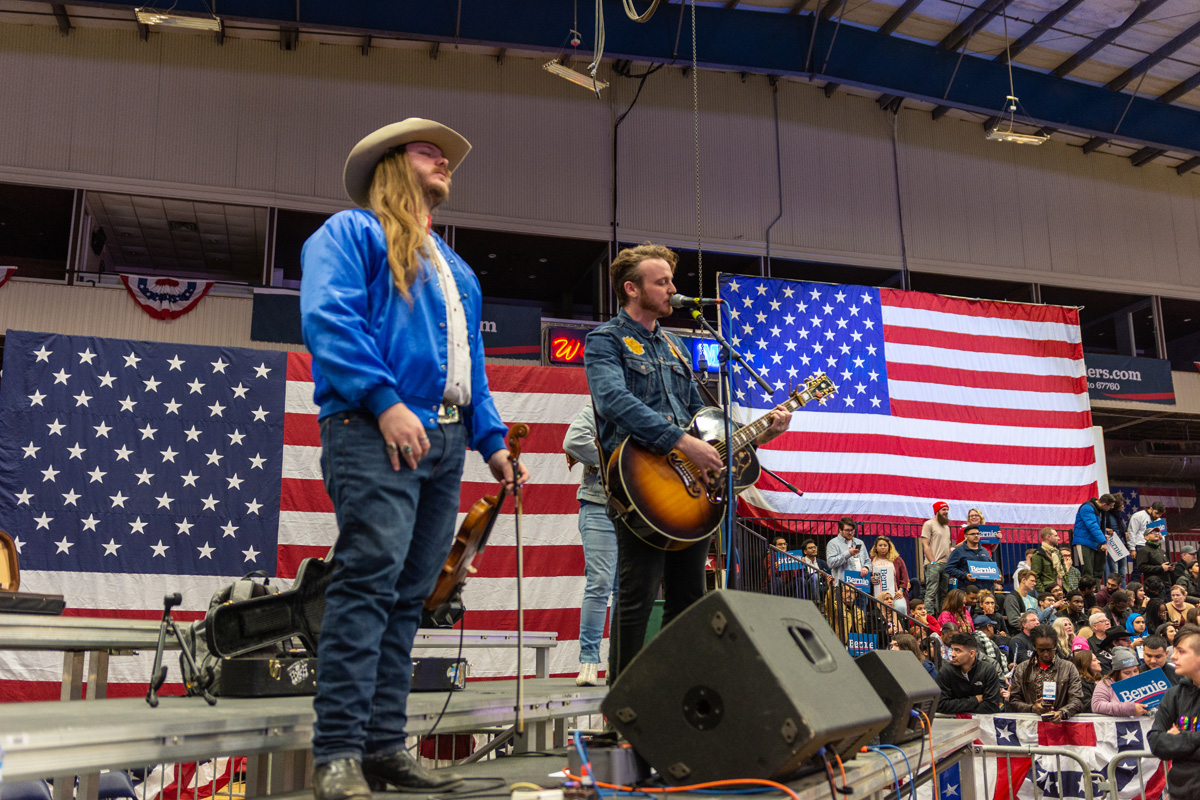 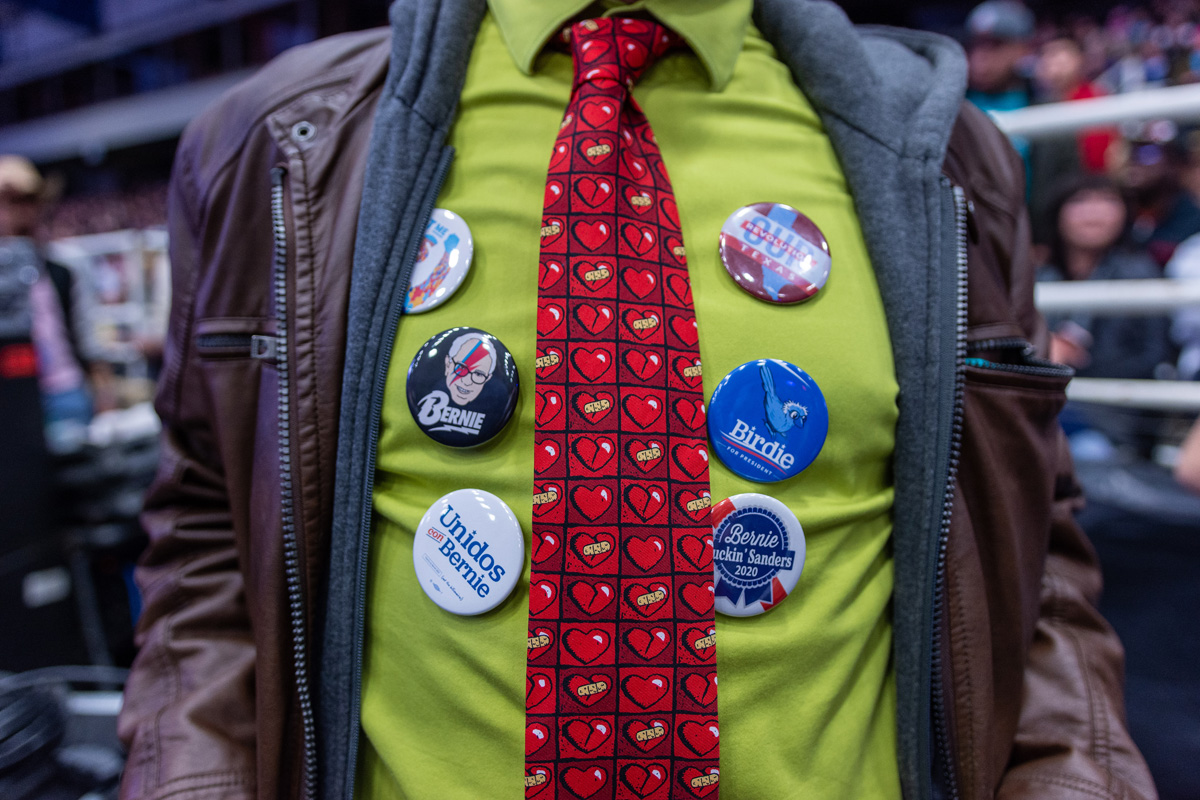 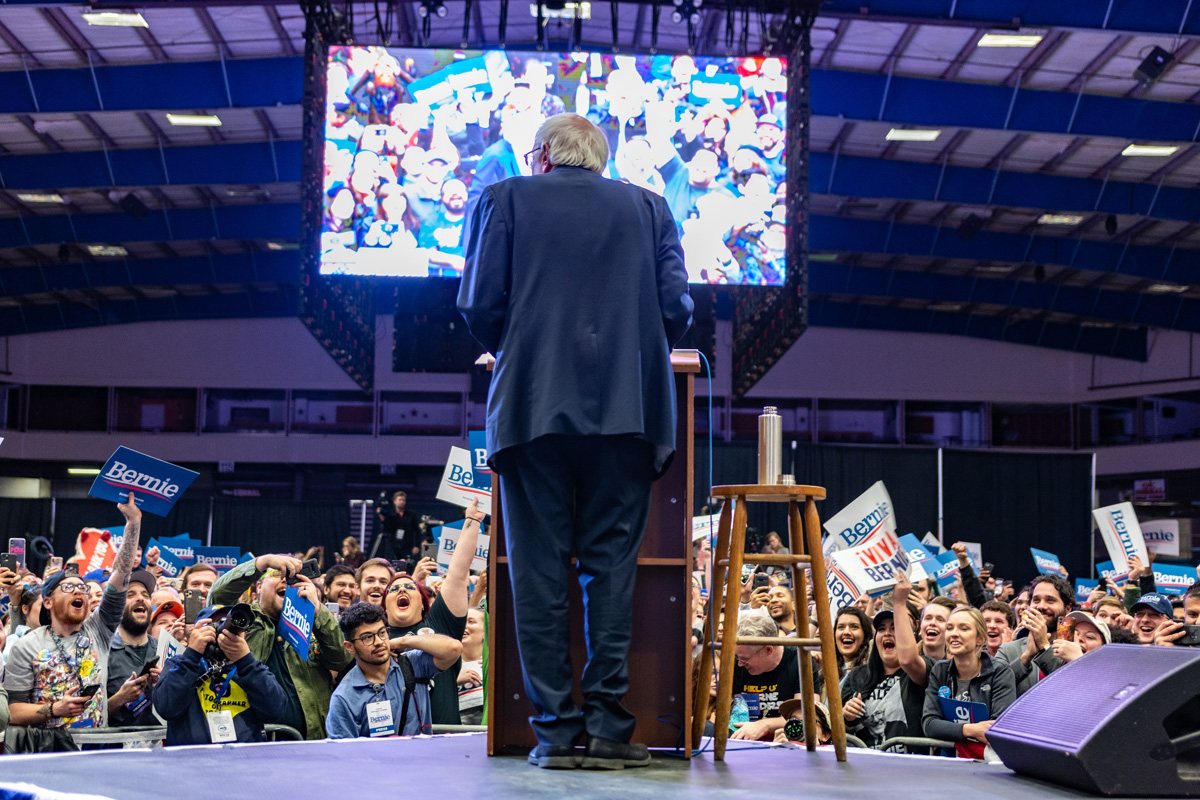 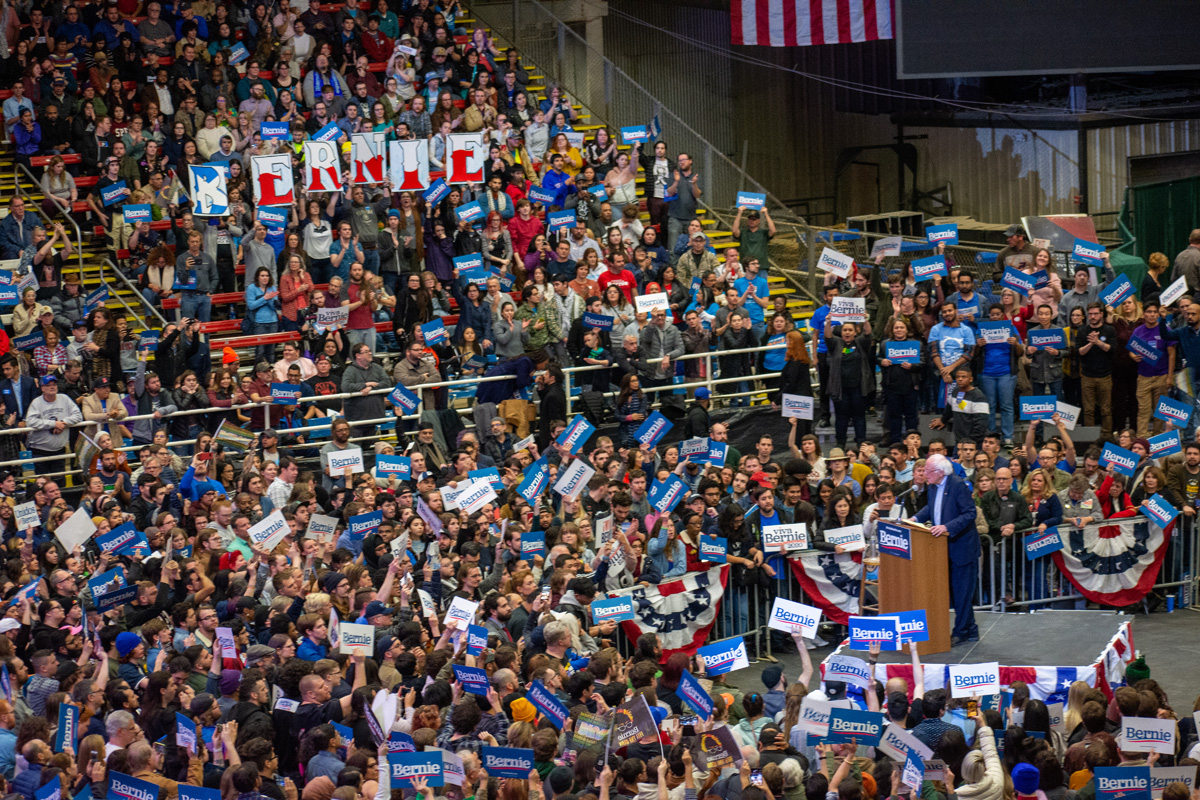 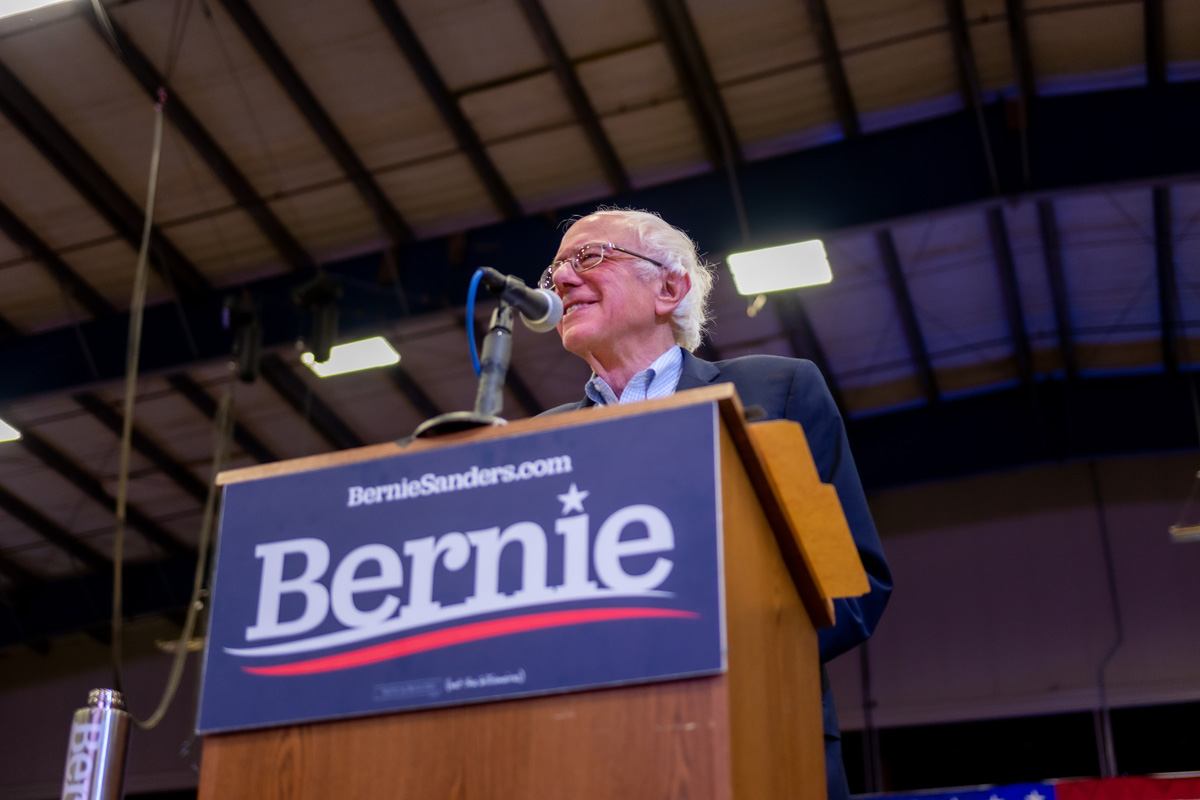 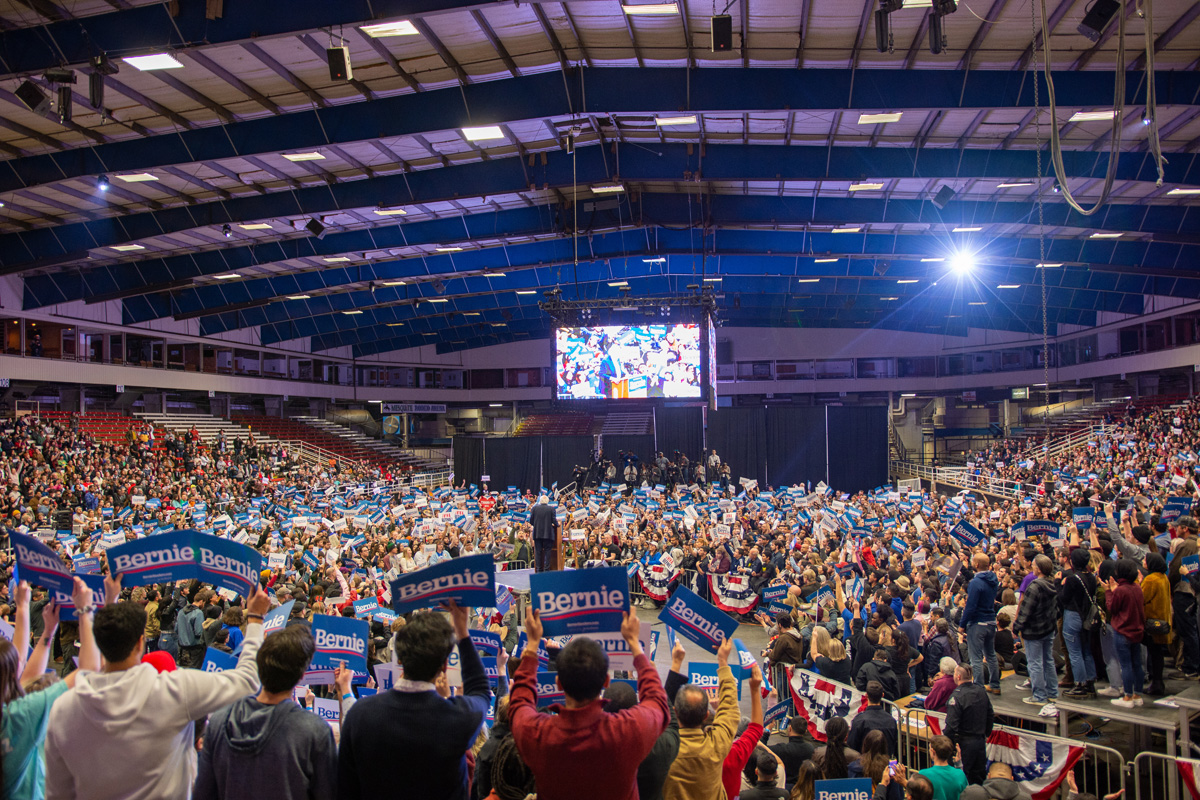 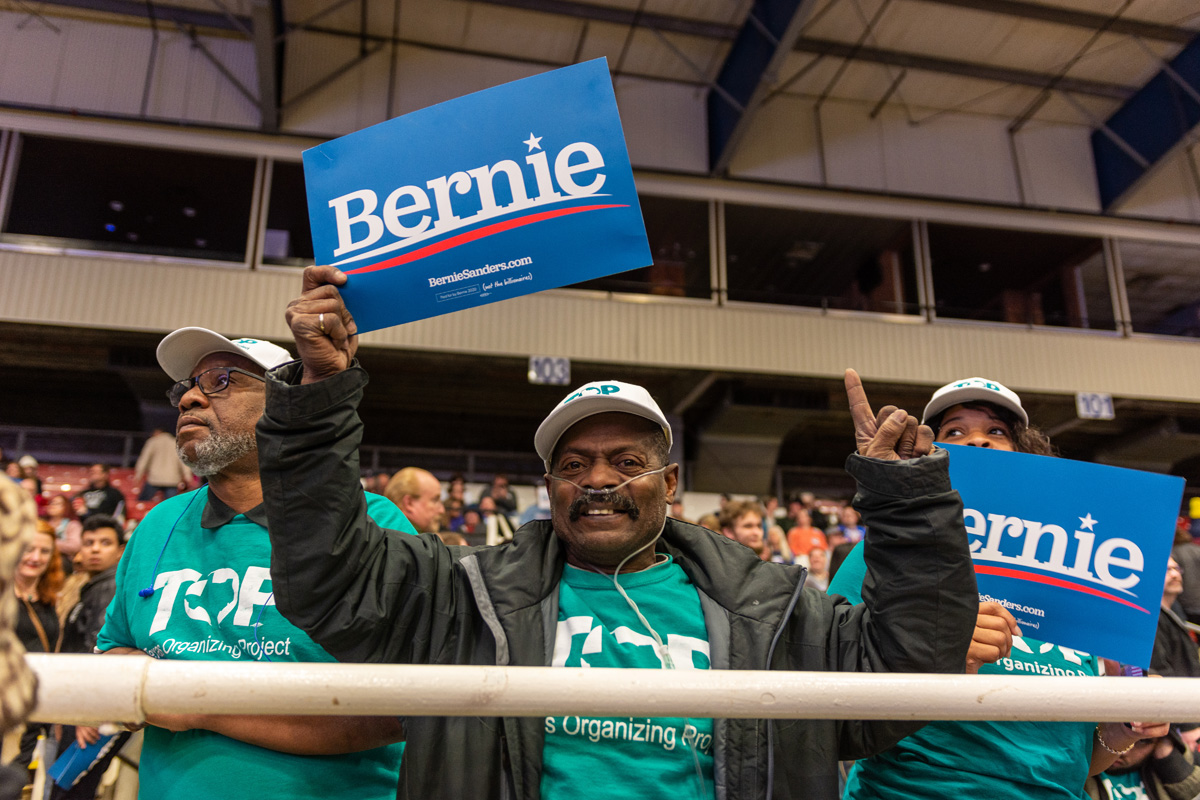 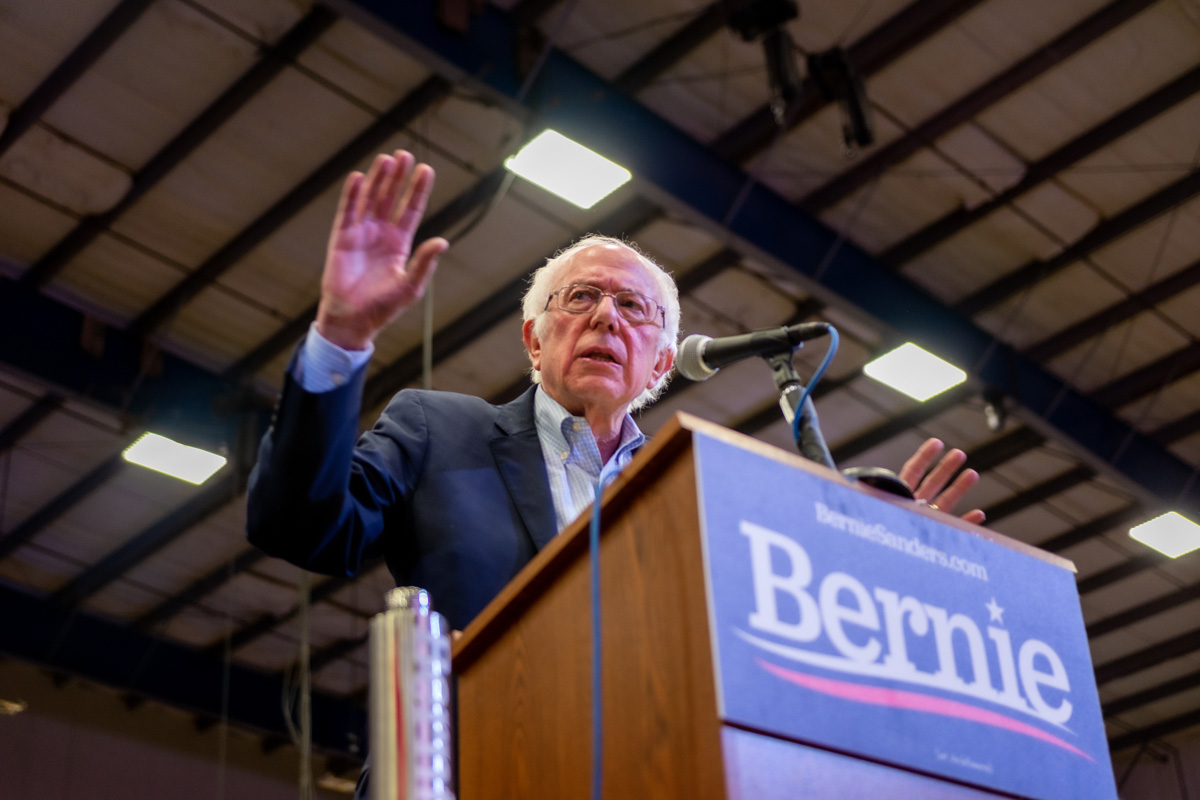 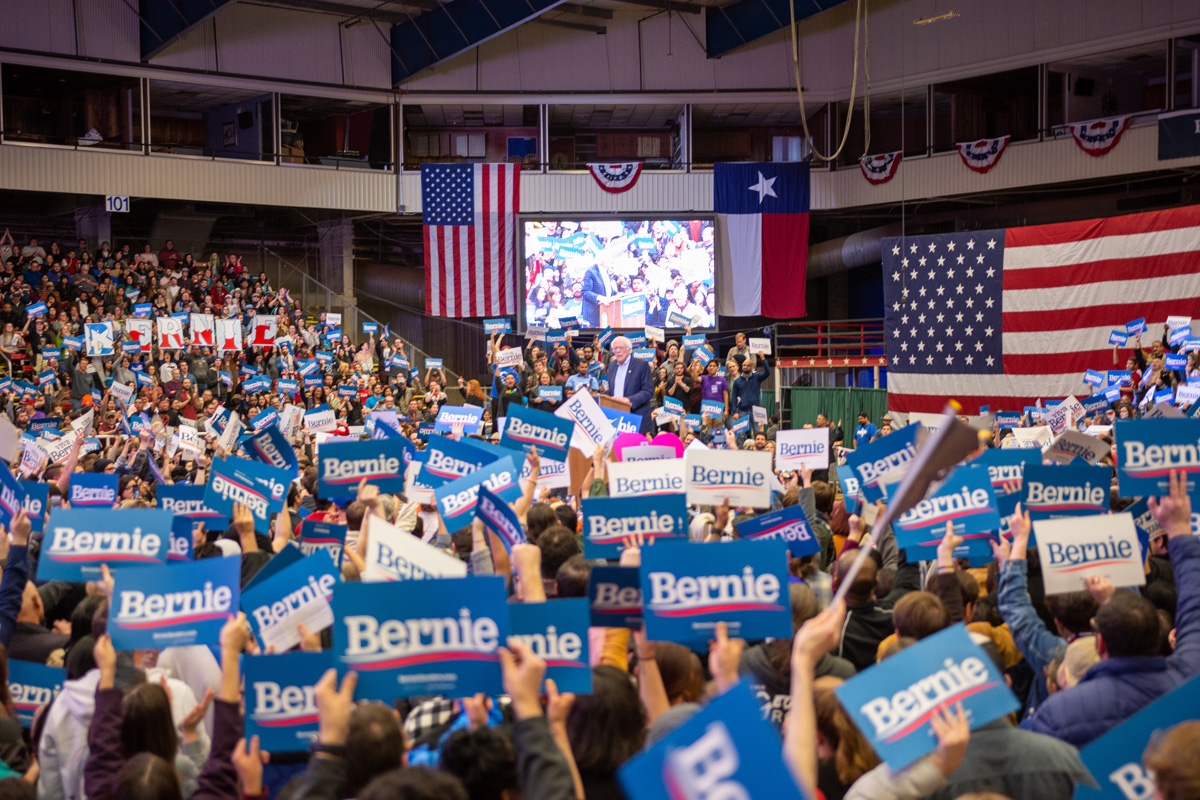 The Presidential Candidate’s Rally At The Mesquite Rodeo Saw An Opening Set From Dallas’ Own Vandoliers, A Little Bit Of Bullshit & Near-Capacity Crowd.

“I have never been to a rodeo in my life,” said Democratic presidential candidate Bernie Sanders at a campaign rally in Mesquite on Friday night. “But I do work in Washington, D.C., and I do hear a lot of bullshit.”

The audience broke out into a hearty mixture of laughter and applause — but the sound of the latter far outweighed that of the former.

The perceived ineffective, crooked nature of “establishment” politicians in Washington has been a common qualm on both sides of the political aisle as of late, so much so that it’s almost as commonplace as jokes about airline food or Texas weather.

But to Sanders and his supporters, a dysfunctional political system that doesn’t serve its constituency is anything but a joke.

To a hearty welcome, Sanders finally took the Mesquite Rodeo stage around 8:40 p.m., following an opening set from Dallas-based alt-country band Vandoliers. (Hearing Sanders pronounce the band’s name in his trademark Brooklyn accent as ““Van-duh-lee-uhz” made for a chuckle.)

Aside from the event-tailored introductory remarks and a brief pause to help a fainting audience member get medical attention, Sanders’ speech was almost verbatim to other speeches he’s given on this campaign trail (and his preceding campaign trails), but the crowd’s enthusiasm and vigor were so unwavering that it hardly mattered. And, though Sanders’ base has a reputation of being chock-full of supposed mansplain-y white dudes known as “Bernie Bros,” if we’re playing identity politics, the crowd at the Mesquite Rodeo was quite diverse in terms of race and gender.

“Real change in America has never taken place from the top-on-down, but always from the bottom-on-up,” Sanders said.

Sanders brought up a wide variety of issues and equally varied solutions, and whether these touched on climate change or prison reform, they were all bound together by the idea that systemic change will never happen as long as our institutions remain beholden to the elite as they presently are. To that end, he reiterated his long-articulated support of a progressive tax system, of Medicare For All and of a tuition-free college program that would eliminate student loan debt.

Sanders has often been regarded as an anomaly for having such a zealous following, despite his staunch advocacy for something as taboo as democratic socialism — something Donald Trump and Republicans have tried to weaponize against him. Still, there should be something said for Sanders’ ability to gather thousands of people for a rally in Mesquite with less than a week’s notice.

“This country belongs to all of us — not just the one percent,” he shouted to a rapturous ovation from the crowd of what a campaign official cited to us as 5,374 people.

While the Mesquite Rodeo was nearly at-capacity — even with its floor made into a standing area — many supporters waited outside and couldn’t make it in. It was nice of Sanders’s campaign to give Mesquite an economic boost, but it should be noted that the venue wasn’t built to accommodate a crowd of such a size. Some couldn’t find parking, and others couldn’t even make it to the arena because of rush-hour traffic. That much even plagued the candidate himself: About 45 minutes before Sanders took the podium, event volunteers told press that Sanders was stuck in traffic and that a power outage at the arena had stalled the event.

In all, Sanders was on and off the podium in about 40 minutes total. As the Senator exited the spotlight, the crowd dispersed all at once as “Takin’ It To the Streets” by the Doobie Brothers played over the venue’s public address system.

The contagious sense of inspiration and atmosphere of unity then quickly dissipated as people honked at others while fighting bottlenecked traffic on the way home.