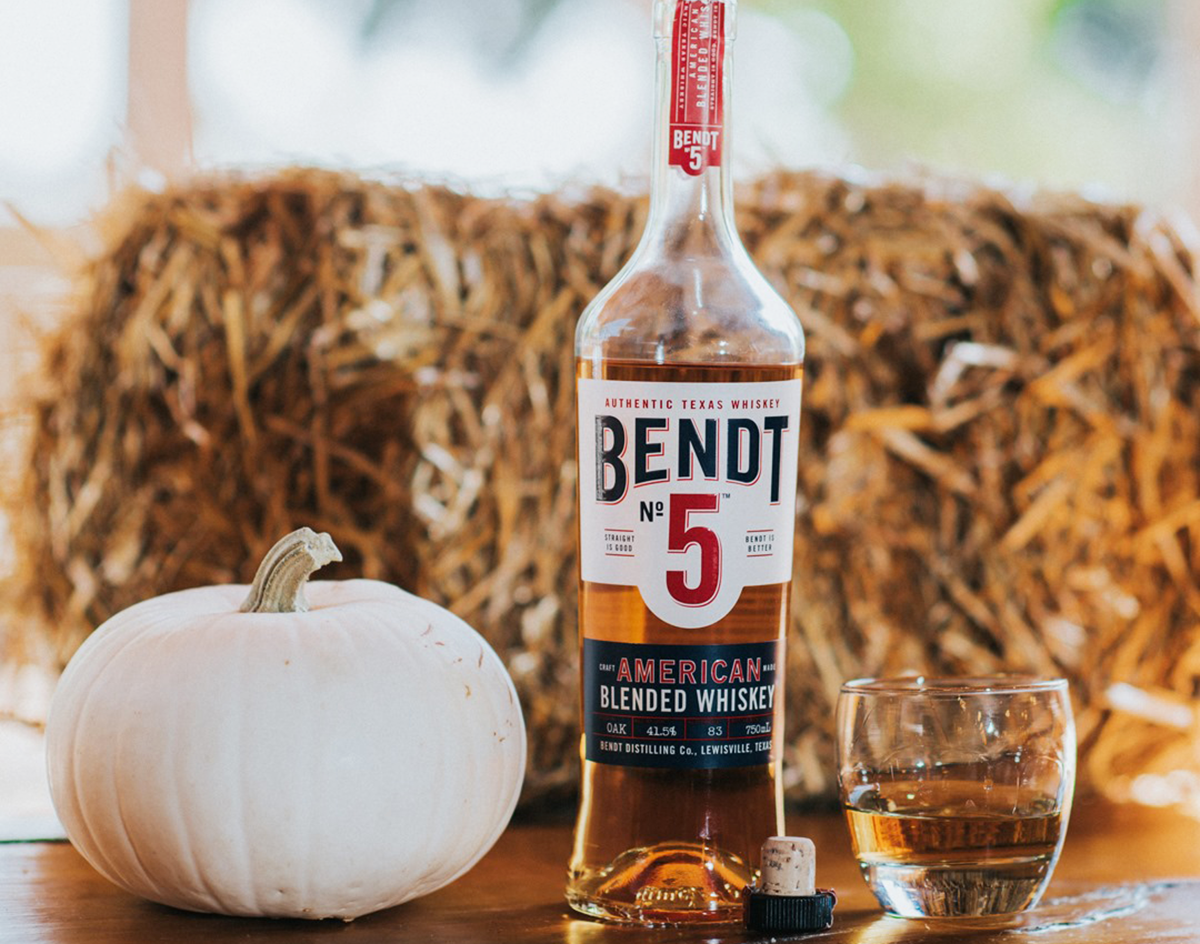 With A New One-Of-Its-Kind Blend, BENDT Distilling Co. Founder Natasha DeHart Is Spilling Over Into The Male-Dominated Whiskey Industry.

Far too often is the term “blended” synonymous with cheap or artificially flavored beverages, but Natasha DeHart is working to change that with her distillery’s new whiskey.

DeHart is one of few female distillery founders and whiskey blenders in the U.S. She’s also the woman behind the distillery formerly known as Witherspoon in Lewisville, now known as Bendt.

Though whiskey is still somewhat of a new venture for DeHart, they Bendt team has been in the beverage game for quite some time, as Bendt began as a small distillery in 2011. Now, the local distillery is pulling up a chair — and pouring us a glass — at the whiskey distilling table.

Having just released BENDT No. 5 American Blended Whiskey – which is the first-ever blend of bourbon, rye, malt, wheat and light-small batch Texas whiskeys – we thought now would be a good time to catch up with DeHart for a taste of what Bendt has to offer.

How did you get started making whiskey for a living?
Although [my husband and I] loved whiskey for as long as I can remember, we really started with beer. We lived and worked in Germany for a number of years, and fell in love with the simple, yet perfect German beer. When we moved back to the states, we struggled to find beers that compared to what we had become accustomed to while living overseas. This was before the craft beer industry blossomed into what it is today, so our options were limited, and we started home-brewing. Brewing beer evolved into making wine and eventually into making whiskey. We started a small distillery in 2011 and became official in 2012. We’ve grown over the years, and in 2015 we purchased and renovated an abandoned Piggly Wiggly grocery store in Old Town Lewisville. We’re still working on the “making a living” part of the business, but we love what we do and know it will come in time.

How does your process work at the distillery?
We make bourbon, rye, malt, wheat and light whiskeys. In general though, we source our grain locally from MBS Seed in Denton. We then mill the grain, ferment, distill, age and blend our whiskey here under one roof.

What makes BENDT different?
BENDT No. 5 is the first of its kind. We’ve handcrafted five whiskeys, then blended them together to create a single whiskey that allows each of its components to shine. Although American blends are fairly common, BENDT No. 5 sets itself apart by not using any grain-neutral spirit, and by being a blend of five individually superb whiskeys that were distilled, aged and blended by one single distillery: BENDT Distilling Co.

Who are your mentors in the business?
One of the scariest parts of entrepreneurship is very often being on your own. Although I’ve had great mentors for one area of the business or another, the business as a whole has been a path we’ve largely had to clear on our own, especially in the beginning. Fortunately, my husband and business partner, Ryan, and I have had each other every step of the way. More recently, I have been fortunate to have a wonderful mentor with decades of experience in the whiskey industry, [and] the early years of going it alone have definitely made me appreciate having someone to bounce ideas off of or just to talk shop with.

What has been something you thought would be difficult but wasn’t, or vice versa?
I thought it would be difficult to work with my spouse, but it really hasn’t been. Our friends and family warned us that we shouldn’t work together and that it would strain our relationship. Working together has been awesome, and although it’s not all romantic walks in the park, we’re still married, have three more kids than when we started this business and we don’t hate each other, so… success!

Absolutely. So what has been the biggest challenge for you as a woman in a male-dominated field?
Being taken seriously. Although I am thrilled to see more women in leadership roles in the whiskey business, it is still a male-dominated industry. As women, we’re still few and far between in leadership roles as whiskey generally continues to be a boys club. In the eight years since we founded the distillery, the whiskey industry has evolved immensely. Years ago I received a call from our distributor requesting that I speak at a conference on the topic of “women in the distilling business.” I was told that they planned to have several speakers and would send me an agenda. Weeks later I was told that they couldn’t find enough women in the industry, so they were pulling the topic entirely. It’s amazing how quickly times are changing, and it’s so refreshing to see the influx of female talent and creativity coming into both whiskey and distilled spirits in general.

Speaking of spirits, what do you drink at home?
Over the past couple of months, BENDT No. 5 has been my go-to, but I still love our bourbon and rye whiskeys. And for days when I’m in the mood for Scotch, I’ll pull out a bottle of GlenDronach 15 year Revival.

Do you ever cook or bake with your whiskey?
All the time! We’ve always made rum cakes for distillery guests, and have just been playing around with a BENDT No. 5 whiskey cake that’s to die for.