Before You Wreck Yourself. 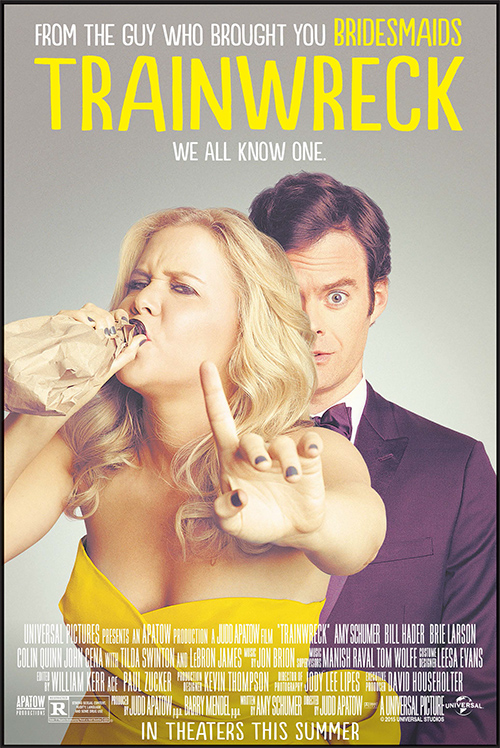 Come See An Early Screening Of Amy Schumer's Trainwreck With Us!

OK, so a movie that follows the love life of a 30-something woman with a thriving social life and a promising career doesn't exactly sound unlike most rom-coms out there.

But here's the thing: Trainwreck has an angle you probably wouldn't expect. Rather than being some hopeless romantic who's pining over her ex-lovers, Amy (played by Amy Schumer) was brought up to believe that monogamy is unrealistic. Better yet, she's totally OK with that — until Aaron (Bill Hader) continues to maintain contact after what Amy thought was just another in a string of one-night-stands. Suddenly, everything she thought she knew about men — and maybe romance on the whole — is thrown out the window.

Also cool? Trainwreck isn't just the great Amy Schumer's first starring turn in a major motion picture; Schumer (who's coming to town October 18 as part of the Oddball Comedy and Curiosities Festival, by the way) also wrote the damn thing. Add in the fact that LeBron James also plays himself in the film, playing a charming but total failure of an advice guru to Hader, and it's safe to say that this one, directed and produced by Judd Apatow and due out on July 17, has got some promise, we think.

Check out the trailer below.

OK, now here's the best part: We've teamed up with Universal Pictures to present a free early screening of the film at 7:30 p.m. on Tuesday, July 14, at AMC Northpark. Want in on the action? You got it. Simply head here to enter to win some passes.

Before you do, though, just know that the following rules apply:
• You must have a valid e-mail address
• You must be able to attend the screening
• You must be 18 years or older to enter.
• Only one entry per person, please.
• These seats are not guaranteed, and early arrival encouraged. There will be no seating after showtime and once the theater is full, it's full; your pass only gets you in if you get in line early enough.
• The pass is NON TRANSFERABLE. If you win, the pass is specific to you. If someone else shows up using your winnings, that person won't be able to get in.