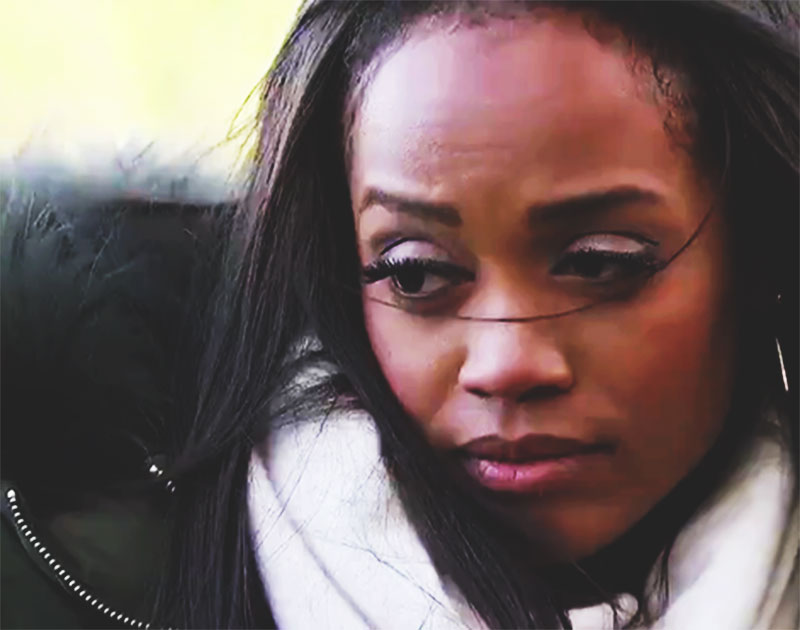 This Week, Rachel Friend-Zoned One Of Her Dallas-Based Beaus And The Producers Continued Their Goddamn “To Be Continued…” Trend For God Knows What Reason.

Y’all. The Bachelorette is on twice this week. Twice! Are you excited? That means we get double the drama, double the love puns, and double the awkward kissing.

So what do we get in the first of this week’s two offerings? Well, the Lee-and-Kenny drama from last week is still at the forefront of things, but it’s not the only story. This episode picks up with Jack from Dallas having his one-on-one date. Did you remember that we hadn’t seen his one-on-one yet? I didn’t, and I bet he wishes we hadn’t, either, as his date doesn’t go super well for him, with Rachel friend-zoning him and sending him packing back here to North Texas.

Then, after 40 minutes, the remaining men and Rachel fly off to Norway to start on some international traveling.

In all, we get a one-on-one date, a pretty fun group date, and the beginning (not the end) of the dreaded, and super predictable, two-on-one between Lee and Kenny.

Onto the numbers from this week!

I Love You Utterances: 2. Jack mentions in his interview he could see himself falling in love with Rachel, and Bryan actually says he’s falling in love with her — to her face! How’d this work out for these guys? Well, Jack got sent home, but Bryan got a rose. I’m pretty sure Rachel is into Bryan. My evidence for this is based on my foolproof observation that they cannot keep their hands off each other whenever they’re together.

Shirtless Guys: 1. Since the majority of this episode takes place in Oslo, Norway, swimming would be kind of cold. But, hey, Peter gets lucky enough to score a hot tub moment with Rachel during his alone time on the group date, so there’s that.

Cries: 3. Rachel gets teary-eyed when saying bye to Jack, Kenny gets emotional talking to his daughter, and Iggy cries when he doesn’t get a rose during the rose ceremony even though all he ever really did on this show was go on five group dates.

Exes mentioned: 2. Since the show is halfway through the season at this point, past relationship talks are starting to come out. Yay?

Confrontations: 1. Well, I suppose this episode has more than that, but they’re really all just different versions of the same old confrontation between Lee and Kenny, so I’m counting it as one constant confrontation instead of different ones. Seriously: Every time these guys are together, they bicker. This is so going to be the focus of the “Men Tell All” episode in a few weeks.

Bryan’s heating up! In this episode, he receives both the group date rose (a spillover from last week, but still) and gets a one-on-one date. As already noted, Rachel is completely smitten with him at this point. I get it: He’s beyond charming, and he seems to have a cool head on his shoulders. Is he too good to be true and just saying all the right things? Sure, that’s possible. But it’s a good thing that he’s older (he’s 37), as it makes him seem more genuine when he talks about settling down. Alas, Rachel could be just like the rest of us who psych themselves out when someone wonderful comes along.

It’s still Lee. Obviously. Enough has been written about him and his antics at this point. He’s sneaky and cares more about beating Kenny than getting to know Rachel. Also, he works out in jeans and boots. Who does that? Lee does because he is the worst.

So, this is something that’s becoming a “thing” with this show: “To be continued…” And, I gotta say, it’s annoying! Listen up, ABC: If someone is watching this show, they’re watching it from the beginning. You’re not getting new viewers because you end the show in the middle of a dramatic date for a “to be continued…” line to pop up followed by an ultra-dramatic promo for the next episode’s album. This shtick worked when you used it sparingly in earlier seasons, but now it’s almost every week and it’s starting to take the momentum out of the show. Go back to the old format! It worked, I promise.

Tonight, we get the dramatic finish of the two-on-one between Kenny and Lee. After that, who knows what’s up? This damn feud took up all the promo. Here’s looking forward to it, I guess.