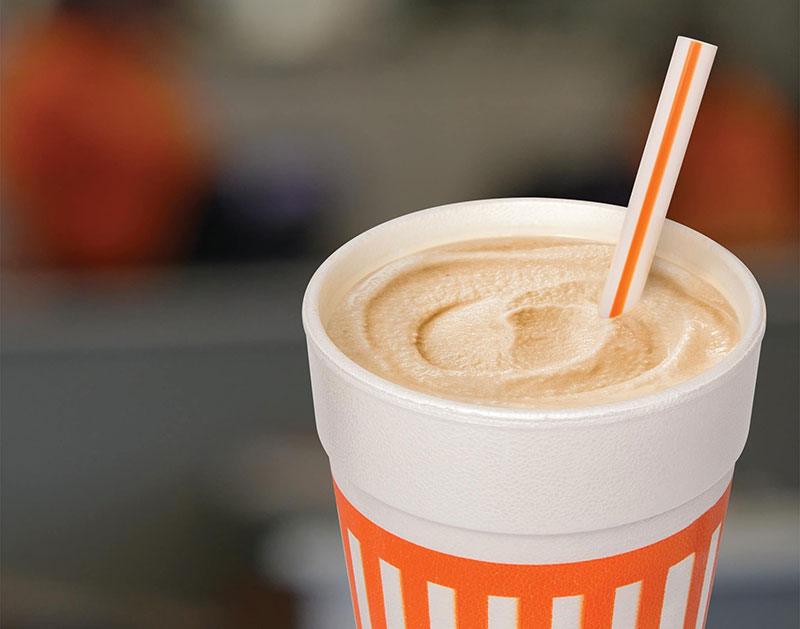 Whataburger’s New Coffee Milkshake Is Only Available For A Limited Time, Which Is Fitting Since Its Flavors Are A Little Limited, Too.

Even after the most filling of meals, seeing that familiar orange-and-white glow of a Whataburger on the side of the road can have you feeling like you can make just a little bit more room for some deliciousness in your gullets. It’s just the way things are, really: As anyone here in Texas knows, the mere mention of the Texas fast food savior can evoke cravings that eaters weren’t even aware they were ready to have.

Such was also the case when the burger giant revealed not too long ago the limited-run addition to its menu of an unexpected treat that’s worth enjoying at any time during the day — the coffee milkshake.

While the thought of coffee from fast food joints can conjure up unpleasant memories of bitter bean water, the combination of coffee and dessert here puts the senses at ease. That’s because, even though it’s supposedly made with real Colombian coffee beans, the coffee milkshake at Whataburger doesn’t really have an overwhelming coffee taste; rather, it tastes more like instant cappuccino mix combined with soft serve.

Still, that flavor works well with the smooth consistency of the shake. And, at just a few bucks, it’s not worth complaining too much about the lack of a ton of coffee taste here. Frankly, Whataburger does shakes well, and its experience on this front means you’re likely finish most of the drink before you really notice that the coffee flavor isn’t as pronounced as you might want it to be. It’s a solid effort, even if it’s only mildly coffee-flavored, pushing more the notion of a coffee shake than actually going all-in on the idea.

The drink comes with some other pros and cons, too. The pros are it’s cheap price point, and the fact the restaurant’s 24-hour operating hours makes this a super easily accessible summer treat. The cons are that the flavor option is a temporary one, with no telling when of when our Whataburger Overlords will phase the flavor out and make it available again.

In its own way, the temporary nature of the flavor may be its best draw, actually. It’s Whataburger’s way of appealing to coffee drinkers, milkshake lovers and curious palates alike without breaking the bank.

But anyone thinking that Whataburger is on the precipice of revolutionizing the frozen coffee drink game is, sadly, mistaken.

That said, it won’t hurt you to order it next time you get a honey butter chicken biscuit craving.