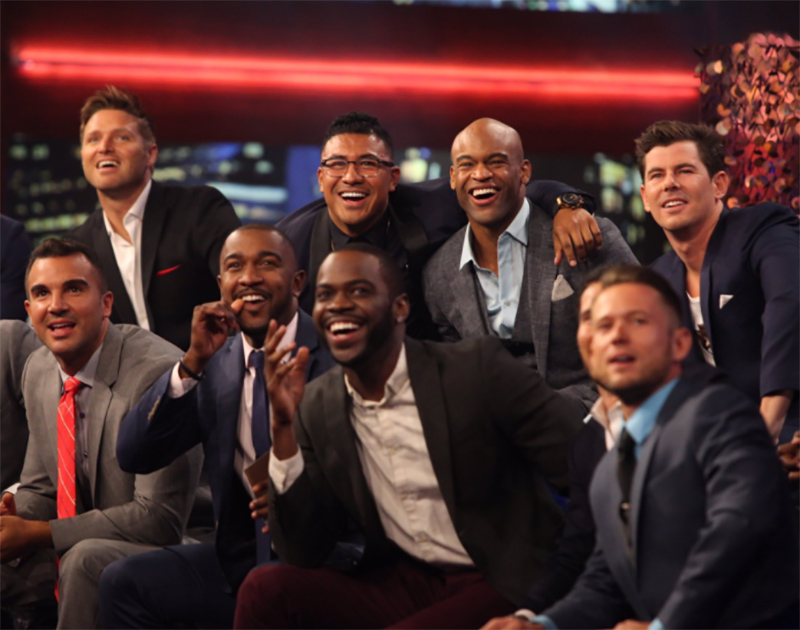 The Men Told All On This Week’s Episode Of The Bachelorette, Including Calling Out An Eliminated Contestant For His Racist Tweet.

The Bachelorette this week took its normal break before the finale for their “Men Tell All” episode.
Here we get to rehash all the drama from the season with the eliminated bachelors and Rachel. Kenny, Lee, and Dean were called up to the hot seat to talk about their experience on the show. There was some drama with Lucas (aka Mr. Waboom) but overall the episode only had one overly dramatic moment.
The primary focus was on the Kenny and Lee tension. Lee was in a no win situation from the beginning. The other guys rallied around Kenny and kept berating Lee. Lee apologized for his actions on the show, but Kenny wasn’t buying it.
Then when Lee sat in the hot seat, host Chris Harrison brought up his old tweets which showed Lee in a misogynistic and racist light. Lee’s old tweets included a racist comparison between the KKK and the NAACP and a question about whether or not any feminists are pretty.
And it (sadly) took a while and a lot of pressure from the other guys, but Lee eventually denounced his tweets. Though you have to wonder if he was just doing this because he got caught. Would he have ever denounced these tweets on his own? Probably not.
Dean also timidly grabbed the spotlight as he confronted Rachel about why she let him go since she said she was falling in love with him. But when Rachel finally came out, the confrontation wasn’t intense at all. I guess he’s already over it.

I love you: 2. Rachel and Dean were talking about falling in love with each other in the past tense.
Interruptions: At least 10. Honestly I lost count. There were many times when the guys would jump up and interrupt whoever was talking. Lots of yelling and emotions.
Shirtless: 0.
Bro hugs: 0.
Right Reasons: 0.
Crying: 2. Kenny got emotional when they brought his daughter Mackenzie out, and Lee was getting emotional during his turn in the hot seat.
Drunk: 0.
Kiss: 3. All were in recap videos.
Confrontations: The major confrontations were the guys against Lucas for being obnoxious. And Lee for being a racist.
WABOOMs: 3. Honestly thought there would be more.

Overall, other than the Lee segment, this was an uneventful “Men Tell All” special. None of the guys got confrontational with Rachel in the hot seat.
Next week, we still have the ending of the overnight dates, final two dates and Rachel’s ultimate choice. Any guesses on who the final guy will be? Let us know who you think will grab the final rose.
Cover image via Twitter
No more articles