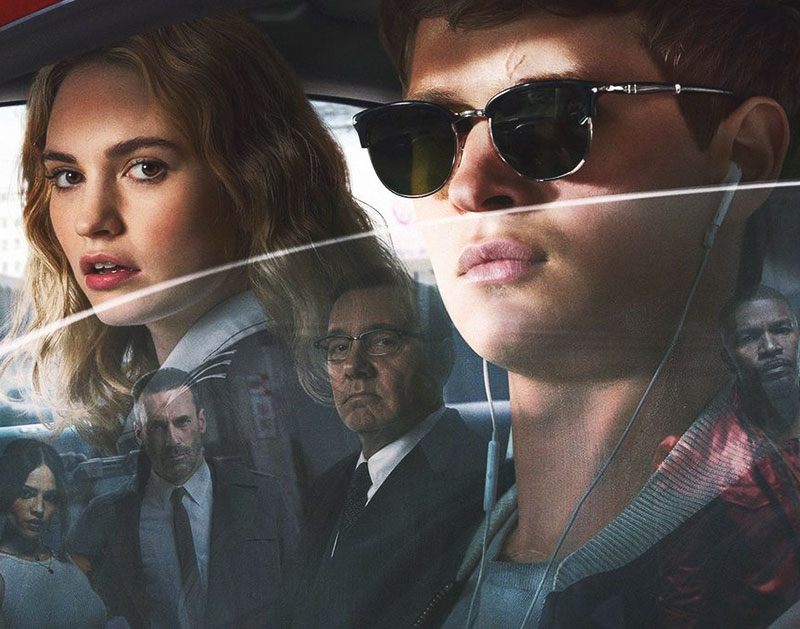 With Thrilling Action Sequences, Badass Characters And A Rad Soundtrack, Edgar Wright’s Baby Driver Is Everything Anyone Could Want In A Summer Action Film.

Based on its title alone, Baby Driver does not exactly sound like an appealing film. Frankly, it’s a bland title — and one that doesn’t give any real indication as to how fresh, fun, charming and intense Edgar Wright’s new film actually is.

Fact is, Baby Driver is everything anyone could want in a summer film — and, just for fun, it throws in some things audiences didn’t realize they wanted, too.

It’s modern and new. And, remarkably, it earns that praise while also still feeling rather familiar.

At its core, Baby Driver is a simple car chase film. Kevin Spacey’s character runs heists all around Atlanta, and even though his team changes with each heist, he always relies on the titular Baby (Ansel Elgort) to serve as his getaway driver. He’s got his reasons — namely that Baby is super skilled behind the wheel. But he’s not without his quirks either: Because of a hearing problem he’s had since youth, Baby is always plugged into his various iPods in order to pump himself up but also to help him maintain his focus on the job. Beyond the gig, he pines for a day when his getaway driver days will be behind him. But since he’s good and since it pays well, he keeps going, even as he becomes increasingly ready to be finished with Spacey.

With that plot in place, the film really begins to take off. It’s part Ocean’s Eleven, part Fast & Furious, with all the charm you’d expect of a Wright (Hot Fuzz, Shaun of the Dead, Scott Pilgrim vs. The World) film.

The way Wright — with some help from Kid Koala — incorporates music into this movie is impressive. Wright employs his soundtrack here much like it’s a character unto itself. As the film’s story unfolds, the music serves to keep the beat and pace of each scene — so much so that, when the music cuts off, it will throw audiences off balance, which is indeed the intended effect.

That musical know-how is something Wright’s displayed in his earlier works, as is his ability to create characters with some real gravitas to them. In Baby Driver, his cast may be made up of criminals, but the dialogue and backstories he uses to set these characters up will give audiences a real sense of who these people are. Jon Hamm and Jaime Foxx are real standouts in this regard: They’re great fun, to the point of even deserving their own personal spin-offs. Spacey’s character is less realized, but hearing him recite Wright’s always punchy dialogue is a real treat. And Elgort, to his credit, does quite well as the lead. He carries a bit of a modern-day James Deans swagger to him — albeit a nerdier version — as he falls helplessly in love with a diner waitress named Deborah (Lily James) and daydreams of heading out west to the open road with his badass car, his killer tunes and his gal by his side.

Even more exhilarating is that the action scenes here don’t just thrill, but actually make sense in the film’s grand scheme. Whereas most action films’ highest-octane offerings end up feeling convoluted and difficult to follow, Wright’s car chases are breathtaking, fun and, unlike the antics of Dominic Toretto and his crew, at least somewhat plausible.

All combined, it adds up to the most fun audiences are likely to have at the movies this summer. Baby Driver is full of color and spunk; its cast is rich and wonderful; and its jokes and payoffs will alike take audiences by surprise.