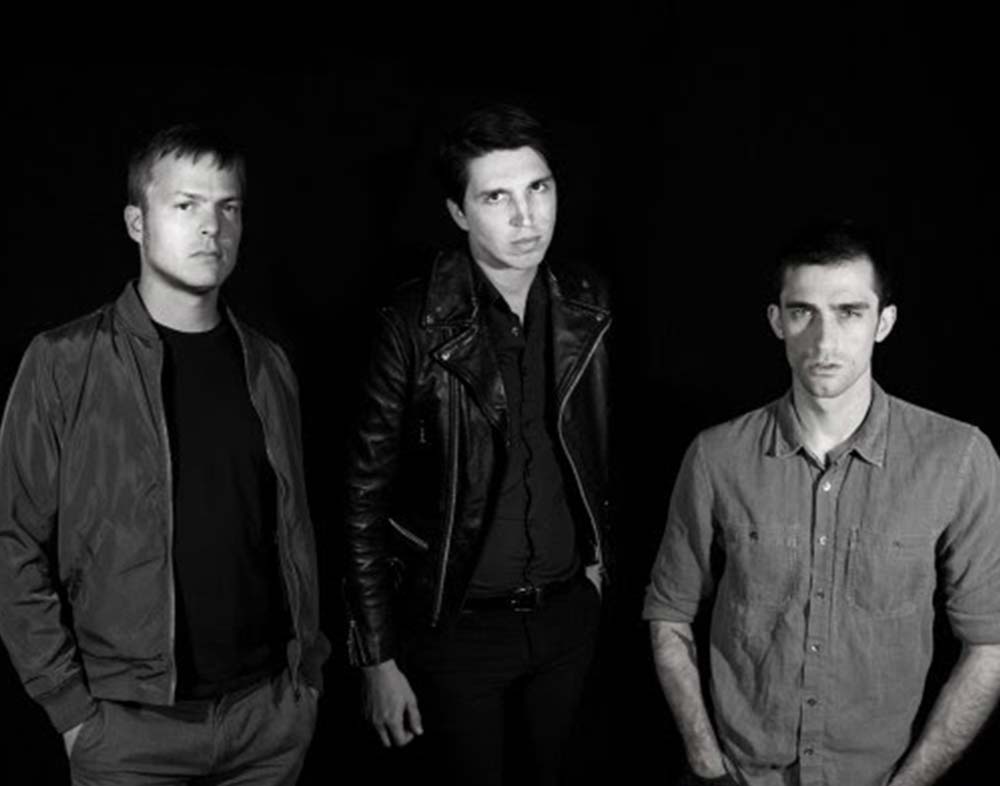 Matthew McNeal – “Change”
RIYL: Turning and facing the strange.
What else you should know: Following February’s Good Luck LP, McNeal’s now ready to release singles from a forthcoming project. At first listen, the poppy and soulful “Change,” is, well, an abrupt change for the Americana musician. Or is it? Says McNeal: “Playing so many dates across the country these past [three to four] years has really helped open our eyes and come into our own. Though it might seem like a different side of us upon first listen, we really wanna showcase that we’ve always been genre-bending and making it all happen with music from the soul, whether that’s in the traditional ‘soul music’ sense or otherwise… We just like making whatever music we want to make and blend all of the styles we like.” He returns home from a tour with Israel Nash this weekend, playing Saturday, September 22, at Fort Worth’s Shipping & Receiving.

Casual Twins – “Honey Bee” / “Let It Out”
RIYL: Network TV.
What else you should know: Like they’ve done regularly of late, the duo of Tony Ferraro and Steven Altuna recently released two more new singles. Unlike the Netflix model of releasing your whole album all at once for everybody to binge on, it seems these dudes have adopted the retro model of weekly, episodic releases. If nothing else, it’s a nice change of pace that makes for easier digestion.

Bad Sports – “Don’t Deserve Love”
RIYL: Modern punk.
What else you should know: It’s not always easy to distinguish between new material from Bad Sports and the groups they share members with (OBN III’s, Radioactivity, Mind Spiders, VIDEO, Wax Museums and so on), many of which have released music via the Oregon-turned-Wisconsin-based Dirtnap Records. This single’s no different, really. It’s on the fourth full-length from the 10-year-old band, and once again you’ll find it on Dirtnap.

Grassland Fire – “Some Say”
RIYL: Instruments with flames on them.
What else you should know: This Dallas punkabilly supergroup finished mixing its debut EP back in July, and should be ready to release that collection in full in the near future. For now, this single will have to do. Live shows are a bit out of the question considering the touring schedules of at least one of its members, Reverend Horton Heat bassist Jimbo Wallace. Joining him here are his fellow Dallas music scene vets Cameron Brand, Brian Weems and Benjamin Fleming.

Kyoto Lo-Fi – “Godot”
RIYL: Pitchfork’s favorite albums of 2008.
What else you should know: Dallas up-and-comers Kyoto Lo-Fi follow up their 2016 EP with their first professionally produced single, and the promise of a new project out this winter. What a tease it is, too. “Godot,” which we’re stoked to premiere in this space, hints at a more radio-ready direction from the band with its quick drumming and jangly guitars. It’s sound a lot like Bloc Party and/or The Strokes, which is to say it’s right in my wheelhouse. And if you read even one music blog circa 2008, it’s likely up your alley, too.

Sydney Anderson — s/t
RIYL: Barney and his friends.
What else you should know: The pop country singer has been at it for over a decade, even taking vocal lessons from the same coach as Demi Lovato and Selena Gomez. She does sing well, and could just as soon blow up in the pop “country” world in the way Demi and Selena did in the straight pop arena. It’s nice to have goals, anyway.

The Fibs – “Simply Divine”
RIYL: Sweet little lies.
What else you should know: The band liked the producers of its first record so much — Dreamy Soundz’ Jennifer and Robby Rux — that they invited them to become full-fledged members this time around. The Ruxes even reprised their roles behind the glass this time too, putting a slicker sheen on things this time around. The track above, which comes from a forthcoming self-titled sophomore record, premiered at New Noise Magazine. An album release show is set for Friday, September 28, at Main At South Side in Fort Worth.

Lil Texas – “I Am Excited”
RIYL: Blowing your hair back.
What else you should know: Much like those old animated shows with heavy strobe sequences — yeah, we’re looking at you Pokémon — this “heavy techno” track should also come with a warning that it may induce seizures. It’s an intense, speaker-blowing experience. Pretty fun stuff, too, hard as it is to dance to or even breath much during.

Alejandro Escovedo — The Crossing
RIYL: Distorted guitars.
What else you should know: We’ve previously posted a couple singles from this Texas music icon’s new album, but the full thing is finally out as of last Friday. To reiterate, the Belmont resident’s latest is his punk-iest effort in a good long while, even featuring MC5’s Wayne Kramer on “Sonica USA.”

LOAFERS – “Formaldehyde”
RIYL: Anatomical preservation.
What else you should know: One of two new tracks released by the Waco-turned-Dallas favorites, this lo-fi little garage number was recorded last summer with Fort Worth producer Britt Robisheaux, which is to say it was put to tape long before the recent addition of ex-Rocket Arm drummer Adam Locklear behind the kit. We can only imagine that the sonic assault has been ramped way the fuck up since.

Salim Nourallah — South
RIYL: The Beatles.
What else you should know: Venerable Dallas producer Nourallah’s got a new double album in the works. Ahead of its release later in the fall, he’s been releasing four, direction-titled EPs featuring songs from the record, along with rarities, bonus tracks, previously-unreleased songs and re-imaginings of old material. This is the latest of those.

Rhett Miller – “Total Disaster”
RIYL: Being a most messed up mother fucker.
What else you should know: On his July appearance on Chris Shiflett’s Walking the Floor podcast, Miller “accidentally” let slip he had both a new solo album coming along with the long-teased new Old 97’s Christmas album we’ve been expecting. Finally, just a couple days ago, both of those albums were officially announced by Miller’s ATO Records label home. Along with said announcement came this buoyant new single, which lilts along quite nicely for a number about being such a fuck-up. The Messenger is out everywhere November 9, and you can pre-order both that and the 97’s holiday album right here.

10K Cash – “Stunna Shades (feat. Lil Yachty, G.U.N.)”
RIYL: Ghost riding the whip.
What else you should know: Put your stunna shades on. Now gas, break, dip, dip. Shake them dreads. Let me see you show your grill. Doors open, mayne. Now, watch ’em swing. And that, my friends, is how we do the Keke Challenge. Around here, anyway. And, yes, that is Lil Yachty you hear on this.