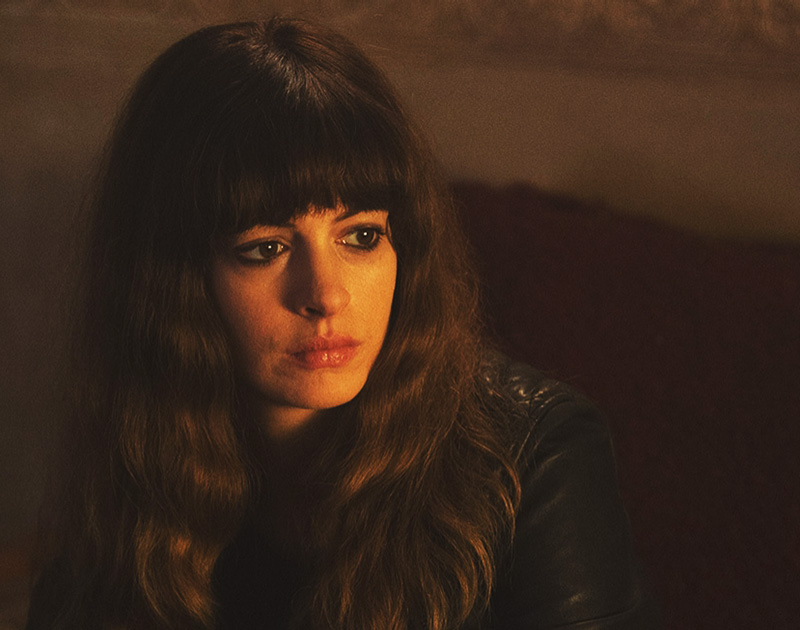 Alcoholism and addiction can be devastating both for the person going through these diseases and the people around them. And, in up-and-coming director Nacho Vigalondo’s new movie Colossal, the devastation surrounding these afflictions is very literal, as it arrives in the form a Godzilla-esque creature.

Anne Hathaway’s Gloria is to thank for that. She’s a hot mess. In the first five minutes of the film, she visits her boyfriend Tim (Dan Stevens), makes up the world’s worst excuse for why she’s been out all night, promptly gets dumped and then subsequently lets in a group of her pals into his place so they can get drunk — and early in the morning at that.

Looking to turn her life around, Gloria decides to move back to her parent’s place in Upstate New York and lick her wounds a while. Feeling obviously down on her self, she tries to start a smaller but more modest life for herself in this new environment when she runs into her old friend Oscar from school (Jason Sudekis) who never left town.

But after yet another inevitable bender, Gloria comes to realize that her problems may actually have worsened: She wakes up to news that a giant monster materialized out of nowhere and wrecked part of Seoul, South Korea, and, after some hilarious guesswork, she discovers that the monster is not only somehow her, but Oscar is also connected to a giant robot?

But maybe they’ll get better?

As she tries to piece her life back together, Gloria has to confront her issues, figure out why she can make a kaiju appear out of nowhere and determine how to make her inner beast stop killing people. What follows is a funny, awkward and intense film about overcoming addictions — oh, and the hidden threat of the “nice guy.”

The use of kaiju as the physical manifestation of the destructive power of addiction is indeed a powerful metaphor, making the movie’s outlandishly grand scope feel far more personal. It’s a brilliant take, and Hathaway takes full advantage of it by turning in an awesome performance as a slowly evolving character; she’s goofy, pathetic and a bit of a jerk sometimes, but it all rings true. Her shame and guilt over her actions that she may or may not remember is palpable and instantly relatable.

But, honestly, her star is outshone here by Sudeikis’. His character has even more depth than Hathaway’s; he’s a self-loathing enabler and poisonous to be around, the full embodiment every “m’lady” creep on the internet who thinks the the friend zone is a thing to be feared.

The only question here is whether Colossal‘s tone is insensitive to alcoholism, but Vigalondo handles its balance of lightness and darkness surprisingly well, bringing some much-needed levity and approachability to this unpleasant subject matter.

Actually, from the acting to the scrip, the entire film unveils like a rather pleasant surprise. It’s funny, it’s heartbreaking, it’s awkward and it’s intense. It’s also Vigalondo’s finest work, and a sure sign of a fine career to come.