And So It Ends: The Cowboys’ Season Is Over. 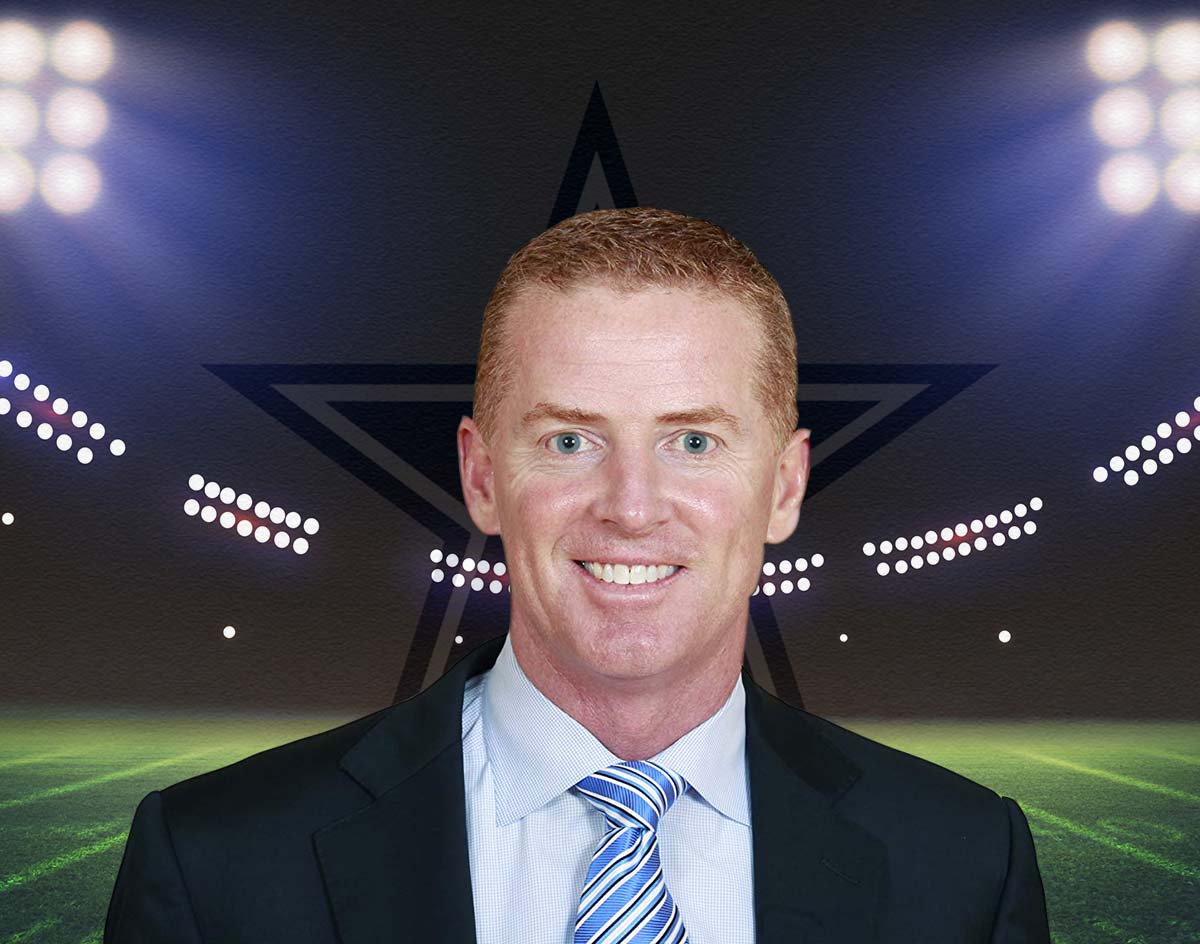 Frankly, The Dallas Cowboys Overachieved This Year. Saturday Night’s Playoff Loss To The Los Angeles Rams Showed That This Team Still Has A Ways To Go.

On Saturday night, the Los Angeles Rams beat the Dallas Cowboys 30-22 in a Divisional Round match-up that wrapped up the silver and blue’s 2018-2019 campaign.

While some figured such a loss was an inevitability, the Cowboys’ fan base was full of hope coming into the game — and rightly so. There were lots of reasons to believe that this wouldn’t be the Cowboys’ last game of the year: The defense had played big all season; no opposing defense had been able to consistently quiet Ezekiel Elliott; Dak Prescott (for all his flaws) had proven himself this year to be a calming and steady force at the end of close games; and the fact that this team had won eight of its eight games coming into this road playoff content.

Alas, any hopes along those lines were quickly dashed on Saturday in SoCal as a Dallas Cowboys defense that only allowed 3.7 yards per rush on the season found itself caught up in the Hollywood lights. In short: The Cowboys’ latest chase for a sixth championship trophy hit a brick wall in this one.

In the end, the game would be the Cowboys’ eighth straight road playoff loss and sixth Divisional Round loss in the past 23 years.

Let’s run down a few of the factors that played a role in Saturday night’s defeat.

There are three certainties in this life: Death, taxes and the knowledge that, if you ever wanna beat the Dallas Cowboys, you gotta shut down Zeke. Though the latter seems like an unfathomable feat at times, it does happen from time to time — and, boy, did it happen against the L.A. Rams.

Surprisingly, this Rams defense, which gave up 5.1 yards a rush on the season, was able to stifle the All-Pro back on Saturday. The two-time-leading rusher was held in check to the tune of 47 yards on 20 carries. While he did score a touchdown in this one, the fact that he just couldn’t get any momentum going was heartbreaking.

Was this the game where the Cowboys finally missed Travis Frederick’s presence? Maybe. Either way, his longest run in this one was for 15 yards. It was clear early on as he was getting consistently stuffed at the line that this was going to be a long night for the Cowboys’ offense.

Anderson And Gurley Couldn’t Be Stopped.

The Rams won this one by giving the Cowboys a taste of their own medicine — churning the clock, keeping the opposing D on the field for as long as possible and running the ball down the opposing D’s throat.

That was perhaps to be expected: On the year, Rams running back Todd Gurley was a close second behind Zeke in pretty much every rushing category this season. But while fans and pundits alike knew Gurley would be a handful — and he was, rushing for 115 yards and a touchdown on the day — the bigger surprise on the night came in the former of backup back C.J. Anderson’s contributions. Just recently signed to the Rams as a backup who could help shoulder some of the hobbled Gurley’s workload, Anderson tallied 123 yards and two touchdowns in this one.

Between these two backs’ impressive efforts, the Cowboys D found itself overwhelmed — and probably a little too scared of quarterback Jared Goff’s play-action potential. In the end, the Cowboys’ deficiencies allowed the Rams to register its highest rushing total in playoff history, and the highest total any playoff Cowboys team has ever given up, too.

The Rams Figured Out The Cowboys Defense.

They say defense wins championships — and maybe it does. But you know what beats a strong defense? Good coaching. Because, through carefully studying the Cowboys’ defensive habits, the Rams’ staff was able to identify a a major flaw in the Cowboys’ play. An article published on Sunday in The Ringer noted that Rams players were able to identify what the Cowboys defense’s plans for each upcoming play based on a series of the team’s pre-snap tells — namely where and how the defensive line would position itself in advance of each play. That effort chopped this unit — ranked at times as high as third in the league in rush yards allowed this year — down to size.

Thank to this intimate knowledge of the Cowboys’ D-line habits and their own aforementioned effective run game, the Rams were able to win this one by focusing on playing mistake-free ball on the offensive side of things. Goff didn’t even need to cross the 200-yard passing threshold to get a victory in this one; he just had to avoid mistakes, which he did by never once getting sacked, hurried or even knocked on his ass. Dude didn’t even relinquish any three-and-outs! As a result, the Rams became the first team to put up 30 points on the Cowboys all year.

Was it a disappointing end to the season? Without a doubt. But perhaps this game’s flaws could lead to positive change: Recently, there’s been talk of defensive backs coach, passing game coordinator and defensive coordinator Kris Richard taking over the mantle from Rod Marinelli as Dallas’ top defensive general — presuming he doesn’t get poached by another team to be its new head coach, anyway. Either way, let’s hope whoever in charge next year addresses the tells identified by the Rams in the article in The Ringer. Do that and there’s plenty of reason to believe that next year’s still-quite-young unit will be even better next year.

The Cowboys’ Offensive Play-Calling Was Once Again Uninspired.

Picture this: Dak passes for 266 yards with five completions of 20-plus yards and a score. He also runs for a touchdown. He has no turnovers and only gets sacked once. If we told you Dak would leave Saturday’s game with a line like that, you’d swear the Cowboys would be moving on to the NFC Championship game next week, right? Unfortunately, that’s not always how these things work.

Regardless, it’s obvious that, for the first time in a long time, this Cowboys loss wasn’t Dak’s fault. Sure, he showcased some of his typical blunders in this one — overthrowing or underthrowing balls, mainly — but he went down fighting. Better yet, he was able to spread the ball around to eight different receivers in this one. That’s an encouraging sign, as is his blossoming chemistry with rookie receiver Michael Gallup, which started to show late in the season. The top receiver in the game, Gallup was able to snag six catches for 119 yards on Saturday. Amari Cooper, meanwhile, added six more catches for 65 yards and a touchdown. Those are decent numbers for all involved.

So what was the problem? I’m putting this one around the coaching staff’s necks — and, specifically, on offensive coordinator Scott Linehan, who I’ve been railing against all season long. His offensive game plan in this game was anything but inspired. His unit here looked like it did back in the first game of the season against the Carolina Panthers. Sure, the Rams have a stout defense, and possibly the best defensive player in the league in Aaron Donald, but come on! The Cowboys’ offense was 1-for-10 on third-down conversions. How does this staff continue to forget that Dak can be a deadly weapon with his legs? If Zeke is getting stuffed, why not draw up plays to get Dak running around a bit? These guys get paid millions to know this stuff — but only when the game seemed out of reach did Dak start running. Offensive play-calling has been a problem all season long from a spectators point of view.

Could this latest blunder mean the end of the line for Linehan in Dallas? Today alone, head coach Jason Garrett has said Linehan will be back this year, but also said coaching staff decisions for this team’s future weren’t yet set in stone — so who knows?

I, for one, will be rooting for his ouster. And every other sane Cowboys fan out there should be right by my side.

Frustrating as Saturday night’s loss was, all is not lost.

Minus kicker Brett Maher, the Cowboys are the youngest team in the league, and the roster is filled with young, hungry future All-Pros who should only continue to grow and progress alongside one another in the years to come.

Zoom out a bit on things and it’s pretty easy to realize that this team year’s team frankly overachieved in accomplishing all that it did this season. This year wasn’t their moment, no. But it also maybe wasn’t supposed to be.

Still, here’s hoping this team returns to the field next season with a bigger chip on its shoulder and with the overall sense that it’s got something to prove. They’ll need to: After this year’s successes, expectations next season are bound to be higher.

And I don’t know about you all, but I’m already looking forward to it.