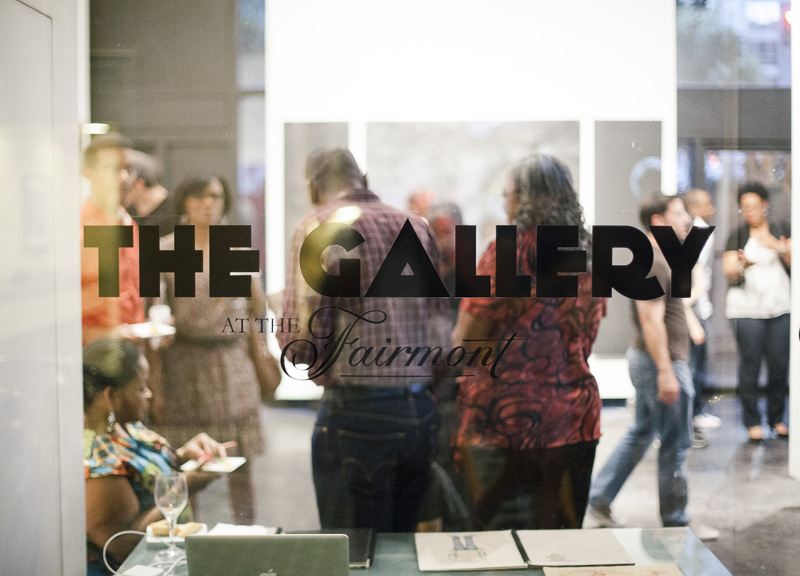 Scenes From Riley Holloway's SHOOK!!! Opening at the Fairmont Hotel on Friday.

After three months as the artist-in-residence at the Fairmont Hotel, North Texas-based artist Riley Holloway finally unveiled his latest works to the public this past Friday night.

Hosted in the Downtown Dallas hotel's street-level gallery, visible to passersby out on the sidewalk, the opening's atmosphere was warm and positive. Early in the evening, the space began to fill up with the artist's friends and supporters, all dressed to the nines and perfectly accessorized. Throughout the event, even after surveying Holloway's work, small groups of attendees lingered on in the gallery and the hotel lobby, handshakes and laughter abounding.

It was a nice, appropriately subdued scene, and justifiably so: The exhibition's been a long time coming for Holloway — longer than his three-month stay at the Fairmont might imply.

In 2011, Holloway dropped out of school to study classical painting in Florence. Shortly upon his return home to Arlington, he applied and eventually was selected to participate in the artist residency program at the Fairmont, now in its fourth year of operation. In April, he moved into the hotel, and over the course of three months, the 24-year-old artist created his first body of work — a selection of which is on display at this show — all the while attracting local media buzz.

The attention has been much deserved. Despite being so young and largely self-taught — his studio, provided by the hotel, contains a shelf that's just packed with books on drawing and art history — Holloway is an undeniably skilled portrait artist.

The majority of the loud and complex paintings in this exhibition center around realistically rendered figures and are overlaid with sketches, abstract marks and text. But rather than distract, these elements beckon viewers to take their time with the works and look closer.

The title of the exhibition — “SHOOK!!!” — was scrawled on almost every piece on display. This unifying theme references the concept of inspiration and the importance the artist places on the idea of being motivated. That message also extends to Holloway's handwritten poetry, which appears repeatedly throughout his paintings, and brings both a childlike simplicity and a mythical storytelling quality to his work.

Throughout the course of Friday's opening, Holloway himself was soft-spoken and modest. Though constantly surrounded by friends, family and admirers, he maintained a genuine and gracious smile while greeting visitors. Milling about the space, he happily responded to the near-constant stream of questions and congratulations.

The next step in the artist's plan, now that his residency at the Fairmont has come to an end, is to move to a new studio in Dallas.

When asked whether he felt exhausted from creating his first body of work during these past three months, though, Holloway finally broke out into a laugh.

“A little bit,” he said. “But mostly I'm excited to keep going.” 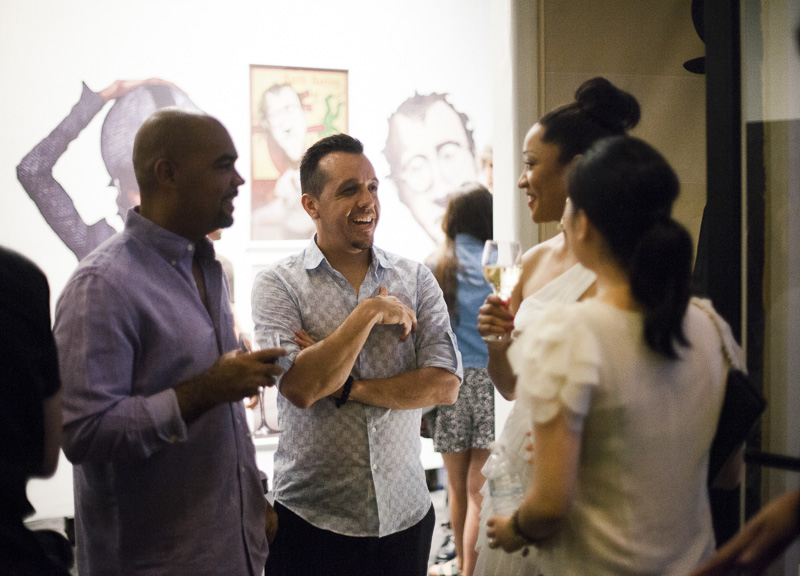 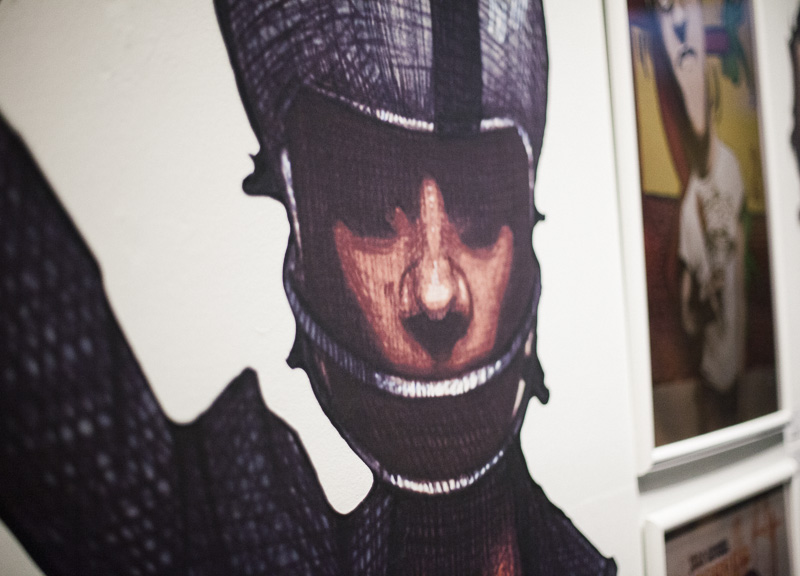 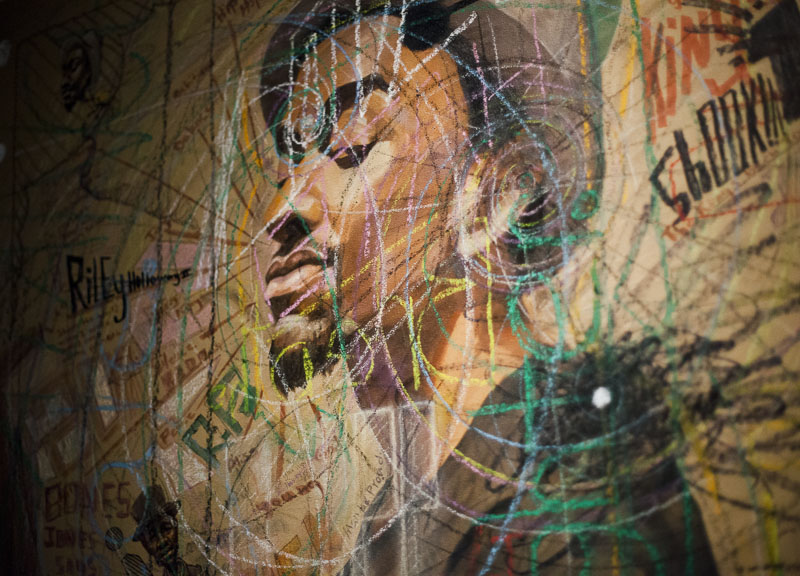 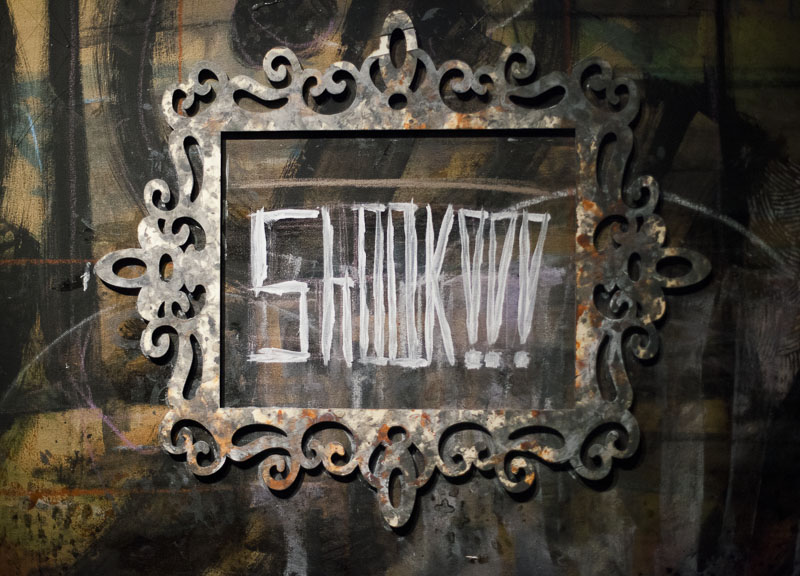 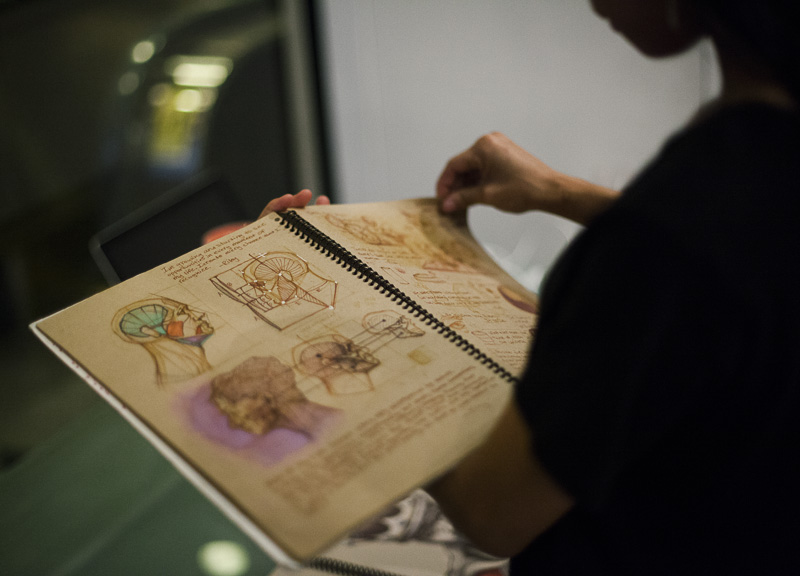 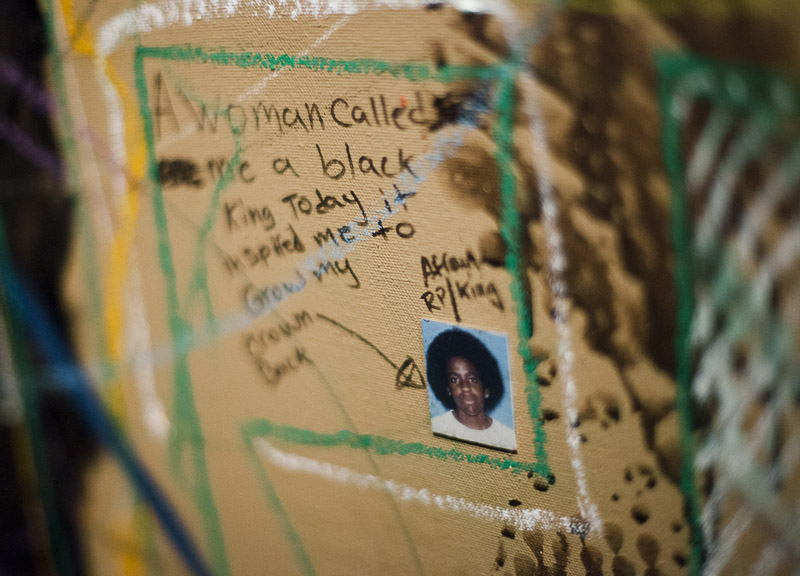 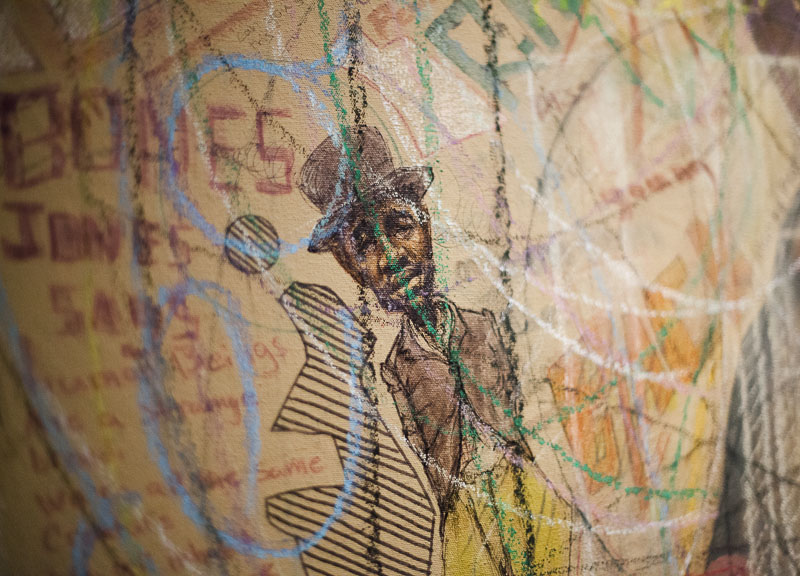 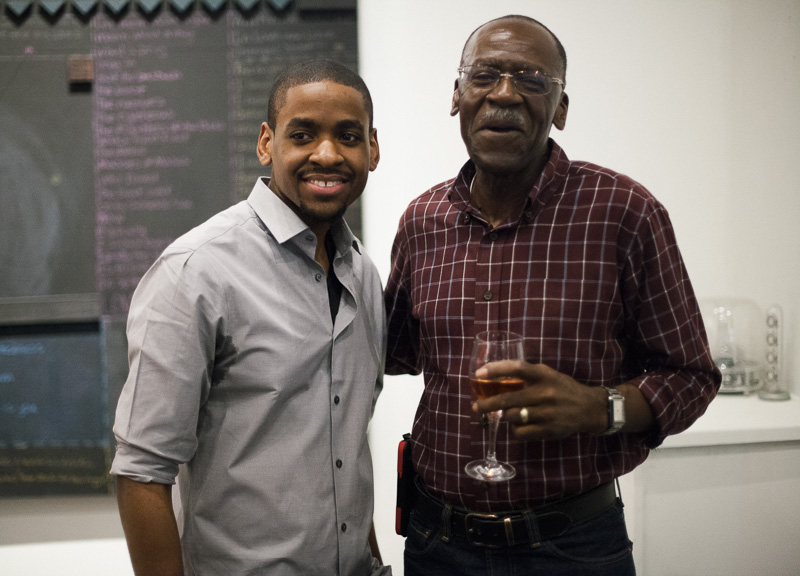 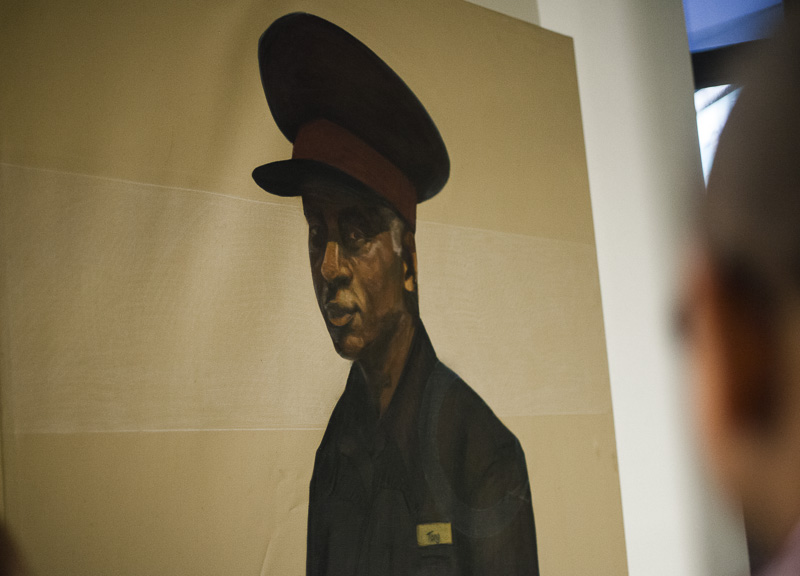 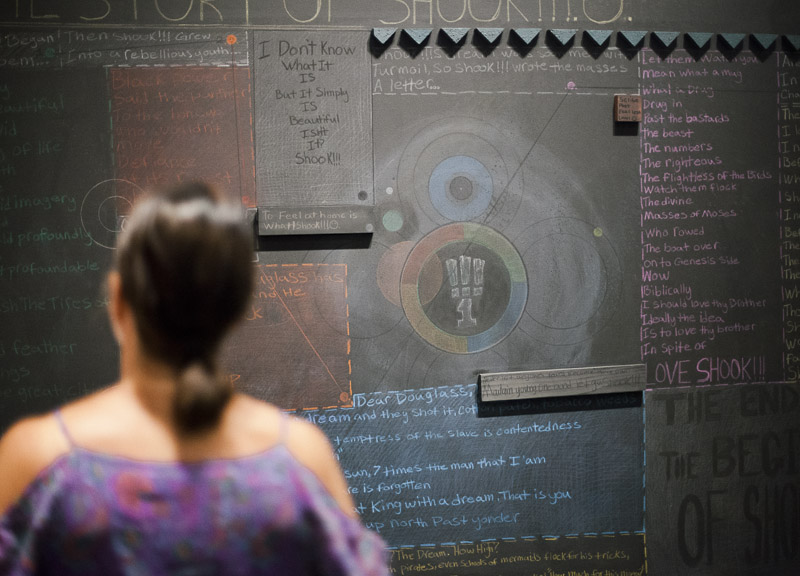 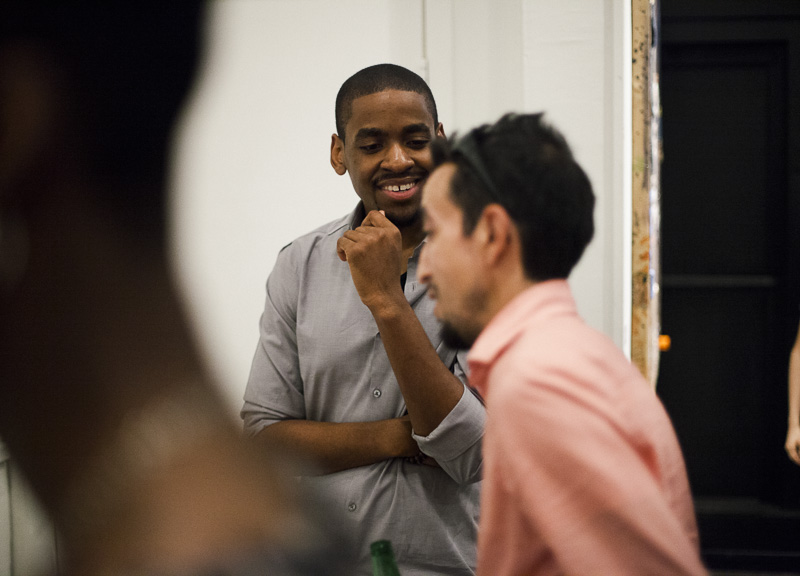 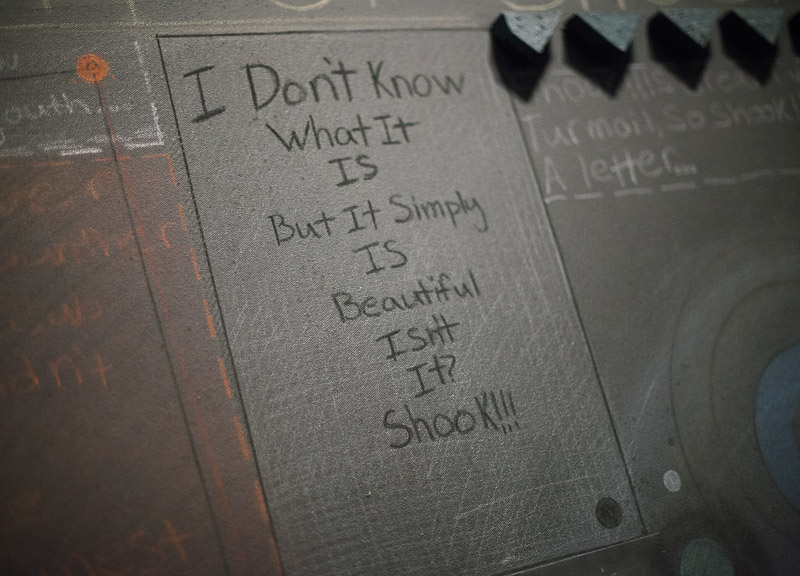 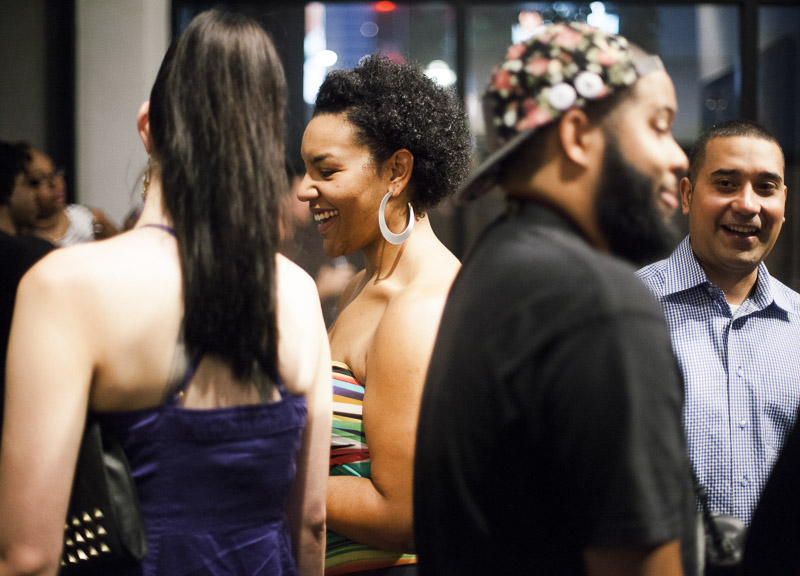 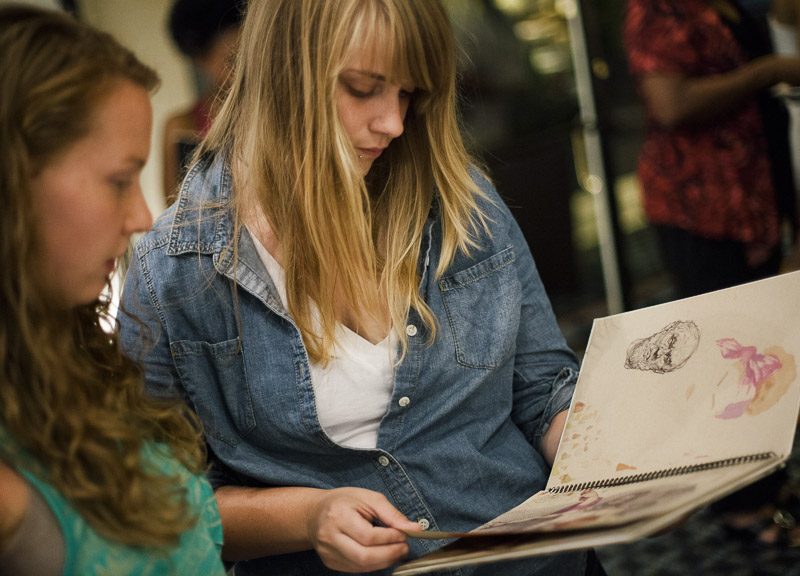 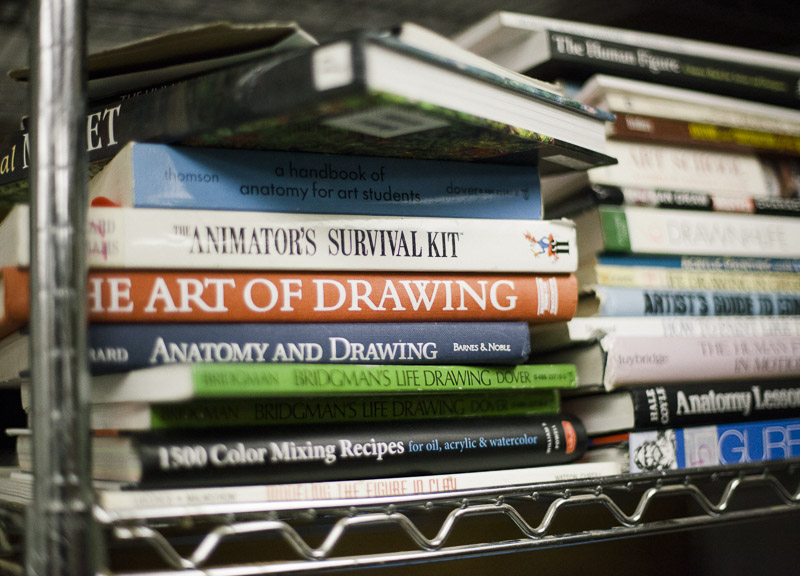 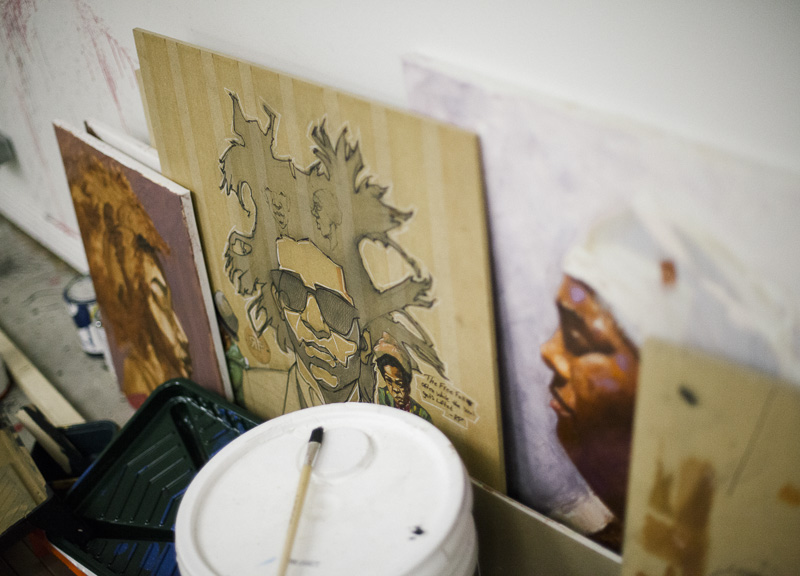 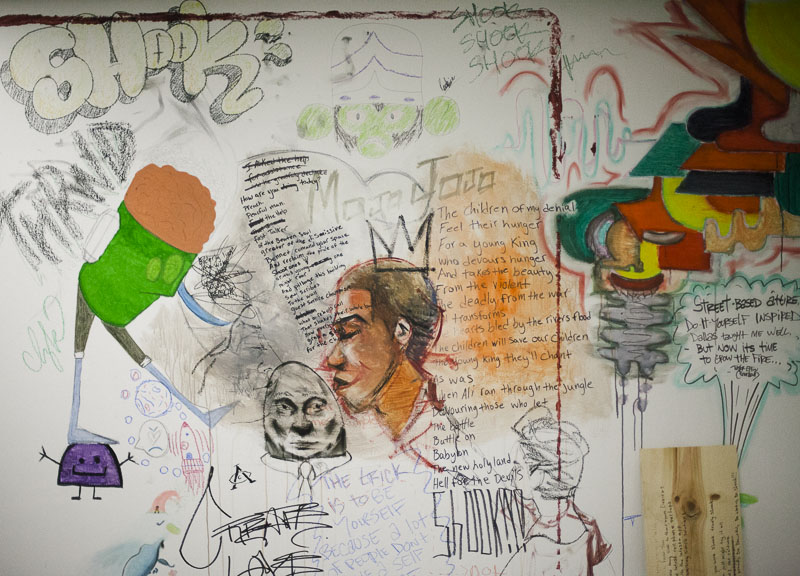 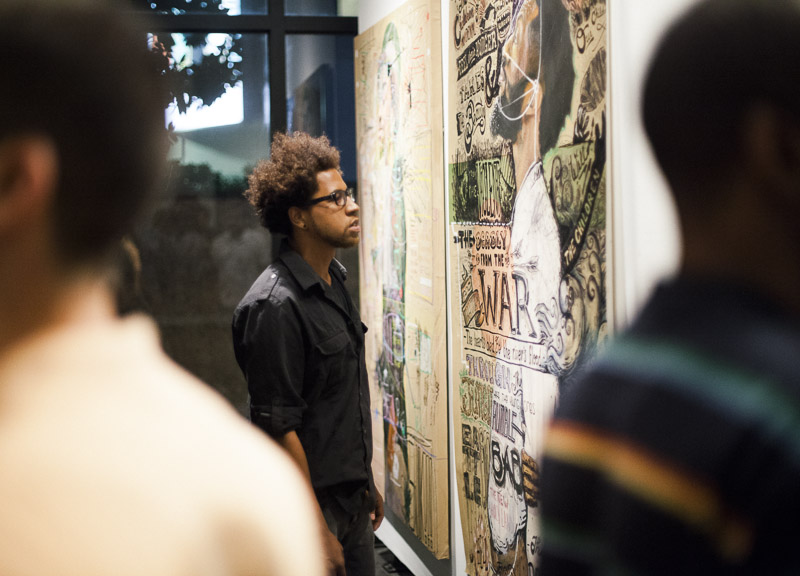