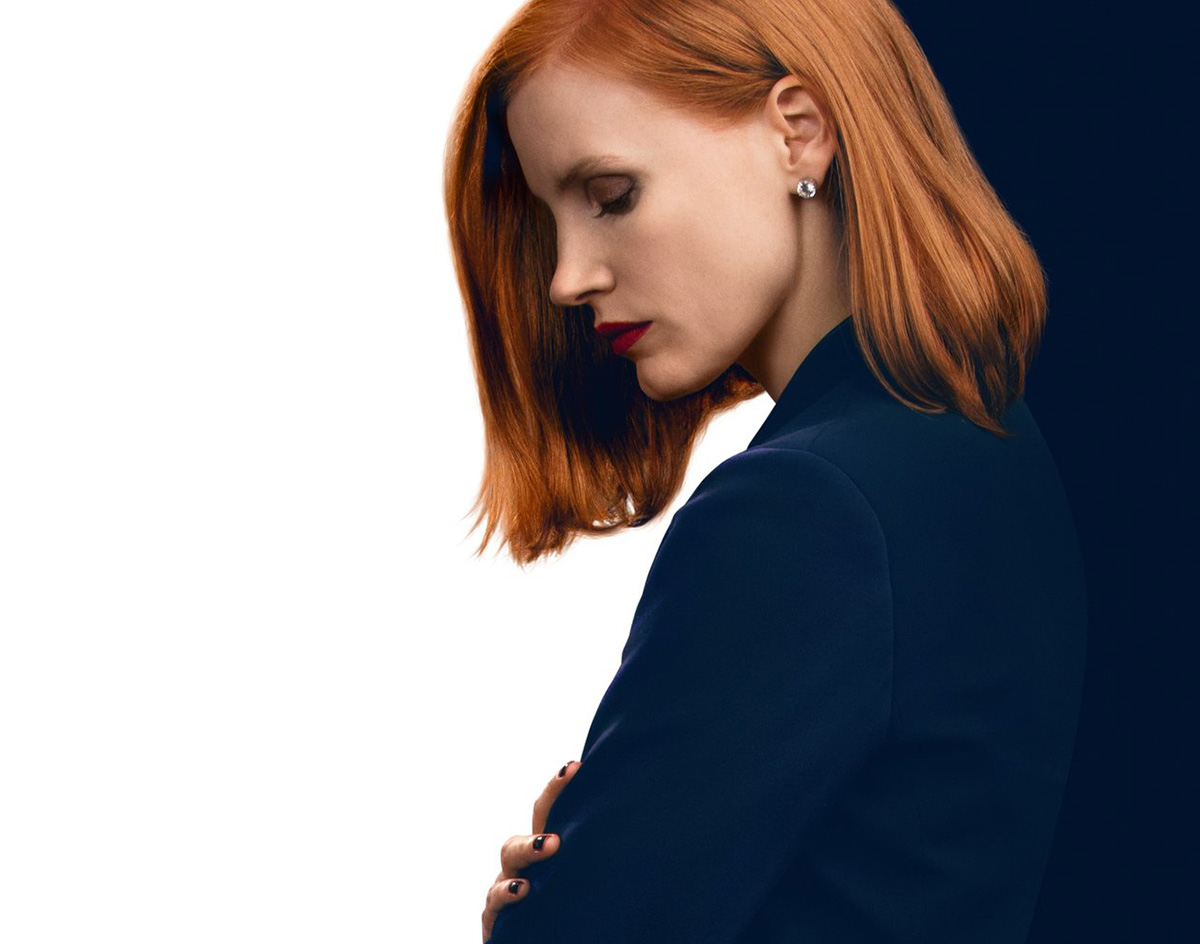 Weird Script Call To Focus On Emotional Trappings Holds Back What Should’ve Been A Ruthless Miss Sloane.

Jessica Chastain is my favorite actress on the planet right now.

Gun control is a topic I’m very passionate about.

On paper, putting these things together in a slick package should be right up my alley. But the only thing Miss Sloane is fully committed to is its own ridiculousness.

Chastain plays the titular character, a ruthless Washington, D.C. lobbyist who refuses to let anyone in. While she’s great in any role, she excels at tough-as-nails, highly competent women (see also: Zero Dark Thirty, A Most Violent Year).

After insulting the head of the NRA – who tries to sweet-talk her into launching a campaign to get women more interested in owning guns – she bolts her wealthy firm to work for a smaller group that wants to pass an extremely simple gun control bill that would requires background checks at every point of sale.

Obviously, this leads to major internal conflicts, as Sloane wants to use every questionable trick she’s learned over a decade of finagling lawmakers to encourage them to vote against their own consciences. But since this is ostensibly a more noble pursuit, she has to resort to new tactics.

Alas, old habits die hard, and there’s a lot for the characters (and the audience) to discuss about whether the means justify the ends. Even in a valiant effort, people are expendable to Sloane, and I wish the film didn’t go wishy-washy here; she’s a more interesting character if she’s completely hollow on the inside, instead of making it seem like she’d be a reasonable person if only she had a friend or — ugh — met the right guy.

Miss Sloane has ambitions of being a rumination on the human cost of deal-making like Michael Clayton, but its focus on the lurid (including frequent visits to a prostitute) means it lands somewhere closer to How to Get Away with Murder.

Of course, that means it’s often entertaining as hell, even as it gets absolutely preposterous in its third act. (Do you like twists? Because there are about seven of them in the last 20 minutes or so here!)

Miss Sloane would have been better if it had allowed its character to remain as frigid as the D.C. winter it’s set against. But it’s still an engaging thriller with a top-notch cast, and while there will be plenty of prestigious dramas to see over the next month, middlebrow dramas like this are a rare breed.

And that means it’s worth a shot.