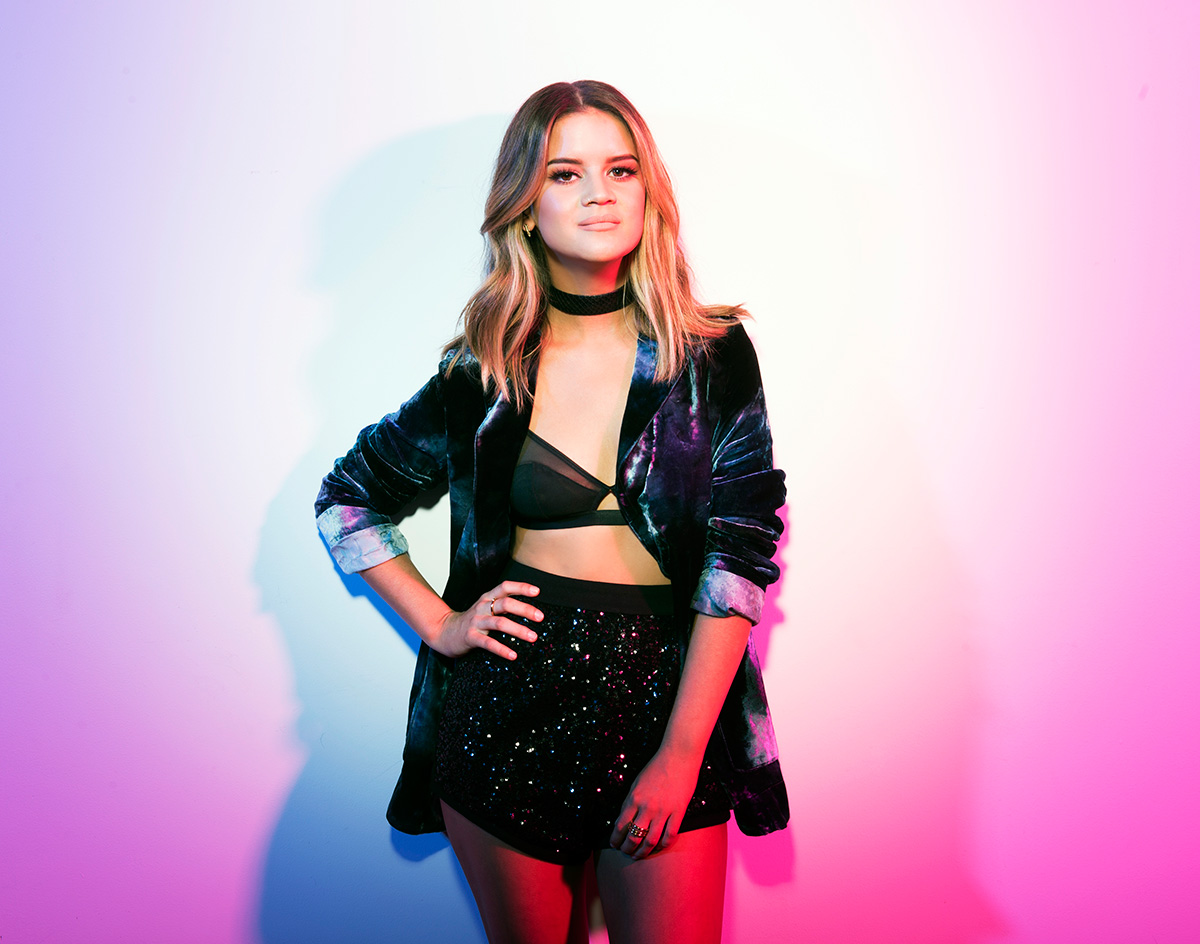 This Week, Maren Morris Had Her Eyes On The Prize.

There was little question who would wind up atop our weekly, local music power rankings this week. It was pretty much determined at the start of the week that it would be Maren Morris.

The rising country star kicked her week off by collecting four Grammy nominations — she’s up for “Best New Artist,” “Best Country Solo Performance” and “Best Country Song,” both for “My Church” and “Best Country Album” for Hero. And, honestly, it only gets better from there, as she’ll end the week as the musical guest on this weekend’s episode of Saturday Night Live.

Yup, she’s not just on top of our little music community, at the moment. She’s on top of the rest of the world, too. The win makes her 11th overall Buzz No. 1.

Joining Maren with Grammy nods of their own this week were Kirk Franklin, Miranda Lambert, Demi Lovato, Snarky Pupppy, Kelly Clarkson, Pentatonix, Kyle Dixon & Michael Stein, Andrew Savage (of Parquet Courts) and Leon Bridges. You can find out what they’re each up for here.

Closer to home, a whole bunch of acts making the list this week won Dallas Observer Music Awards, although none won more than Sam Lao, who took home five whiskey-filled trophies on Tuesday, sweeping every category she was up for.

Along with Lambert and a few other locals, Denton’s Cody Jinks also earned a spot on Rolling Stone’s list of the year’s best country albums. We should also point out that Morris also topped that list.

Moving on to the weekend’s biggest shows: The Polyphonic Spree’s annual Holiday Extravaganza will run amok at The Majestic on Saturday, The Raven Charter will play its farewell show at Trees on Friday, and The Outfit, TX’s Players Ball is at Dada on Saturday. 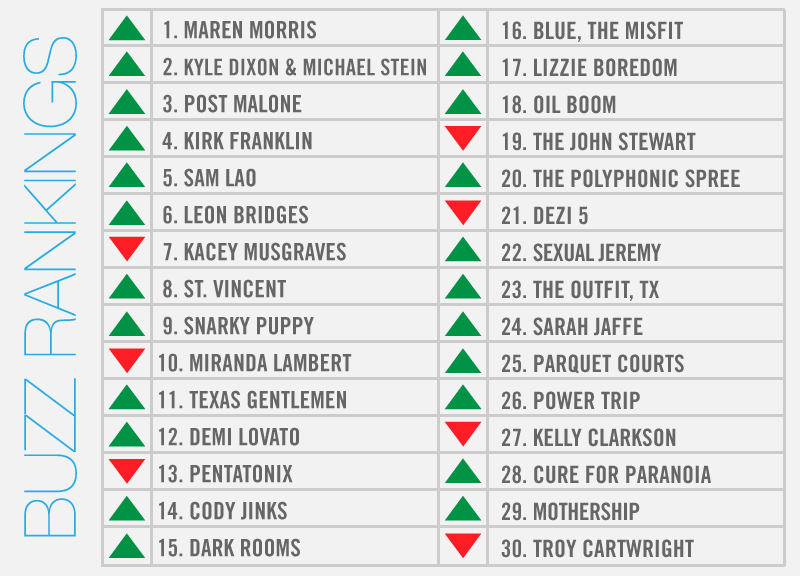