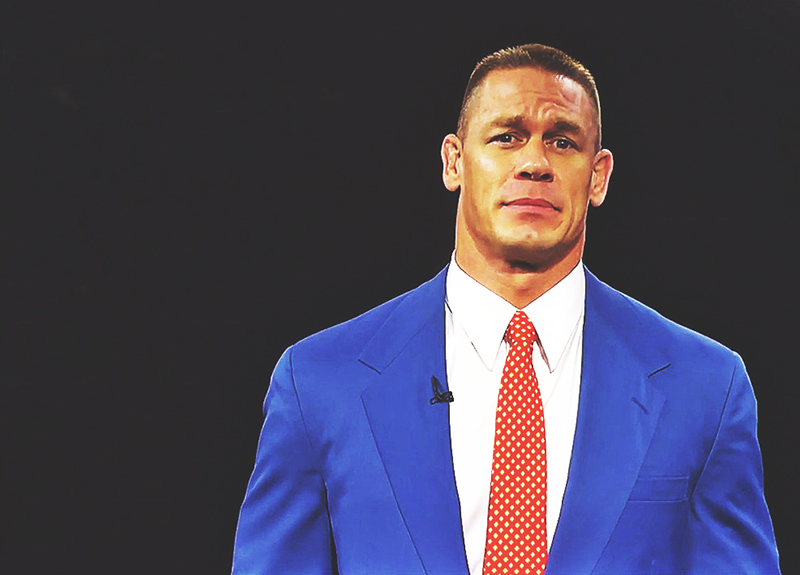 A Whole Bunch of WWE Wrestlers Are Hurt And Probably Out For Wrestlemania 32.

Wrestling takes a toll on the body. There’s no way around it. Despite their match outcomes being predetermined and their general directions choreographed, wrestlers still put immense physical strain on their body in the ring and in the gym most nights.

So it’s not surprising to have a few wrestlers on the sidelines every now and then. But it’s been a long tine since anyone’s seen a wave of injuries like this one we’re seeing right now in the WWE.

See Also:
• WrestleMedia. // The Best Wrestling Social Media Accounts To Follow While Gearing Up For Wrestlemania 32.
• Putting Over. // WWE’S NXT Takeover Wrestlemania Card Has Been Announced, And It Looks Fucking Rad.

The reason for all of these injuries at the same time could be any number of things, such as the company’s strenuous schedule, its training philosophies or ,who knows, maybe it’s just a really horrible coincidence.

Regardless, with three of WWE’s top stars and several other recognizable names out of commission, WWE is going to have to get really creative with its booking when WrestleMania 32 comes to Jerry World on April 3.

That isn’t necessarily a bad thing, actually. It could give younger wrestlers an opportunity to finally have a chance to shine on The Grandest Stage of Them All.

But, still, the fact that the below names will be on the sidelines is definitely a little bit of a concern.

John Cena. John Cena has wrestled at every single WrestleMania for the past 11 years. He’s the face of the company and guaranteed to draw huge crowds. So when Cena tore his rotator cuff, it threw a pretty big fucking wrench in the WWE’s plans, especially considering it was likely he was going to put over the guy WWE wants to take his place, Roman Reigns. It’s unknown when he’ll be coming back, but Cena has a history of coming back from injuries much earlier than planned, a la Royal Rumble 2008. It’s almost like he has Wolverine-like healing ability, and it’s kind of scary.

Randy Orton. Randy Orton, who once injured himself by pounding his fists on the mat, added another ridiculous injury to his list last November when he dislocated his shoulder while taking out the trash. It was found that he had a lesion on his shoulder and that he would require surgery. Just like Cena, Orton has also wrestled at every WrestleMania for the past 11 years and is one of the WWE’s top stars. It’s uncertain when he will come back, but doctors estimate it will take three to six months for him to make a full recovery.

Daniel Bryan. At the young age of 34, Bryan was forced to retire this past Monday night due to a career that’s earned hi several concussions. Bryan has been called the greatest wrestler in the world — even of all time. He won the Wrestling Observer Newsletter Best Technical Wrestler award nine years in a row and Most Outstanding Wrestler five years in a row. So the fact that he has been sidelined for almost two years (other than a short stint at the start of 2015) and forced to retire not long after he finally won the main event of Wrestlemania XXX and cemented himself as a top guy is just devastating. His retirement is going to be looked back upon as one of the greatest tragedies in wrestling.

Seth Rollins. The former WWE World Heavyweight Champion and golden boy of Triple H had his title reign cut short last November when he injured his knee. Seriously, it was fucked up. He managed to tear his right ACL, his MCL and his medial miniscus — often referred to as the unhappy triad because it’s a pretty common sports injury. His recovery time is looking to be around six to nine months. Lay off the Crossfit, Seth.

Sting. Stinger’s had a rough go of things in his first year with WWE. The onetime WCW legend lost his debut match against Triple H at WrestleMania 31, disappeared for five months, then injured his neck last September in the middle of his world championship match against Seth Rollins, which he also lost. It’s unsure if he will ever wrestle again, but you will for sure have a chance to see him on April 2 when he is inducted into the WWE Hall of Fame.

Cesaro. There was a long period in 2015 when Cesaro was putting on the best match of the night every single week. After years of stop-start pushes and after Vince McMahon publicly stated that Cesaro couldn’t connect with fans, Cesaro was finally not just connecting, he was getting the entire so-called “WWE Universe” behind him to the point where there were hundreds of “‘Cesaro Section” signs in the crowd week after week. Unfortunately, his momentum was once again cut out from under him last November when he tore his left rotator cuff. If you haven’t noticed yet, there’s a bit of a shoulder injury trend going on in the WWE these days! Cesaro is expected to be out for four to six months, so expect him back pretty soon after ‘Mania. Hopefully, he’ll return as great as ever and with the company rightly behind him this time.

Tyson Kidd. Coincidentally, Tyson Kidd was tearing it up in the tag division with Cesaro when he got injured over the summer. During a match with NXT wrestler Samoa Joe, Tyson Kidd had a freak accident and suffered an injury to his neck/spine. And, really, it needs to be stressed just how lucky Kidd is to be alive. Only five percent of people that suffer the injury he did survive — and, of that 5 percent, most of them end up quadriplegic. Kidd had an extensive surgery that involved having 16 staples, four screws and a rod put in his neck. His recovery time is expected to be around 14 months, but it’s unclear if he’ll even be able to ever wrestle again.

Sheamus and Wade Barrett. It’s not even fully clear what’s happened to Sheamus at this point. He just posted a picture on Twitter with his arm in a cast a couple weeks ago. He apparently has tendinitis in his left arm. His stablemate Wade/Bad News/King Barrett also suffered a nerve injury in his neck last December and has been injured on and off for several years. Being injured is practically Barrett’s job now. It’s said that neither injury is very serious, but it’s unclear whether these guys will be back in time for ‘Mania. Our bet, since they’re not prominently involved in any of the ongoing story lines is that they won’t be.