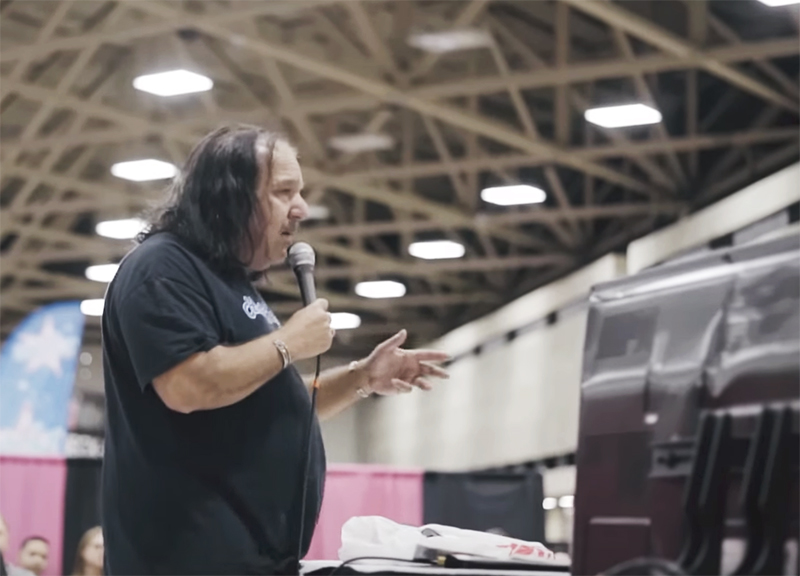 Now That Dallas Has Banned The EXXXOTICA Expo, It Can Expect A Lawsuit Coming Its Way.

Last year, Dallas hosted the Exxxotica Expo at the Kay Bailey Hutchison Convention Center. And the expo itself was relatively tame for those of us that don’t wear temple garments — but there was still a fair amount of controversy surrounding it.

Mayor Mike Rawlings for instance, found the event troubling. So did the Dallas Women’s Foundation, which wrote a letter to the mayor about it. Rawlings then penned a response stating that he was worried about “the message that our playing host to this convention might send regarding our city’s position on the sexual exploitation of women.” He added that the only thing worse than hosting the expo in the first place would be would be getting sued by Exxxotica.

Well, now it seems like the worst is on its way.

Yesterday, the Dallas City Council voted 8-7 to ban the expo from returning to town for a second go, and Exxxotica immediately tweeted in response that it is indeed going to sue over the decision.

Furthermore, the Exxxotica Twitter account has since posted multiple updates goading the mayor and City of Dallas into a fight while retweeting disparaging comments and semi-memes.

This should be fun.

Also, Dallas will almost assuredly lose this legal battle. Under the First Amendment, the City of Dallas cannot discriminate or pick and choose what private entities it allows to rent its convention center to based on beliefs or images. That Exxxotica is sexually charged isn’t a valid excuse.

Worth noting: Police Chief David Brown even told the council prior to the vote that undercover officers attending last year’s event didn’t witness any crimes, nor did police see a rise in prostitution. Since that’s the case, safety isn’t an excuse that will likely stand in defense of this decision. So, basically, Dallas — well, eight specific people and some wealthy and powerful types who joined in on the strong-arming — willingly submitted itself into a legal battle it knew it would lose. And, yes, Dallas taxpayers are most likely footing this bill.

Regardless, banning Exxxotica is going to cost the city. Next time, we recommend city council just leaves the money on the dresser.