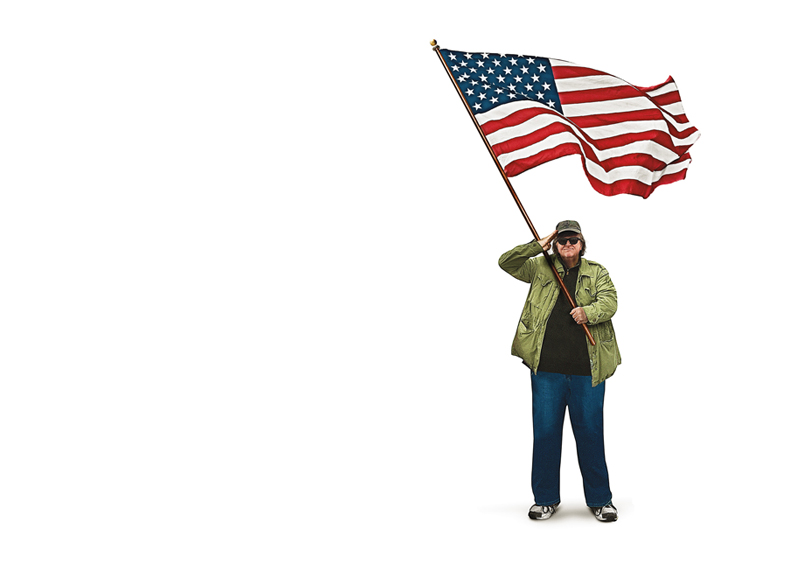 In Where To Invade Next, Michael Moore Searches The World For Revolutionary Ideas.

Where To Invade Next.
Director: Michael Moore.
Playing At: Angelika Dallas.

Michael Moore has always been a better raconteur than documentary filmmaker.

To be fair, the former is easy for anyone with a loud and boisterous personality, as it puts the focus on oneself. The latter takes more skill and, typically, some grounding in reality, as the focus is generally placed on others.

So it’s no surprise that Moore's best films – Roger and Me, Bowling for Columbine – focus on the devastation caused by a few reckless people. The rest of his output can feel like someone delivering an ALL CAPS RANT about something that definitely sucks, while failing to present any viable solutions.

In Where To Invade Next, his first film since 2009’s Capitalism: A Love Story, Moore largely gets out of his own way. Interestingly, that makes it mostly a success. He travels to mostly European democracies, gleaning ideas that make a lot of sense, even if the U.S. has never implemented them — things like guaranteed paid vacation and parental leave or actually prosecuting the bankers whose greedy decisions led us to financial ruin.

Still, the movie does have one fatal flaw, which Moore acknowledges with a cop out of an answer. Of the countries he's going to, he's only focusing on the good things. Negatives like high unemployment rates and propensities for violence are ignored.

Even so, Where To Invade Next remains entertaining and thought-provoking throughout — and that's a challenge for any documentary. There’s lightness to scenes where he's cajoling with prisoners in Norwegian who roam freely on the prison grounds or chatting up French schoolchildren who are getting a nutritious three-course meal. But there’s weight too, because why do we lock so many of our people up in cramped quarters then expect them to integrate well back into society? Why do we serve our children fried garbage for their lunch, then expect them to perform well throughout the day?

These are just some of the many illuminating questions Moore seeks to find answers to in his well-done travelogue.

I don't expect the film to convert anyone who doesn't already buy into a more liberal ideology, of course. But, at the very least, it should cause them to think twice about maintaining the status quo.