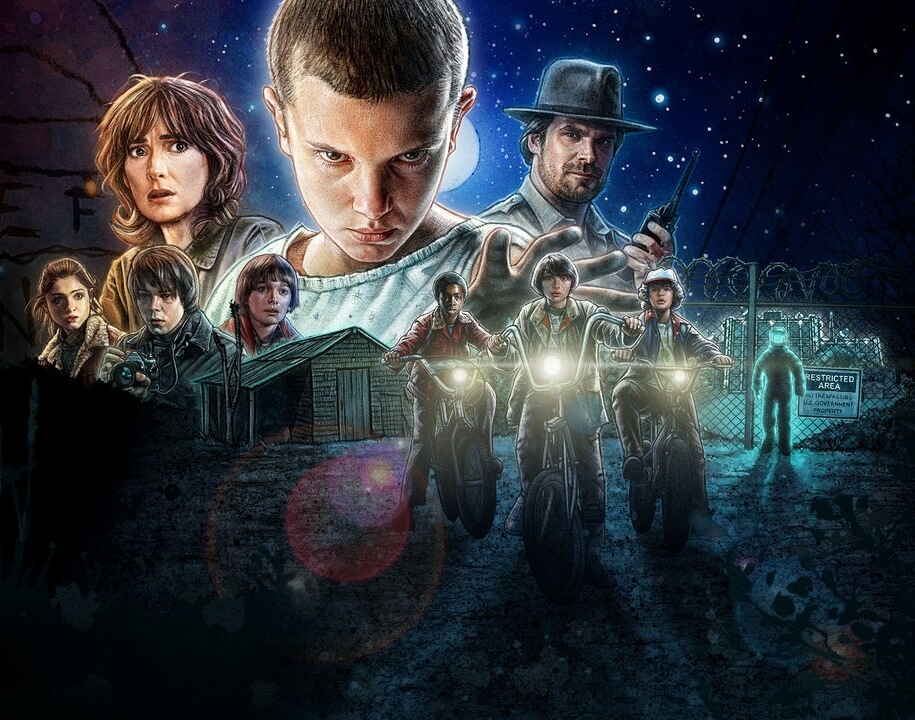 The new, eight-part, ’80s-set Netflix series Stranger Things is, at the very least, a shotgun blast of nostalgia. Created by The Duffer Brothers (Wayward Pines), the series is essentially a remix of classic science fiction and horror tropes from such touchstones as E.T.: The Extra-Terrestrial, Halloween, Twin Peaks and, well, take your pick of Stephen King adaptations.

The show’s also just got a ton of heart, not to mention a killer soundtrack. And that’s before even getting into the badass theme song and score, which come courtesy of two members of the Austin-based analog synth band S U R V I V E, whose efforts set the mood gorgeously.

Specifically, the score and theme were composed by S U R V I V E’s Kyle Dixon and Michael Stein, both of whom grew up here in the Dallas area. S U R V I V E had previously contributed some of its music to the soundtrack of 2014’s The Guest, but Dixon (who attended W. T. White High School in Dallas) says he and Stein (who attended Newman Smith High School in Carrollton) were approached to contribute here through a different path.

“The directors are fans,” Dixon says.

Hey, us too! Since forming in 2009, the four-piece S U R V I V E has capably established itself as an alluringly cinematic, ’80s-indebted outfit through a variety of long and extended players alike and, soon enough, it will look to continue to do so with a new full-length that’s set to be released by Relapse Records (Torche, True Widow, Pinkish Black) this fall.

Earlier this month, S U R V I V E released its latest single, called “Relays.” Check it out:

Dixon and Stein, it’s worth noting, aren’t the only musicians with local ties who are finding new avenues of late for their creative pursuits through film. Last month, producer Cory Kilduff rescored the movie Alien to provide that film with a vibe that’s somewhat similar John Carpenter-esque aesthetic that S U R V I V E also mines. Next month, multi-instrumentalist Daniel Hart will continue his Hollywood ascent when Pete’s Dragon, the latest from his frequent collaborator, the Dallas-based director David Lowery, is released with Hart’s score.

We’re not yet sure what to make of all this just yet, but it’s definitely a cool trend to see taking place — especially when it involves something as binge-worthy as Stranger Things. Seriously: Get on watching this show.