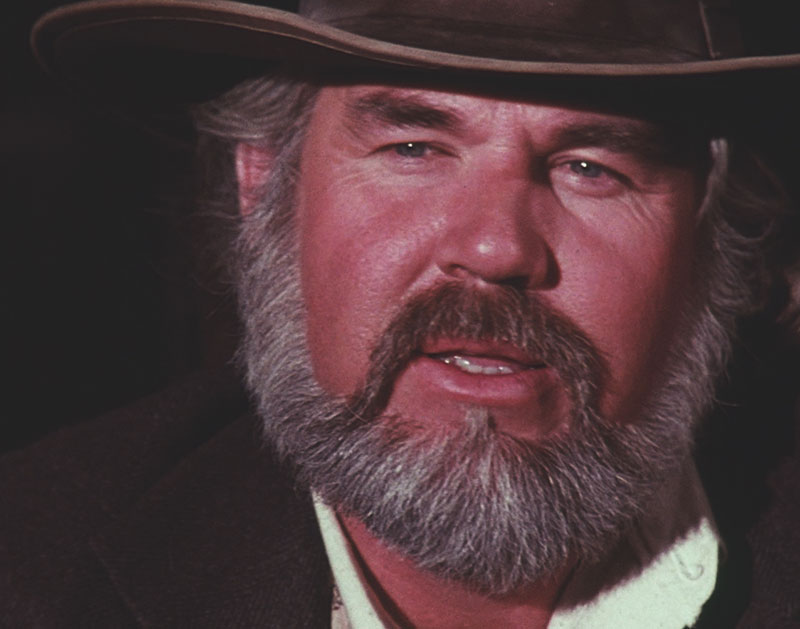 Counting Down The One Hundred Greatest Texas Musicians.

60. Boz Scaggs
It was while attending school in Dallas that William Scaggs’ classmate first began calling him Bosley, which was later shortened to Boz. A member of Steve Miller’s high school band The Marksmen and later the Steve Miller Band, his biggest commercial success was the 1976’s Silk Degrees.

59. Trini Lopez
Dallas native Lopez got his start performing in his teens at a nightclub owned by Jack Ruby. Nicknamed “The Latin Legend,” Lopez had 13 hit singles in the ’60s and ’70s. His biggest hit, a cover of Pete Seeger’s “If I Had a Hammer,” helped bring folk back into the mainstream.

58. Steve Miller
Miller’s career can be divided into at least two distinct periods: First, as a
popular blues figure in the late ’60s; later, as a pop-rock superstar beginning in the early ’70s. His greatest hits album has sold over 13 million copies in the U.S. alone, earning it a spot among the RIAA’s best-selling albums of all time.

57. Lyle Lovett
Despite not having one of his singles chart since the ’80s, the singer-songwriter has had at least four albums certified Gold by the RIAA. If that weren’t enough, Lovett grew up in Klein, Texas, a town named after his great grandfather. It doesn’t get much more Texan than that.

56. Victoria Spivey
Victoria Spivey is one of the most influential female blues artists of all time, partly because she never shied away from bold and often overtly sexually suggestive lyrics. For instance, her most widely-known song, “Organ Grinder Blues,” contains lyrical gems like “It’s not your organ, but it’s the way you grind.” Saucy!

55. Johnny Horton
Though his bread and butter was honky tonk, Horton remains most known for his so-called “saga songs,” which briefly popularized historical ballads during the early ’60s. Though “Honky Tonk Man” and “I’m a One Woman Man” have been covered by big-name country stars, “The Battle of New Orleans” and “Sink the Bismarck” remain his legacy.

54. Jim Reeves
Despite passing away in the late ’60s, Reeves’ songs charted into the ’80s. The Galloway-raised singer-songwriter, eventually known as Gentleman Jim, was one of the biggest pop-country crooners in his day, helping to expand the popularity of the genre into Europe.

53. Clarence “Gatemouth” Brown
If an instrument can be used to play the blues, you can bet Gatemouth Brown played it. The legend was not just a bluesman, though: He’s regarded as a master of Texas swing, jazz, country, and Cajun music as well.

52. Light Crust Doughboys
Different incarnations of the Doughboys have been performing since the ’30s, essentially
making them the longest running country band going. The original lineup was created by the Burrus Mill & Elevator Company in Saginaw in order to promote their Light Crust Flour on weekly radio broadcasts, and the band members were all required to work day jobs at the factory as well. The group is also responsible for launching the careers of many legendary figures in Texas music, such as Bob Wills and Milton Brown.

51. Clint Black
The Houston-raised Black was one of the most wildly popular country performers of the ’90s. On the strength of his critically and commercially successful debut album, Black was one of the leaders of the movement that pushed country music into the forefront of mainstream, mass-market popularity — and in the process opened the door for artists like Garth Brooks to find success as well. Black has sold over 19 million records worldwide, making him one of the most successful musicians of his era.

50. At the Drive-In
The wildly influential post-hardcore band from El Paso made a huge impact in their relatively short existence. Their final album, ’00’s Relationship of Command, has been called the landmark album in their genre by some — and simply a masterpiece by others. Kerrang!, Spin Magazine, and MTV2 all included it on greatest albums list, with the latter calling it the 90th best album ever.

49. Johnny Winter/Edgar Winter
The Winter brothers probably each deserve their own spots on the list but we had a hard time playing favorites. Johnny was named Rolling Stone’s 73rd greatest guitarist of all time, and the legendary Edgar Winter Group recorded “Free Ride.”

48. Lightnin’ Hopkins
Perhaps the most respected guitarist in the much-heralded Texas blues scene, Hopkins placed 71st on Rolling Stone’s list of the 100 greatest guitarists. The unpredictable bluesman from Houston played with Blind Lemon Jefferson in the ’20s and remained an active entertainer until his death in the early ’80s.

47. ZZ Top
The Rock and Roll Hall of Fame-inducted trio recorded 14 studio albums on their way to becoming one of the most popular hard rock acts in history. After selling over 25 million records in the U.S. alone, the Texas House of Representatives declared them “Official Heroes of the State of Texas.” Really.

46. Eddie Durham
The San Marcos guitarist, trombonist, composer and arranger worked with greats like Cab Calloway, Glenn Miller and Count Basie. He’s credited not only with composing the now-popular jazz standard “Topsy” and providing the arrangement for Miller’s “In the Mood,” but he’s also recognized as the performer of the very first electric guitar solo in the ’30s.

45. Roger Miller
The singer-songwriter was almost as well-known for writing songs for other artists as for himself. Besides the pair of Tony awards he earned, the 11 Grammy’s Miller won was a record until Michael Jackson released Thriller. Oh, and the Fort Worth-born musician is a member of just about every country music-related hall of fame there is.

44. Big Mama Thornton
As much as Janis Joplin is credited with being a tremendous vocal influence for later generations, Thornton’s tough persona and guttural, ballsy vocal delivery predated Joplin’s emergence by at least a decade. Her biggest claim to fame was being the first to record the song “Hound Dog” — a good three years before Elvis released his version.

43. The D.O.C.
Though Dr. Dre, Ice Cube, Eazy-E and MC Ren get the lion’s share of the credit for the success of seminal gangsta rap group N.W.A., The D.O.C. was one of the biggest behind-the-scenes forces behind their popularity, writing or co-writing most of the group’s lyrics.

42. Freddie King
The Gilmer-born King ranks 25th on Rolling Stone’s list of the 100 greatest guitarists. The bluesmaster is also part of the 2012 class of inductees to the Rock and Roll Hall of Fame.

41. Kenny Rogers
The country legend from Houston has charted with over 120 different singles in his astounding six-decade career. In the ’80s, a joint poll of USA Today and People magazine readers named Rogers their “Favorite Singer of All Time.” From Grammys to CMAs, the list of awards Rogers has won is far too extensive to list in this space.