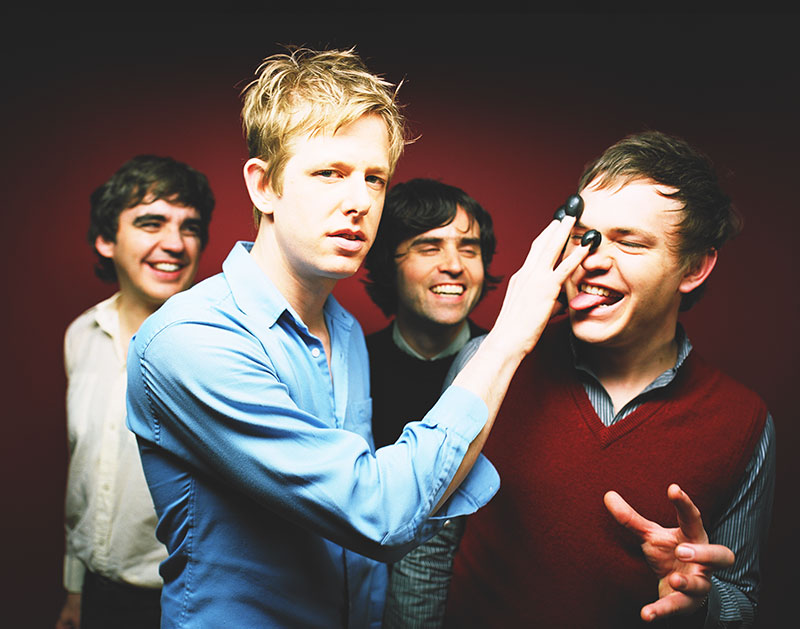 100. The Mars Volta
Incorporating elements of math rock into their sound, El Paso’s The Mars Volta are one of the most popular prog groups currently going. The duo, both former members of At the Drive-In, released their sixth album earlier this year.

99. Domingo “Sam the Sham” Samudio
The Dallas-born frontman of Sam the Sham and the Pharaohs experienced much popularity in the mid-’60s thanks to the song “Wooly Bully” and the string of novelty hits that followed.

98. Edie Brickell
Oak Cliff native Edie Brickell is most known for fronting the band New Bohemians, whose biggest success was the 1988 hit single “What I Am.”

97. Old 97’s
The Dallas outfit were one of the first bands in the state to get big while pioneering the then-brand-new subgenre alt-country in the mid-’90s. They’ve since released nine studio albums, and alt-country has grown so much in popularity that several radio stations around the country are dedicated to nothing but that genre. We actually thought about ranking them a little higher on the list but, come on, this placement just made a little too much sense.

96. The Polyphonic Spree
The cult-like orchestral pop group formed in the wake of Tripping Daisy’s untimely demise in 1999. Frequently touring with 20-plus members the group have embedded the band in the collective conscious as the go-to pop culture reference when citing a band with many members.

95. England Dan and John Ford Coley
The duo who met when they were classmates at W. W. Samuell High School here in Dallas and had a rash of hit adult contemporary singles in the late ’70s, most notably 1976’s “I’d Really Love To See You Tonight.”

94. Toadies
Though the Fort Worth-based band hasn’t scored a major national hit in nearly 17 years, they remain one of the region’s most popular touring acts. This year will mark the fifth incarnation of their annual Dia De Los Toadies festival.

93. Christopher Cross
The five-time Grammy winning yacht-rocker also has an Oscar under his belt as well.

92. Spoon
The music-review aggregator site Metacritic named the Austin band “The Top Overall Band of the Decade” for their consistently highly-reviewed music between ’00 and ’09.

90. Brave Combo
Paste Magazine named Denton the best music scene of year in 2008, and nobody had a problem with this statement in the write-up: “The Grand Pooh-Bah of Denton bands, Brave Combo, is in many ways the template from which all the rest are cut: eclectic and artistically ambitious, with a high degree of musicianship and a strong DIY ethic.”

89. Mac Davis
The Lubbock native got his start in the ’60s working for Nancy Sinatra’s publishing company and went on to pen a string of hits for Elvis Presley, and several other notable artists of that time. Eventually, he forged out a successful career singing his own tunes, notably “Baby, Don’t Get Hooked On Me.”

88. Mason Williams
As a writer for the Smothers Brothers Comedy Hour, Williams gave Steve Martin one of his first jobs in the industry. It was also while working for the program that he penned “Classical Gas,” which has logged over six million plays on television as of 2008, and become one of the most lucrative instrumental songs ever recorded.

87. Will Johnson (Centro-matic)
Without the benefit of hindsight, it is sometimes hard to appreciate just how great some artists are. Denton’s Will Johnson might not be as flashy a name as, say, Usher, but time will reveal how his work in Funland, Centromatic, South San Gabriel, Monsters of Folk, New Multitudes, Overseas and separately as a solo artist make him one of the most respected artists of his generation.

86. Freddy Fender
Fender’s best-known song is “Before the Last Teardrop Falls.” More important, though, is that he eliminated much of the stigma of recording bilingual tracks — especially in the country music genre.

85. Norah Jones
Even if Jones’ father weren’t the most well-known sitar player in the world, the Booker T. High School and University of North Texas graduate would still have much renown for her own pop-jazz accomplishments. Her debut record alone sold more than 20 million copies.

84. Barbara Mandrell
The Houston native rode two decades worth of top ten country hits to become one of the most successful female country stars of the ’70s and ’80s and earn a spot in the Country Music Hall of Fame.

83. Kelly Clarkson
The winner of the first season of American Idol, the Burleson-raised Clarkson has gone on to sell over 24 million albums worldwide.

82. Dixie Chicks
They’ve won 13 Grammys and sold over 26 million albums in the U.S. alone, making them the highest-selling all female band of all time.

81. Usher
Though he spent much of his childhood in Tennessee and later in Atlanta, the R&B superstar was actually born in Dallas. With seven Grammys and 65 million records sold worldwide, he ranks among the best selling artists of all time.