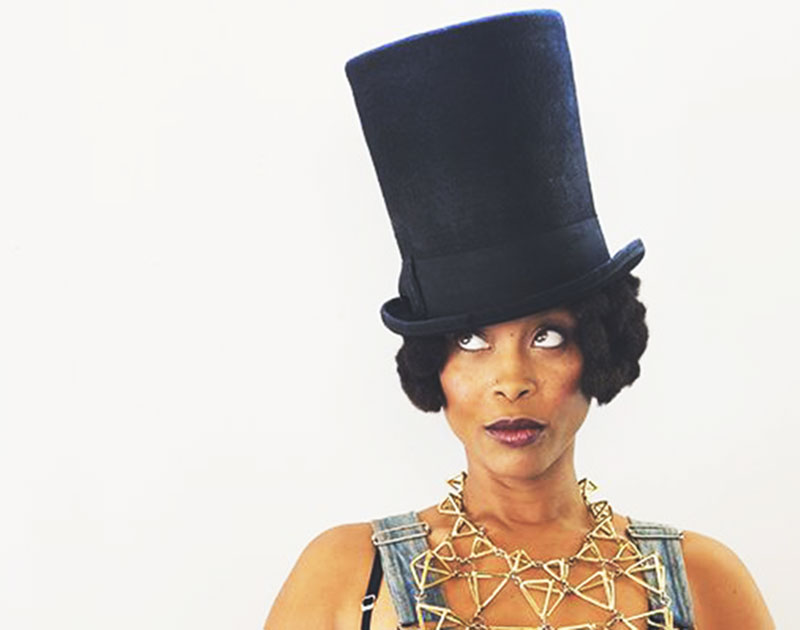 40. Erykah Badu
Every now and then, a singer can transcend their music and remind everyone that the voice is indeed an instrument. Badu is one such virtuostic vocalist, and her fusing of hip-hop, soul and jazz helped nurture the growing neo-soul movement.

39. Kinky Friedman
Long before Friedman ran for governor in 2004 on the platform of “dewussifying Texas,” the country singer and satirist was already strongly politically-minded. The mix of sharp wit, political commentary, and humor in Friedman’s songs earned him the nickname “The Frank Zappa of country music.”

38. Ornette Coleman
Fort Worth-born saxophonist Coleman’s penchant for “playing in the cracks,” between notes, which many other players perceived as being out of tune, was one of the most important individuals in the history of avant-garde jazz and an instrumental figure in developing the free jazz movement. His style has never quite been matched — or tamed.

37. Delbert McClinton
The perennial sideman and songwriter was eventually able to carve out a pretty successful solo career, charting several albums and singles of his own. His longevity, musicianship, and consistency have made him a legend in the roots community. He’s also said to have taught John Lennon the distinctive harmonica sound made famous in songs like “Love Me Do.”

36. T Bone Burnett
Even as critically acclaimed and popular as Fort Worth’s T Bone Burnett is as a songwriter and performer, his biggest successes have come through helming projects from the likes of Roy Orbison, Elvis Costello and Gillian Welch as a producer. His production credits also include some of the best soundtracks released in the last two decades, including The Big Lebowski, O Brother, Where Art Thou, Cold Mountain, A Mighty Wind, Walk the Line and Crazy Heart. In the process, Burnett’s earned himself multiple Grammys, an Academy Award and a Golden Globe.

35. Mickey Gilley
Early in Gilley’s music career, he opened his first club near Pasadena, Texas. It quickly became known as the “world’s biggest honky tonk,” and ultimately became the basis for the popular movie Urban Cowboy. Gilley was already considered a superstar in the ’70s, but after the release of the film, Gilley became the face of the country crossover movement.

34. Lefty Frizzell
The Corsicana-born Frizzell was instrumental in bringing honky tonk out of the barrooms and to more commercially-acceptable venues such as mainstream radio — all while never losing credibility with either faction. Furthermore, many legendary musicians such as Merle Haggard, Willie Nelson, Roy Orbison, George Jones and John Fogerty all site Frizzell as a major influence.

33. Gene Autry
Similar to the way John Wayne was more than just an actor, Gene Autry was more than just a musician. Like Wayne or even Elvis, Autry’s mythos was larger than life, coming to embody a set of ideals larger than the songs he was performing. How different would Christmas be without his songs “Here Comes Santa Claus,” “Rudolph the Red-Nosed Reindeer” or “Frosty the Snowman”? Autry is also the only performer to have five stars on the Hollywood Walk of Fame.

32. Pantera
There was no bigger metal band in the ’90s than Pantera. Period. In fact, the band nearly singlehandedly killed off the speed and hair metal movements of the ’80s. During their time together, they sold over 20 million records, with their third album debuting at No. 1 on the Billboard 200. Both of those are nearly unthinkable feats given how brutally heavy their music was.

31. Billy Joe Shaver
The self-professed “wacko from Waco” never became the big name that his peers like Waylon Jennings, Willie Nelson or Kris Kristofferson did, but the songs he penned for them and others became some of the biggest standards in ’70s country music. The largely Shaver written album Honky Tonk Heroes helped carve out the outlaw image Waylon Jennings will forever be known for.

30. Billy Preston
Billy Preston was almost as renowned for his session work with artists like Sam Cooke, Ray Charles and The Beatles as he was for his own material like the popular “Nothing From Nothing.” Often called “the fifth Beatle,” it has been said that John Lennon once proposed that Preston become an official member of the group before Paul McCartney nixed the idea. Aside from being the first musical guest on Saturday Night Live, his name appears in the liner notes of significant albums like the Rolling Stones’ Sticky Fingers (as well as six of their other albums), The Beatles’ Abbey Road and Let it Be, and Joe Cocker’s You Are So Beautiful.

29. Jack Teagarden
The Vernon-born Teagarden is perhaps the most highly-regarded jazz trombonists of all time, and was especially famous during the pre-bop era. He has since become known as the “Father of Jazz Trombone” for his playing on records with Louis Armstrong, Glenn Miller, Benny Goodman, and Eddie Condon, among others, as well as leading bands of his own.

28. Ray Benson and Asleep at the Wheel
In the span of their 40-year-long career, the Austin-based band has recorded 20-plus studio albums, charted more than 20 singles and earned themselves nine Grammy’s. They currently remain the main driving force keeping alive the style of Texas swing originated by Bob Wills in the ’30s.

27. Stevie Ray Vaughan
Though he only recorded four studio albums in his relatively short career, Stevie Ray Vaughan sold over 11.5 million records and came to influence thousands of blues and rock guitarists with his intense soloing. As such, Rolling Stone ranked Stevie 7th on their notorious 100 greatest guitarist list.

26. Ernest Tubb
Born in Crisp, Texas, Tubb was another early pioneer of country music. Though he was not the first country recording artist, he was, perhaps, the first among those in the honky tonk subgenre to become really well-known. He was so instrumental in popularizing country music throughout the country that he became the first country artist to play Carnegie Hall in ’47. The country music hall of famer has been called “Texas personified,” and his most popular nickname was “The Texas Troubador.”

25. Vernon Dalhart
Marion Try Slaughter was a real-life cattle puncher in the late 1800s. When he decided to become a musician, he took the names of two Texas towns (Vernon and Dalhart) to use his stage name. He made over 400 recordings with Thomas Edison, in which he performed classical music. But it was his most famous recording in 1924 that earned him a spot in history. Dalhart’s “The Wreck of the Old 97” was the first country song to ever become popular, and also the genre’s first million-record seller. It’s also where the band The Old 97’s derived their name from.

24. Butthole Surfers
Becoming a famous band is not an easy task — and if you name yourself something offensive, sing openly about drugs, release ultra-challenging avant-garde music and perform the most depraved live shows around, the charge becomes nearly impossible. As vile as the majority of mainstream America has considered them throughout their careers, the Butthole Surfers have remained innovators and were one of the acts instrumental in bridging the gap between the cult following ’80s hardcore music was relegated to and the ultra-popularity that ’90s grunge enjoyed.

23. Barry White
Although he is most known for his deep baritone voice and sexy brand of R&B, Galveston’s Barry White was actually the first person to record a disco song according to AllMusic. The number of children conceived while listening to White’s music alone would earn him a spot on this list even if his worldwide record sales weren’t around the 100 million mark.

22. Stephen Stills
In ’97, the Dallas-born Stills became the first person ever inducted into the Rock and Roll Hall of Fame twice on the same night, thanks to his work in Buffalo Springfield and in Crosby, Stills and Nash, during which he helped craft some of the most enduring music from that time, period. His agile finger-picked style also earned him the No. 28 spot on Rolling Stone’s 100 greatest guitarist list.

21. Johnny Mathis
There are prolific careers and then there are careers as inexhaustibly productive as the one Gilmer’s Johnny Mathis has had. At least 73 of his albums have appeared on the Billboard charts, with many of them achieving gold and platinum statuses. The Guinness Book of World Records estimates that Mathis has sold over 350 million records worldwide, too, which is just mind-boggling.