Back To The Music. 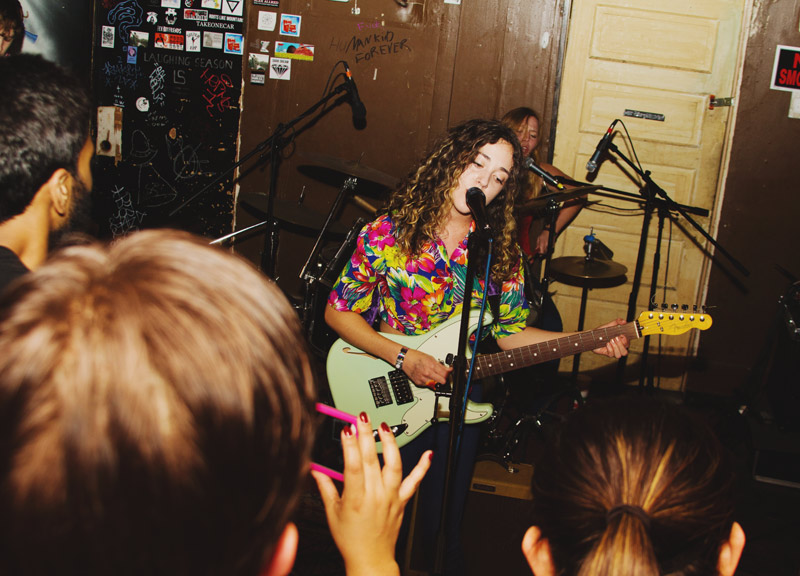 After A One-Year Hiatus, 35 Denton Returned This Weekend. And, Against All Odds, It Succeeded.

From the time word first came down that 35 Denton would be taking a year off to regroup, it became clear that at least a few changes would be in store if and when the once-prominent festival ever did return. Some of that was necessitated by the fact that, following the 2013 edition, the fest lost its creative director, primary talent buyer and main financial backer pretty much all at once.

Then again, change is something 35 Denton has experienced plenty of during the first five years of its run. Year Two saw the mostly local festival adding a free, outdoor concert from the Flaming Lips. The next few years then saw outdoor stages expanded through the duration of the fest, with an ever-growing list of well-known headliners being added each year. Hell, the fest even changed its name three times during its first four years.

Still, when the fest revealed the specific changes in store for the reborn 2015 edition — a reduced budget would mean reigning things back to a three-day fest, plus booking far fewer established touring acts or, really, any big-name headliners at all — there was a sentiment that this year's 35 Denton resembled previous years' efforts in name only.

The idea that this would be a “down” year for the fest was a popular one, to be sure.

Only, as it turned out, it wasn't really like that at all. Granted: Names like Big Boi, Dr. Dog, Built to Spill, Camera Obscura, Portugal. the Man were absent; but, other than that, the fest played out like 35 Denton's greatest hits, taking the best elements from previous fests and replaying the best old storylines.

Like the first NX35 year, locals dominated the bill — and, in an even more hyper-local move, it was primarily Denton-based ones, at that.

Meanwhile, when spotting famed '80s comedian Sinbad hanging out at Dan's Silverleaf on Saturday, it was hard not to reminisce about what a fuss Michael Cera caused back at 2011's fest when he popped up at venues all over the Square following his set with Mister Heavenly. For the record, Sinbad was here supporting his daughter, Paige Bryant, turning in an arena-ready performance on that esteemed venue's recently renovated back patio stage.

And, just like happened in 2013, when a warehouse was converted into the roughly 1,000-cap venue called The Hive just in time for that year's fest, another promising new performance made its debut this weekend. Opened just one night before the fest kicked off, a new 600-capacity venue called The Harvest House was the talk of the weekend: “Have you been to Harvest House yet?” replaced pretty much any and all versions of “Who are you seeing today?” that are pretty much the norm at events like these. And for good reason, too. The outdoor venue — think The Foundry in Dallas — is instantly the biggest concert space in this town. More important: Unlike The Hive, which promised that it would try and find away to remain open after the fest by potentially luring Granada-level bands away from playing Dallas, Harvest House is already up and running full time, with some 50 craft beers on tap and — get this! — working restrooms.

For all its familiarity, though, the new-look 35 Denton didn't really seem to experience any of the setbacks or hardships faced by any of its predecessors. Unlike any of the previous five 35 Dentons — most notably the 2013 incarnation — rain was never too much of an issue at this one. In turn, no headliners were shuffled last-minute into smaller indoor venues. And unlike Jesus and Mary Chain at 2012's fest, The Zombies didn't face any visa issues to postpone its Saturday set. As far as we could tell, everybody performed when and where they were supposed to, with only the expected small delays of a festival like this one popping up here and there.

Furthermore, lines to get into venues weren't the nightmare that they were back in 2012. Maybe it's because fewer people showed up this year or maybe it was the fact that there were fewer unanimous must-see acts on the bill, but capacity was almost never any issue anywhere outside of Dan's. As a result, there were no panicked sprints from venue to venue between acts and no camping at one venue all night just to be assured of catching the night's headliner. Getting in was never an issue anywhere.

It was the most laid back 35 Denton we've seen.

And that's not to say it was devoid of exciting moments. On Saturday night, The Zombies turned in a more solid performance than the band's most recent Kessler Theater displays. Frontman Colin Blunstone's vocals sounded stronger than ever, and the 50-year-old outfit spent far more of its festival set showcasing new material than at either of those Dallas dates.

On a smaller scale, Danny Diamonds thrilled a packed crowd on the back patio at Dan's with a rollicking set that alternated between old-school honky tonk and '90s alt-rock. Meanwhile, Daniel Markham turned in a tight rock 'n' roll set at the makeshift Greater Denton Arts Council stage, making even the awkwardly well-lit room feel like an appropriately dingy club. Markham's set was followed by an even more clangorous, but grossly under-attended, set from Los Angeles garage quintet Cobalt Cranes, whose members talked about driving through a snow storm to make it to Denton.

Maybe the favorite thing we saw was a set from The Hot Coffins at J&J's. When the band's usual drummer couldn't make the Sunday afternoon showcase, the guys tapped an 11-year-old boy — who was apparently named Robot — as a fill-in. Never missing a single beat, the little guy reveled in the basement's dim spotlight, hamming it up big time behind the kit, doing stick twirls and making funny faces. Like Layer Cake's set we caught the day before, it was a refreshing display of naivete that really drove home the point that one doesn't have to be the most well-known or experienced musician to turn in a truly memorable performance.

I suppose that's a fitting metaphor for 35 Denton 2015, too, where the bulk of the touring acts that appeared were some of the least-established that have ever played the fest. None of that seemed to matter much this past weekend.

In the face of high odds that indicated the contrary, it wasn't really a “down” year for the fest at all. 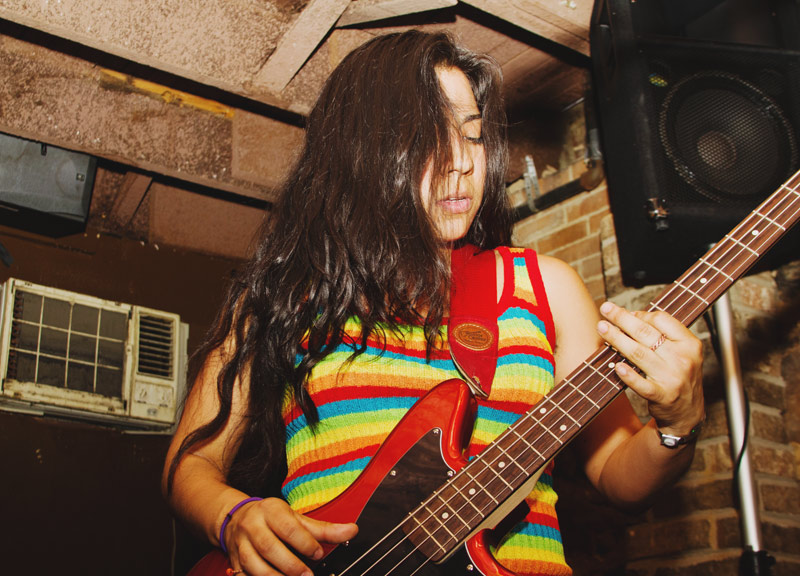 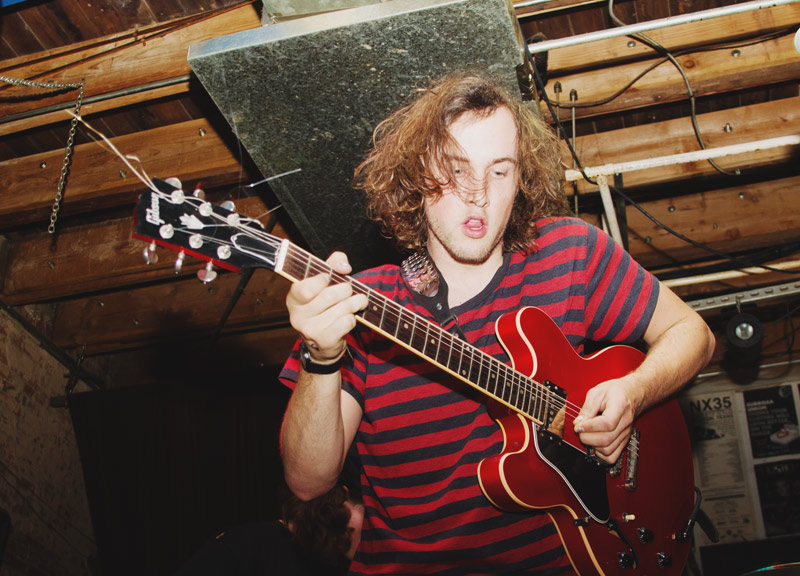 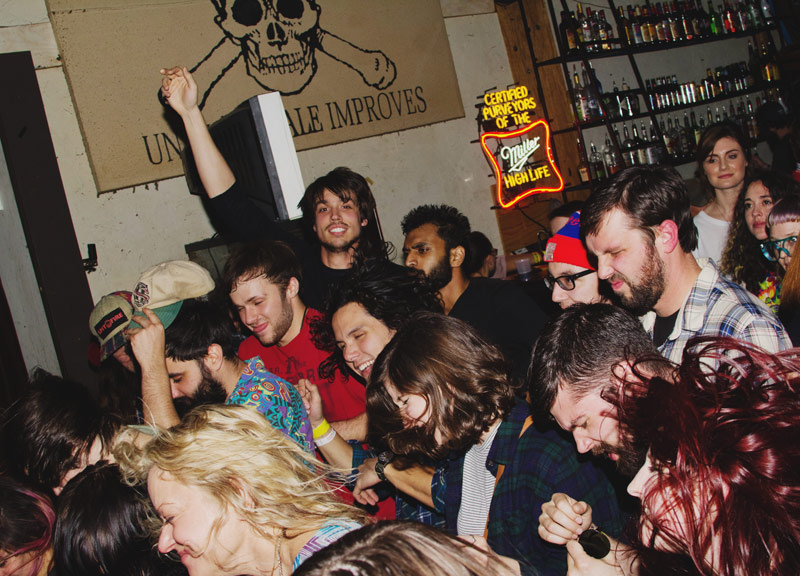 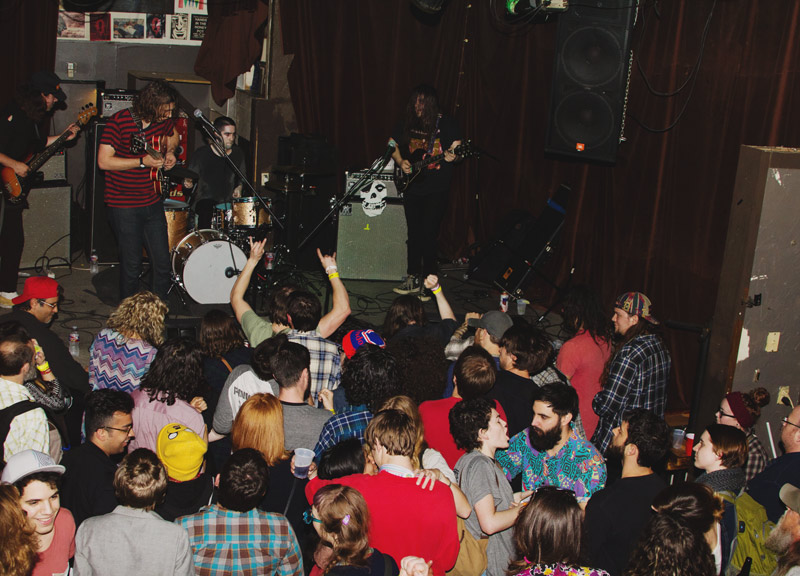 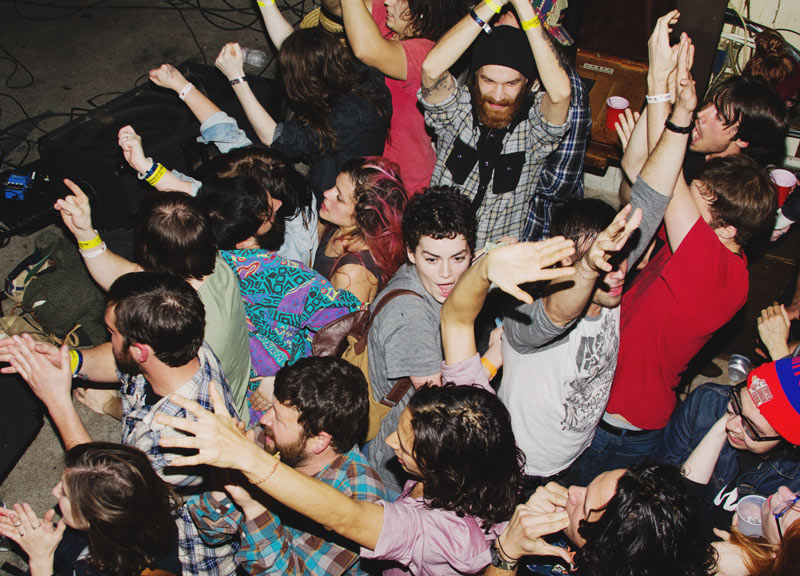 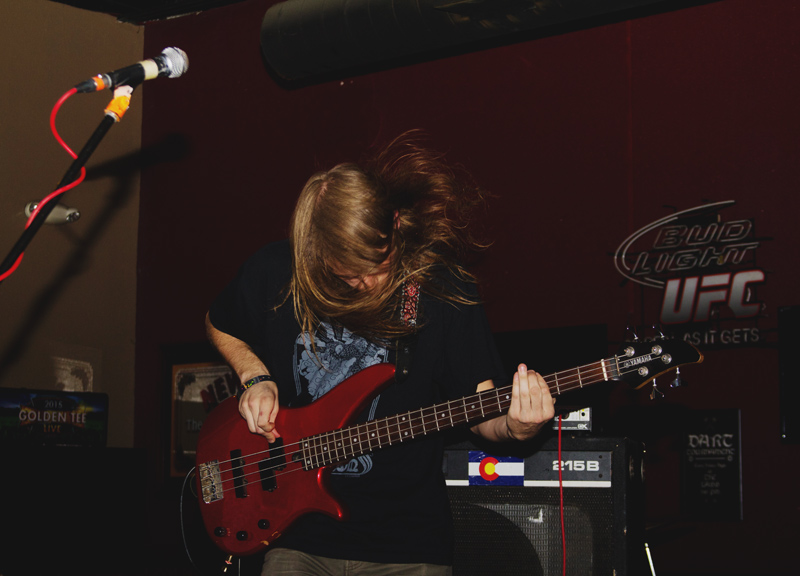 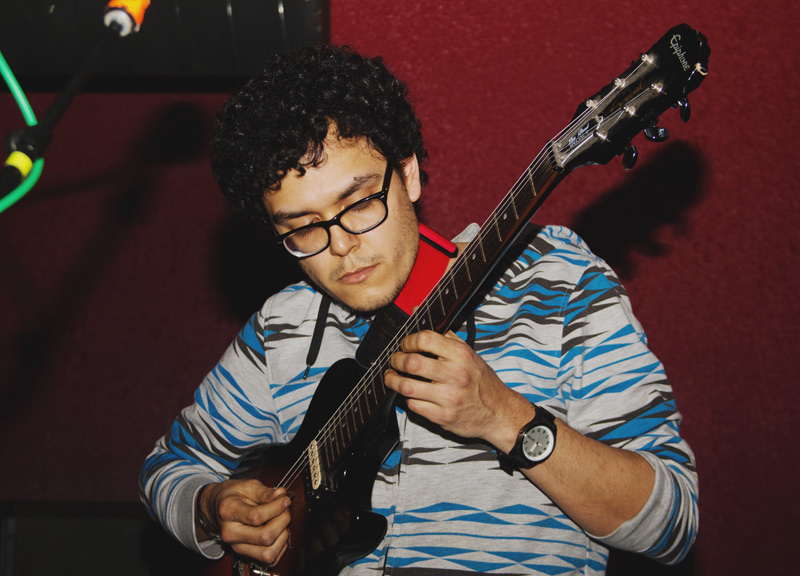 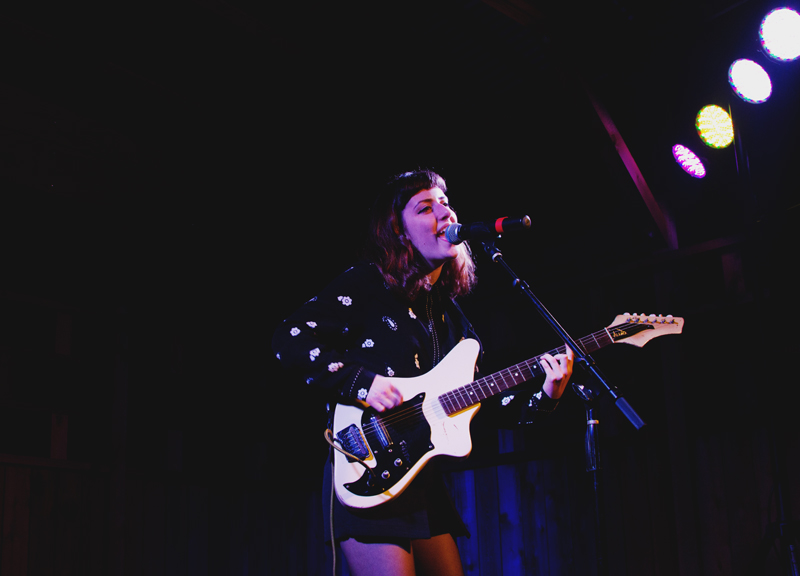 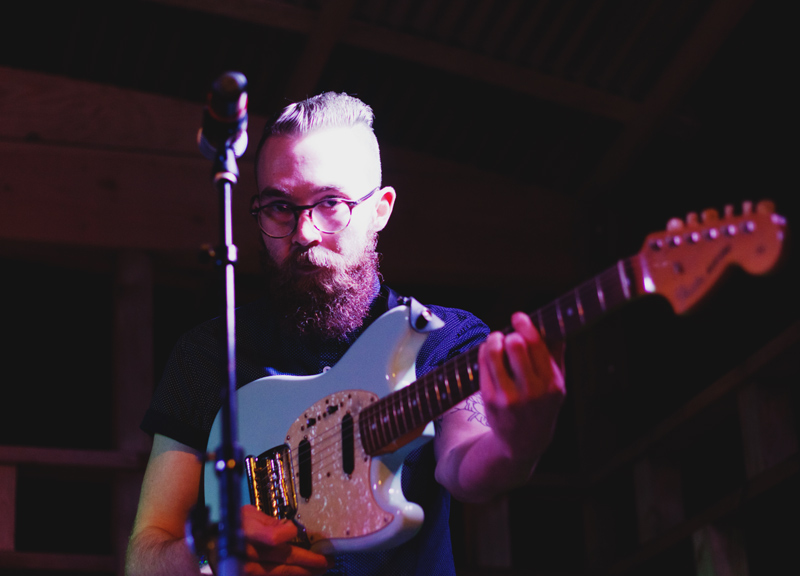 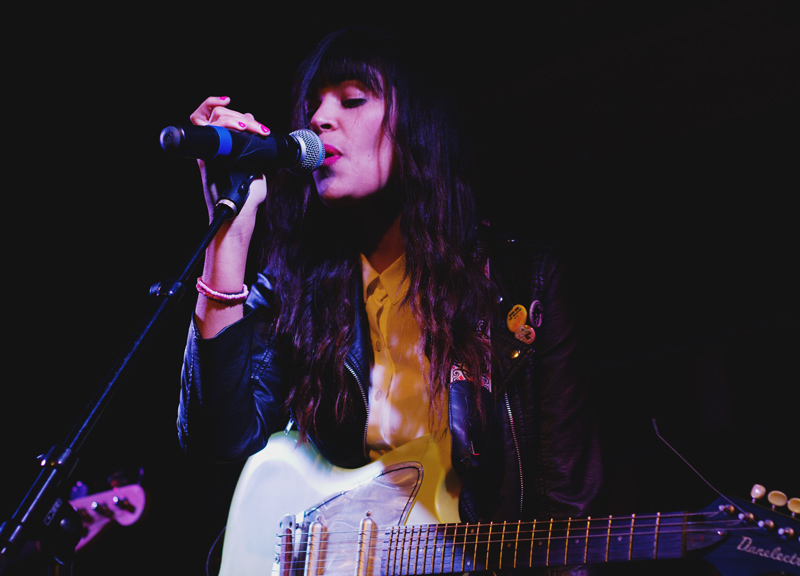 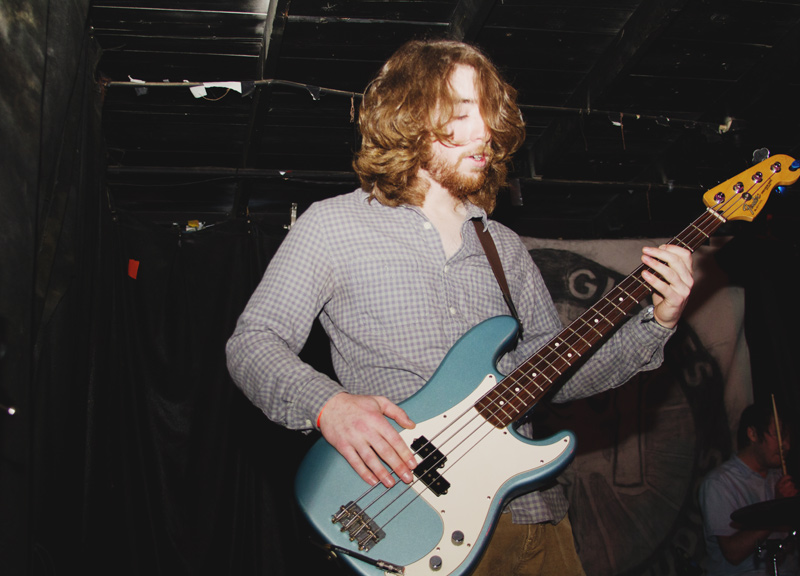 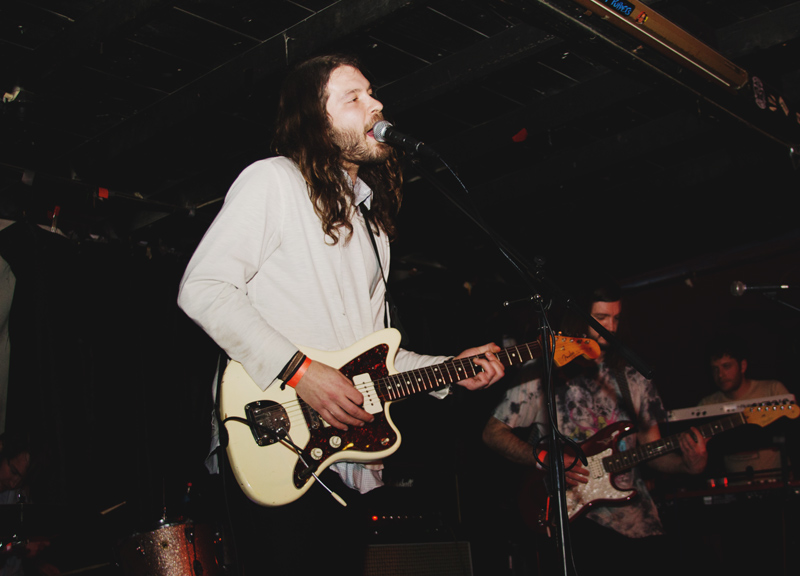 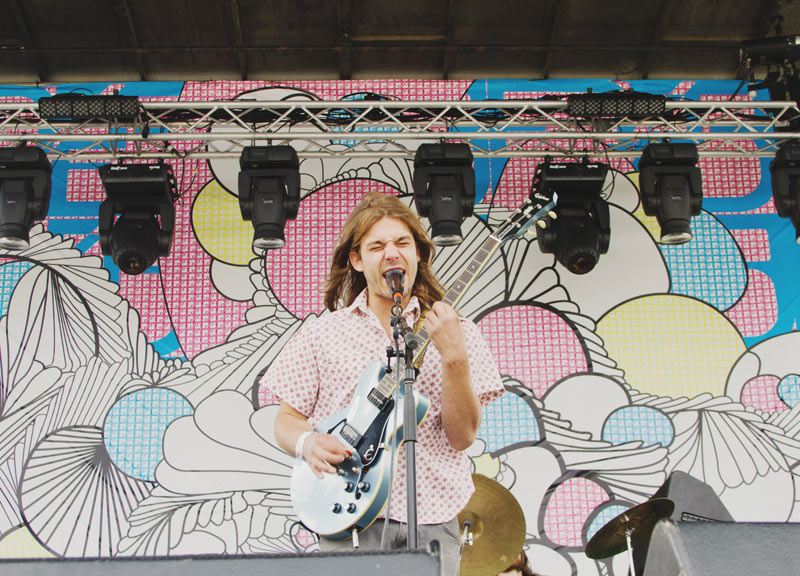 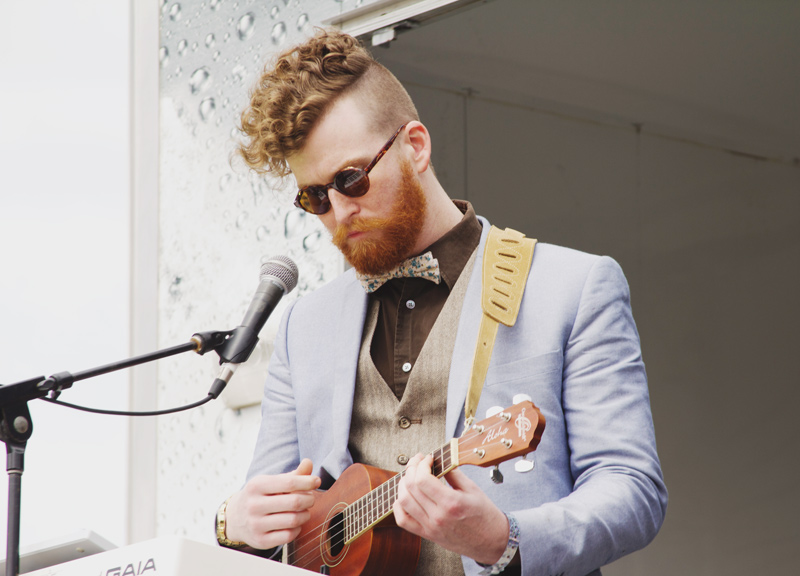 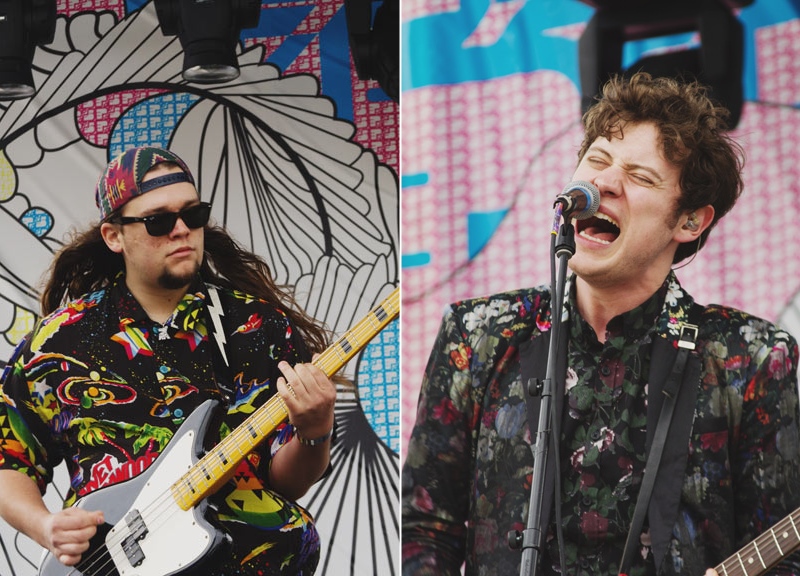 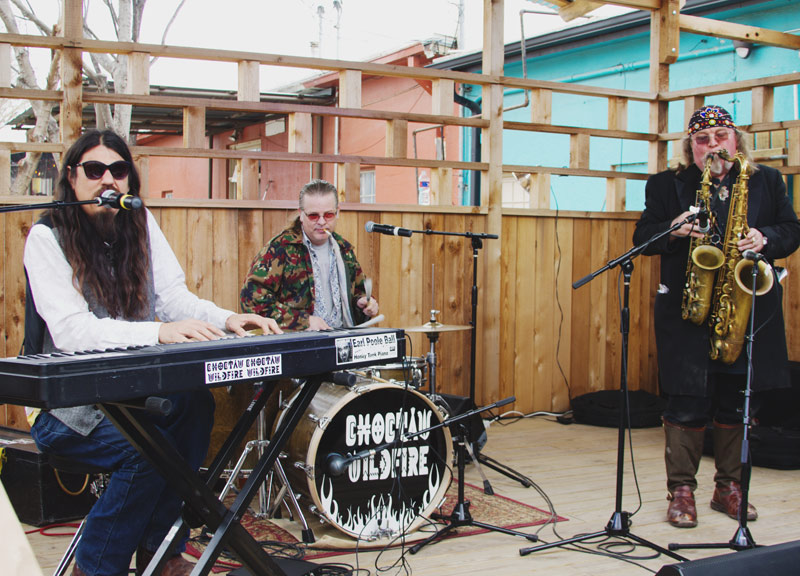 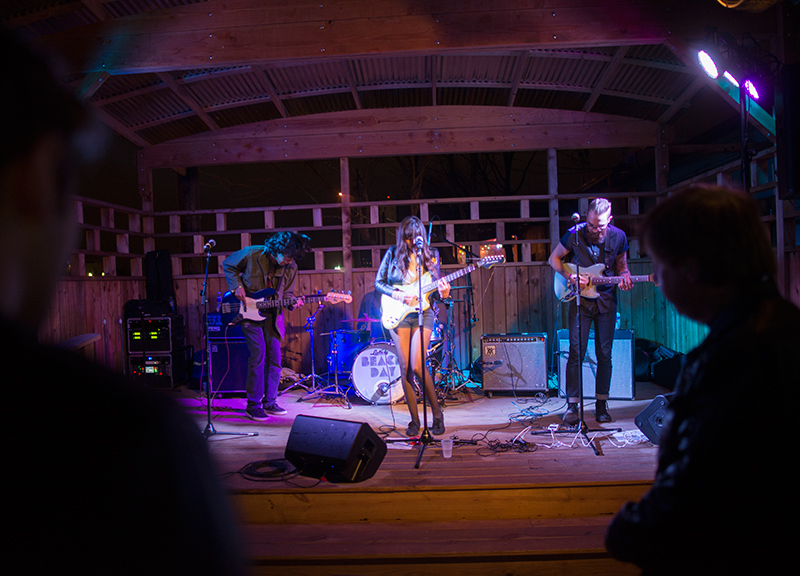 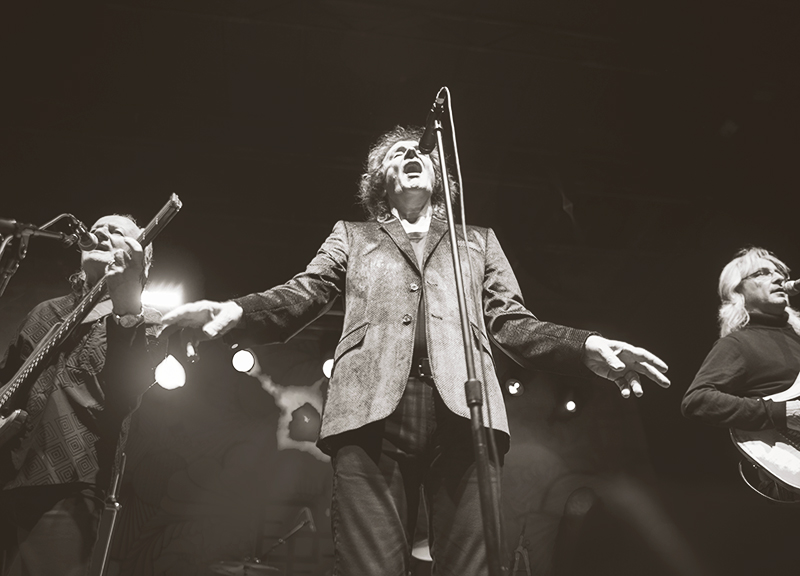 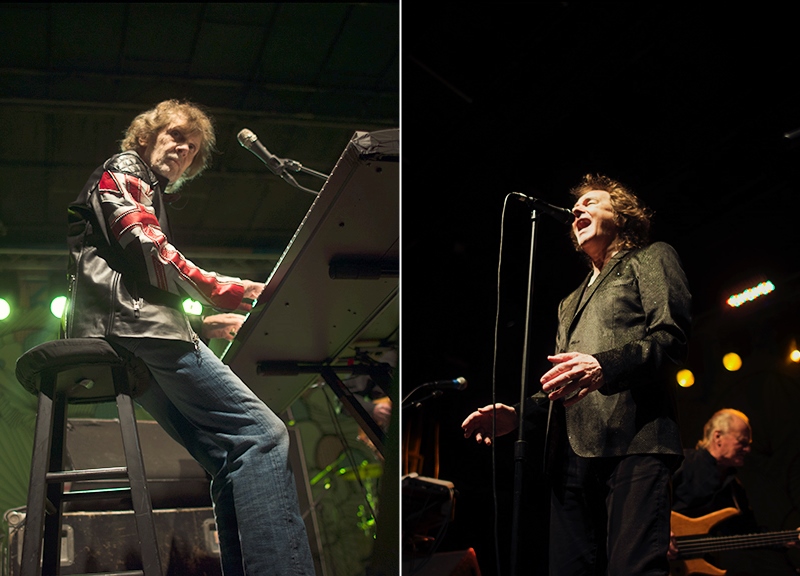