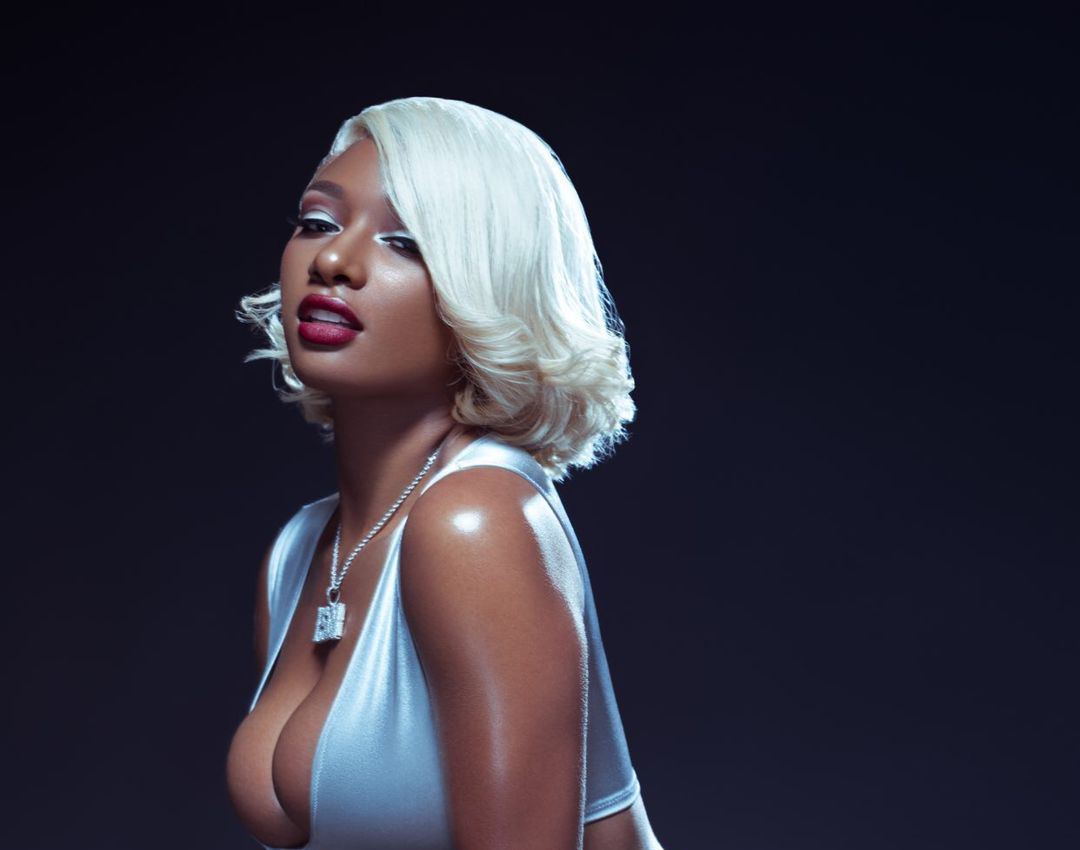 Have A Hot Girl Winter With Megan Thee Stallion, Celebrate The Holidays With The Polyphonic Spree And Have Christmas On Uranus At Double Wide. Plus More!

You might be ashamed of your Google search history, but Google sure isn’t.

Every year, the tech monolith releases the “Year in Search” feature, where it runs down the most popular searches that users submitted throughout the past 12 months.

You can sort the data by specific countries, which helps give you an idea of what different regions of the world cared most about that year.

You can also dig into statistics for specific states, so naturally we were curious about what Texas was searching for this year. Would Texas’ search terms be super Lone Star State-specific? Would Whataburger and Post Malone tower above all other cultural entities?

Looking through Texas’ trending Google searches for 2019, here’s what we found near the top of the list:

And among Texas’ top trending Youtube search queries for 2019 were:

So, what can we deduce from Texas’ top Google searches for the year?

Dallas Stars’ high placement on the list was a nice bit of DFW representation, but beyond that, Texas’ top search queries were basically indistinguishable from that of any other state.

Nothing particularly stands out in that list, but fortunately, we’ve got a much more exciting, Dallas-centric list of fun things to do in North Texas this weekend. — Daniel Valdez

My Mixtapez Most Wanted Fest at The Bomb Factory
Houston rapper and 2019 XXL Freshman Megan Thee Stallion has proven to be one of the most exciting breakout artists of 2019, and the mixtape that brought her to the spotlight, Fever, will find its way onto many “Best of 2019” lists. Megan could easily sell out Bomb Factory on her own, but for this event dubbed “My Mixtapez Most Wanted Fest,” we’re blessed with openers Yella Beezy, Moneybagg Yo, Polo G and Boosie Badazz. — Garrett Gravley

Festival of Tight III: The Tightmare Before Xmas at Division Brewing
Fort Worth “dirty pop” group Dead Words is presenting its third annual holiday party, featuring fellow local bands like Dead Flowers and From Parts Unknown. To honor this year’s “Halloween on Christmas” theme, partiers are encouraged to dress as spooky and (or) festive as they’d like. They will also be asking for holiday cards for LGBT folks without family to spend the holidays with, as well as donations for DIY theatre troupe, Pizza Chapel Theater Company. — DV

Death Angel at Trees
This legendary thrash-metal outfit is still going at it nearly 40 years later. Joining the band on this victory lap will be Exmortus and Hellfire. — GG

RJD2 at Gas Monkey Live!
RJD2 has been producing eclectic instrumental hip-hop tracks for a long time, but his defining legacy just might be his theme for Mad Men. — DV

Diamante at Three Links
After collaborations with fellow hard-rockers All That Remains and Bad Wolves, metal singer Diamante will be headlining Three Links for her “Blue Balls Holiday” tour. — DV

HeartByrne & Little Lies at Deep Ellum Art Co.
Talking Heads and Fleetwood Mac were two of the best things about the tumultuous ’70s, so two tribute bands for those acts will help us close out another turbulent decade. — DV

Do The Right Thing 4K Anniversary Screening at Texas Theatre
In honor of Spike Lee’s talk at the Winspear Opera House the next evening, the Texas Theatre is presenting his all-too-relevant 1989 masterpiece in shiny 4K. — DV

Christmas On Uranus at Double Wide
It’s gonna be a goofy, trippy holiday with these tribute bands to The B-52’s and The Cramps. — DV

Disco, TX Mad Men Christmas Party at Sons of Hermann Hall
Whether you see yourself as a Don Draper or a Peggy Olson, Mad Men fans will dig this ’50s-themed Christmas shindig. — DV

Cøzybøy at Ruins
This LA singer-songwriter makes Weeknd-indebted bedroom R&B with song titles like “i swear this søng is abøut eating øut my best friend’s pussy.” And yes, he really døes førmat all his writing like this. — DV

Nightmare On Elm Street Before Christmas On Friday The 13th hosted by Central Track & White Pants Agency
You know we couldn’t let the holidays go by without throwing our own party. We’ll have live tunes, bites from Brick & Bones and an open bar sponsored by Deep Eddy Vodka and Braindead Brewing. Also, bring a toy to donate to Sadie’s Sleigh, which gives gifts to kids with cancer. Entrance is free, but you’ll need to reserve a spot via the Facebook event to get in. — DV

Pauly Shore at Hyena’s Dallas
His streak of goofy, dumb comedy films made plenty of fans and critics back in the ’90s. We still think his best work was as Max Goof’s cheese-whiz obsessed friend Bobby in A Goofy Movie. — DV

A John Waters Christmas – Filthier & Merrier at Kessler Theater
The king of cinematic filth tours a Christmas-themed one-man show every year. It’s essentially his barbed love letter to the holidays. We also had a fun and filthy chat with him recently. — DV

Texas Star Burlesque: Pastie Pop Culture at Trees
American burlesque dates back to the mid-1800s, which could make it seem potentially antiquated to the uninitiated. Fortunately, Texas Star Burlesque’s fifth installment of Pastie Pop Culture brings the medium into the 21st century with routines and costumes inspired by modern-day music and film. — DV

Merry Christless at Gas Monkey Live
There’s plenty of Christmas parties happening in the next week or two, but this is probably the only one with a gothic dance soundtrack, tarot readers, and a Satanic confessional booth.  Probably. — DV

Greyson Chance at Club Dada
Greyson Chance garnered attention the way many Generation Z stars do – by achieving virality. When he was in 6th grade, the Wichita Falls-born singer-songwriter performed a cover of Lady Gaga’s “Paparazzi” that generated over 63 million views on YouTube as of December 2018. He appeared on The Ellen DeGeneres Show and used his newfound fame to embark on a solo career. The rest is history. — GG

An Evening With Chevy Chase at Toyota Music Factory
The Saturday Night Live alumnus and the actor who played Ty on Caddyshack will perform a stand-up in Irving 11 days before Christmas. Because of the holiday occasion, a screening of one of Chase’s other famous movies, National Lampoon’s Christmas Vacation, will follow. — GG

The Crystal Method at Canton Hall
The hyper-kinetic breakbeat duo became a solo act in 2017, but that hasn’t stopped the jams — a new album under the Crystal Method name came out last year. — DV

Pepe Aguilar at Dickies Arena
If you’re not clued into mariachi and ranchero music, Pepe Aguilar might not be a familiar name, but he’s a big enough deal to have four Grammys, a star on the Hollywood Walk of Fame, and play the biggest venue in Fort Worth. — DV

Gremlins 35th Anniversary Screening at Texas Theatre
There are three rules about Gremlins: don’t feed them after midnight, don’t get them wet and don’t miss the Texas Theatre’s screening of this darkly comic Christmas classic. Stay after the show for a performance from surf-punks Sealion and Sailor Poon. — DV

Coming In Hot at Deep Ellum Art Co.
A celebration of all things reggae, featuring live bands inside the venue, a DJ outside, and Caribbean food vendors. — DV

She Wants Revenge at Andy’s Bar
There was a time in the mid-2000s when bands tried to sound like Gang of Four and Joy Division. Bands such as The Strokes and Interpol were one of the few that remained evergreen almost two decades later, but bands such as this one kind of waned as the playing field changed. She Wants Revenge will be playing its second full-length This is Forever in its entirety, because the post-punk outfit might as well cater to a demographic that is nostalgic over Nick and Norah’s Infinite Playlist. — GG

#TBTour at The Theatre at Grand Prairie
Several acts you kinda-sorta remember from 2000s R&B radio are combining forces for this nostalgia cashgrab, including Immature, the boy band led by Roger from Sister, Sister. — DV

Holiday House Party at It’ll Do
At this free holiday dance party, Chicago house DJ Gene Farris will blast beats to get holly and/or jolly to. — DV

The Polyphonic Spree Holiday Extravaganza at Majestic Theatre
The Spree’s annual holiday shows always go all out, and this year’s gig is no exception. With performances from the band itself, Gustafer Yellowgold and even the tap dance troupes Dallas Tap Dancers and Choreo Records Tap Company, it’s sure to be an extravaganza indeed. If that is not enough, free milk and cookies will be provided at midnight. — DV

Dallas Santacon at The Rustic
If you find yourself surrounded by swarms of sloshed Santas on Saturday night, there’s only one explanation: the third annual Santacon bar crawl. — DV

Spike Lee at Winspear Opera House
It was nearly a year ago, but it’s still nuts that after 35 years of iconoclastic filmmaking, Spike Lee only got his first competitive Oscar for 2018’s Blackkklansman. There will surely be a lot for him to talk about there alone, let alone his full life and career. — DV

Peekaboo at Stereo Live
Matthew Lucas calls his particular brand of EDM “Space Bass.” Which is to say, it’s got enough rumbling low-end to be heard from space. — DV

Patterson Hood at Sons of Hermann Hall
Alt-country storytellers Drive-By Truckers are releasing a new record in January, but before that, one of the group’s main songwriters will be performing a solo set in Dallas. — DV

Field Day at Three Links
A punk-rock supergroup featuring members of D.C. hardcore crew Dag Nasty and L.A. cult band Down By Law. It does in fact sound like a field day. — DV

Better Now at Double Wide
Post Malone didn’t name his single of the same name after this Fort Worth emo group… as far as we know. — DV

A.C.E. at Granada Theater
Dallas loves its K-Pop apparently. A.C.E. is only the most recent group to make its way to the metroplex in the past few months. — DV

Silent Night, Deadly Night 35mm Screening at Texas Theatre
This slasher flick about a serial killer dressed as Santa Claus was so controversial in the ’80s that it was pulled from theaters just one week after it was released. Nowadays, though, it’s celebrated as a goofy and grisly cult classic. — DV

Black Joe Lewis & The Honeybears at Ridglea Theater
Among the major Texas indie albums with a tenth anniversary this year is Tell ‘Em What Your Name Is by this fiery blues-rock group. This show is in celebration of that 10th birthday. — DV

Dolly Llamas Album Release Show at Three Links
You might’ve seen these local punks open for Dirty Rotten Scoundrels at Trees on December 5, but if you missed out, here’s your chance. — DV

Velveteen Echo at Andy’s Bar
The dream of the ’90s is alive in Houston. This indie-rock band would have fit in perfectly on vintage college radio, in between tracks by Lush and The Sundays. — DV