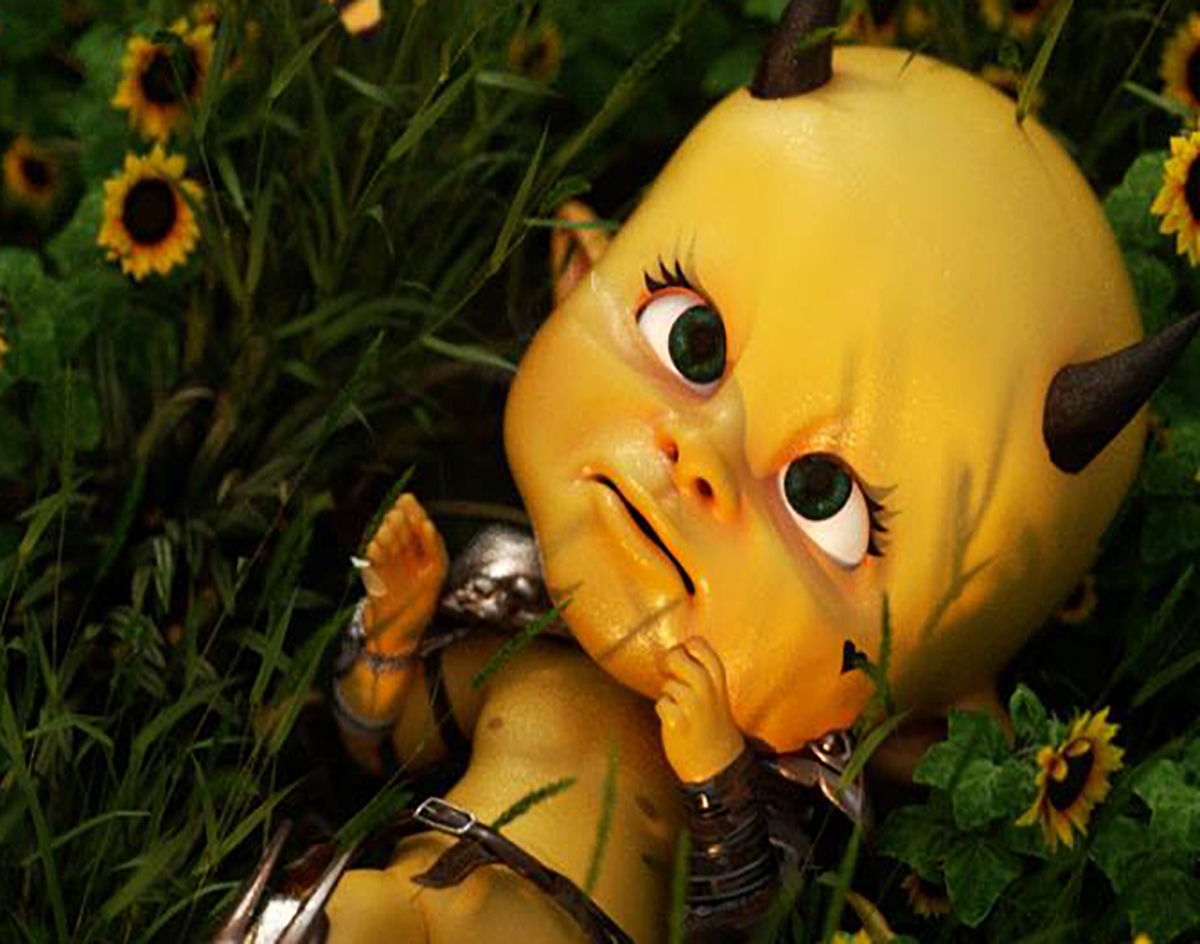 Have A Thousand Good Times At Posty Fest, Avoid The Quicksand With The Story So Far And Channel Your Zen Master For Toby Nwigwe. Plus More!

Grab your eyeliner, dust off your checkered vans and dig your Nightmare Before Christmas hoodie out of your parent’s garage — My Chemical Romance is back.

That’s right, former emo kids, on Thursday the band that understood your teenage angst and loneliness better than anyone else in the early to mid-2000s dropped a surprise announcement for a reunion show in L.A. slated for the end of this year. The news marks the emo pioneers’ first show together since 2012. Can you believe we spent most of the past decade without them?!

Although, we have to admit, we aren’t completely surprised. Remember earlier this year when Joe Jonas mentioned the band was rehearsing next door to he and his brothers? We never forgot, so thanks for that, guy.

Regardless of Jonas’ premature tea spilling, we’re still not ok (we promise) and will be spending our weekend listening MCR’s entire discography, if you need us.

You don’t have to spend your weekend sulking in emo nostalgia, though. And with so many fun things in DFW to choose from this weekend, how could you? — Alec Spicer

Frank Turner at Majestic Theatre
This won’t be as good as his underplays at Three Links and Shipping & Receiving, but it’s still sick. — GG

Destroyer at Texas Live
Not the acclaimed Canadian indie band, no, this Destroyer is a tribute act to the band Kiss. As much as they’d love to “rock and roll all night” like Gene Simmons, curfew is at 2 a.m. — DV


The Story So Far at House of Blues
Reports of the death of pop-punk have been greatly exaggerated. The Frights and Just Friends open. — DV

Ruel at Cambridge Room at House of Blues
Imagine Shawn Mendes but a couple years younger, Australian and with the middle-part haircut that was omnipresent in the ’90s. — DV

Ray Wylie Hubbard at Granada Theater
Last year, this outlaw-country vet was inducted into the Texas Heritage Songwriters Association in the same class as Buddy Holly. That’s some objectively incredible company to be in. — DV

Gatecreeper at Club Dada
This death-metal band hails from Arizona, which makes sense given that Arizona’s  weather is even more hellish than ours. — DV

Leonid & Friends at Canton Hall
A Russian tribute band to cheesy jazz-pop icons Chicago. Perhaps not the hippest of influences, but try and deny that “Saturday in the Park” slaps. — DV

Earshot at Trees
You can always get a good sense of a band’s style based on the artists they have opened for. On earlier tours, Earshot played with the likes of Kid Rock, Staind and Alien Ant Farm. That tells you all you need to know. — DV

Tobe Nwigwe at Gas Monkey Live
Nwigwe played for UNT’s football team until he suffered a career-ending foot injury, then he focused his energies towards his artsy-conscious hip-hop. UNT’s loss is the rap world’s gain. — DV

Fobia at Bomb Factory
Just this past Wednesday, Mexican new-wave legends Caifanes played at the House of Blues. One of the groups they toured with in the ’90s, Fobia, is playing the Bomb Factory. — DV

The Magic Flute at Winspear Opera House
Mozart wrote this classic opera 228 years ago, but it doesn’t sound a day over 200. — DV

Posty Fest at AT&T Stadium
Most festivals never make it to year two (we hardly knew ye, Kaaboo), but Post Malone’s curated festival beat the odds and is returning to Dallas. This time around, the one-day fest will be held at AT&T Stadium instead of Dos Equis Pavillion. This year’s stacked lineup of Posty’s famous friends includes Pharrell, Meek Mill, Rae Sremmurd and hometown hero Yella Beezy. — DV

Jay and Silent Bob’s Roadshow at Texas Theatre
There’s a million fine looking girls in the world. But they don’t all bring you lasagna to work. Most of them just cheat on you. — GG

Craig Finn at Club Dada
Once upon a time, the Hold Steady were the “it” act of the Pitchfork-centric indie sphere. Now its frontman, Craig Finn, is working on a solo project during his band’s dormancy, and he will play Dada in support of his new LP, I Need a New War. — GG

Poppy at Trees
If any artist could be descibed as “post-internet,” it would unequivocally be performance-art provocateur Poppy. In a characteristically left-field move, she’s recently made a stylistic shift from synth-pop to nu-metal. — DV

Tooloji at Gas Monkey Live!
The last Tool album wasn’t exactly amazing, so perhaps it’s better to remember the band  how it once was. Tooloji is a tribute band dedicated to the group’s 90s/00s heyday. Also on the bill are tribute bands for Rage Against the Machine and Deftones. — DV

Phutureprimitive at Gas Monkey Barn N’ Grill
On the glitch-hop DJ’s Youtube press bio, his music is described as “dripping wet love drops.” Sounds kind of gross and moist that way, but it’s got you curious, doesn’t it? — DV

Boogie Bash at Comerica Center
“Get Down Tonight” with KC & The Sunshine Band. Proceeds go towards the homeless youth charity City House, so you can probably get down with that at the very least. — DV

Festicle at Braindead Brewing
The fifth installment of Braindead’s Festes (they’re not the only ones who can make gross puns) promises exclusive beers to-go, plus a DJ set from Dallas’ Loop Daddy, Marc Rebillet. — DV

Chameleons Vox at Three Links
The Chameleons were one of the great unsung post-punk bands of the ’80s. Bands of the early 2000s such as Interpol almost certainly wouldn’t exist without it. — DV

Old 97s + Tripping Daisy at Carrollton Switchyard Fest
This annual festival in the heart of downtown Carrollton is nearing almost a decade of booking solid headliners for a festival of its ilk. Take notes, local contemporaries. — DV

GramFest at AllGood Cafe
One of the coziest spots in Deep Ellum is hosting its annual GramFest, which is celebrating the life and music of Gram Parsons. Local bluegrass band The Gullyjumpers headlines the show under their Burrito Brothers-honoring Burrito Deluxe concept (that also plays Gram Parsons, Byrds and Emmylou Harris songs). Various special guests — including Dallas punk legend Barry Kooda — join in on the fun. — DV

Emo Nite at Lizard Lounge
Given My Chemical Romance’s big announcement, this could not come at a better time. Also Hellogoodbye may or may not be there, but there’s only one way to find out. — AS

Lukas Graham at House of Blues
Originally, the Danish pop band was scheduled to perform on March 8, but due to scheduling conflicts, they postponed their tour to this fall, which includes this raincheck. — GG

Helmet at Trees
Whether you choose to credit or blame the band for this, Helmet has had an enormous influence in alternative, nu metal and post-hardcore. Bands like Linkin Park, Korn, System of a Down and Pantera count Helmet as an inspiration for their sound. The band will be touring this fall in celebration of its 30-year anniversary and swinging through a venue it has a rich history with. — GG

El Tri at The Pavilion at Toyota Music Factory
This Mexican rock band just turned 50 and will be touring the U.S. as part of a victory lap. That’s half a century! — GG

Shovels & Rope at Granada Theater
In addition to writing its own tunes, this husband-and-wife folk duo has also released two cover albums. One of the songs they’ve covered is, of all things, “Epic” by the metal band Faith No More. You have to respect the eclecticism. — DV

Jack Harlow at Club Dada
This rising pop-rapper started his recording career by plugging a Guitar Hero microphone into his laptop. No word on whether he used the plastic guitars on those early tracks, though. — DV

Ray LaMontagne at Music Hall at Fair Park
A couple years ago, Ray LaMontagne was booked to play a show at UT Austin, then cancelled it after the Texas campus carry laws passed. Makes sense he’s not playing UT Dallas on this tour. — DV

King Diamond at Bomb Factory
In 2007, this Danish metal band released an album called “Give Me Your Soul…Please,”  proving that even metal-heads mind their manners. — DV

The California Honeydrops at Deep Ellum Art Co.
As temperatures continue to plunge into the 40s, some warm, energetic soul will help keep the cold away for another day. — DV

Godzilla 65th Birthday Triple Feature at Texas Theatre
Godzilla’s finally old enough to retire, so the Texas Theatre is screening three of his early films from back when he was a young scaly whippersnapper. — DV

Scott’s Super Secret Birthday Show at Three Links
Three Links has been teasing a “big super secret headliner” for this gig, a birthday show for venue co-owner Scott Beggs. The suspense is killing us! — DV

The Magic Flute at Winspear Opera House
Mozart wrote this classic opera 228 years ago, but it doesn’t sound a day over 200. — DV