38 Things To Do In Dallas This Weekend. 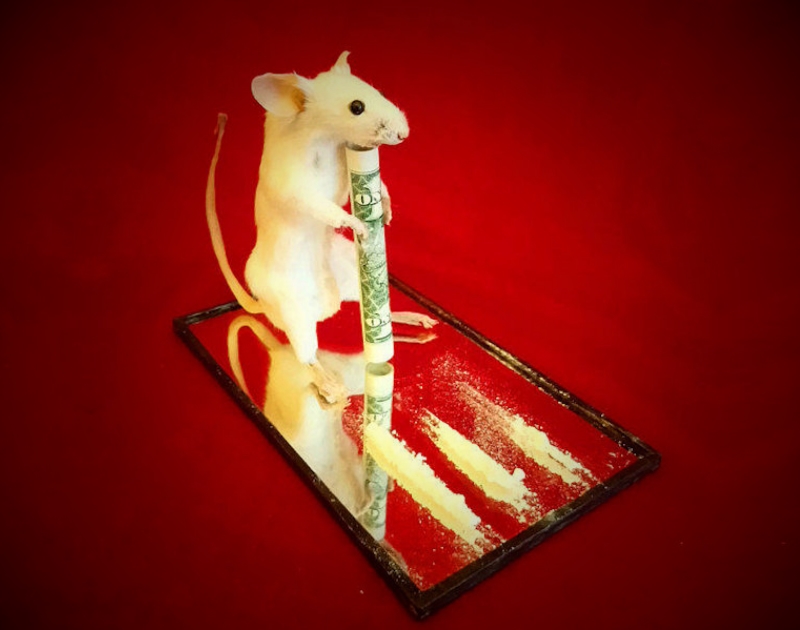 Recently, a British scientist concocted a new type of hot sauce in his lab that gets its heat via a synthetic poison intended to mimic the bite of a Trinidad Chevron tarantula – which is said to cause “muscle spasms and burning pain.”

No word on how it tastes. But after appearing on television, enough curiosity seekers popped up to buy all the available bottles of the liquid pain.

That said, you’ll have to find some other ways to entertain yourself while the sauce is on backorder. We’ve got a few suggestions below, but sadly none of them offer anything close to actual muscle spasms. — Cory Graves

DeRay Davis at Addison Improv
The comedian noted for his appearances in the first two Barbershop movies hits town for multiple days of stand-up shows. — CG

The Unashamed Forever at UTA College Park Center
Lecrae headlines this version of The Unsahamed Forever Tour, which is back and it is time to look forward to celebrating an evening to celebrate the heritage of faith and community. – Mira Scott

Nothing More at South Side Ballroom
The Grammy-nominated hard-rockers from San Antonio are on their biggest headlining run to date. — CG

Camila, Sin Bandera at The Theatre at Grand Prairie
Mexico’s pop/rock duo, Camila and Latin Pop Legends, Sin Bandera, are joining forces to showcase to the world that these two are artists, musical composers and the best group in Latin pop. — MS

Steve Lawler at It’ll Do Club
The British house DJ will be King of the Do. — CG

Boosie Badazz at Gas Monkey Live
Boosie is a rapper from the Southside of Baton Rouge. He teamed up with C-Loc and debuted on his fifth album in the late 1990s. From then on, if you know Boosie then you know Boosie, and if you don’t, search the song “Zoom.” — MS

Jessie Frye, The Wild Frontiers, Nite at Three Links
There’s a little something for everyone on this local bill. From those Bernie Sanders-loving pop fans there’s Denton’s Jessie Fry. Not to be forgotten, twin brothers Myles and Kyle Mendes whom create electronic/dream pop music will join the stage with the alternative band, The Wild Frontiers. — MS

Texas Pinball Festival at Frisco Convention Center
Lover of pinballs? You’re especially invited to join in on the fun. This year the team wants to top off last year’s festival bringing in 400 pinball machines, classic video games, a swap meet and other free goodies for the weekend. You just have to make the trip to Frisco. The Ikea meatballs alone are worth the trip. — MS

The Van Sanchez, Goodnight Ned, Sean Foster, Jonas Martin at Double Wide
Travel back in time to 2014 for this vintage Deep Ellum bill featuring the Charley Crockett lead guitarists side hustle and several other bffs. — CG

Haunted White Rock Lake Ghost Hunt Investigation
The legend of The Lady of White Rock Lake is one of Dallas’ oldest ghost stories, passed down for decades. A team of paranormal investigators and the first 30 folks to sign up for this event will attempt to get to the bottom of it this weekend. — CG

Excision at Toyota Music Factory
If this year’s Coachella lineup is the canary in the coal mine for 2019’s musical trends, the EDM that was prominent earlier this decade now has a reinvigorated pulse — as evidenced by the booking of Diplo, Bassnectar, Zedd and Dillon Francis. Anyway, Excision is kind of in that realm, and he’s in turn being upgraded from his normal stomping grounds at South Side Ballroom and venturing out to Irving this time around. — GG

Big Business at Regal Room
When they’re not performing or recording with the Melvins, Big Business is touring rather frequently. Following a set at Trees with drummer Coady Willis’ other band Murder City Devils, the Seattle metal duo returns to Dallas to play to a smaller room just a few blocks over. — GG

Vitro Moda 11 at 809 at Vickery
If Dallas had a fashion week like the one in New York City, Vitro Moda would win for most innovative runway. From the creation of glass (Vitro) and fashion (Moda) blend into a one-of-kind fundraiser. Models will walk the walk and any glass-work featured during the show are for sale at the end. — MS

Ned LeDoux at Billy Bob’s
Without rodeo-riding songsmith Chris LeDoux, there’d likely be no Garth Brooks. But there’d definitely be no Ned. — CG

Jaime Wyatt at Blue Light
Most modern day “outlaw” country musicians are pretty much full of shit. It’s more or less a costume and public decree that you’re not into bro country. But Wyatt’s most recent album is about actual hard prison time she did for robbing a drug dealer. That is to say she’s earned her floppy hat. — CG

Mujeres Market at Maroches Bakery
March is known for Women’s History Month and what better way to celebrate than the Mujeres Market? From 2 to 8 p.m. Maroches Market, in Oakcliff, will be hosting this market to celebrate the art of women of color. There is going to be live art, spoken word, vendors, music and more. — MS

Bar-kays, Zapp Band, The Gap Experience at Music Hall at Fair Park
The bands behind funk and soul classics like “Soul Finger,” “More Bounce to the Ounce” and “Oops Upside Your Head” join forces for an epic throwback bill. — CG

Plan B Presents: ‘80s Nite at Dada
The ladies of Plan B Burlesque will be slip-sliding across the floor socks and underwear style a la Tom Cruise in Risky Business, or something like that, in this ‘80s-themed night of tease and dance partying. — CG

Between the Buns at Dallas Farmers Market
Featuring over 25 of the best slider slingers in Dallas, with a side of live music, beer and cocktails. — MS

Beginner’s Mouse Taxidermy Class at Curious Garden
Have a passion for Taxidermy? Or just want to try something new, you know, break out your shell a little bit? Then sign-up for a class. The price is $150, no refunds, no prior experience is required but there are only 12 spots available. — MS

Shinyribs at Kessler Theater
Shinyribs, or Kevin Russell as his parents call him, is taking a trip up I-35 to grace the Kessler Theater with his unwavering voice, skilled guitar picking and colorful lyrics. Russell has been making music since the tender age of 14 where he grew up in the bayous of Beaumont, Texas. He will always be recognized as the front man and mandolin player for Austin’s own The Gourds where he has taken Americana to new levels and new places. — Roberto Aguilar

Leoncarlo, Chelsey Danielle (EP release) at Top Ten Records
Chelsey Danielle is known around the Dallas area since she’s played with bands like Poppy Xander, Pearl Earl and Helium Queens. Best known for her percussion, drum and keyboard work, her style is described as feel good music and you can see her perform in celebration of her new solo EP. — MS

Guillermo del Toro’s Hellboy (35mm) at Texas Theatre
It’s been 25 years since Mike Mignola first unveiled his half-demon superhero. So Darkhorse Comics has proclaimed today as national HellBoy Day. The Oak Cliff theater’s getting in the spirit with a screening of the 2004 film adaptation and giving away some comic books. — CG

Pink at American Airlines Center
The aerial performer and pop singer is on the back half of a two-year world tour in support of her seventh full-length record, 2017’s Beautiful Trauma. — CG

The Jibs at The Prophet Bar
Forget what you heard, the little half of The Door is still here. For now. Evidenced by the fact that Austin indie rockers The Jibs are scheduled to play there this weekend. Nine Blind, Man & the Tiger and Pixie Jean open. — CG

The Iron Maidens at Trees
An all-female Maiden tribute headlines. A Metallica tribute opens. Run to them hills already. — CG

The Dollyrots at Three Links
In all likelihood, the LA-based pop-punk trio will probably whip out a few Bowling for Soup covers tonight. And we’re not just saying that because this show takes place in Dallas. Back in 2011, the two bands covered each other’s songs for a limited edition split they sold while on tour together that year. Go Betty Go and BFS’ latest protégés Not Ur Girlfrenz open. — CG