38 Rad Things To Do In And Around Dallas This Weekend. 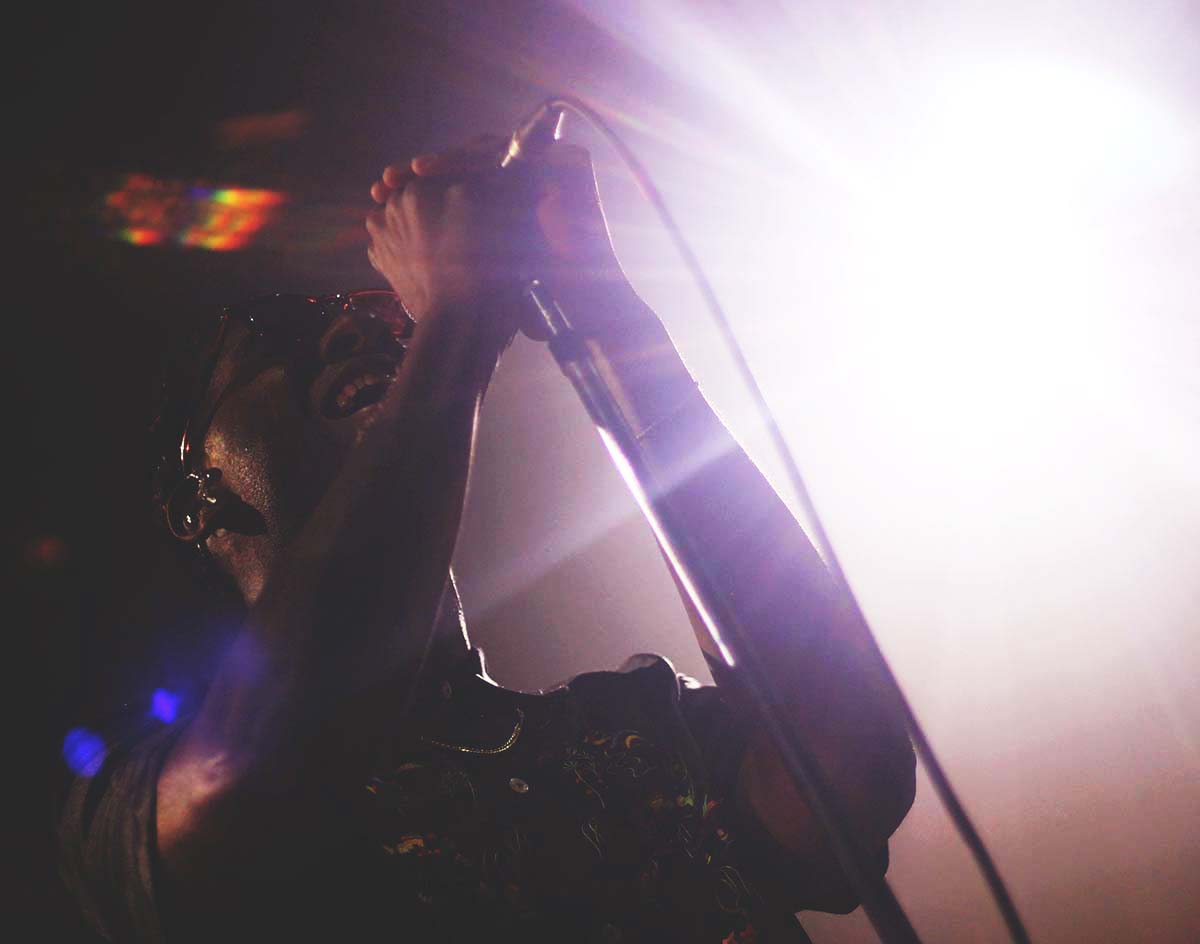 Get Live In The Funk With Leon Bridges At Fortress Fest, Pin Down Your Favorite Food At Taco Libre, Learn All About Psychedelic Mushrooms And So Much More.

If you’re the type to sit around at home all the time, re-watching Friends and The Office on Netflix for the umpteenth time, we’ve got some bad news for you: Those shows, along with other NBC favorites, could be leaving the streaming giant soon.

Seems, much like every other entertainment property-owning company around, NBC Universal is gearing up to launch its own streaming service in 2020, and after initially saying it had no intentions to pull content from Netflix, the company’s now reportedly reconsidering that stance.

Consider this news an excuse to finally get out of the house and experience all the thriving culture and entertainment options that exist all around you right here in Dallas-Fort Worth. The below list can help you get started on that right away. — Pete Freedman

FKJ at Canton Hall
FKJ (abbreviation for French Kiwi Juice) is the project of French multi-instrumentalist Vincent Fenton, who has been a driving force behind the resurgence of French house music in the mid to late-2010s. A growing force in the Parisian electronic scene, Fenton has enjoyed success both in Europe and the United States, even embarking on a US tour in late 2017 which included a sold-out show at Trees. Now with a massive Maesgo-fueled hit under his belt, he returns to Dallas for a gig at Trees’ bigger sister, Canton Hall. — Garrett Gravley

Dan Cummins at Texas Theatre
The host of the Timesuck podcast makes a special appearance in Dallas in support of his two latest stand-up releases, “Maybe I’m The Problem” and “Feel the Heat.” We’ll just pretend he didn’t also produce an episode of Duck Dynasty. — GG

Real Women Have Curves at Kalita Humphreys Theater
Transitioning from girlhood to womanhood can be a tad bit hard when you’re fresh out of high school, and especially so when you know nothing about the real world. In this play, Ana just graduated high school and dreams of going to college to become a writer but for now is stuck working at her sister’s garment factory. It’s here where she will grow and learn to appreciate the struggles of the women she works alongside with. — Mira Scott

Beach Fossils at Gas Monkey Live
Right along with contemporaries such as DIIV, Wild Nothing, Real Estate and Smith Westerns, Dustin Payseur’s Beach Fossils achieved notoriety almost a decade ago as the then-emerging lo-fi/jangle pop/dream pop circuit came in full swing. The band returns to Dallas now to play Gas Monkey Live, an abnormally large venue for an act of its size — especially considering that its last area show was free and came before an audience of maybe 1,000 people (tops) at Legacy Hall in Plano. — GG

Night Beats and Cosmonauts at The Foundry (Free)
Every year, Parade of Flesh curates a handful of free shows dubbed “Free at the Foundry” that take place on various weekends at the series’ namesake venue. Bands such as King Gizzard & The Lizard Wizard, Screaming Females and Protomartyr are a few of many bands that have been part of it in the past, and now a co-headlining bill with Night Beats and Cosmonauts comprises the first of many announcements for 2019’s installment of the series. — GG

Draft Day Parties at The Star
A weekend’s worth of Cowboys-sponsored NFL Draft watching parties provides fans the chance to meet current Cowboys players, cheerleaders and even the team mascot, Rowdy. Admission and parking is free, so there are no excuses for absences. — MS

Al Green at The Pavilion at Toyota Music Factory
The Reverend just is embarking on his first tour in seven years with the New Orleans Jazz & Heritage Fest as an anchor date. Because we have it so good here, Dallas is one of just five stops. — GG

Hellogoodbye at Prophet Bar
The one-hit wonders behind “Here (In Your Arms)” are back in town. — GG

Stravinsky’s “Firebird” at the Morton H. Meyerson Symphony Center
This Soluna Fest performance kicked off on Thursday and runs through the weekend. Bummed you missed Night One? Don’t be. Here’s a pro tip: Second-day performances tend to be better than the first-day ones. — MS

Vertical Horizon at Cambridge Room
Hey, remember that song “Everything You Want”? These guys wrote that. — PF

100% Pure Love at Double Wide
The Who Cares crew of DJs returns with another round of tunes dedicated to ’90s and ’00s hits. — PF

Fortress Festival at The Modern Art Museum of Fort Worth (Day 1)
Day One of this appealing annual Fort Worth affair features sets from the Scottish synth-pop heroes in Chvrches, the rousing hip-hop duo Rae Sremmurd, the rhythmic pop sensation Tinashe and the Def Jam-signed Dallas rap provocateur Bobby Sessions. — PF

Taco Libre Dallas at Dallas Farmers Market
Everyone talks about how much they like and enjoy tacos, but if you haven’t been to Taco Libre Dallas, then something isn’t adding up. This fun annual foodie fest features 28 of the region’s best taquerias, plus music and lucha libre wrestling. — MS

Peter, Bjorn & John at Club Dada
Out of all the popular ’00s bands from Scandinavian countries, this the one that whistles — and used to play rooms loads bigger than this one. — GG

King Dude at Regal Room
If you like neo-folk artists such as Death in June — but don’t love all the associations of white supremacy — give this show a shot! — GG

Black Label Society at Canton Hall
Touring in celebration of the 20-year anniversary of their 1999 debut album, Sonic Brew, and part of that includes a two-night stand at Canton Hall. This is Night One of said stand. — GG

Cherry Glazerr at Deep Ellum Art Co.
With a softer voice but punk-like attitude — not unlike Sandy West from The Runaways — Cherry Glazerr’s Clementine Creevy is a riveting lead for this Los Angeles-hailing act that blends punk, grunge and new wave. — MS

Dallas Cowboys 5K at The Star
How about sneaking in a little run before Day Two of the NFL Draft? — PF

The Apartment (4K Restoration) at Texas Theatre
In this 1960 romantic comedy, insurance worker C.C. Baxter has an apartment in the Upper Westside. He lends his fancy apartment to some company bosses who indulge in extramarital affairs. Come to find out, Mr. Sheldrake, the boss who promoted Baxter, is using his apartment to meet with Fran Kubelik, the elavator girl Baxter’s has been interested in. Now, it’s either his promotion or the girl of his dreams. Or, well, it was almost 60 year ago. But we digress! — MS

Beginner’s Mouse Taxidermy Class at Curious Garden
Have a passion for taxidermy? Or just want to try something new to, y’know, break out your shell a little bit? Then sign-up for a class! The price for this one is steep at $150 with no refunds. But no prior experience is required to make mice do your forever-frozen bidding! Alas there are only 12 spots available. — MS

Fortress Festival at The Modern Art Museum of Fort Worth (Day 2)
The second day of this annual Panther City party ups the ante with a fest-closing offering from hometown hero Leon Bridges, plus sets from the Houston psych-funkers in Khruangbin, New Orleans funk stylists Tank & The Bangas and the eight-piece British indie-pop act Superorganism. — PF

Psychedelic Mushroom Convention at the Bella Vista Inns & Suites in Grand Prairie (Sold Out)
Originally slated to go down at Fair Park, this psychedelic mushroom convention — it claims to be the first-ever of its kind! — promises lectures from top mycologists, trauma specialists and other fungal researchers. There will also be various vendors on hand, we’re told. No word, though, on what they’ll be selling, exactly. — MS

Chief Keef at Gas Monkey Live
Rappers such as Lil Uzi Vert, Playboi Carti, Smokepurpp, XXXTentacion and Juice WRLD have all taken on a style that can be directly traced to Chief Keef’s, a quality which has earned him pioneer status along with Gucci Mane, Future and Lil Wayne. — GG

Black Label Society at Canton Hall
It’s the second night of the band’s two-night stand at Canton Hall in celebration of the 20-year anniversary of their 1999 debut album, Sonic Brew. — GG

60th anniversary screening of Some Like It Hot at the Majestic Theatre
What more could you want besides Marilyn Monroe, ukuleles and a little innocent cross-dressing? — MS

Claire Morales, Poppy Xander and The Timewreckers at Three Links
Pretty good little all-local bill for a Sunday night! Denton’s Morales is an ace songwriter starting to get national attention and Xander’s in about a million solid projects around town but playing solo here. — PF