35 Things To Do In Dallas Before New Year’s Eve. 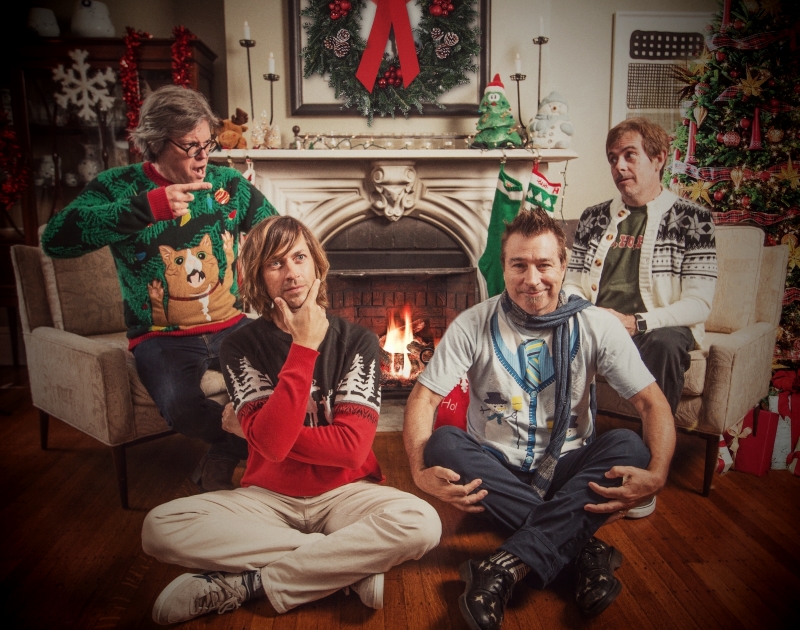 Love the Holidays With Old 97’s, Put a Bird On It With Washed Out, Wreck the Halls at a Haunted House, Relive Disney’s Heyday and More.

The shower is a spot where we do some of our deepest and best thinking. Next time you’re in there, you should ponder the very origins of showers themselves. Turns out, there’s a dark history there, developed as a way to control mental patients way back when.

As a show of support to those with mental handicaps, I propose we all stop showering. Soon enough, you’ll be able to tell who is being sensitive vs selfish just by sense of smell.

Then you can quickly decide who you want to hang out with as you hit the town this week leading up to the new year. — Cory Graves

Robert Earl Keen’s Cosmic Cowboy Christmas at House of Blues
It’ll be another Merry Christmas with the fam-o-lee, as the Texas troubadour brings his annual Christmas show back to town. — CG

Washed Out at Canton Hall
One of the remaining blips of chillwave’s life support, and the source of the Portlandia theme song keeps the genre alive. — CG

Cowboy Mouth at Gas Monkey Bar N’ Grill
The 2011 Louisiana Music Hall of Fame inductees’ current lineup boasts former members of pop-punkers Jimmie’s Chicken Shack, southern rockers Dash Rip Rock and new wave/punk rockers Red Rockers. Not that it matters with a band like Cowboy Mouth, whose albums have always contained a pretty varied collection of country, alternative and straight ahead rock. For as hard as the band’s recorded output has been to pin down over the years, most agree that their live shows are simply thrilling, high-energy displays. — CG

Bob Schneider at Granada Theater
Long a mainstay in the Austin’s music scene, Schneider brings his genre-bending ways to the Granada for his annual New Year’s Eve Eve show at the historic theater. He’s known for being a great performer. And for once dating Sandra Bullock. — H. Drew Blackburn

Willy Wonka and the Chocolate Factory at Inwood Theatre
If you want to view paradise, simply look around and midnight view it. — CG

GUTI at The Secret Techno Bunker
Don’t draw too much attention to this dance party by parking a bunch of cars out front. Get dropped off like a true pro. And remember, no cell phones on the dance floor. — CG

Sad Cops Tour Kick-Off at Andy’s Bar
Them boys is all growns up. Loafers, Skirts and Springtime & the Changes help send them off on tour in style. — CG

Old 97s Holiday Extravaganza at The Statler Ballroom
The 97’s released their first full-length of Christmas originals this year, performing them on this holiday-themed run. Frontman Rhett Miller also released a solo record last month, and will open the show with a solo acoustic set. A punk rock magician will also be on hand. — CG

Potted Potter at Texas Theatre
Having nothing to do with pottery making, this is actually a parody-comedy by two guys who condense all bloody seven Harry Potter books into 70 minutes of bloody laughter. It ends its month-long run at the theater this weekend. — Claire Lin

Plan B Presents: xxmas at Dada
Leave it to this Christmas-themed burlesque revue to give The Nutcracker a whole new meaning. Yeah, we went there. Sigh. — CG

Lyfe Jennings at House of Blues
Early ‘00s star Lyfe Jennings, responsible for such hits as “Must Be Nice”, “S.E.X.”, and “Hypothetically”, headlines this offering. — Kelly Benjamin

The Black Angels, Holy Wave, Pearl Earl at Trees
With Death Song, The Black Angels showed that it’s sound could be refined to tell a greater story. The songs on this latest album tell stories of intense — almost tragic — love and fear and its consequences. Check out what’s sure to be an emotional performance live as the Austin band drives up 35 for a night of jams. Holy Wave and Pearl Earl open. — OM

Dent May at Transit Bicycle Co.
With or without his magnificent ukulele, the pop crooner is a modern day DIY Brian Wilson. Remarkable you can still find him playing bike stores on tour. Hall Johnson and Get a Life open. — CG

Lettuce at Granada Theater
Let it never be said that the world is not blessed with great funk experiences and Lettuce is proof of that. — OM

Jason Eady at Dan’s Silverleaf
The Texas transplant’s latest LP is the first album he recorded live with his current backing band. They used only acoustic instruments, and his wife Courtney Patton joins the crew on backing vocals. So it should translate nicely to this stage. — CG

Lights All Night at Dallas Market Hall
The fun continues a second straight night. Peep the full lineup at the link above. — CG

SOLSTICE: A New Holiday Adventure at Theatre Three
This play about Christmas at the NorthPark Center ends its month-long run this weekend. — CG

TOTX’s Brand New Money House Party Player’s Ball 2018 at IQ Haus
This is the local rappers’ unpretentious answer to those high-dollar, VIP parties everybody seems to way overspend on for New Year’s. It’s a day early and, intentionally, a dollar short. Roll up to 1107 Dragon. — CG

Northern National at Granada Theater
The Dallas pop band isn’t breaking up or anything, but they are calling their biggest hometown headlining show to date their last one in town for a while. Nite, The Wild Frontiers and Remy Reilly open. — CG

Toadies at Billy Bob’s
Such an institution are the ‘90s rockers and their annual New Year’s Eve Eve show at Billy Bob’s that the City of Fort Worth officially commemorates Toadies Day every December 30. — CG

Steve Miller at WinStar World Casino and Resort
You don’t need a jet air liner to catch the Gangster of Love’s next show, it’s just a short drive up US-75. — CG

New Year’s Eve Eve at The Church
There’ll be a ball drop and champagne toast at this venue two nights in a row. And dancing. Always dancing. — CG

Tony Rock at Addison Improv
When your sibling is one of the best at what they do, it can be easy to stick to another line of work. But, in the case of folks like Brent Gretzky, Eddie Payton, Frank Stallone, Don Swayze, Charlie Murphy and Solange Knowles, it’s sometimes the markedly more difficult task of trying to make a name for yourself outside of your sibling’s shadow that proves much more worthwhile. Chris Rock’s younger brother Tony does his thing tonight in Addison, and tries to prove that he’s more than just a sibling of note. — CG