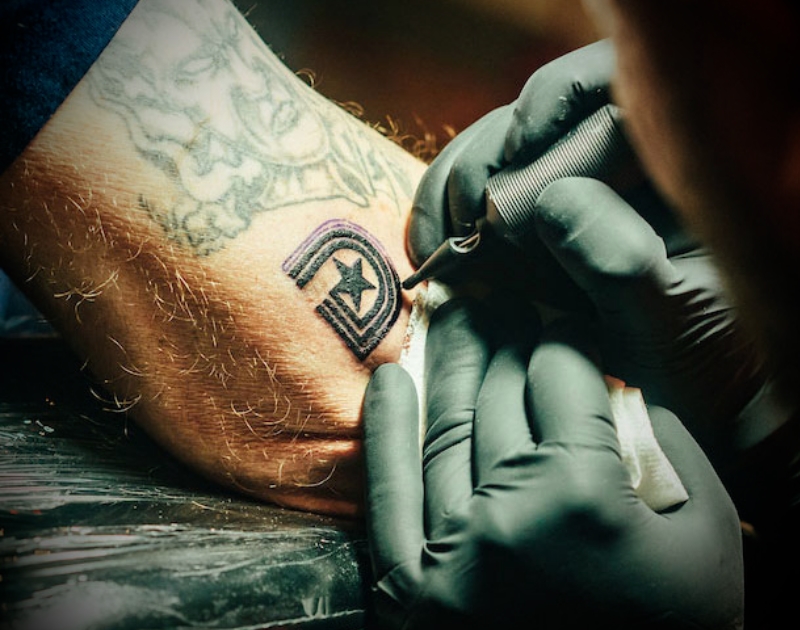 Welcome Ben Kweller Back From The Dead, Enjoy Some Sweets With Your Sweetie, Make Galentine’s Day a National Holiday, Eschew Valentine’s to Celebrate 214 Day and More.

According to a new non-fiction book, the earth’s population will begin to decline, some 30 years from now, and never stop. Eventually we’ll use up all the resources, and whatnot, and all die off, they predict. Sooner than later.

It’s inevitable, they say. We’re all going to die, and there’s no reversing it.

The only thing left to do, we say, is enjoying what little time we’ve got left. Here are your best bets to do that over the next few days. — Cory Graves

Ben Kweller at Dada
Coming off a near death experience and subsequent five-year hiatus, the Greenville-raised rocker is on the verge of releasing his first new album in seven years. Here, he warms up for a bigger national tour in support of that project, kicking off a run of club dates with a new backing band, at the first Dallas venue he ever played, back when he and the Radish boys were still underage. — CG

Cursive at Trees
In October, the indie-rock mainstays led by Tim Kasher released their first new LP in six years. Expect some of that album’s chamber-folk flair to color this show. Summer Cannibals and Campdogzz open. — CG

Danileigh at Cambridge Room
Before his untimely passing, Prince once co-signed this promising R&B singer, who seems to sing about summertime exclusively. Just as talented a dancer, she also directed and starred in one of the Purple One’s music videos when she was just 18 years old. — CG

Fort Worth Galentine’s Day Sex Ed Trivia at Shipping & Receiving
Galentines Day is about celebrating lady friends. It’s wonderful and it should be a national holiday. — Leslie Knope

Deconstructing the Beatles: Birth of The Beatles at Alamo Drafthouse (Multiple Locations)
An academic lecture that’s more about the studio work and uncovering why the band’s material still resonates so many decades later than it is on tackling the personalities of its individual members. — CG

Oscar Nominated Short Films at The Magnolia
A day after the winner is crowned – and for a few days after, for that matter – you can catch every Oscar-nominated short film in one sitting. — CG

To Have and Have Not at The Magnolia
Lauren Bacall’s big screen debut opposite leading man Humphrey Bogart was in this 1944 rom-com, war movie, adventure film hybrid. It was also the first entry in the six-film Bogart and Bacall collection. — CG

Falsettos at Winspear Opera House
The 1992 Broadway musical about a gay man, his ex-wife, his shrink, his kid, his lover and his lesbian neighbors was nominated for seven Tonys back in the day. In 2016, it was revived, earning another five noms. Eden Espinosa and Max VonEssen play the main roles in this new nationally touring cast, which runs in Dallas through the 17th. — CG

AJ Mitchell at Dada
The teen Instagram star turned R&B/pop singer will star in your ‘grams and snaps when he performs live on the Dada stage. Marteen opens. — CG

Couples and Cocktails Class at Oak
For $130 per couple, you, too, can learn to recreate the Design District hot spot’s signature drink. Six drinks and tapas included with your instruction. Space is extremely limited, and reservations are required. — CG

Vellum Ouroboros: A Poetry Open Mic Salon at Deep Vellum Books
Not everybody wants to listen to the amateur poems you scribble in the margins of your moleskin. Ah, but these folks do. It’s this month’s edition of the second Tuesday poetry open mic. — CG

Jonathan Richman Featuring Tommy Larkins on the Drums at Three Links
Jonathan Richman is perhaps best known for his founding of the legendary protopunk/garage rock band The Modern Lovers. Their song “Roadrunner” was covered by The Sex Pistols and Joan Jett, and the song “Pablo Picasso” was covered by David Bowie himself. Richman’s accomplishments go beyond just music, as he also narrated and scored the soundtrack for the 1998 film There’s Something About Mary. The cult musician returns to Three Links with drummer Tommy Larkins on February 13th in an event titled “JONATHAN RICHMAN featuring TOMMY LARKINS on the drums!” (His management requires that every show be billed that way, with capitalization and everything.) — Garrett Gravley

Insane Clown Posse’s Shaggy 2 Dope at 2513 Deep Ellum
Of the two ICP members, this is the one that once pondered how magnets work in rap form. — CG

Falsettos: Pride Night at Winspear Opera House
Like the staging above, only this one includes admission to PRIDE dance party with the show’s cast and crew after. — CG

Movies That Should be Musicals: Clueless at Wheelhouse
For this edition of drag performer Brigham Mosley’s series, they take the classic ’90s remake of Emma and add in exponentially more cake boys, turning the whole ordeal into a hilarious cabaret-style musical throwdown. — CG

Matt Nathanson at Kessler Theater (Sold Out)
The California folkie will sing his sad heart out to a sold-out Oak Cliff crowd. — CG

Galentine’s Day Period Party at Single Wide
The goal of the Menstrual Equality Period Party is to collect unused pads, etc. so that an area pantry is fully stocked for those in need. So bring a pack or more of pads to help the local Take Charge. Period. organization reach its goal. — Obed Manuel

Golden Girls Party at Industry Alley
Travel down the road and back again to these themed cocktails, a costume contest, photo ops and cheesecake. Thank you for being a friend. — CG

Vegan Valentine’s Day Dinner at BrainDead Brewing
This five-course beer dinner will go a long way towards sweeping that special non-meater off their feet this year. — CG

Valentine’s Day Cupcake & Beer Pairing Flight at L.U.C.K.
Share some sweets with your sweetie this V-Day, paired with some locally-brewed beers. Seats are extremely limited, however, and like most establishments today, reservations are more or less required. — CG

Ricki Derek Valentine’s Day Double Feature at Granada Theater
If tradition is your thing, take your lover over to Ricki Derek’s performance of Rat Pack-era songs, which will be followed by a screening of It Happened One Night. It doesn’t get much classier than that, folks. Plus, Ricki’s been doing his V-Day thing for longer than you’ve been together. — Allie Williamson

Satin Sheets Valentine’s Day Party at Jefferson Tower
DJ Sober’s long-running night of baby-making jams returns once again this year. Play your cards right and, single or no, you could be doing just that after you bounce from the club later in the night. — Pete Freedman

El Chuy 214Day at Spinster Records
For the third year in a row, Spinster is escheweing Valentine’s Day in favor of 214 Day, and offering up $25 Dallas-themed flash tattoos. — PF

For the Lover in U With Brndn Blue at Dada
Brndn Blue (FKA Blue, The Misfit) returns back home from Brooklyn for three nights of DJing. Before performing Imperial Nights at The Nines on Saturday, February 16, and hosting his Just Travis Scott party at his old RBC stomping grounds on Sunday, February 17, the rapper, producer and DJ will serenade crowds at Dada with some R&B music for an event dubbed “For The Luver In U.” — GG

The Kooks, Barns Courtney, Future Feats at House of Blues
Apparently, the British rockers aren’t that popular here, in spite of their hundreds of millions of streams online and massive fanbases elsewhere. What do they know that we don’t? — CG

Tay Money at Status Nightclub
A bih like Tay Money ain’t hard to find, she’s always on the scene. And you can party with the best rapper in town without “doll” in her name at this Valentine’s throwdown. It’s free before 11 p.m. if you’re a fellow lady, so long as you RSVP above. — CG

Dallas Burlesque Festival at House of Blues
Just as they’ve done for 11 years now, producers of the annual DBF will bring together performers of all stripes for multiple shows, after-parties, workshops and more over the course of three days this weekend. Different though they may be, every performer at these shows will have two things in common — a fierce commitment to their own version(s) of sexy and false eyelashes. — Allan Hayslip