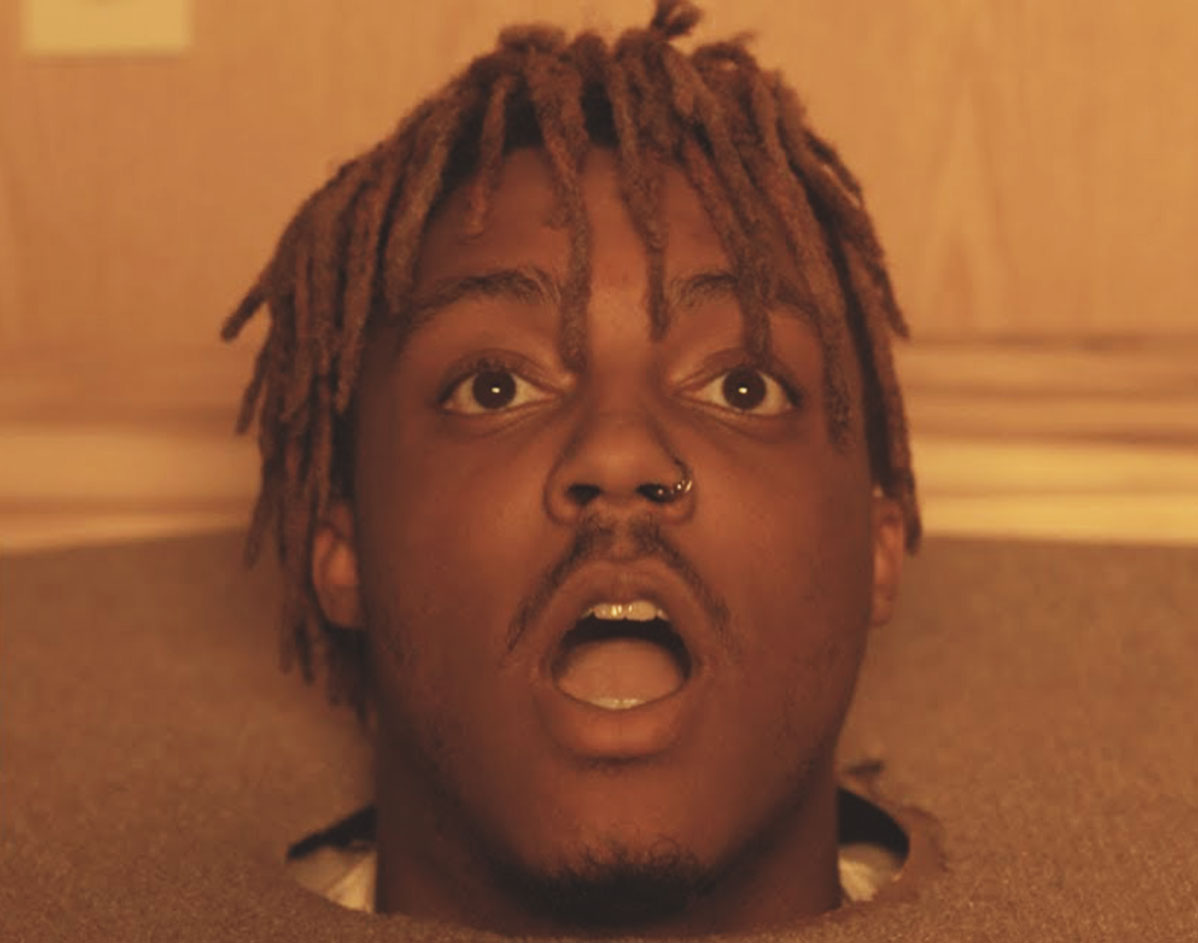 Get In Your Feelings During Juice WRLD’s Bomb Factory Double-Dip, Watch Dirk Ball Out With His Famous Friends, Get Tatted At The Sinners Expo & More!

Remember when Apple tossed a wrench into the music industry with iTunes, changing the way we buy and listen to music? Well, this week they decided to kill iTunes.

Still, Apple wouldn’t be Apple if it didn’t give us three more apps in the wake of iTunes’ death. So, don’t fret: The answer to the “Wait, what am I supposed to do with all of my iTunes files?!” question that just ran through your mind can be found in the form of Apple Music, Podcasts or Apple TV.

The good news is that Apple can’t put its music-murderous hands on the original streaming service: Concerts! Call us old school but there are plenty of those in Dallas that we think you should check out this weekend. — Alec Spicer

Bowling For Soup turns 25 at Lava Cantina (Day 2)
For day two’s festivities, we can expect to see good friends of Bowling For Soup like The Nixons and Offended by Everything. It’s a Friday night so obviously, there will be a cool after party. — MS

Dirk Nowitzski’s Heroes Celebrity Baseball Game At Dr. Pepper Ballpark (Frisco)
Dirk might be retired from the basketball but he’s still slugging for charity. Watching celebrities attempt to play baseball has to be more entertaining than a regular baseball game, right? — AS

Aly & AJ at Canton Hall
Why should the Jonas Brothers get to have all the fun? You’re not in a nostalgia-induced fever dream — Aly & AJ are back. But gone are the days of their Radio Disney pop catalog. Their latest EP, last month’s Sanctuary is full of synth-pop bangers. — AS

Trapfest at The Bomb Factory
This lineup of trap music heavyweights boasts headlining duo Yellow Claw, all the way from Amsterdam. If you’re really trying to get trapped, there’s an afterparty at Lizard Lounge, too. — AS


Pearl Earl at Harvest House (Denton)
Pearl Earl is retuning home to planet Denton after leaving the nest for the past month on a cross-country tour. The band just released a new single called “Something’s Gotta Change,” so you can look forward to a new setlist, too. The ladies will also be supported by fellow Dentonians Antigua and Houston post-punk outfit Swimwear Department.  — AS

No Vacation at Three Links
Topshelf Records alumni No Vacation have played Dallas twice – first at Deep Ellum Art Co. with Hot Flash Heat Wave, and most recently at Trees with SALES. The San Francisco indie pop band’s third Dallas appearance will be its first as headliners, and it will probably be the last time the band they plays a venue this small. — GG

Sinners Tattoo Expo at Gas Monkey Live
Nearly 150 tattoo artists are gathering at Gas Monkey Live for a weekend full of sin. From on-site tattoos to literal “ink masters,” live music and even a beauty pageant, Sinners is going heavy-handed for its inaugural expo. — AS

Beer vs. Wine Smackdown at Scardello Cheese
If you’ve ever found yourself hard-pressed for an answer to the question of “what pairs with cheese better?” here’s your chance to settle the score. You also get to vote at the end. With cheese specifically? Hashtag team wine. — AS

Betty Who at Canton Hall
You might know her music from that viral video of someone literally being proposed to in a Home Depot while her song plays, or from the opening song of Netflix’s Queer Eye. She’s making her way to Dallas from the land down under, so this might be the only chance you get to catch her for a while. — AS

Robin Thicke at Strauss Square
If you didn’t know (I didn’t), Robin Thicke recently put out a single called “That’s What Love Can Do.” Can it undo “Blurred Lines” by chance? Asking for a friend. — AS

The Polyphonic Spree at Levitt Pavilion (Arlington)
Everyone’s favorite Dallas collective is putting on a free (!!) show at the Levitt Pavilion in Arlington. Even if you’ve seen the hometown heroes for what feels like a hundred times, any Friday spent in a field listening to these psych-pop legends is a hard yes. — AS

Jimmy Buffett at Dos Equis Pavilion
You might have heard of him. He’s the cool, smooth gentleman that sings one of the most recognizable country songs, Margaritaville. — MS

J.S. Ondara at Sons of Herman Hall
Kenyan folk singer J.S. Ondara was one of many hyped indie darlings at this year’s SXSW, and his footprint expended early last year following a tour with Anderson East. Now he tours this summer with Newport Folk Festival serving as an anchor date. Before the Minneapolis-based singer-songwriter plays the legendary festival most infamous among Bob Dylan fans, he will pay us a visit at the oldest free-standing wood structure in Dallas. — GG

Juice WRLD at The Bomb Factory
The “emo rap” rising-star-who-has-already-risen makes his DFW debut with a two-night stand at The Bomb Factory. This is the first of those offerings. Ski Mask the Slump God, whose song “Nuketown” features Juice WRLD, opens. — GG

Bowling for Soup turns 25 at Lava Cantina (Day 3)
Knee deep in on the fun, BFS will take the stage at Lava Cantina for a night filled with some of everyone’s favorite hits. Plus, local rock prodigies Not Ur GirlFrenz will be opening for the band. — MS

Emo Nite at Lizard Lounge
It’s hard to be emo when you’re excited about a new venue for Emo Nite. Also, My Chemical Romance’s breakout album Three Cheers for Sweet Revenge turns 15 the same day. It’s meant to be. — AS

4 Years of Beers at Three Nations Brewing
Live music that isn’t “Baby Shark”, beer and food? This is probably one of the few times I would be down to go to a four-year-old’s birthday party. — AS

Grunge Fest at The House of Blues
With tribute bands like Alyson Chains and Nirvana, there’s almost guaranteed to be lots of pretty songs that you’ll want to sing along to. — AS

We Denton Drag It at Backyard On Bell (Denton)
Pride Month is just getting started and We Denton Drag It has something sweet this year: Rupaul’s Drag Race season 9 runner-up Peppermint. Her performance skills have earned her the reputation of a lip sync assassin from her time on Drag Race, if you needed any convincing to go see the show. — AS

Freedman’s Town to Botham Jean at Moody Performance Hall
Several Dallas folks will be sharing their own personal stories about their experiences with racial tension in Dallas with the hopes that what we’ve learned can lead the city on the path to healing. — AS

CosplayGames at Kay Bailey Hutchinson Convention Center
Cosplay is taking over Dallas on Saturday and Sunday. Not only are they giving out awards for the best cosplay but they’re having a rock, paper, scissors tournament. Is there a science to winning that? Let me know. — AS

The Beatnuts at The Nines
New York natives The Beatnuts will be anchoring an already solid lineup Saturday night. Expect a guest appearance from local Dallas rapper FRxSH and Texas’ Geto Boys alum Bushwick Bill, who is currently battling stage 4 pancreatic cancer. What a badass. — AS

Juice WRLD at The Bomb Factory
For the second night in a row, the rising star’s takes to the Bomb Factory stage with Ski Mask the Slump God and others in tow. — GG

Metalachi at Trees
Metalachi is billed as being the first and only metal mariachi band. (OK, iconic already.) Originally from Mexico, this Hollywood-adopted collective re-imagines classics like “Thunderstruck” and “Welcome to the Jungle” with a south-of-the-border sound. — AS

B.B. King Blues Band at Levitt Pavilion
In continuing to honor the king of blues, The B.B. King Blues Band has added a familiar face to their roster: Fort Worth-based singer/songwriter Michael Lee. Lee was also the only North Texan to reach the live episodes on The Voice last fall, and once you hear his buzzy blues tone, you’ll understand why. — AS

Tony Awards watch party at Alamo Drafthouse (Lake Highlands)
Alamo Drafthouse is hosting broadway’s biggest night with ticket giveaways, trivia and drink specials. I’m no theater expert but Beetlejuice is nominated for a ton of awards. Give them all to Beetlejuice. — AS

Ashmore at Gas Monkey Bar N’ Grill
This Fort Worth-based rock outfit is bringing its mix of British and southern rock influences east for the day and for a free show, that’s hard to pass up. — AS

SadFaceThuggin at Prophet Bar
Fresh off the release of the music video for his Zane Lowe-approved single “Detonator”, the up-and-coming Dallas rapper — a Best New Act nominee in the Central Track Music Honors we threw earlier this year — closes out the weekend with a rare live performance. Of course, that might change soon, as this show is being billed as the emcee’s “all-new World of SadFace experience.” What does that mean, exactly? I suppose we’ll find out here. — Pete Freedman