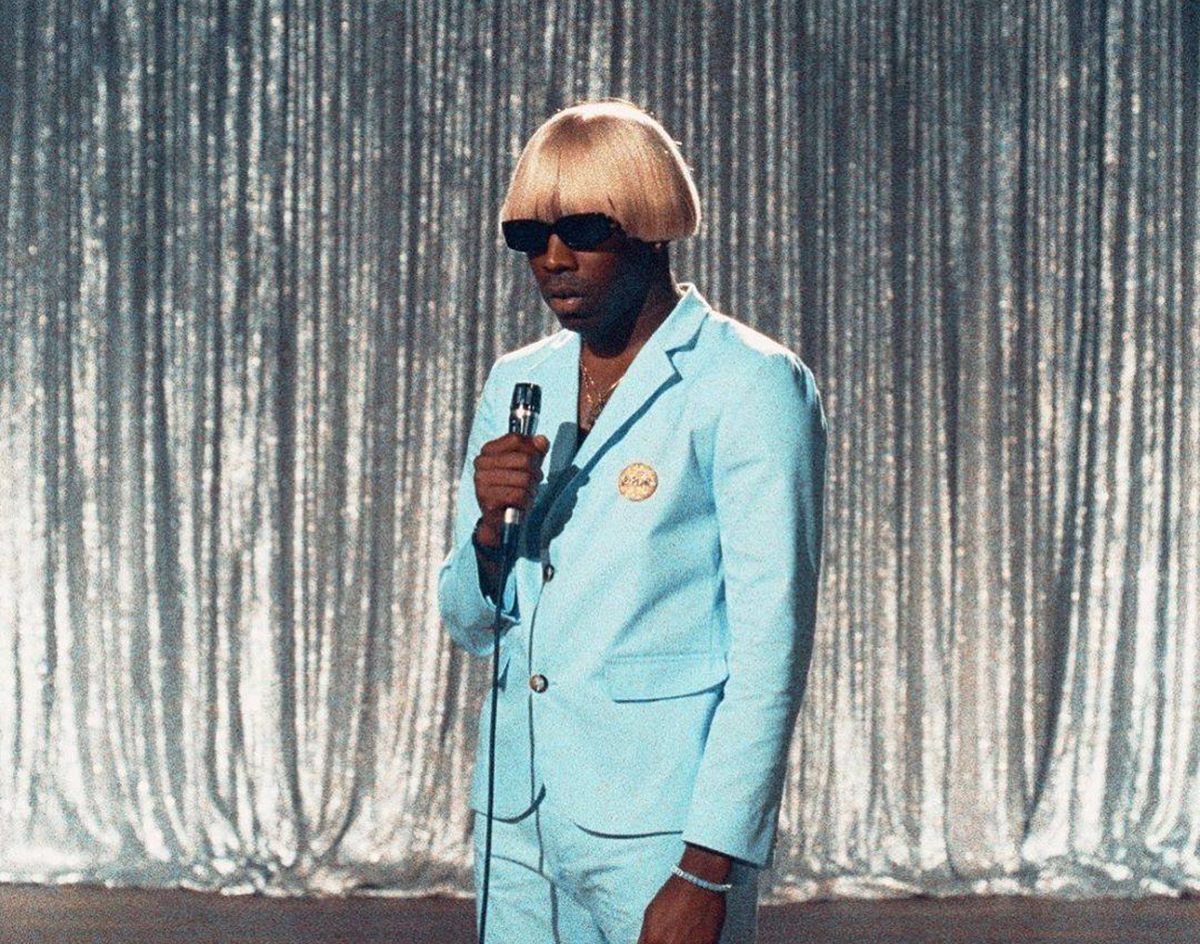 See Where The Flowers Bloom With Tyler, The Creator, Pack Your Bags For Clairo And Sing Your Ode To Joy With Wilco. Plus More!

The Dirk Dynasty has officially come to a close.

On Wednesday, the Dallas Mavericks will play their first regular-season game since Dirk Nowitzki announced his retirement this past April.

To put into perspective just how long Dirk was a Mavericks staple, when he first joined the team in 1998, the Mavs’ current European phenomenon, Luka Doncic, hadn’t even been born yet.

Even without the German giant, it looks as if the Mavericks are in good shape heading into this next chapter of the franchise. 102 to 87 over the Clippers? Don’t mind if we do!

Still, we’ll always have a nostalgic twinge in our hearts for this bygone golden era of Dallas basketball.

Let’s not live in the past, though, and instead focus on the future — specifically, all of the cool events going down in Dallas this week. — Daniel Valdez

Hobo Johnson and the Lovemakers at House of Blues
Hobo Johnson named himself that because he was actually homeless at one point. — Garrett Gravley

Temples at Granada Theater
Most 15 year olds just get a cake, some gift cards, and maybe a small party for their 15th birthday (unless it’s a quinceañera, of course). For the Granada Theater’s 15th birthday, it invited the psych-rock group Temples to perform. — DV

Cannibal Corpse at Gas Monkey Live!
One of death metal’s most successful (and controversial) bands returns to Dallas just five months after opening for Slayer in Irving. Nothing wrong with going back for Satanic seconds. — DV

A Day to Remember at Toyota Music Factory
You either die as post-hardcore heroes or live to collaborate with Marshmello. — DV

Ashe at House of Blues
The L.A. singer-songwriter has named her tour “Your Mom’s First Headline Tour,” which raises many questions. Are our moms performing? All of our moms? How can they possibly pack so many moms onto the stage? Will they perform in shifts? The suspense is killing us. — DV

Skizzy Mars at Canton Hall
Logic gave this Harlem rapper a shoutout on the track, “5AM.” Take what you want from that. — GG

Ra Ra Riot at Trees
Although this Syracuse, New York, band started as baroque, anthemic indie in the vein of Arcade Fire, they’ve recently jumped on the current synth-pop zeitgeist. It doesn’t look like the genre shift has hurt their fanbase though, considering they can still play venues the size of Trees. — DV

PLT at House of Blues
K-Pop record label Planetarium Records is holding a showcase of some of their artists, and we’re just hoping their stans will be less annoying than BTS’. — DV

The Maine at House of Blues
Considering that these emo Arizonans dropped a record called Forever Halloween it makes a lot of sense they’d be touring so close to the holiday. — DV

Atreyu at Gas Monkey Bar N’ Grill
California metalcore mainstays are co-headlining this bill with Knoxville’s Whitechapel. Trapper Keepers to scribble the bands’ logos in are not included with the ticket, heads up. — DV

NoSleep Podcast Live Taping at Sons of Hermann Hall
Be warned, this horror fiction podcast delivers what it promises. After hearing chilling tales like “500 Yards” and “The House in the Field,” you might be sleeping with one eye open for a bit. — DV

Tyler, The Creator at Verizon Theater
Tyler, the Creator’s new album IGOR is finally here. And in case you’ve missed all of the buzz it’s already getting, you can expect it to be on many critics’ “Best of 2019” lists. Since 2015’s Cherry Bomb, Mr. Okonma has been displaying impressive production chops, stylistic versatility and an increasingly mature persona. Joining Tyler on this run will be an impressive lineup of openers in Blood Orange and Goldlink. — GG

White Reaper at Deep Ellum Art Co.
The Kentucky garage rock band White Reaper made the Billboard Heatseekers chart with its 2017 LP, The World’s Best American Band. Their next album will be released on Elektra Records, a fact the band celebrated by dropping a new track titled “Might Be Right.” — GG

Wilco at The Pavilion at Toyota Music Factory
Turns out, this tour isn’t to celebrate the 15-year anniversary of Wilco’s grammy award-winning album, A Ghost is Born. Wack. — GG

Joseph Arthur at Three Links
Joseph Arthur was discovered by Peter Gabriel and was nominated for a Grammy. It goes without saying, then, that he used to play far bigger venues. His sound fits a more intimate setting, anyway. — GG

(Sandy) Alex G at Club Dada
If his last album “House of Sugar” hasn’t made you a fan of Alex G’s indie folk-rock, maybe his cover of Shania Twain’s “You’re Still the One” will do the trick. — DV

Sasha Velour at The Bomb Factory
Rupaul’s Drag Race winner Sasha Velour is bringing a “one-queen-show” to the Bomb Factory, featuring lip-syncs to songs by Annie Lennox and Le Tigre, as well as magic tricks. No rabbits being pulled out of hats here, though maybe she’ll pull one out of a giant beehive wig. — DV

Gus Dapperton at Canton Hall
If bowl cuts start coming back in style, you can credit (or blame) indie bedroom popper Gus Dapperton for that. — GG

Randy Houser at Bomb Factory
Randy Houser co-wrote Trace Adkins’ “Honky Tonk Badonkadonk.” So if you want to breathe the same air as the literary artisan behind the lyrics, “We hate to see her go but love to watch her leave,” here’s your chance. Fortunately, Dallas country troubadour Paul Cauthen will be classing up the joint with tracks like “Everybody Walking This Land”, a stirring anthem against fascists and bigots. — GG

The Hu at Trees
The Hu is a band that hails from Mongolia’s capital city, Ulaanbaatar, and uses traditional Mongolian instrumentation to create heavy metal music. This unlikely achievement has earned the band tens of millions of views on YouTube over the years, and for the first time in its career, it will be touring North America and making its DFW debut at Trees. — GG

Clairo at Granada
She might have only dropped her debut album in August, but Pitchfork has already anointed her indie-pop jam “Bags” as one of the best songs of the decade. Needless to say, Clairo’s having a pretty sweet 2019. — DV

Big Wild at House of Blues
Glitzy, ’80s-indebted electro-pop that does in fact, sound big — wild, not so much. Maybe that only comes through in the live show. – DV

Actors at Three Links
Joy Division may have split up almost 40 years ago, but young bands like Vancouver’s Actors are still cribbing from their post-punk playbook. Dallas’ own Rosegarden Funeral Party opens. — DV

Randy Rainbow at Majestic Theatre
Randy Rainbow has racked up 40+ million Youtube views by turning pop and Broadway hits into politically-charged parodies, like his Trump-taunting take on “Sucker” by the Jonas Brothers. You could probably best describe him as the 2010s gay, leftie Weird Al. — DV

Sissy Spacek at Rubber Gloves
No, not the actress with 3/4 of an EGOT, the hugely prolific grind-core band from Los Angeles. They get that a lot. — DV

Hops & Heroes Halloween Party at Free Play Richardson
As promo for the new Voodoo Ranger beer Hop Avenger, the Free Play arcade will be giving out cans with admission, as well as holding a Halloween costume contest. This year, our costume is gonna be “nerds crowding the Ninja Turtles game all night.” — DV