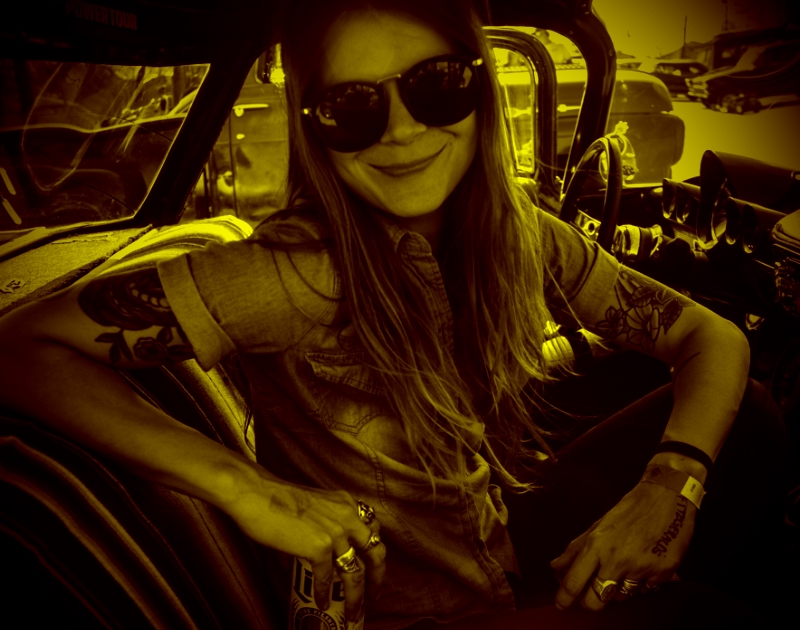 Facebook’s #10yearchallenge is just a rogue, user-created meme that went viral, right? It’s not possible that it was some sort of data mining scam to improve facial recognition software – or is it?!

Computers, you can’t trust ‘em. Unless they’re telling you what cool things there are to do around town this week. In that case, yeah, totally do whatever they say, it’s cool. — Cory Graves

The Exorcist at Alamo Drafthouse (Cedars)
The 1973 film was once the highest-grossing R-rated horror film of all time until the It remake dethroned it. Still, that doesn’t take away from the quality of this iconic film. — Juan Betancourt

Pedal School: “You Had One Knob!” Boost at Bishop Manor Rehearsal Studios Annex
Dallas sound man and photographer David Wilson will teach you how to make your own effects pedal, here. For this edition a simple, but effective signal boost. You will need some soldering knowledge to keep up, but there’s an additional soldering for dummies class you can purchase from the link above as well. That class takes place just before the pedal making one. — CG

Atmosphere at House of Blues
An interesting nugget on Atmosphere’s Wikipedia page makes a case for Minneapolis hip-hop group’s hard-working nature by citing a time early on in the outfit’s existence when it drove from Minneapolis to Dallas for a $250 payday. It’s that same work ethic that’s helped Atmosphere build Rhymesayers, the preeminent backpacker label they co-own. — CG

MLK Jr. Symposium at Moody Performance Hall
Keynote speaker, James Forman, Jr. is the son of another prominent ’60s Civil Rights leader. He’ll be discussing the topic of mass incarceration and “its disproportionate impact on people of color.” — CG

Free Week of Classes at The Ruby Room
Brush up on your jazz/tap and ballet and, if you’re liking the vibes, stick around and learn the art of burlesque later down the line. — CG

Noah T. Jackson at Twilite Lounge (Dallas)
It’s been a long, strange musical journey for Dallas’ Noah Jackson since the dissolution of the short-lived Denton “electro-synth giants” of Ghosthustler several years ago. Just as that band started receiving heaps of national attention — before ever releasing a full-length — it broke up. But musicians keep on making music. It’s what they do. And while Jackson’s former bandmate Alan Palomo has since stuck to a pretty similar sonic path with his subsequent VEGA and Neon Indian projects, Jackson’s ventured all over the place. After leaving behind the dance music world, he’s dabbled in things like gospel, shoegaze and psych-rock. — CG

The Day the Earth Stood Still at The Magnolia
One of the stand-outs from the Atomic Age, The Day the Earth Stood Still was named the fifth-best sci-fi film of all-time by the American Film Institute. Like a lot of films from the ‘50s, it might feel a little hokey to modern audiences, but its anti-war message still resonates today. Just don’t think about the 2008 remake with Keanu Reeves. — Kip Mooney

Winner at Toyota Music Factory
The Korean boy band is just a few stops into its first-ever U.S. tour. — CG

Hopped Up Cinema: Raising Arizona at Alamo Drafthouse (Richardson)
At this edition of the craft brew and movie pairing flight, the Cohen Bros.’ baby-stealing comedy classic gets paired with five brews from Dallas’ Noble Rey brewery. And all it’ll cost you is some Huggies and whatever cash you got. — CG

Pie Day at Norma’s Cafe
For National Pie Day – not to be confused with the National Pi Day that happens every March 14 – all five Norma’s locations are giving away free slices of their famous Mile High Pies™. Because, as they say, life is too short not to eat dessert first. — CG

Trainspotting at Alamo Drafthouse (Cedars)
One of the wildest movies to come out of Europe in the ’90s was this adaptation of Irvine Welsh’s novel about lovable degenerates in Glasgow, Scotland — plus it brought us some of independent film’s greatest voices. — KM

Cirque du Soleil: Amaluna at Lone Star Park
If William Shakespeare’s The Tempest were told via acrobats and a giant bowl of water it’d be this Cirque du Soleil production that’s been traveling the world the past seven years. It’s in town through March 3. — CG

Sarah Shook & the Disarmers at Fort Worth Live
The devil may care what you think of this brash kick to the ass of classic country, but Sarah Shook don’t give a fuck. Just ask her. — CG

Flaw at Trees
The nu metal band is 23 years in — meaning they’ve been at it long enough to see the rise and fall and early stages of resurgence for the ill-fated genre. INNRCOR and Break My Fall open. — CG

Chippendales at House of Blues
Vegas’ iconic male revue is back for its annual sexed up swim through town, which gives us an excuse to link to this video yet again. Timeless. — CG

PBR Sound Society: Hip-Hop Karaoke at Three Links
Regulators, mount up, because you’re the star at this cheap beer sponsored event. Get there early to sign up before all the good ones are taken! — CG

Progger, Shaun Martin at Deep Ellum Art Co.
“A progger is a person who loves progressive rock, a music style which is pretentious as fuck in which solos go on for like two weeks until it makes you want to get hit by a bus so you can stop listening to the guitarist’s solo which in reality is not a solo but his enormous ego speaking through the guitar.” — Bob Mierda

Winter Cocktail Class at The French Room
Sip on some champ while you learn elevated techniques to pulling off next level Chai Tea Pimms Cup and L’Apres cocktails. Light bites are also included with your $45 ticket. — CG

Justin Timberlake at American Airlines Center
The man of the woods crawls out from the brush to bring sexy back. — CG

Toro y Moi at Granada Theater (Sold Out)
Last week, the old chillwave forbearer released a new future funk record. He told The Fader the other day the album “is a response to how disposable culture has become and how it affects creativity. While listening, you might pay attention or ignore, either way that’s ok, this is music for a creative mind.” Enough folks are paying attention to have sold this one out weeks ago. — CG

Ring of Honor: G1 Supercard at Gilley’s
I’m still not sure how to stream this popular indie promotion via its HonorClub (app?) Best bet for troglodytes like me is to catch the wrastlin’ action in person, then. — CG

Ruston Kelly at Cambridge Room
Don’t let the disparity in the size of the rooms they play fool you, Kacey Musgraves’ husband has a similar crossover appeal to his twangy but dark country-pop hybrid. — CG

10 Years at Trees
The alt-metal band’s Division LP came out 10 years ago. The Dead Deads, Shallow Side and Last Day Living are helping them celebrate. — CG

Joe Biden at The Theatre at Grand Prairie
During his tenure in the White House, Joe Biden oversaw infrastructure spending that was aimed at mitigating the impact of the Great Recession. He also had a role in the withdrawal of military forces from Iraq under the Obama Administration. The former Vice President will be in Grand Prairie next month, probably speaking or something of that sort. — Garrett Gravley

2 Live Crew at Lava Cantina
I shit you not. — CG

Farm to Table Pop Up Dinner with Chef Justin Box at VNYL
Punk rock chef Justin Box kicks off a new series of pop-up dinners at the Shops at Legacy. It comes with four courses, which are paired with four Deep Eddy cocktails. — CG