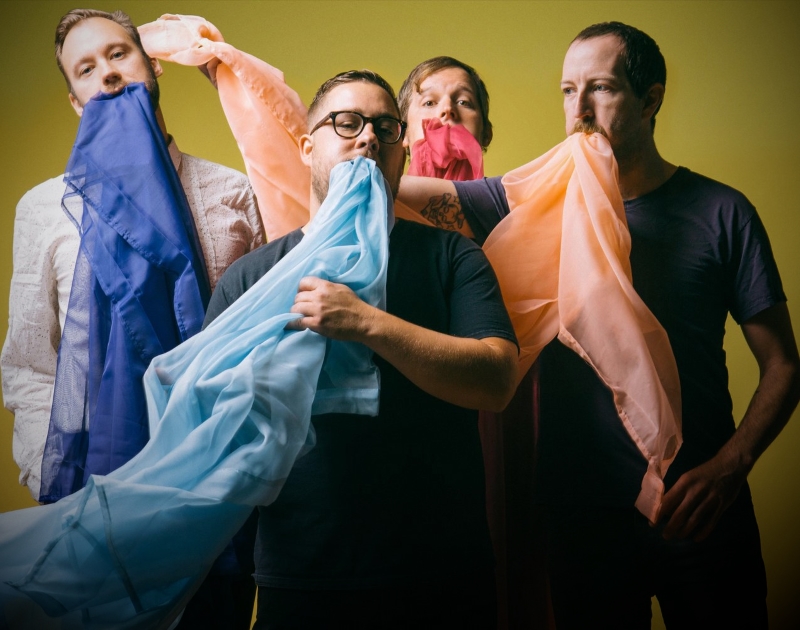 Give a Toast to National Drink Wine Day, Piss Your Jeans, Cause Mayhem at a Lords of Chaos Screening, Rock and Roll All Night With Kiss, Pay Tribute to Erykah Badu and More.

If you’re on the fence about whether or not to go out and party this weekend, we implore you not to read the results of this new study, which states that the healthiest thing you can do for your body is to get adequate amounts of sleep.

While you’re at it, you should also skip this one citing tons of research as to why companies like Lyft and Uber are terrible for society.

Heck, maybe you should just cut out reading altogether – save for, of course, the list below, listing out all the ways to kill the next three days. — Cory Graves

National Drink Wine Day at Perle on Maple
Say what you will about all those made up national holidays, but this is one of two this week that gives us a built-in excuse to drink on a weekday. Before Friday’s National Margarita Day, we celebrate being grown-up drunk on National Drink Wine Day. Perle’s serving up half-price bottles of Louis Jadot Steel Chardonay between 2 p.m and midnight to toast the occasion. — CG

The Warriors at Alamo Drafthouse (Cedars)
Come out to play-ay! — CG

David Bisbal at House of Blues
The Spanish singer and TV star is out on his first American tour in seven years. — CG

Thomas Erak & the Shoreline at The Prophet Bar
The ex-The Fall of Troy main man released his first-ever solo record in November, making this his first solo swim through town as well. Demon in Me and Doggo open. — CG

Your Pest Band at Dan’s Silverleaf
All the way from Tokyo comes this group sound outfit and its patented brand of power garage rock. Helping to welcome them to the States are local noisemakers Whep, Upsetting and Fresh Out. — CG

Meow Wolf: Origin Story at Alamo Drafthouse (Cedars)
Before Instagram traps like Sweet Tooth Hotel and Rainbow Vomit brought the immersive art thing to Dallas, Santa Fe DIY collective Meow Wolf had long mastered the art. This is the documentary behind the group pegged to the making of its inimitable “House of Eternal Return” installation. — CG

An Affair to Remember at The Magnolia
Now something of a romcom trope, the whole meet-me-atop-the-Empire-State-Building-in-six-months-if-you-still-feel-this-way thing was fresher when Cary Grant and Deborah Kerr did it in this all-time classic of the genre from 1957. — CG

Lords of Chaos at Texas Theatre
Started up in the ’80s, Mayhem is the most infamous of all the Norwegian black metal bands of them all. They’re the ones responsible for those true stories about a musician that ate one of his band members. Macaulay Culkin’s little brother Rory and musician Sky Ferreira star in this film about the band, peeling back the curtain on its trust-fund-baby members. This if the first of four scheduled screening of the new docu-drama. — CG

The Aces at House of Blues
These two sisters and their two bffs from Utah have been compared to fellow sister indie-pop acts like Haim. They are said to be ones to watch. — CG

KISS at American Airlines Center
One of rock music’s most influential bands, fronted by one of rock music’s most insufferable personalities, returns to Dallas, this time at a larger venue – in September 2017, KISS played one of the first performances at the Pavilion at Toyota Music Factory in Irving. KISS will bring their signature stage persona, pyrotechnics, face paint, and memorabilia to Dallas one last time as part of what the band claims is their farewell tour (and we all know they’ve never cried wolf over that. Ever.) — Garrett Gravley

Trippie Redd at House of Blues
Atlanta-based SoundCloud rapper Trippie Red reached the Billboard 200 Album Chart last year with the release of his debut album Life’s A Trip. That same year, he toured with Travis Scott, beefed with Tekashi 6ix9ine and was featured on “Ghost Busters,” one of XXXTentacion’s posthumous releases that also features Quavo and Ski Mask the Slump God. — GG

RC & The Gritz Presents: The Erykah Badu Tribute at Sandaga 813
At this special edition of The Gritz’ long-running Wednesday Night Jam residency, the backing band for Erykah Badu will be covering her material with special guests. Hell, she may even be one of them. — CG

Colt Ford at Gas Monkey Live
Colt Ford is the genius that decided to combine bro country and rap. Hmm, country plus rap, seems like there should be some sort of abbreviation for that. Rountry? Nah, that doesn’t sound quite right. Oh well, we’ll think of it. — CG

COMMU.N.I.T.Y No. 2: LUV at The Wild Detectives
Intersectional feminist, poet, Melania-Luisa Marte returns with the second installment of her new culture-based talk show. Her guest this week is local musician M3CCA. — CG

Maestro Maya, Garbage Wives, Heavy Pulp at Dan’s Silverleaf
The SLC punks in Heavy Pulp — OK, so they’re really more of an indie or garage rock thing, whatever — have never played in Denton before. They open up for some Texas bands for their first time through. — CG

Pissed Jeans at Dada
— Pissed Jeans rarely ever venture out to the south, much less to Dallas. In fact, no evidence of a previous Dallas show for the band even exists online, so we may be seeing their debut in this fair city. — GG

Moon Hooch at Gas Monkey Bar N’ Grill
Moon Hooch is a pretty simple setup, just two saxophones and a drummer. Still the self-proclaimed “cave music” the trio manages to churn out is pretty incredible. Or to quote NPR’s Bob Boilen, “People ask me all the time to name my favorite Tiny Desk Concert. It’s my desk and I’ve seen almost all of the nearly 400 concerts up close. So you’d think this would be easy. Moon Hooch have made it a lot easier.” Watch that performance here for free. Then pay to see it live at the ol’ Gas Monkey. — CG

Lloyd Kaufman & Troma Entertainment at UNT Media Arts
Head to UNT’s RTVF building for a free, two-hour workshop with Lloyd about making b-movies. A behind-the-scenes documentary on the making of his Poultrygeist: Night of the Chicken Dead screens afterwards. — CG

True Crime No. 4 — Piper Weiss: You All Grow Up and Leave Me at The Wild Detectives
Per a recent meme, the only two genre options Netflix is going to have in the future are Murders and Cakes. If you’re the type that prefers the former, you’ll want to listen to authoer Piper Weiss speak about her memoir, where she recounts the close relationship she had with a tennis coach that wound up being a torture cabin-owning pedo. — CG

Panic Volcanic at Main At South Side
The Fort Worth rockers aren’t calling this one their last show ever, but as its drummer’s getting set to leave town, they’re dubbing it the last one for now. Dead Vinyl, Sub-Sahara, All Clean, Doomfall and some knucklehead that wants to punch Cole will all be there, too. — CG