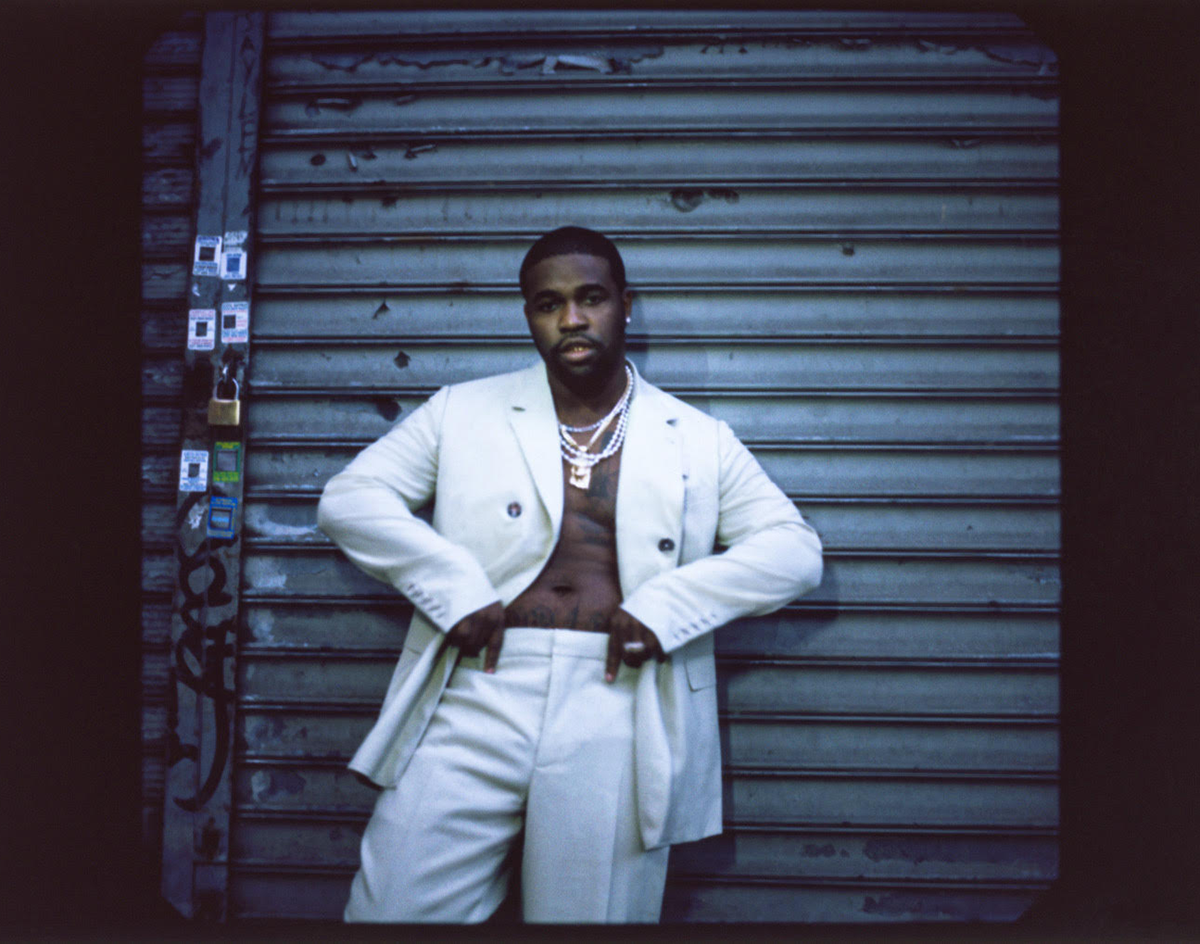 Take It To A New Level With A$AP Ferg, Be A Kid Again For PJ Morton And Ditch Your Fairweather Friends To Catch The Get Up Kids. Plus More!

Loosen up your buttons because The Pussycat Dolls are back.

The girl group that took over pop radio seemingly overnight in the early-mid 2000s announced its return with a performance on The X Factor: Celebrity, of which front woman Nicole Scherzinger is a judge. (Fun fact: 311’s “Amber” was written about Sherzinger.) The show marked the first time PCD has shared a stage in nearly a decade after a somewhat public spat among the women.

The newly-reunited group told the Associated Press the comeback feels like “unfinished business” with Scherzinger mentioning asserting “we’re stronger than ever.”

Don’t cha wish they’d announce a U.S. tour? In the meantime, there are plenty of shows to catch here in North Texas until we enter another era of doll domination. — Alec Spicer

Hip-Hop Nutcracker with Guest MC Kurtis Blow at The Theatre at Grand Prairie
A reimagining of the original Nutcracker ballet that moves the story from 1800s Germany to 2010s New York, with hip-hop influenced choreography and digital graffiti. Get some trap in your Tchaikovsky. — DV

PJ Morton at House of Blues
His newest soul LP, Paul, just received three Grammy nominations, which is very impressive for a self-released project. Also, one of the guest vocalists on that album is UNT alum Tobe Nwigwe. — DV

The Mowgli’s, New Politics & Plain White T’s at Gas Monkey Barn N’ Grill
Hey there, Delilah, what’s it like in New York City, too bad you’re not in Dallas so you can’t see the Plain White T’s perform this song on a co-headlining bill with other anodyne alt-rockers. — DV

Ensiferum at Gas Monkey Live!
Viking metal has a surprisingly large following in the U.S., given that we never had, y’know, actual vikings. — DV

KISS FM Jingle Ball at Dickies Arena
iHeartMedia’s annual touring showcase essentially acts as a brag of “Hey, look how many major artists we can get now that we’ve so thoroughly consolidated the airwaves with them!” Beyond that gross subtext it’s a pretty stacked lineup. This year’s performers include Lizzo, Camila Cabello and Sam Smith. — DV

Heyrocco at Club Dada
Get into the holiday spirit with this noise-pop group’s lo-fi cover of one of the worst Christmas songs of all time: “Last Christmas” by Wham. — DV

Street Sects at Rubber Gloves
Austin industrial outfit Street Sects went from being a lowly DIY band playing donation-based house shows to being one of the genre’s most hyped exports in recent memory. Its merch game is also out of this world, so be sure to cop a shirt if you decide to swing by. — Garrett Gravley

Ours at Trees
Bono stumbles into a recording session by a Muse tribute band, decides to lay down some vocals anyway. This is the result. Fine, not actually, but you get it. — DV

Fabio Frizzi at Gas Monkey Live!
Italian horror has some of the most eerie soundscapes of any film genre thanks to composers like Fabio Frizzi. In this show, he’ll be performing the soundtrack to 1981’s The Beyond, one of Quentin Tarantino’s favorite grindhouse flicks. — DV

The Get Up Kids at Gas Monkey Bar N’ Grill
Kansas City’s emo titans hope to give you “Something to Write Home About,” as the band is touring in support of its first record in eight years. — DV

A Tribute to the Beatles’ White Album at The Theatre at Grand Prairie
It only took a Fab Four group of musicians to make the original White Album, but this tribute show is bringing plenty more, including former Monkee Micky Dolenz, pop/rock wizard Todd Rundgren and yacht-rock relic Christopher Cross. Hopefully they keep all eight minutes of “Revolution 9.” — DV

John Cleese at Texas Theatre
Nobody expects the Spanish Inquisition, nor could anyone have expected Monty Python’s Flying Circus to become such a nerd classic when Dallas’ KERA premiered the show stateside 45 years ago. One of Monty Python’s most iconic members, John Cleese, is coming to Dallas to receive the Ernie Kovacs Award for his contributions to comedy. — DV

Cryptic Wisdom at RBC
Eminem is a common touchstone for many rappers, but the primary point of influence is his early Marshall Mathers LP material. Cryptic Wisdom seems to take more cues from Em’s po-faced later albums like Recovery. — DV

Motel Radio at Three Links
Satiate your hunger for easy, breezy jangle-pop until Real Estate finishes that next album. — DV

If Only, If Only at Three Links
Dallas’ own Barf Wave Records has curated this lineup of stylistically simpatico indie acts, including Michigan’s If Only, If Only as well as local bands Upsetting and Genius Christ. — DV

She Past Away at Dada
Immediately following a sold-out show at the Elysium in Austin earlier this year — that was also DJ’d by Dallas’ own Oliver Sheppard — the Turkish post-punk duo makes a DFW debut that is so anticipated that it was announced nine months in advance. — GG

Crime Junkie Podcast Live! at Texas Theatre
Crime podcasts are the new thing. Case in point: the first date for Crime Junkie’s Dallas stop sold out so quickly that a second show was booked. — GG

A$AP Ferg at Bomb Factory
On Ferg’s newest record, he recorded the track “Wigs” with Dallas rap star Asian Doll. No word if she’ll be appearing, but supporting him are fellow party-starters Murda Beatz and Madeintyo. — DV

Dirty Rotten Imbeciles at Trees
Houston’s thrash-metal pioneers haven’t released an album in a quarter-century, but that hasn’t quelled their ferocious live show one bit. — DV

Funny & Famous at The Theatre at Grand Prairie
This diverse lineup of stand-up veterans includes Marlon Wayans, Faizon Love and DeRay Davis, who you might recognize from the skits on Kanye’s first two albums. — DV

Doobie at Ruins
No relation to the ’70s band the Doobie Brothers, though it’s highly unlikely you would mistake that group’s blue-eyed-soul for this MC’s emo-trap. — DV

Wood + Wire at Deep Ellum Art Co.
If you’re still bumping the O Brother, Where Art Thou soundtrack for your bluegrass fix, give this Grammy-nominated Austin group a try. — DV

Ramonahs, Deva and Geezer at Three Links
Three of geekdom’s most beloved rock bands receive revisionist tributes: Ramonahs and Deva are drag takes on the Ramones and Devo, respectively, and Geezer is a Weezer tribute band made up of senior citizens. It won’t be too long until Rivers Cuomo himself is old enough to be in Geezer! — DV

Dallas Filmmakers Alliance Annual Premiere & Fundraiser at Angelika Dallas
Dallas’ burgeoning film community is being honored by this screening of several new films made by local filmmakers and filmed in the metroplex. — DV