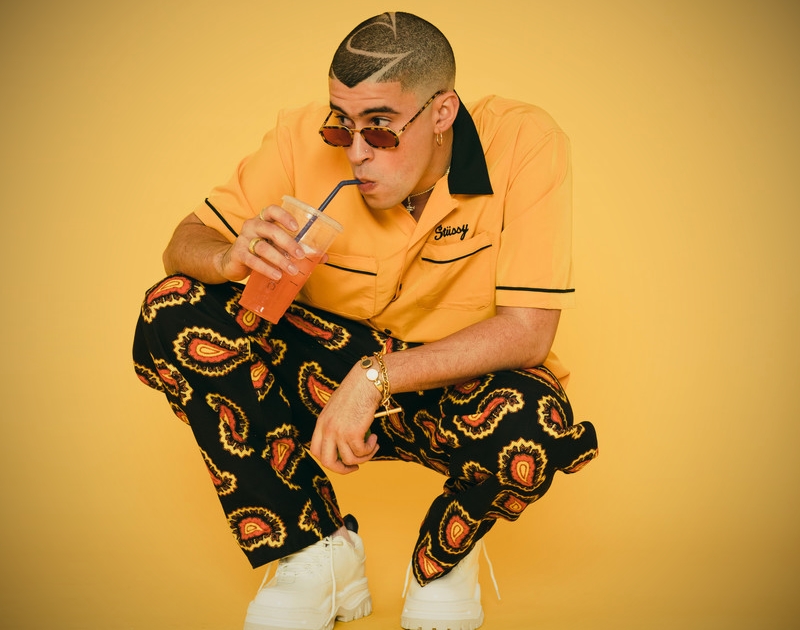 Stay Hard With Ali Wong, Duel It Out at Hamilton, Open It Up With The RoughRiders, Get Talent With Tape Face, Or Be Be Be Be With Bad Bunny.

Apparently, according to a made-up Bill Murray joke, Neil Armstrong used to tell people unfunny jokes about the moon. And when they bombed as intended he’d follow up with an, “Ah, I guess you had to be there.”

That may not have actually happened, but the sentiment is very real. Avoid the FOMO and you-had-to-be-there moments by, well, actually being there this week. Here’s the usual list of spots to find the most can’t-miss happenings. — Cory Graves

Ali Wong at Winspear Opera House
In summer 2018, Ali Wong’s comedy special Ali Wong: Hard Knock Wife premiered on Netflix, and Forbes praised it by saying it “presents a new gold standard for comedy.” Wong also made frequent appearances in shows such as American Housewife and Inside Amy Schumer, and even paid some dues as a writer for Fresh Off the Boat. Other film/television credits of hers include Ugly Delicious, Ralph Breaks the Internet, Bojack Horseman and many others. — Garrett Gravley

Max Frost at Dada
Fresh off his performance on Kelly Ripa and Ryan Seacrest’s national morning talk show, and Elton John collab, the Austin performer comes back to do his thing a little closer to home. — CG

Open Rehearsal at Meyerson Symphony Center
Come see how the doughnuts get made. In a way, it’s a little cooler than a real performance, because you get to sit right there on the stage alongside the world-class musicians. Reserve a spot at the link above. — CG

Fight Club at Angelika Film Center
One of the rules about this 1999 Ed Norton and Brad Pitt vehicle is that I’m not supposed to talk about it. — CG

Chelsea Cutler at Trees
The 21-year-old singer, songwriter and producer, Chelsea Cutler, is one of many Generation Z artists that catapulted to success thanks to Soundcloud. Following the release of her 2017 breakthrough single “Your Shirt” and her EP Snow in October, she dropped out of college, supported Quinn XCII on a successful month-long tour, and released her mixtape Sleeping With Roses. She’s at Trees this week, with support from Anthony Russo — just a few months after her sold-out Dallas debut at The Cambridge Room in September. — GG

Tape Face at House of Blues
He used to be called, The Boy with Tape With Tape On His Face. Now he’s just known as Tape Face, the Kiwi prop comic, magician, busker, clown and mime best known for his deep run on the 2016 season of America’s Got Talent. He brings his speechless lunacy to town this week. — Mira Scott

The Regrettes at Gas Monkey Bar N’ Grill
The original headliners of this one – SWMRS, whose lead singer is the son of Green Day’s Billie Joe Armstrong – had to bail. But the openers are carrying on in his stead. Those would be Coachella veteran L.A. punks The Regrettes and San Diego’s ex-surf band Beach Goons. — CG

Ali Wong at Toyota Music Factory
After a couple nights of warmups at the Winspear, Wong heads over to Irving for her third, and largest, stand-up effort in town this week. — CG

Tootsie at The Magnolia
For my money, the Dustin Hoffman-led original version of Mrs. Doubtfire (fight me!) is one of the top five funniest movies of all time. — CG

Symbolics by Jose Maria Eguren at The Wild Detectives
In 1911, a Peruvian man who had a uniquely crafted poetic voice authored the timeless work Symbolics. The man was José María Eguren, a poet, painter, essayist and photographer. At the turn of the century, his voice was heard, listened to, and was even a gateway to his untimely past. Being presented here is the first English translation of Symbolics. — MS

All That Remains, Attila at Gas Monkey Live
Not only do the metalcore giants co-headline this one, they’re also bringing along Escape the Fate, Sleep Signals and The Human Experiment to open. — CG

Bob Mould Band at Granada Theater
The Hüsker Dü frontman brings his borderline goth trio to the Granada. FWIW, his brand new effort for Merge Records has been hailed as “his most optimistic to date.” Hometown legend Will Johnson opens. — CG

Hamilton at The Music Hall at Fair Park
Perhaps not as hard a ticket to cop as the OG Broadway production, the Dallas Summer Musicals version should at least give you a good idea what the fuss was all about a few years back. It runs on select dates from April 2 to May 5. — CG

Bronze Radio Return, Wildermiss at Dada
The appeal of Hartford, Connecticut’s Bronze Radio Return is supposed to be its subtle nod to American roots music. Although, none of that really seems to come through, its members do manage to make popular indie-rock like there is no tomorrow. Either way, it’s constantly putting out singles that are picked up by commercials and television shows. — Roberto Aguilar

The Happy Fits, Deal Casino at Three Links
The pop-rock trio trades its bassist for a cellist, a quirk that sometimes gets them likened to the Violent Femmes, though they sound more Alabama Shakes than they do acousta-punk. — CG

State of Entrepreneurship at Majestic Theatre
Dress in your casualist business casual and enjoy business-y talks from the mayor and a handful of noted local CEOs. — CG

Broadway’s Next Hit Musical at UNT’s University Union Lyceum
Be forewarned, the improvised musical comedy show requires audience participation, but just to yell out suggestions Whose Line is it Anyway?-style for the performers. — CG

Ella Vos at Dada
-Her name is Spanish for “she you.” Say what you want about Yo La Tengo’s name, but at least “I have it” makes grammatical sense. — GG

Angel Du$t at Ridglea Room
Whether they’re named after PCP, the Faith No More album or both, Angel Du$t falls into the same incestuous pool of bands such as Turnstile and Trapped Under Ice, even going as far as having the same affiliation with the Pop Wig label (whose roster includes Denton’s Razorbumps). Anyway, they will swing through Fort Worth for what is reasonably expected to be a complete rager. – GG

Mr Eazi at Canton Hall
Mr Eazi reached a breakthrough in international acclaim when he signed to Diplo’s Mad Decent label in 2018. The Ghana-based pioneer behind “Banku” music also caught the attention of Travis Scott and was added as support for J Balvin’s US tour. Now he headlines his first US tour, which includes an appearance at Canton Hall. — GG

Bad Bunny at American Airlines Center
Latin trap sensation Bad Bunny made waves last year with two hits: Cardi B’s “I Like It” and the “Te Bote” remix featuring Nicky Jam, Casper, Nio Garcia and Ozuna. This year is looking to be a big year for him as well, with a big debut album and arena tour. — GG

Rubblebucket at Deep Ellum Art Co.
Rubblebucket have gone from a groove-oriented, Afro-beat/jazz hybrid that put out one hell of a horn-heavy long player back in 2009. In the years that followed, the band’s subsequent releases edged closer and closer towards the oversaturated world of electro-tinged indie pop, relegating those horns to minor flourishes and fleeting bits of color in the process. More recently, they’ve managed a happy middle ground that makes them one of the better pop acts currently plying their craft. — CG

Rafael Azcona’s The Executioner at The Wild Detectives
The great work of Spanish cinema that is Rafel Azcona’s, The Executioner is a film filled with dark, mockery humor, domestic comedy and gruesome scenes of taboos associated with death. It goes beyond the usual limits of the medium. — MS

Frisco RoughRiders Opening Day at Dr Pepper Ballpark
The Texas Rangers aren’t the only game in town. Their AA affiliate the Frisco RoughRiders celebrate their Opening Day a week after the big club. And it looks like they will be having Thirsty Thursday drink specials, a Party at The Yard and post-game fireworks. — MS

Rival Sons at Trees
A couple years back, the Cali rockers got the call to open the Black Sabbath farewell tour. Ozzy and Co. won’t be joining them this time, but it still speaks volumes that they were chosen to be the opening act for one of music’s biggest icons – volumes being the key word, here. — Obed Manuel

Swingin’ Utters at Three Links
We thought it interesting how Swingin’ Utters took a hiatus a while back to focus on their families, with one member becoming a plumber, another starting a screen-printing business etc. But the band isn’t on a hiatus anymore, and they’re in Dallas this weekend along with Lost in Society and Dog Company. — Carly Seitz

Citizen Cope at The Bomb Factory
Last month, the soul rockers released Heroin and Helicopters, the outfit’s first in seven years. The title comes from a Santana quote about the two things most likely to kill a musician. — CG

Stick Figure at House of Blues
The NorCal dub outfit and its faithful pup hit town in support of the “World on Fire” single and subsequent remixes that, hopefully, signal a new studio album OTW. The Movement and The Elovaters open. — CG