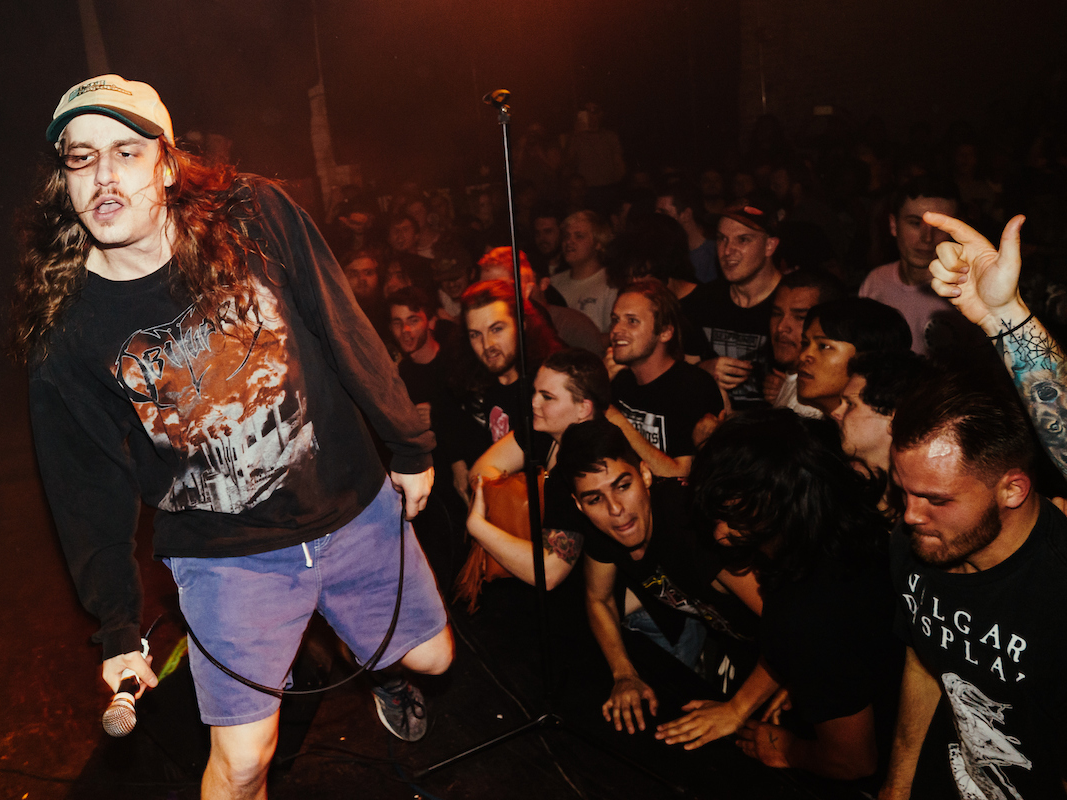 Tap Into An Evil Beat With Power Trip, Let Black Pumas Get To Know You Better And Dig Up Your Flannel For Grunge Fest. Plus More!

Mac Miller’s family announced this week that we’re being blessed with a posthumous album from the rapper.

Per a post made to Miller’s Instagram account on Wednesday, the late rapper was well into the recording phase of a new album titled Circles at the time of his passing. The album, which is meant to be a companion album to 2018’s Swimming, was finished by producer Jon Brion, whom Miller was working with prior to his death.

“This is a complicated process that has no right answer,” the Miller’s family’s statement reads. “We simply know that it was important to Malcolm for the world to hear it.”

What’s a more beautiful way to remember a young artist gone too soon than with the comfort of music? Circles drops January 17, but until then, there’s plenty of great music to catch in Dallas this weekend. — Alec Spicer

The Roommates at Trees
Oh my god, they were Roommates. Outdated Vine references aside, this local all-female indie rock band is celebrating its second birthday by performing with fellow rockers such as Ottoman Turks. — Daniel Valdez

XKO: All In at Gas Monkey Live!
With this Mixed Martial Arts event and Sunday’s Impact Wrestling show at the Bomb Factory, Dallasites have plenty of options to watch people beat the shit out of each other this weekend. — DV

ANS at Three Links
Arlington thrash band ANS will celebrate its 20-year anniversary at Three Links. The band has been mostly dormant since 2011, and a diaspora between the band members has only led to a handful of one-off shows, so this is a bit of a special occasion. — Garrett Gravley

Badfish at House of Blues
This Sublime tribute band does not practice Santeria, presumably, but they will most likely perform “Santeria.” — DV

Fortunes Fool + Give Way at J&J’s
Both of the names of these bands sound like they could fit into a word magnet sentence on your refrigerator. — DV

Black Pumas at The Kessler Theater
All three of Black Pumas’ Dallas gigs this week sold out crazy fast, so expect this Austin psych-funk collective to be playing even larger venues in the near future. Fortunately, you’ll have one more chance to see them live when they play an acoustic set at Josey Records on Saturday. — DV

War Ensemble at Granada Theater
Metal legends Slayer may have laid the band to rest this past November, but no songs stay six feet under in the age of the tribute band. Also on the lineup are tributes to Megadeth and Alice in Chains. — DV

Broken Baby at Double Wide
With openers like Tummyache and THYROIDS, this show easily takes the cake for best curation of band names in one place this weekend. — DV

Gladys Knight at Winstar Casino
The last time this iconic R&B diva was in the news, she won third place in the bizarre reality show “The Masked Singer.” This time around, she won’t be wearing a ridiculous animal costume while performing her hits. — DV

Le Cure at Granada Theater
“Disintegration” is the best Cure album and Le Cure knows this, that’s why they’re covering the whole record at this show. Well, they might also be doing so because the album turned 30 last year. That too. — DV

The Untouchables at Gas Monkey Bar N’ Grill
Dallas is lucky enough to get a stop from the LA-based soul collective that will be joined by Boss Riot and The Fullstops for a one-off show at Gas Monkey. — DV

Black Pumas at The Kessler Theater
All three of Black Pumas’ Dallas gigs this week sold out crazy fast, so expect this Austin psych-funk collective to be playing even larger venues in the near future. Fortunately, you’ll have one more chance to see them live when they play an acoustic set at Josey Records on Saturday. — DV

Grunge Fest at House of Blues
If Evil Beat isn’t your speed, a very different rock festival is happening in town. This one is a showcase of tribute bands to grunge gods like Nirvana and Alice in Chains. — DV

Death & Decay at J&J’s
Name a better venue for so many metal bands under one roof. — DV

Found Footage Festival Presents: VCR Party at Alamo Drafthouse (Denton)
This showcase of found VHS tapes promises a video of bowling hypnosis and a showing of something simply called “diabetes video.” Just straight to the point with this one. — AS

Ben Nicky at Stereo Live
For those of you familiar with every corner of EDM, this guy has co-signs from the likes of Armin Van Buuren and Tiesto. — DV

Monsters of Mock VII at Gas Monkey Live!
The music of Ozzy Osbourne, Dio, Motley Crue and Poison gets a tribute in this cover-band showcase. For those about to mock, we salute you! — DV

The World Inferno Friendship Society at Club Dada
World Inferno is a gleefully macabre “punk cabaret” troupe that answers the age-old question, “What if Tim Burton started a circus with Gogol Bordello?” — DV

Uh Oh Jiminy at Ridglea Theater
Uh Oh Jiminy is an alt-rock band that claims to be dripping in nostalgia. The Straits, Black Hole Bears, Ghoulsby and The Wild Frontiers open. — DV

Impact Wrestling at The Bomb Factory
Sure, this event will be on pay-per-view as well, but watching grapplers like Sami Callahan and Tessa Blanchard duke it out in person is so much more intense. — DV

Some Kind of Nightmare at Main at South Side
One person’s nightmare is another’s dream, right? Or something like that. — AS