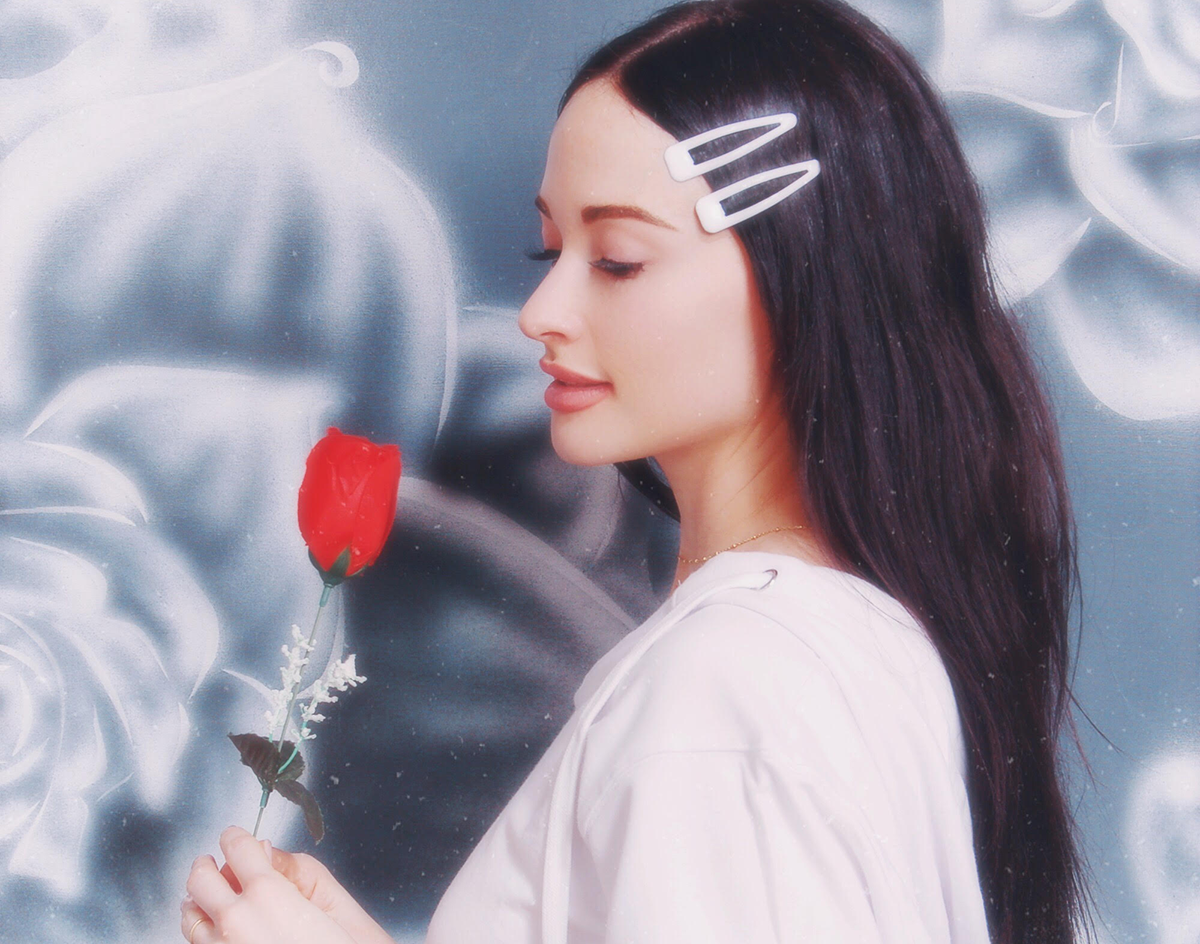 The Dallas-Based Photographer And Her Sister Are Helping One Man’s Small Photography Business Bloom With A New Instagram.

Every now and then, Kelly Sutton will join her sister Kacey Musgraves (maybe you’ve heard of her?) on tour to snap photos of her set and capture intimate, behind-the-scenes photos of the breakout country star. Such was the case for Musgraves’ show at the Greek Theatre in Los Angeles on Sunday.

The next day, when she needed film from the show developed before Musgraves moved on to the next stop of her “Oh, What A World II” tour, Sutton stumbled upon an old-school photo lab in Koreatown after another shop told her they could only partially develop her film.

When Tom Tuong told Sutton over the phone that he could get all her film developed at his shop, in the same day without hesitation, she took a Lyft over to Tom’s One Hour Photo Lab. Almost immediately upon arriving, she fell in love with the reticent shop, and Tuong’s kind-spirited demeanor — so much so, in fact, that when she she returned to pick her film up, she brought her sister along for an impromptu photoshoot at the spot. (We guess Kacey wasn’t kidding when she sang, “If my sister lived in town, I know we’d be doing something fun” on “Lonely Weekend” from 2018’s critically-acclaimed Golden Hour.)

Since Sutton and Musgraves’ own parents are small business owners, Tuong’s story of struggling to make ends meet resonated with the sisters. As Tuong’s wife Lisa told the The Hollywood Reporter, “We pay rent but we don’t have enough money to bring home, to accrue anything. I bring home the money I make doing nails but we don’t have extra.”

No stranger to growing up in a household just trying to make ends meet, Musgraves sees the Tuongs’ resilience reflected in her own parents.

“This country is built on the backbone of these small businesses,” Musgraves said of Tuong’s shop to her crowd at the Santa Fe Opera House on Wednesday night. “My parents are small-business owners… they’re making ends meet working together, just doing what they can. So I know what it’s like.”

Sutton, meanwhile, further connected with Tuong during a discussion about the struggle of being a film photographer in this digital-dominated era. Inspired by Tuong’s perseverance, she and Musgraves then insisted on creating an instagram account for Tuong’s photo lab.

Just a few days after its creation, it has more than 40,000 followers — and now, Tuong’s shop is booming.

Below, Sutton tells us how her chance encounter turned into this random act of kindness, and shares how you can help your neighborhood’s Tom, too.

What brought you to Tom’s shop to begin with? Were you just out exploring L.A.?
I was in L.A. and looking for a place to develop film really quick. I do photography full time in Dallas but from time to time I’ll go on the road with Kacey and shoot shows and behind the scenes stuff. I shot a lot from the day before at her show at the Greek Theatre and we wanted to have it before we left town. I needed to drop off that morning and pick up later that day [and] I had 6 rolls to develop so I went to another place near our hotel first. They said they could only fit in 3 rolls and promise same day delivery. I figured another place might be the same situation so I found Tom’s on yelp and gave him a call. He said he could have my remaining rolls developed ASAP! So I took a lyft over to his shop and I instantly fell in love with it and him.

What was it about your experience at Tom’s that made you want to bring your sister back to the shop?
He was so kind. His shop felt so nostalgic. I loved that it was kind of a mess but in the best way. My sister and I both have an appreciation for unique people doing their thing. I knew she would appreciate him. So later that day I wanted her and our friend Moani to see the shop and meet him too, so they came with me to pick up the film. And of course they loved Tom’s shop and him right away. We decided to get Kacey to do a portrait session. Moani is her makeup artist who gave her a light touch up before the portrait — luckily she had all of her makeup in her car. Tom was so patient while we ran next door to buy some fake roses as a prop and when we had a hard time deciding on a backdrop. [Laughs.] So we picked two.

On Instagram you mentioned Tom told you business isn’t what it once was when he started back in the ’90s due to the digital age we live in, especially being that he is totally DIY. How did the two of you relate to the hustle of being an independent photographer?
I only saw one customer come in to have a passport photo made during the times I was there. While Kacey was getting ready for her portrait, we talked about rising L.A. rent prices, his kids, when he started his business and about film and how it’s more common to use digital photography today. He told me he used to be very busy with developing and portrait work but it has slowed way down. Despite that, I could tell that he had an incredible sense of pride in his shop that I really admired. He admitted it was messy but that he liked it that way. He even said someone came in and shot a movie there. I asked him what movie it was and he said he didn’t even know. [Laughs.] I just found him so endearing and funny and thought it was badass to see an old school photography model still going at it. I couldn’t help but think of my own business — making portraits and about how much my generation has changed the game for photography as an industry, not necessarily for good or bad, just different. Everything keeps evolving but some people get left behind. And that sucks.

You’re a well-established photographer with a pretty substantial platform, is the connection you had with Tom as a photographer what led to you and your sister creating the instagram account for his shop?
Absolutely. It was a combination of things; our connection with Tom, his story, and his work – plus the fact that I could not figure out how to set up an Instagram on his Samsung Galaxy. [Laughs.] We had taken a bunch of photos and videos while we were there so we knew we had enough content to start something by the time we left. So we just started uploading it to an account we made and announced it on Wednesday.

Have you heard from Tom since? How’s it all going for him?
We talked on the phone and he was very grateful. I’ve emailed him some of the links to some articles too. I’ve mostly kept in touch with his kids and nieces who have kept me posted on him.

There are soo many business just like Tom’s in your neighborhood. You walk past them every day without thinking twice. Next time, stop in and spend $5. Ask questions. Spread the word. Challenge yourself to go out of your way to support them. You’ll literally be putting food on their table. I know because I grew up with small business owners for parents living check to check. You really CAN make a difference. These places are untouched by modern technology and that’s why they’re beautiful. They’re the backbone of this country and they need us. ♥️ – Kacey aka @spaceykacey (photo snapped today by @shutterhappyjose and it just made me so emotional) #TomsOneHourPhoto

The Instagram account you and Kacey made for him already has so many followers! Does he plan to start using it himself?
I’ve talked to him a couple of times since then briefly — he’s so busy now! We haven’t talked about it yet, but I have spoken to a few of Tom’s younger family members who might be interested in taking it over or helping him learn how to use it.

Tom has been on the photography grind since you were a kid. Did he give you any words of advice for your craft?
Since I was born, actually! [Laughs.] Unfortunately, I didn’t get to talk to Tom much after the shoot. He stayed open a little late for us so we headed out when we were done. I’m hoping next time I’m in L.A. he isn’t too busy to chat with me!

How can people help support Tom and the work of other photographers like him?
If you’re in L.A. or planning a trip soon, call ahead and book a (very affordable) portrait session or develop your film there. And as unique and special as Tom is, there are a million more like him that are struggling to make ends meet. So find your own Tom in your town and make them feel seen — buy something, tell your friends, write a nice review. A little effort can go a long way. And if anyone out there posts about an awesome small business that needs some help, hashtag #tomschallenge so we can all see it!