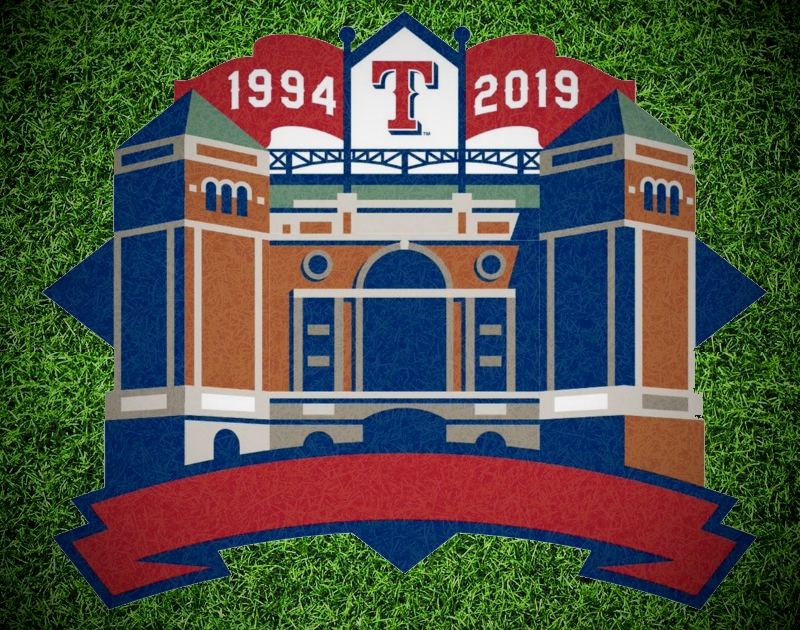 Drink a Bubly With Michael Bublé, Space Out With Spiritualized, Laugh Out Loud at the Dallas Comedy Fest, Suit Up and Hit a Furry Fiesta or Step Up to the Plate at Texas Rangers Opening Day.

According to new research, one in five coffee mugs at the office contains fecal matter. Because none of your disgusting co-workers wash their damn hands after doing their business.

If that doesn’t sound like reason enough not to avoid the office this week, well I don’t know what is.

And with all that extra time on your hands, we’ve got a number of ways to spend it, 100 percent of which beat drinking out of poop cups hands down. — Cory Graves

Michael Bublé at American Airlines Center
After almost quitting music due to his three-year-old son’s cancer diagnosis, Bublé and his family are embarking on an emotional journey. The singer had to rethink his approach to life and to his music. “I know it sounds artsy fartsy, but I think the songs chose me,” he says. “It’s strange how the universe will just drop things into your lap.” — Mira Scott

Uncommon Ramen at Uchiba
This month’s special, outside-of-the-box guest is Chef Alex from Café Momentum. What’s more, a cool $2 from every bowl served will go back to the Café in order to help continue their mission of mentoring troubled youths. — CG

Monochrome: The Chromism at Texas Theatre
The locally-made dystopian sci-fi film about the first (literal) people of color fighting to survive in a black-and-white world makes its Dallas premiere. — CG

Game of Thrones Trivia at Trinity Cider
Do you have what it takes to win this literal Game of Game of Thrones? Or do you know nothing about the fantasy series, Jon Snow? — CG

Spiritualized at Canton Hall
The English space rock pioneers started at the tail-end of vocalist Jason Pierce’s other band Spaceman 3. The band is considered as influential to psychedelic music as contemporaries such as The Flaming Lips and Mercury Rev. Anyway, they’re coming back to Dallas and, this time, they’re not playing Granada Theater as is their usual MO. — Garrett Gravley

Ella Mai at House of Blues
After breaking through with her 2018 single, “Boo’d Up,” Ella Mai is achieving greatness at just 23-years-old. Her name might’ve popped up on everyone’s search bar overnight but her success has been a journey. She started singing at elementary school plays when she was a little girl and has been consistent with her work ever since. Now, her songs are going quadruple Platinum. She also made history as the longest running No. 1 by a woman on the Billboard R&B/Hip-Hop Airplay Chart. And this is only her first tour. — MS

The Movielife at The Prophet Bar
The reunited melodic hardcore band will be performing its albums Forty Hour Train Back to Penn and The Movielife Has a Gambling Problem back-to-back in full at this one. — CG

Against the Current at Dada
You could wait until later this summer to catch the NY pop rockers performing alongside Ariana Grande and Childish Gambino at this year’s Lollapalooza – or just head down the street and catch this far cheaper and much more intimate showing. — CG

Dallas Comedy Festival
Headlining for one awesome week, comedians Moyer and Monrop, Daniel Van Kirk, and The Late 90s are coming to Dallas to celebrate it’s comedy festival. But thats not all! Ranging from improve and sketch to stand-up, film, podcasts and panels, well over 50 other acts are taking the stage as well. It’s a week full of laugh-tivities, the full schedule of which you can find at the link above. — MS

Laurel & Hardy’s Sons of the Desert and The Battle of the Century at The Magnolia
The old school masters of comedy star in this double feature of films released in 1933 and 1927, respectively – the latter of which features the largest on-screen pie fight of all time. — CG

grandson at Dada (Sold Out)
Jordan Edward Benjamin dropped out of Concordia University and moved to LA in 2014 to pursue a career in music. Four years later, he signed to Fueled by Ramen and achieve mainstream acclaim with his single “Blood//Water.” Moral of the story? If you drop out of school and pursue a career in music, the world is yours. — GG

Death Grips at Canton Hall
The band that ghosted Trent Reznor and inspired someone to destroy Donald Trump’s Hollywood star with a pickaxe makes its third DFW appearance. Notable fans include Bjork, David Bowie and, evidently, Beyonce. But Noam Chomsky has never heard of them, and we somehow know this because someone had the unbridled lack of shame to ask him. — GG

We Came As Romans, Crown The Empire at 2513 Deep Ellum
The last time Dallas-sprung metalcore outfit Crown the Empire played this venue, back in November, it was doing so as a benefit for Terminal’s Lucas Starr who was battling Stage 4 colon cancer at the time. He’s since passed, making this one a tad heavy. We Came As Romans co-headlines, and SHVPES and Erra open. — CG

The Revivalists, Rayland Baxter at South Side Ballroom
The Revivalists’ breakout song, “Wish I Knew You,” has opened many doors for this band. Although they were already on the right track, this song flew them higher in the ranks, gaining praise from the likes of Rolling Stone, Entertainment Weekly, Buzzfeed, Flaunt, Paste and Interview since its 2015 release. — MS

Boy Harsher at Deep Ellum Art Co.
Deep, dark, gritty and danceable, this electronic duo is intense. Augustus Miller creates the sound, and Jae Matthews voices over it. Fun fact: these two have a strong background in film, so their music videos, live performances and recordings reflect everything that is Boy Harsher. BOAN, Jake Schrock and DJ Hesh Law also perform. — MS

Buddy Guy, Jimmie Vaughan at House of Blues
Multi-Grammy Award winning blues icon, Buddy Guy, is playing his part in keeping the blues alive and well. At 81-years-old, Buddy’s career has spanned for over 50 years, and he’s killing the game, with seven Grammys, 37 Blues Music Awards and a Kennedy Center Honors. The opener, who cites Guy as one of his boyhood heroes, is no slouch on the guitar, either. — MS

Sabrina Benaim at 2513 Deep Ellum
Hailing from Toronto, Sabrina Benaim is a writer, performer and teaching artist. She is all about her words, phrases, adjectives and nouns, to the extent that she represented Toronto at The Women of The World Poetry Slam in 2015 and was even a member of the Canadian championship-winning 2014 Toronto Poetry Slam team. She enjoys breaking down stigma, women who help women and the Toronto Blue Jays. — MS

Texas Furry Fiesta at Hyatt Regency Dallas
A word needed to know is anthropomorphic – which is “the attribution of human traits, emotions, or intentions to non-human entities.” It’s an adjective being used to describe Texas Furry Fiesta’s yearly gathering of anthropomorphic art, science fiction, and fantasy fans in Dallas. Or, in a nutshell, a big ol’ party for likeminded folks that like to dress up as animals. — MS

Journalism Workshop at The Wild Detectives
Since the world is forever changing and now, journalism is leaning more towards digitally based content, a new approach to journalism is abrewing. Join other journalists, and like-minded people who want to make a change in, for and around local coverage. — MS

Dallas Mayoral Forum at Dallas Scottish Rite
For everyone who want to be involved with the Dallas community, which should be everyone, all nine mayoral candidates will be speaking directly to the public on issues related to education and the future of Dallas. The open forum is from 6 to 7:30 p.m. — MS

Opening Day at Globe Life Park
This is the last opening day at the current Rangers ballpark before they move into their fancy new digs next year. They welcome the Cubs to town for the occasion. — CG

Beers of Joy at Texas Theatre
Beer makes the world go round. And apparently that’s a fact because this film follows four people who are immersing their lives around their passion for beer, while viewers also get acquainted with medieval monasteries, historic German villages and other breweries from across the world. — MS

Dallas Comedy Festival
Among the Day 3 treats are A storytelling showcase at DCH, stand-up sets at IBK, a taping of the Sinisterhood podcast at Deep Ellum Art Co., and comedians attempting to present slideshows they’ve never actually seen at DCH. — CG