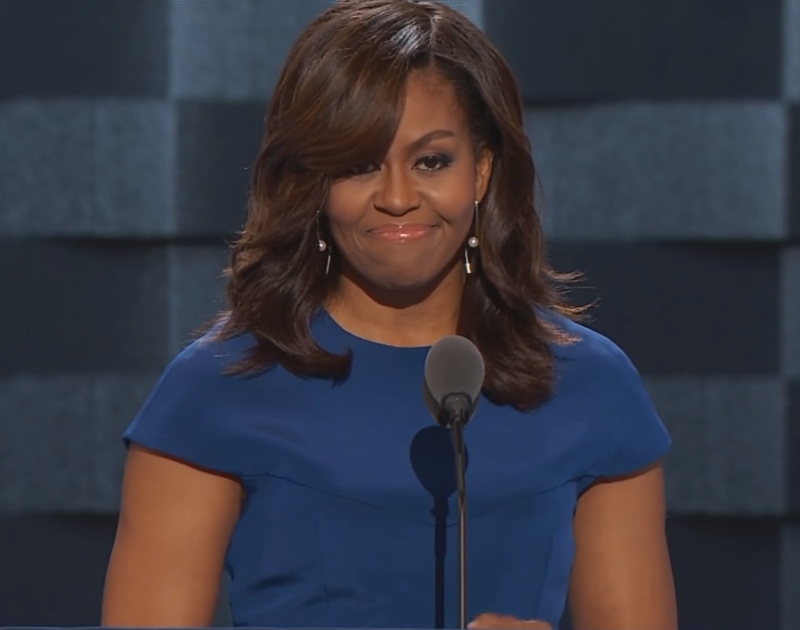 Go High With Michelle Obama, Hit One of Many Toy Drives, Catch It’s a Wonderful Life on a Big Screen, Sip and Shop Small or Catch a Cody Jinks Solo Show.

Studies – and by studies, we mean extremely informal polls – show that people suffering from sugary snack fatigue during the holidays prefer to receive fresh homemade baked bread as gifts. And because our wallet’s busted, and bread’s way cheaper than real gifts, we choose to believe it.

Allow us to convince you over to our way of thinking. With all that saved scratch from not buying gifts, you’ll have a little extra going out money in your pocket.

Conveniently, we’ve got a list of places to spend that cash, too. Maybe that’s why we’re broke in the first place. — Cory Graves

An Intimate Conversation With Michelle Obama at American Airlines Center
The First Lady Forever In Our Hearts, hits the Dallas arena on her Becoming book tour, reflecting on “the experiences and events, both public and private, that have shaped her, from her childhood on the South Side of Chicago to her years as an executive balancing the demands of motherhood and work, to her years spent at the most famous address in the world.” — CG

Elf at Alamo Drafthouse (Cedars)
The best way to spread Christmas cheer is singing loud for all to hear – just don’t sing this film’s big soundtrack tune at too high a volume, it’s controversial as all get-out these days. Anyway, this Will Ferrell riot is playing every day this week. — CG

Nathan Kalish & the Last Caller, Joshua Ray Walker at Lola’s (Free)
The Nashville, TN singer-songwriter spent all of 2017 working on his newest album and touring all around the country. He and The Lastcallers are going to spend all of 2018 touring in support of the album, a project that is the culmination of Kalish’s past eight years on the road. The album’s theme touches on social commentary, dark humor and even some sciwnce fiction ideas. — Obed Manuel

It’s a Wonderful Life at The Magnolia
Every Christmas season that you watch this essential film, another angel gets its wings. — CG

Chicago at Winspear Opera House
For this run of the Broadway favorite, it’ll be former Dallas Cowboys running back Eddie George razzle dazzling ‘em as tap dancing lawyer Billy Flynn. And all that jazz. — CG

Celebrating the Farms Pop-Up Dinner at Cafe Momentum
The uniquely Dallas restaurant chooses one top local chef to guest at this event. That person will, in turn, create a menu using ingredients sourced from a local farm they’d like to highlight. — CG

The Faceless at Gas Monkey Bar N’ Grill
The technical metal band celebrates the 10-year anniversary of its Planetary Duality Album. Rings of Saturn, The Last Ten Seconds of Life, Vale Of Pnath, Interloper and The Human Experiment perform this stuffed bill. — CG

Steve Wilson at House of Blues
The Porcupine Tree founder is already known as the King of Prog Rock in some circles, many of them British. — CG

San Diego State vs Ohio at Toyota Stadium
The 8-4 Bobcats take on the 7-5 Aztecs in this year’s DXL Frisco Bowl. — CG

Star Wars: A New HopeMovie in Concert at Meyerson Symphony Center
Ah, the classic John Williams score, a great way to introduce new folks to the majesty of live symphony. You’ll have three opportunities to do just that, as this event runs through Saturday. — CG

Temporex at Dada
The traditional gatekeepers of the music industry have no idea about Joseph Flores’s project Temporex, but the song “Nice Boys” alone has over 7 million streams on Spotify and counting. The 19-year-old songwriter has been praised by none other than Tyler, the Creator himself, and is involved in the same dream pop/surf rock circuit as Bane’s World, Homeshake and Boy Pablo. Temporex is in a thriving musical subculture few people outside of niche internet circles have any idea about, so come to this show if you want to take a gander into the future of indie music. — Garrett Gravley

It’s a Wonderful Life at Majestic Theatre
Every Christmas season that you watch this essential film, another angel gets its wings. — CG

“Deck the City Halls” Cocktail Class at City Hall Bistro at The Adolphus
The swanky hotel’s head bartender teaches this class on holiday-themed cocktails. With drink names like Sugar, Spice & Everything Nice and the Winter Spiced Old Fashioned, you’ll be sure to please your Xmas party guests. — CG

Queen For a Day at Granada Theater (Sold Out)
Thanks to a certain biopic, Queen is, like, so hot right now.

Drag Ellum: Hoe-idays at The Nines
A holiday-themed drag show featuring some of the joint’s favorite performers. — CG

Deep Ellum Wine Walk at Discover Deep Ellum
An extra incentive to shop small while gathering gifts – free pours of wine at all participating neighborhood shops – once you pay for this month’s collector glass, that is. — CG