Song of the Day: Sunshine Village – “John Was a Friend of Mine.” 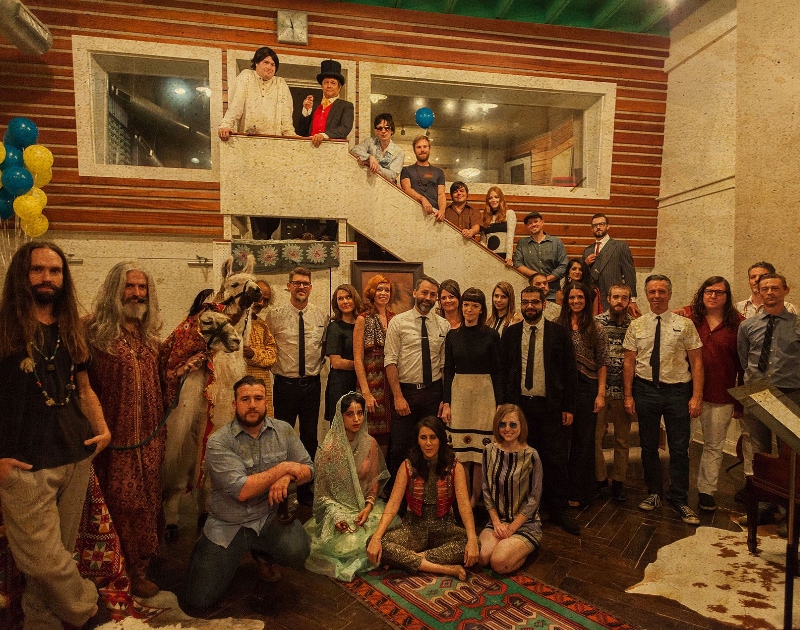 Check Out The 33 Musicians and 10,000 Didgeridoos That it Took to Fully Realize Dylan Silvers’ Latest Project.

Sunshine Village – “John Was a Friend of Mine.”
RIYL: Learning to play the fuckin’ Theremin.
What else you should know: For once, the title of this recurring column doesn’t suffice. Because to simply refer to the output from the Sunshine Village collective as a “song” of the week would be positively reductive.

Under the banner of Monolith Pictures, the team behind Dallas’ most ambitious music project, These Machines Are Winning, includes an army of artists, musicians, directors, writers and creators, along with “activists, idealists and dreamers.”

Aside from the music, graphic novels and short films behind that project, Monolith was also involved with putting on the Buffalo Tree Festival to rally folks behind Beto O’Rourke and other left-leaning politicians. And at next year’s SXSW, they’ll premiere a new VR short film made in conjunction with Oculus and starring Chris O’Dowd, that also doubles as a testicular cancer awareness and fundraising campaign.

Still with us so far?

The soundtrack to that one is a version of fictional ’60s psych/surf band Sunshine Village’s forthcoming sophomore record, ‘The Buffalo Trees Saved the Children of the Sun, that has been remixed in spacial audio especially for the virtual reality experience. That’s also from where today’s song comes from.

It was written and arranged by These Machines Are Winning’s Dylan Silvers, and performed by a 33-musician squad that’d make even the Polyphonic Spree envious. Funny enough, the enormous Beach Boys-inspired outfit does feature several members of the Spree, including its mastermind Tim DeLaughter. Also mixed in are members of Bethan and other folks that you might have seen backing Leon Bridges, Apples in Stereo, Deathray Davies, The Earlies and even Don Henley.

And that’s saying nothing of the psychedelic Buffalo Tree children’s book that’ll accompany the final project. See? So much more than just songs.

You kind of have to just start diving in.