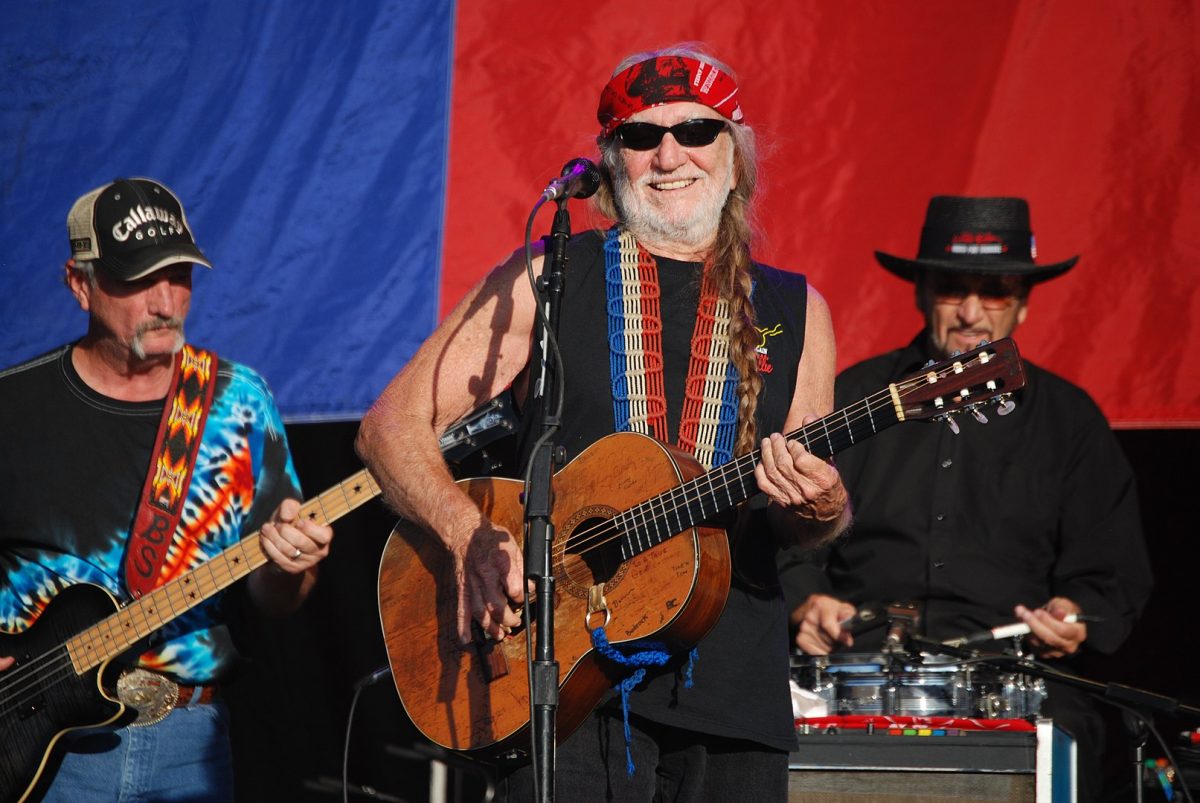 Pre-Game At Willie Nelson’s Outlaw Festival, Go Ten Speed With Coheed And Cambria, Drink A Ton Of Beer For ‘Merica And So Much More.

Apparently, NASA plans to chase an asteroid with an estimated worth of $10,000 quadrillion. In other words, 16 Psyche contains enough valuable heavy metals to crash the world economy.

To put that into perspective, if this thing is brought down, all seven billion people on earth would be instant billionaires — or maybe 48 people (at most) could pay off their student loan debt.

A probe mission to 16 Psyche could be set to launch as early as 2022 from the Kennedy Space Center in Cape Canaveral, Florida. Spacecraft is expected to land on the asteroid situated between the orbits of Mars and Jupiter in January 2023.

We can’t guarantee you will secure the bag with an asteroid, but we can guarantee you a list of things to treat yourself to in Dallas this week. — Stephanie Salas-Vega

Monday Night Raw at American Airlines Center
Channel your inner Bartertown townfolk and cheer and jeer to your hearts delight as the WWE entertains you with their own version of modern day gladiatorial games. Because we (and Stone Cold Steve Austin) said so. — Travis McMillan

The Funky Knuckles at Three Links
This band’s bio claims to be a “fighting squadron that will make you dance like a kraken on meth before you burst into tears of joy.” We’re in. — Alec Spicer

Hillbilly Casino at Gas Monkey Bar N’ Grill
This band says it’s “real American music” and by that, I guess they mean rockabilly. — AS

Dead & Company at Dos Equis Pavilion
Somehow, John Mayer filling in for Jerry Garcia in a band with half of the original Grateful Dead members is supposed to be a good thing. — Garrett Gravley

Charly Bliss at House of Blues
With clear signs of influence from both 90s grunge and contemporary pop music, Charly Bliss provides the perfect soundtrack to your youth. Also they met outside of a Tokyo Police Club show, so we trust their taste. — Jessika Hardy

Lakewood Brewing ‘Merica Fest at The Common Table
When did the U.S. become the girl who celebrates a “birthday week?” Anyway, you can pre-grame for her big day with a bunch of local brews, which is objectively very American. — AS

Billy Law & Friends at Sundown at Granada
Billy Law is currently working on a debut concept album about living and growing up in Texas. What’s more fun than hearing music before it’s officially released? — AS

Tony Drewry of Shotgun Friday at The Common Table
In what’s being described as a no-set list or stream of consciousness show, there’s no telling what you’re in for with this one — the best kinds of shows, in our opinion. — AS

Coheed And Cambria & Mastodon: The Unheavenly Skye Tour at The Pavilion at Toyota Music Factory
How do you give an introduction to a tour that needs no introduction? Coheed has a new album out and Mastodon will celebrate the 10-year anniversary of its Crack The Skye album by performing it in its entirety. — TM

Cuco at The Bomb Factory
Cuco sold out RBC in October 2017, and due to popular demand, had his show relocated to Trees, which he also sold out. In March 2018, he played a show at Canton Hall which, as you can guess by now, sold out. If you haven’t heard of Cuco, The Bomb Factory is the perfect sized venue for him. — GG

GOT7 at American Airlines Center
Is GOT7 the Backstreet Boys to BTS’ N’sync? Is this already a thing among K-Pop boy band stans? — AS

Powerman 5000 at Trees
Take a day off, or two, — because let’s be real you know you’re going to — and check out American industrial metal band, Powerman 5000. — JH

Safe Bet at Backyard on Bell (denton)
In an age where pop-punk seemed to have reached its peak in the early 2000’s, Safe Bet proves that the genre is far from dead. — JH

Denton Beer and Cheese Pub Crawl
For those of you who aren’t lactose intolerant, and are looking for a warmup to a holiday full of beer and hotdogs, look to the Denton square. Several square favorites will be hosting the crawl while Ten: One Artisan cheese will provide the eats. — AS

Kaboomtown at Addison Circle
Looking for a great spot to see some fireworks? Kaboomtown is considered one of the top firework shows in country. No, seriously. — SSV

‘Merica The Beer-Tiful at Texas Ale Project Taproom
Unsurprisingly, there are endless amounts of places to celebrate the holiday by drinking beer at this week. Here’s another. — AS

Sofar at Community Beer Co.
I don’t know about you, but I’d rather catch one of these things in a brewery than a stranger’s living room. — AS

Corn Dog Beatdown at The Libertine
Nothing says America like trying to see how many corn dogs you can eat in 15 minutes. — SSV

Fair Park Fourth
Alright, so you probably already know how we feel about Fair Park, but maybe it’s slightly more tolerable on the fourth? They’ll have fireworks. Everyone likes those on the Fourth, right?  — SSV

Deep Ellum 4th of July Pool Party
Dive into the deep Wits End (see what we did there) with an adult kiddie pool on the rooftop of the bar and a $3 PBR special. As they say, “MERICA.” — SSV

The Oi! Scouts at Three Links
Much like Uncle Sam, the Oi! Scouts want you… to party ’till death. The the band will be supported by a bevy of punk bands from across the U.S. — AS

Uncle Sam Jam at Toyota Music Factory
Celebrate Independence Day with acts who cover some of our country’s most… polarizing music exports, like Madonna and Van Halen. Hey, it’s free. — AS

The 4th at Wild Acre Brewing Company Taproom (Fort Worth)
You know the drill by now. Get hammered. Just do it for the United States. — AS