21 Things To Do In Dallas For Christmas Break. 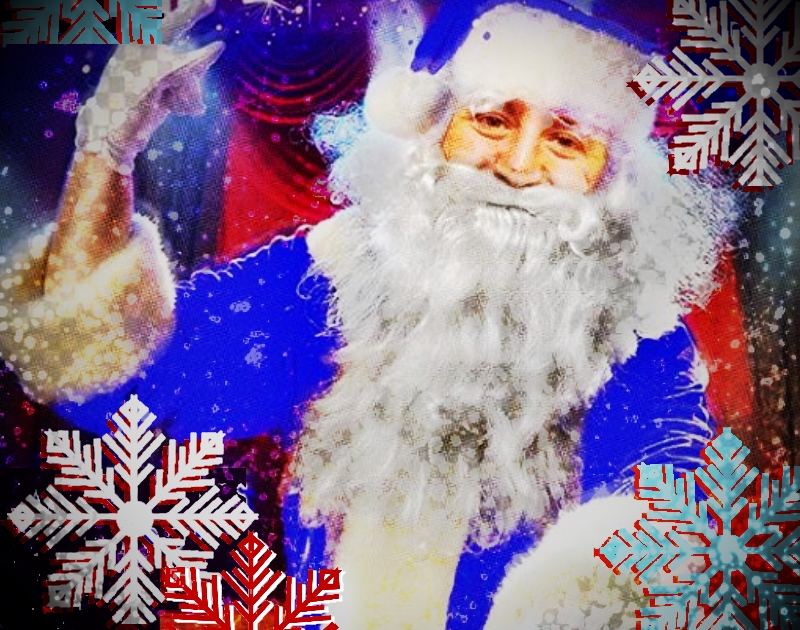 Get Lit Like a Menorah With Hanukkah Harry, Get Down at the Gritz and GoGo Jam, Toot Like a Tuba, or Catch One of the Many Tribute Bands Playing All Over Town.

Think your job is nerve-racking? Next time you’re being chided by four separate bosses for not putting cover sheets on your TPS reports, just consider yourself lucky that you don’t have to climb 2,000-foot towers to change light bulbs for a living.

And when you’re fretting about everything shutting down for the holidays, consider yourself lucky that you live in or near Dallas, where there’s always something to do. — Cory Graves

Pop-Up Brunch at Ruins
Fuel up for family time with some brunch drinks and a limited menue whipped up by “the pickling collective.” Brunch? Ya, they can pickle that. — CG

Central Track Presents: Hanukkah Harry Saves Xmas at Three Links
For the third year in a row, we’ll kibbitz, we’ll kvetch, we’ll schmooze. There’ll be music, we might dance the hora, we’ll play “Celebrity Jew or Not A Jew,” and some mensches from around town are giving us concert tickets, T-shirts and other gifts to give away to all of the Deep Ellum boys and girls who can’t be with their families this holiday. The menorah will be lit at 9 p.m. The party will be lit immediately thereafter. — Pete Freedman

Christmas Cocktail Pop-Up at HIDE
A hidden zone inside HIDE has been decked out for the holiday. What’s more, they’ve created a whole menu of themed drinks for the occasion. — CG

Drink the Tree at Rustic
Starting at 6 p.m., The Rustic will be serving up Real Ale Fireman’s #4 for just $3. Chow down on some of The Rustic’s signature tamales as the crew and crowd there attempt to drink its decorative can tree. Elaina Kay provides the live country music. — Obed Manuel

Friday’s Foolery & CoLab at Three Links (Free)
The pair’s long-running #3Links2sdays residency ain’t stopping just because of some silly holiday. The tightest players in town are keeping it holly and jolly down at HQ. — CG

Christmas Day Bowling at Bowl & Barrel
A combo of the two events above, not only is this place not shutting down for Christmas, they’ll be serving up specials on Fireman’s #4 to further spread that holiday cheer. — CG

A Bronx Tale at Winspear Opera House
The ’60s-set Broadway show was tailor-made for fans of Jersey Boys. It runs in Dallas through January 6. — CG

StrangeLove at Gas Monkey Bar N’ Grill
Here, bands will be paying tribute to Depeche Mode, The Smiths/Morrissey and INXS. Y’know, for those of you that don’t – wait for it! – enjoy the silence. — CG

Hip-Hop Karaoke at Three Links
Pick a rap, any rap, and give it a go. Just remember the one unspoken rule that we can’t even believe we’re having to bring up – white folks, please don’t drop the N bomb, even if it is in the lyrics. Not cool, y’all. — CG

GoGo & Gritz Party at Sandaga 813
Dallas’ favorite weekly jam session throws its last Wednesday night party of the year, this time alongside four-time Grammy winner Shaun Martin (of Snarky Puppy and Kirk Franklin fame) and his GoGo Band. If you’ve ever wondered who the best musicians in town are, several of them will be on this stage tonight. — CG

i AM at The Prophet Bar
The hard-to-Google Dallas death band — which shares its name with a defunct Vegas prog band, btw – tops and over-filled line-up that also includes Unity TX, Miscon, Creeping Death, Alias, Ballista, A Sounding Sea, The Optimist, Tooth & Nail and Doggo. — CG

Casual Relapse, The Black Cassettes, Lockjaw, Risinger at Three Links
No, you’re not hardcore, unless you live hardcore. – Dewey Finn

Cash Cash at Stereo Live
The New Jersey EDM trio says your New Year’s resolution should be to attend more dance parties. They also say you don’t necessarily have to wait until January 1 to start resoluting. — CG