[NSFW] This UNT Student Made A Giant Penis For His Ceramics Final. 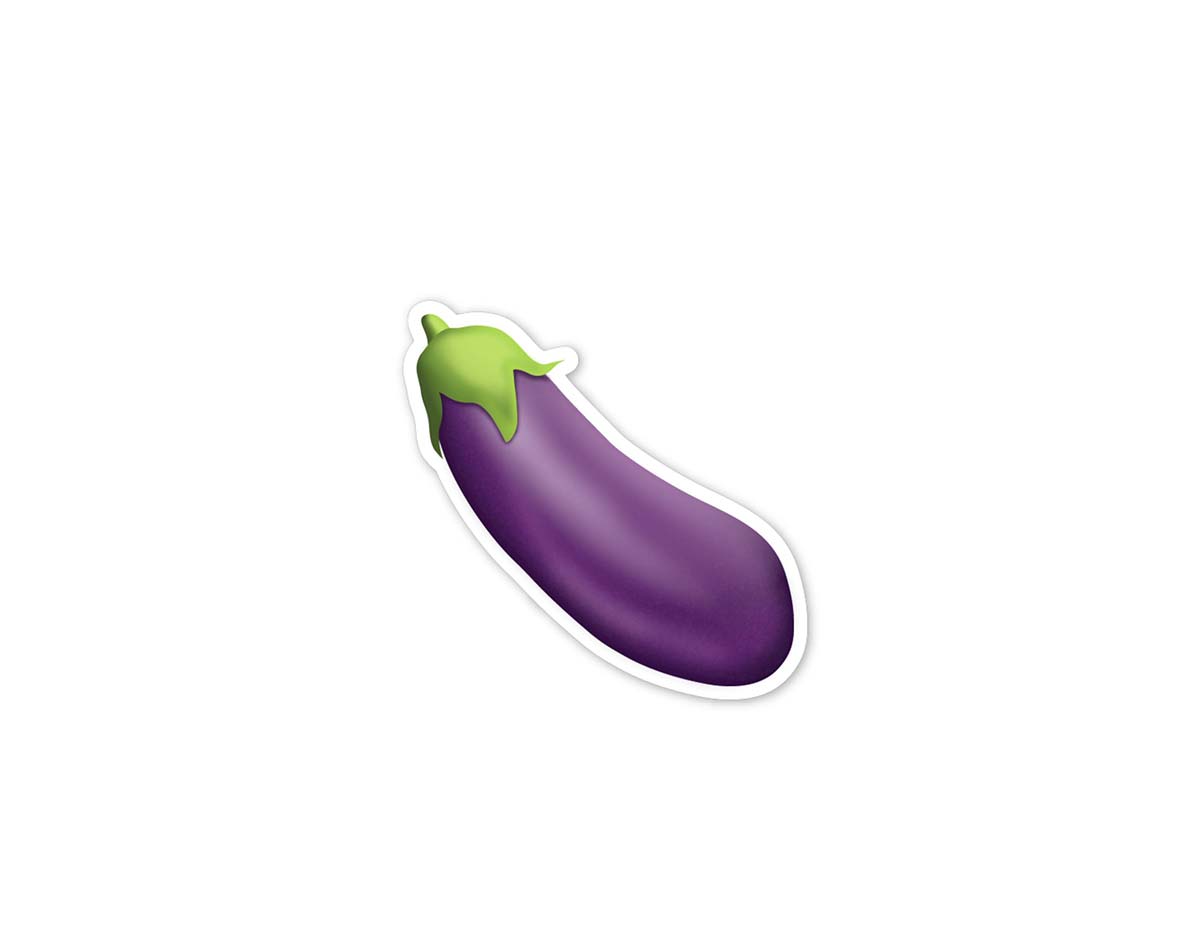 [PHOTOS] For His Beginner’s Ceramics Final, This Senior Art Major At The University Of North Texas Carefully Erected A Super Massive Penis.

(Click here to see the image if the above embed doesn’t work for some reason.)

Although the image is ostensibly of a piece of art, the photo — shot and posted to social media by a University of North Texas student who asked to only be identified by her Instagram handle of Sarah Jf — stands amazingly well on its own artistic merit.

Beyond the shock value of the giant penis sculpture at the center of her image, the whole thing is just kind of perfect, really: There’s the art student who produced the outsized penis, looking incredibly proud of his creation; there are the facial expressions of his UNT classmates, which range from unimpressed to concerned to confused; and there is the look on the face the professor in charge of the class, which is kind of a tough look to classify frankly.

There’s just a lot going on here is what we’re saying.

So what’s the backstory on how this image came to be? We looked into it.

See Also: Phallus, Texas. // Five Things In And Around Dallas That Look Like Dicks.

Turns out, Sarah Jf’s image was taken during UNT finals week as students in a beginner’s ceramics class at the school were presenting to their peers and professor their last projects of the semester. And the piece at the center of this photo? It was crafted by Sarah Jf’s classmate, senior UNT visual art studies major Grant Woodruff.

According to Sarah Jf, the faces in the photo don’t look particularly surprised by the piece because they’d been slowly watching Woodruff complete the “very sensual” coiling process to build it over the course of the last few weeks.

“Most of our classmates were impressed, but maybe less into it than I’d hoped,” Sarah Jf says before detailing why she felt compelled to document their reactions through photography. “I think it’s perfect. I dunno, I’m a big fan of Grant’s work. For another project we had to recreate a historical vessel, then make our own interpretation. He made a chamber pot. And then… an extremely tiny chamber pot. I thought I was going to get kicked out of class for laughing so hard.”

“Our prof loved it!” Sarah Jf says, noting that the photo doesn’t quite show off their professor’s excitement. “She was bummed that it didn’t get fired in time to enter it into the Voertman Competition.”

For his part, Woodruff acknowledges that he was hoping, at least in part, to elicit laughter with his giant penis sculpture. But there was also more to his inspiration than just that.

“This project emerged as a comedic pipe dream some months ago, but after a bit of thinking I began to formulate a more dignified concept behind it,” Woodruff says. “I wanted to create a giant penis for two reasons — one being that it’s very funny on a childish and innocent level, and two because penises are almost threatening in nature and tend to make people very uncomfortable especially when depicted in a semi-realistic fashion. I decided to expand on the uncomfortability by creating it in such a large format, so that it literally imposes on the space of those around. I wanted to force people to come to terms with the reality of the male phallus, and to inspire a degree of questioning in the viewer along the lines of ‘Why does this make me uncomfortable?'”

It’s a fair question, even if his peers look wholly unfazed by the piece in Sarah Jf’s photo. But that question fits well in explaining the journey Woodruff says his professor went on over the course of his working on the piece.

“She was a bit skeptical when I told her of my plans starting out, but seemed incredibly proud of what I was able to come up with in the end — especially considering I completed it the night before it was due,” he says.

In the end, though, it seems the professor appreciated what he was going for.

“Thankfully, she was very impressed,” Woodruff says. “I got an A.”

Scroll down at your own discretion to see Woodruff’s work in greater detail, courtesy of a collection of photos he took of his piece and sent our way. Just remember: If these images make you uncomfortable, that’s the exact idea.

Also, what’s that say about you? Or about society? Hmmm. Just something to think about. 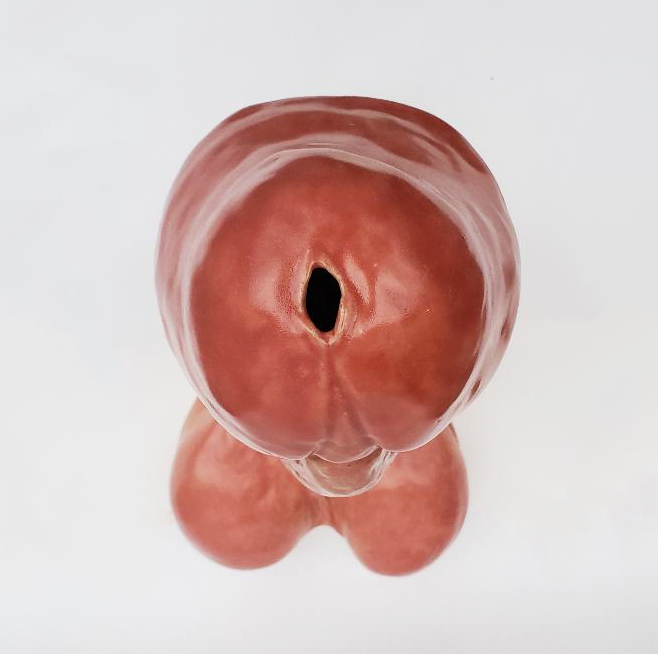 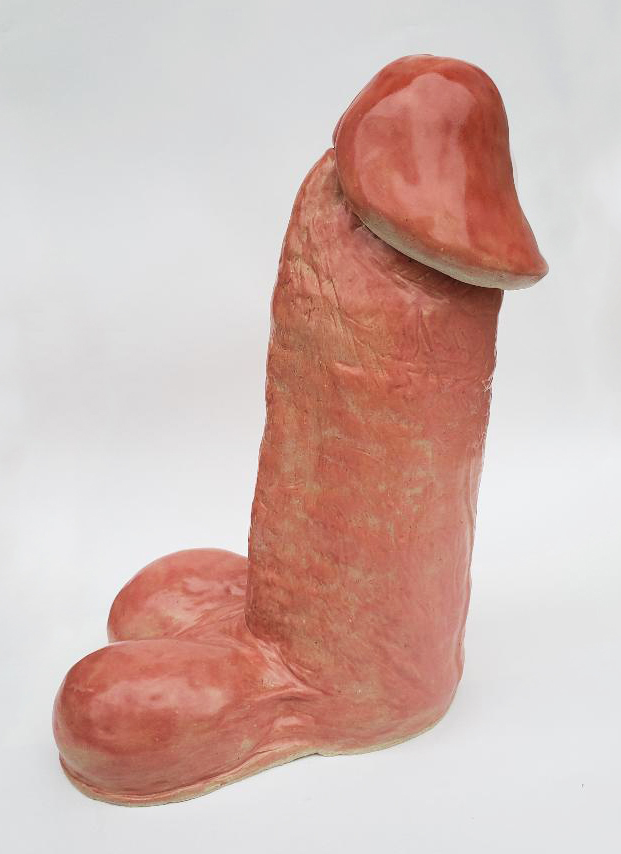 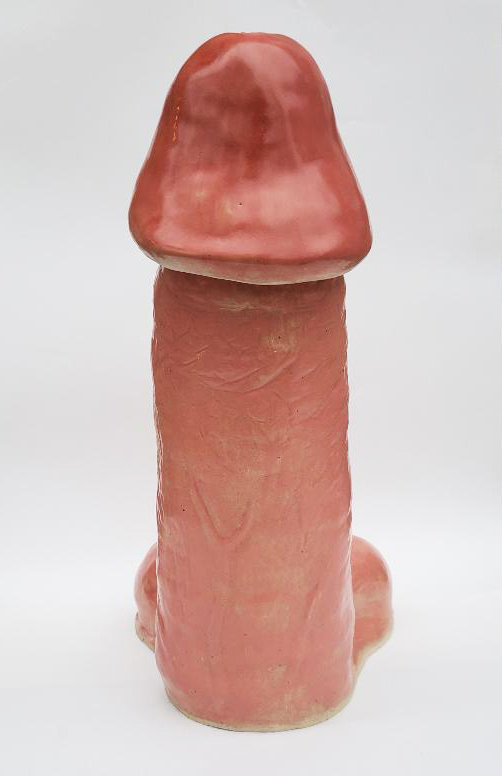 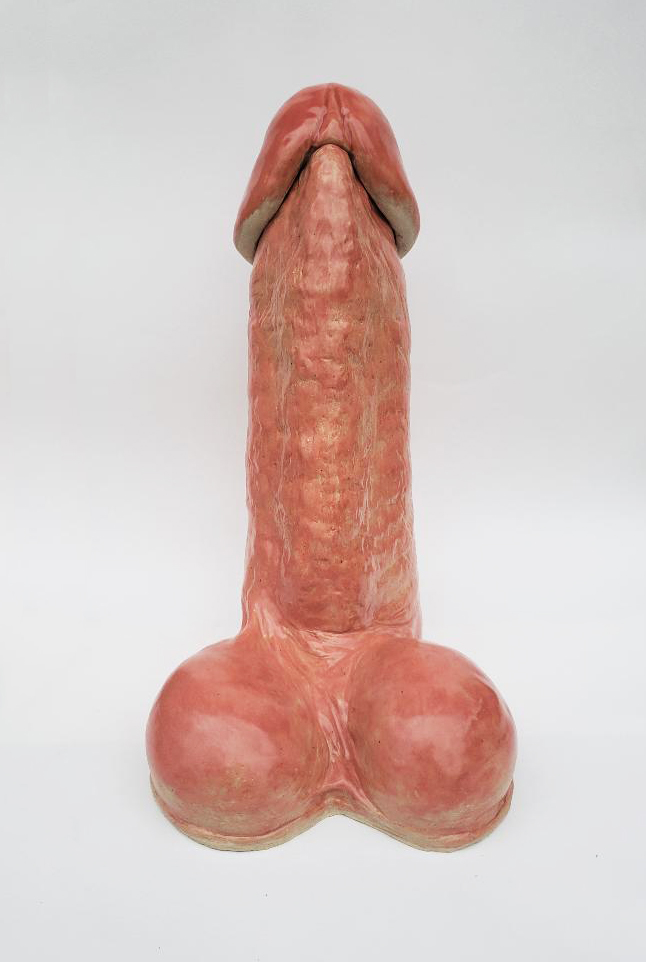 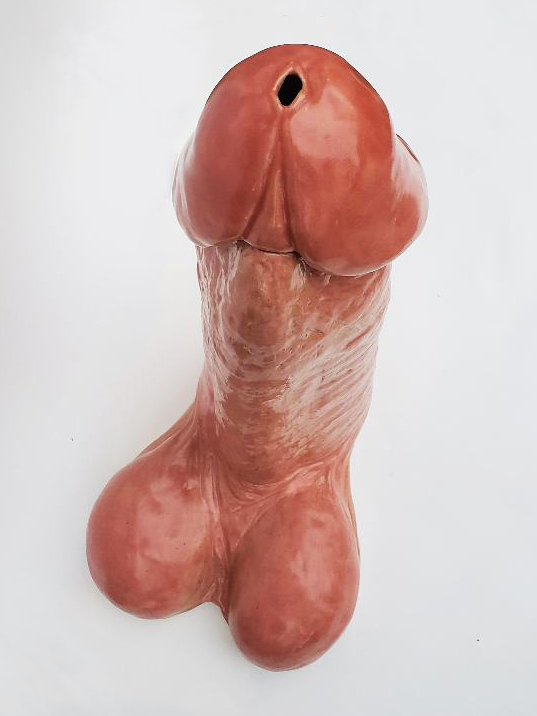 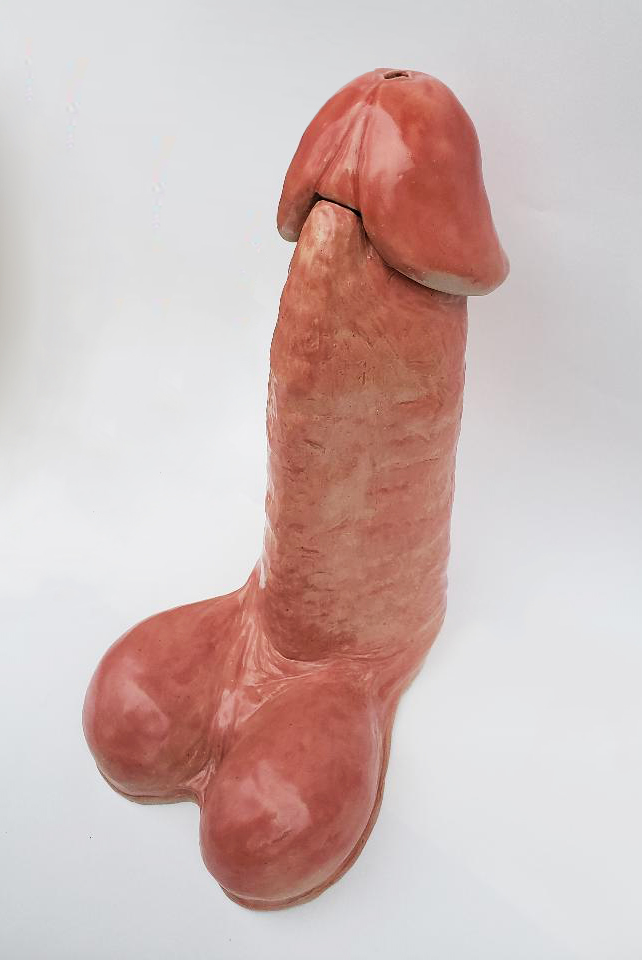 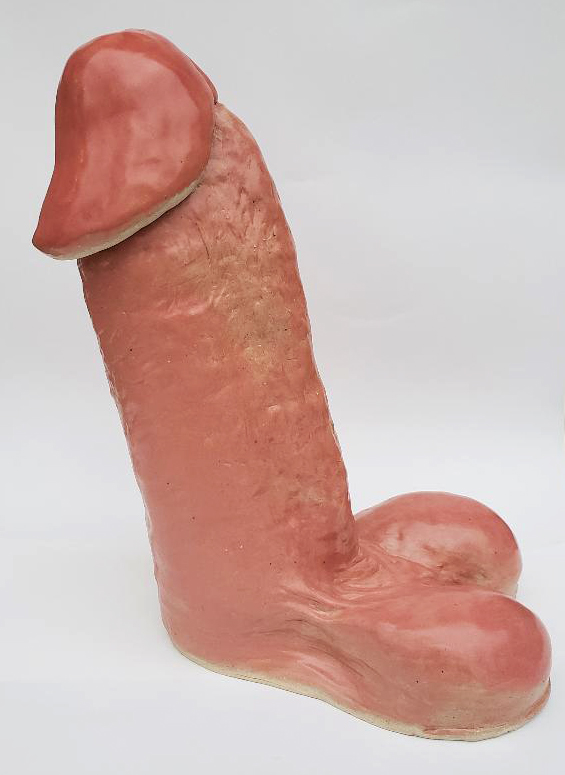 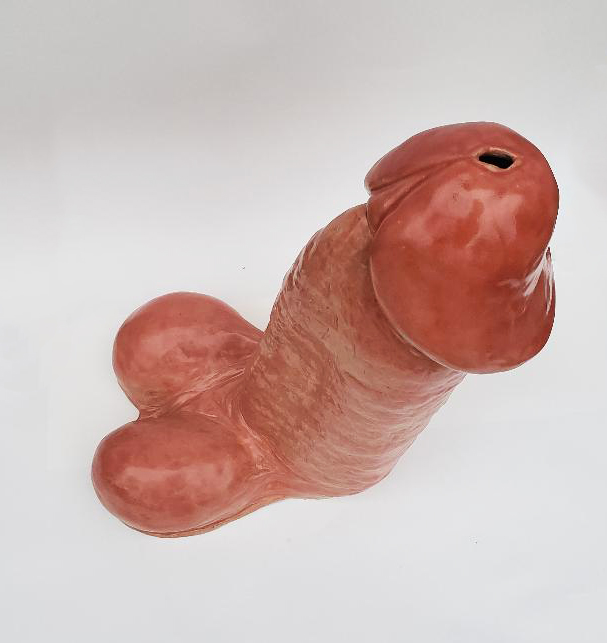