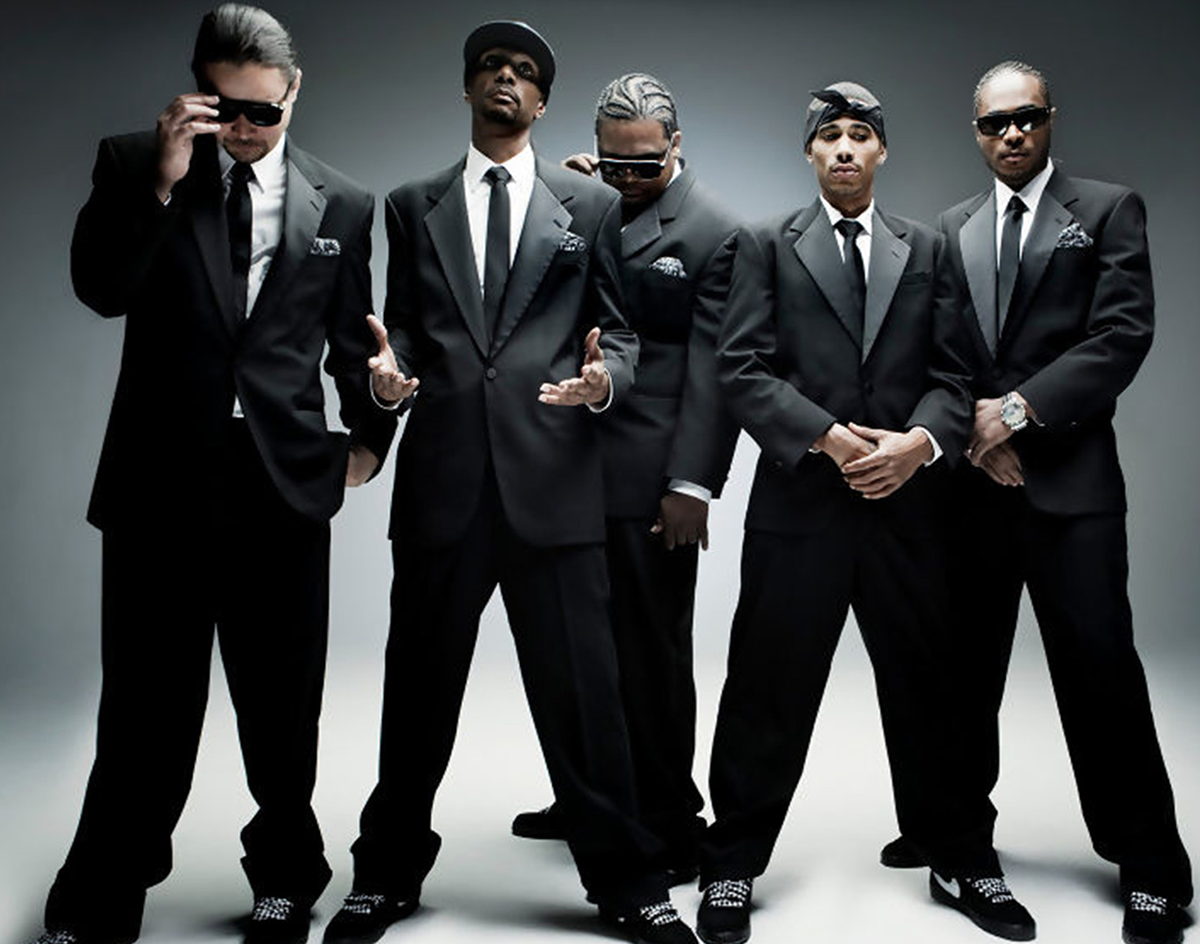 Spend The 8th Of The Month With Bone Thugs-N-Harmony, Let Lights Be Your Saviour And Find The Color Of Your Energy With 311. Plus More!

This week was — as President Donald Trump tweeted — a rocky week for rapper A$AP Rocky.

A Stockholm, Sweden court released the 30-year-old rapper, whose real name is Rakin Mayers, from a Swedish jail after being in custody since July 3. He’s set to remain free until Aug. 14, when a verdict will be announced. Swedish officials say he faces a maximum sentence of two years in prison if convicted.

A$AP Rocky and two other suspects were accused of beating 19-year-old Mustafa Jafari on June 30, an act they claimed was in self-defense during an argument.

Kim Kardashian, who is on her way to becoming a lawyer, brought it to Trump’s attention before he offered to post bail and speak with Swedish Prime Minister Stefan Lofven.

In the aftermath of the ongoing saga to free Rocky, several rappers, including Tyler, The Creator, SchoolBoy Q and Slim Jxmmi of Rae Sremmurd vowed to not perform in Sweden. Yikes.

Here’s a list of things to do in Dallas this weekend while we wait for Pretty Boy Flacko to get home… A$AP. — Stephanie Salas-Vega

The Gotobeds at Ruins
This Pittsburgh rock outfit is releasing its Sub Pop debut, Debt Begins at 30, later this month. As good as this band is, it is clearly not acquainted with the student loan crisis. — Garrett Gravley

Miyavi at Trees
Miyavi is a Japanese artist known for his finger slapping style of guitar play. Impressively, he is also a Goodwill Ambasssador for the UN. — Travis McMillan

Lights at Granada Theater
Canadian pop singer-songwriter Lights just inked a deal with Fueled By Ramen and will be playing a run of acoustic shows that are described as “intimate.” Given that Granada Theater has been Lights’ North Texas venue of choice over the past decade, that doesn’t really add up on paper. But, the team at the Granada tells us it’s because this, unlike past stops, will be a fully seated show, with about half the tickets available as you’d find at a standing show. So there you go! Regardless, Siberia is a mad good album. — GG

Prince Daddy & the Hyena at Club Dada
This New York-based band just released a new album called Cosmic Thrill Seekers, so if that’s what you’re into, you’re in luck. -TM

Billy Law at Sundown at Granada
Billy Law might sound like a nickname for one of those lawyers you see commercials for on TV, but it is actually the new solo project of William Latham, with an emphasis on a mix of Americana and country music. — TM

BYOV at The Common Table
Vinyl hoarders unite. Bring your favorite records to the Common Table for DJ Leo J to spin. You can’t go wrong with a combination of food, beer and music. Unless someone brings a Mumford & Sons record. –Jessika Hardy

Happy Hour: Holly & The Mystery Lights at Dan’s Silverleaf (Denton)
Mystery lights have been seen in swamps and marshes for centuries, and were thought to be the spirits of the dead or other nefarious spirits tempting the living into the dangerous wetlands to be swallowed up. So it’s either that opening the show or a country band from Denton. — TM

Dinosaur Pile-Up Celebrity Mansions Tour at Cambridge Rooms at House of Blues
We have been bombarded with press releases for this band lately, and apparently, it’s in the middle of a tour with Shinedown. Good on the band for getting some powerful people in its corner. — GG

Back to the Future screening at Sundown at Granada

Purpose Album release Party at Braindead Brewing
DC Music is already putting out a second album after last year’s Growth, and he has enlisted quite a few artists to help him celebrate with performances all night.  — AS

311 & Dirty Heads at The Pavilion at Toyota Music Factory
311 is a ’90s and early ’00s rock band touring the country joined by Dirty Heads. Has anyone ever suggested shampoo and conditioner? — TM

Darden Smith & Peter Bradley Adams at Kessler Theater
Darden Smith is a singer-songwriter from the Austin area who is deeply involved with multiple philanthropic endeavors, including Songwriting with Soldiers, which aims to help soldiers put their experience into song to deal with things they have experienced while serving our country. — TM

Jim Lauderdale at The Post
Jim Lauderdale is a songwriter who has had his songs recorded by countless country artists, including George Strait, Elvis Costello, Blake Shelton, The Dixie Chicks and more. — TM

Chuck Mead & His Grassy Knoll Boys at Gas Monkey Bar N’ Grill
In his time with BR5-49, Chuck Mead was nominated for a Grammy 3 times and has toured extensively. Now, as a solo artist, he focuses on an array of projects that have ranged from broadway to solo country albums. — TM

Hoods at Three Links
Hoods is an ever-evolving hardcore metal band from California that is rumored to have been run out of Sacramento when they were just beginning as a band in the late ’90s. — TM