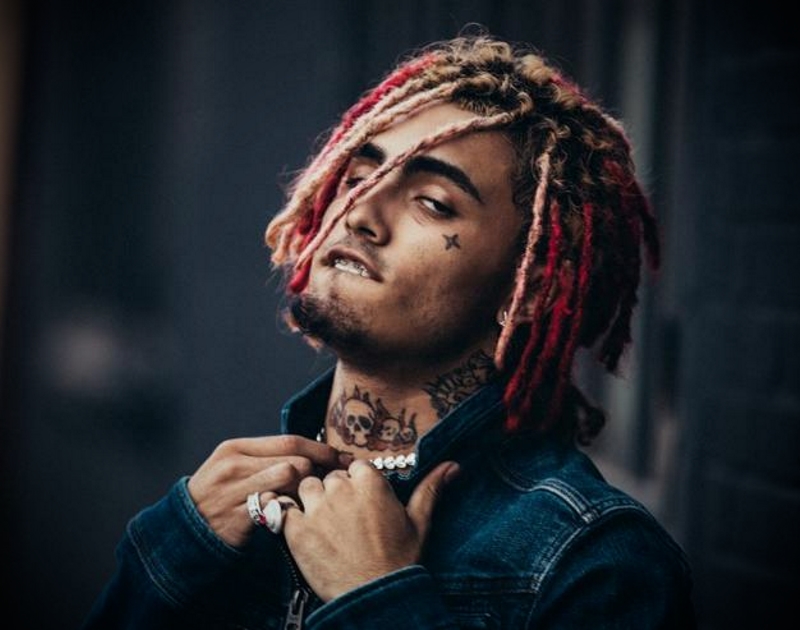 Get It With Lil Pump And Lil Skies At South Side Ballroom, Do Your Best Molly Ringwald Dance With TOPS At Club Dada And Be A Square With L7 At Trees.

Here’s a harrowing thought: The moon is shrinking. Actually, it’s not even just that. It’s also quaking.

Scientists say this is all the result of the moon’s core cooling over time, and that it’s contracting as a result.

They also say it’s just another reason why we should definitely be sending astronauts back to the moon — something that NASA and private industries alike are both planning on doing soon-ish anyway, fortunately enough.

Does this mean your nighttime perspective might change in the near future? Perhaps. But, fortunately, we’ve got your current nighttime options around Dallas planned for the time being. — Pete Freedman

Medicine Man Revival Pop Up Blues Jam at Twilite Lounge
Ain’t much going on around town tonight, so expect this Medicine Man Revival-thrown blues jam to be the go-to spot around the way. For one thing, it’s free to get into (while there’s room to get in). For another, the MMR crew will be joined on stage by performers including The Texas Gentlemen, Sam Anderson, Atlantis Aquarius, Bryce Bangs, Nick Snyder, Kalu and The Electric Joint and more — including a “super secret special guest” that pretty much anyone who is even remotely familiar with these acts can probably guess pretty easily. — PF

Miss Saigon at The Music Hall at Fair Park
This late 1980s-launched, Vietnam War-set, smash Broadway update to the 1904 opera Madame Butterfly begins a 12-day run at Fair Park through Dallas Summer Musicals tonight, which means if you attend this gig, you’ve got some bragging rights, we guess?  — PF

Lady Lamb at Club Dada
Maine folk artist Aly Spaltro recently released her latest LP, Even in the Tremor, on Ba Da Bing Records (whose alma mater includes greats such as Sharon Van Etten and Beirut, and whose current roster includes Julie Byrne and Talk Talk’s Mark Hollis.) It’s her first full-length release after her departure from Mom + Pop Music and the shortening of her stage name Lady Lamb the Beekeeper. — GG

Hot Mulligan at The Prophet Bar
Headliners Hot Mulligan hail from the Upper Peninsula of Michigan, which is kinda neat. Check them out here performing their sincere form of pop-punk. — Mira Scott

A Star is Born (65th Anniversary Screening) at The Magnolia
This is the 1954 version, not the Bradley Cooper and Lady Gaga version. — MS

Trevor Daniel at Club Dada
Apparently, this isn’t the punter of the same name for the Houston Texans. It is, however, the project of a bedroom pop artist that is, coincidentally, also from Houston. — GG

The Mask at Sundown at Granada (Free)
“I hate smoking sections. Unless we’re talking about The Mask with Jim Carrey, in which case the ‘smoking’ section is my favorite part!” — Harris Wittels (RIP)

I Prevail at House of Blues
The metalcore heroes return to town in support of their March-released sophomore LP Trauma. — PF

L7 at Trees
The Los Angeles punk legends in L7 are back with a new album Scatter the Rats. It’s their first album in 20 years, and it’s being released via Joan Jett’s Blackheart Records. That’s neat! — GG

TOPS at Club Dada
TOPS is an ’80s-influenced indie act whose music will make you want to dance in place a la Molly Ringwald — fitting, since the band’s own look, and its sound to degree, sound ripped right from a John Hughes film, too. Full-sounding but never quite loud, TOPS’ sets are a master class in taste and restraint. Video Age opens. — PF

Listening Party For Tyler The Creator’s IGOR at The Whippersnapper
Come listen to Tyler’s latest alongside other fans just prior to its release. No, he won’t be in attendance. — PF

Ottoman Turks, Sisterman and The Gawd Almighties at Double Wide
The Turks have been busy of late, playing shows around town and honing their already fine-tuned craft. Catch how tight they’ve become at this offering. — PF

One-Year Anniversary Party at Select Start
Deep Ellum’s mini arcade bar celebrates the year it’s spent under its current concept after flipping from its original old-school pharmacy theme. A $500 prize will be awards to the attendee wearing the best costume. But we recommend going as yourself. You’re pretty great, y’know. — PF