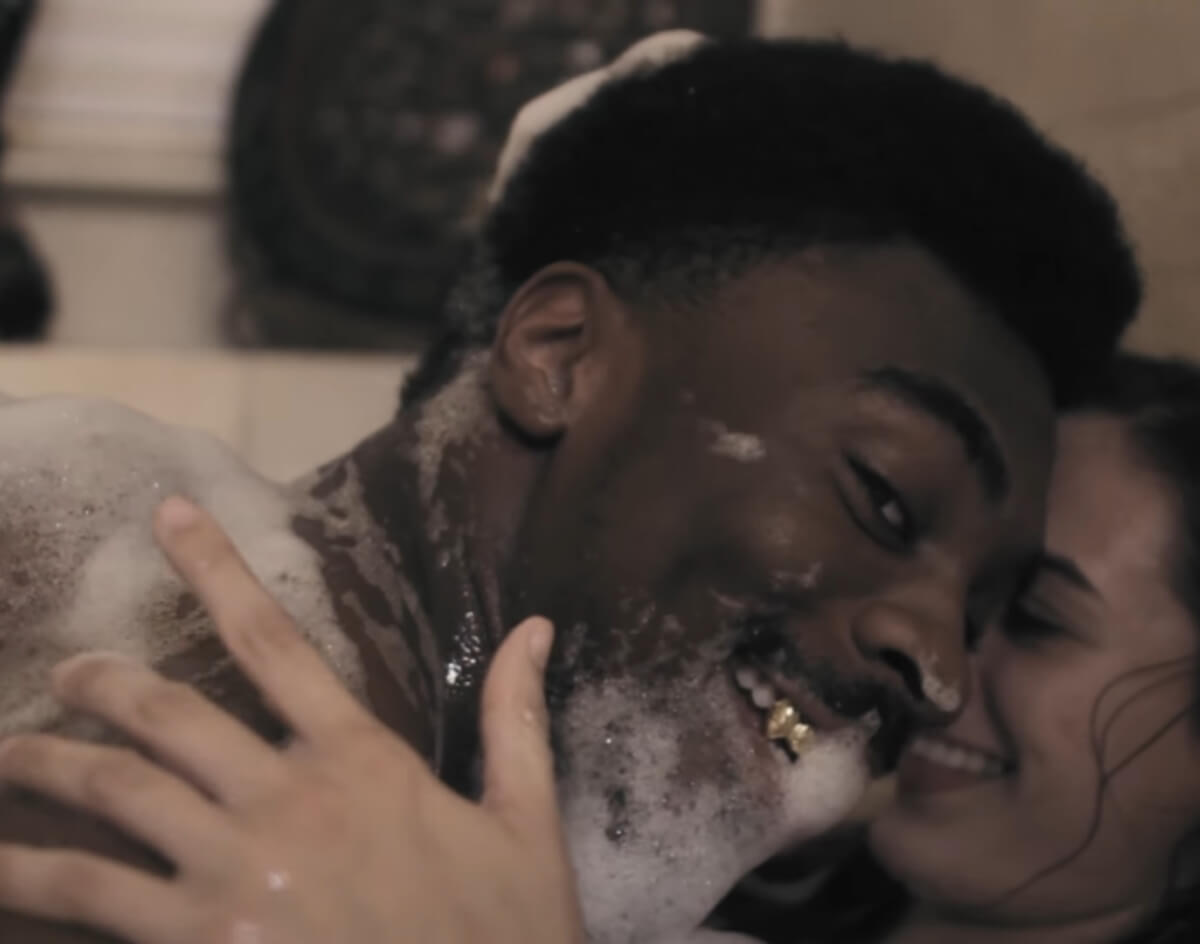 EATQS – “Mirror World.”
RIYL: Thinking about bizarro worlds where left is right and right is left.
What else you should know: Recently, Kansas City-based experimental tape label Ghost Organics put together a 30-track cassette comp called Dynamic Times, which features the sometimes local act EATQS. It’s no wonder out-of-town label likes the band, though. We dig them, too. ICYMI, they were No. 24 on our still ongoing countdown of the 100 best local songs of 2016. Anyway, you can stream the comp over at the Bandcamp link above, or order a physical copy to help raise money for “Fire Relief Fund for Victims of Ghostship Oakland Fire.”

Nelly Furtado – “Pipe Dreams.”
RIYL: Living in Dallas.
What else you should know: No, Furtado’s not from Dallas, but as Pete Freedman pointed out earlier this week, her new single might as well be a love letter to the city. Produced by Dallas’ John Congleton and featuring Dallas’ Adam Pickrell on keys, that’s a Dallas-shot video above, made by Dallasites Jake Elliott and Pierre Krause, and featuring the Dallas skyline. I mean, it’s p Dallas! She talks more about her love of Dallas here.

Echo Spring — s/t.
RIYL: Hardcore music and chorus pedals.
What else you should know: Collick’s Corey Duran and Kira Jara’s John Hodge are now post-punk-meets-hardcore band Echo Spring. A more concise way to say that, I suppose, is the “hardchorus” tag the band coined. Anyway, this is their debut EP, which was recorded at Denton’s Civil Recording.

Obstruction — Demo.
RIYL: Getting in the way of things.
What else you should know: Hey, it’s another new hardcore band to check out! Their demo/EP was recorded at Cool Devices Studio, which is run by a couple of the Marked Men. There’s a release show for it tonight at Double Wide. Another band on the bill, Lethal Dose, is releasing something tonight, too.

Spike Chester – “Chasing Faces.”
RIYL: Doubling your money and making it stack.
What else you should know: With his just-dropped new real rap track, Spike has designs on making a mil off a mixtape. If keeps putting out solid bars like the ones he does over this piano-heavy, Rockyylikee-produced beat, he just might.

Hex Cult – “V I T A L I T Y.”
RIYL: Resting in peace.
What else you should know: Hex Cult was supposed to put out an album in 2015. That didn’t happen. Hex Cult was supposed to last till death. That didn’t happen either. But Tesh Cwalino, half of the defunct techno punk duo, put the band’s one and only song on the Soundcloud page of his current project, Teen Slut. Listen to it — but on good speakers, he says. Wait until you get home if you have to. None of that phone crap. R.I.P. Hex Cult.

Honor System – “Let It Snow” (feat. Rat Rios).
RIYL: Thinly veiled threats.
What else you should know: Rat Rios takes some liberties with this well-worn melody, making it nearly impossible to sing-along with, but making it fresh again at the same time. It’s fresh and dark at the same time, giving the impression that there’s some subversive reason for our having no place to go. It’s a borderline threat. Also, the way she uses the upper range of her vocals in an almost instrument-like fashion in one of the backing tracks is super killer.

Cory Coleman & Petra Kelly – “Yule Be Dead By Christmas.”
RIYL: Murder.
What else you should know: Though technically released last Christmas, this song is new to me, so whatevs. Like The Hives and Cyndi Lauper’s “A Christmas Duel” (probably my favorite Christmas tune, tbh) this is a duet about a couple not so crazy about spending the holidays together. Unlike Lauper and Co., the couple in this Denton-y folk ballad opt for murder over reconciliation. Heartwarming stuff!