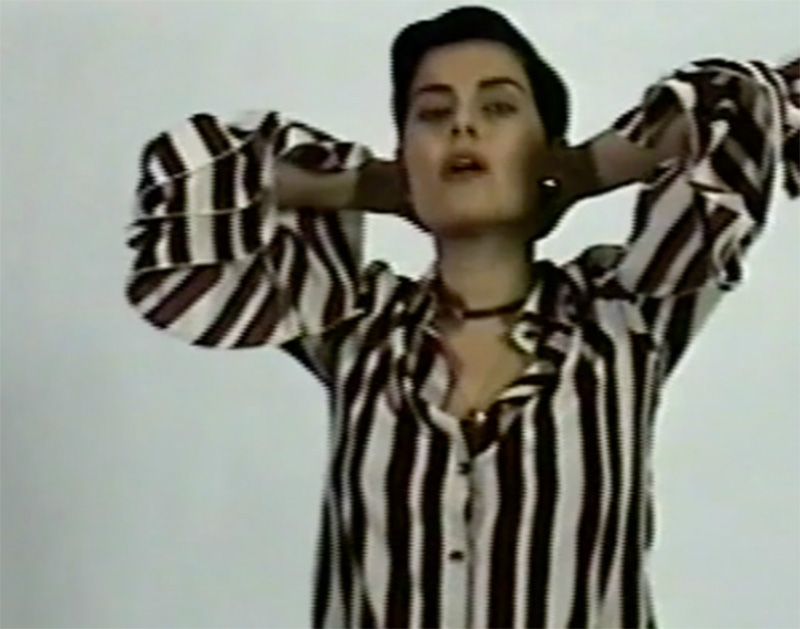 Nelly Furtado’s New Dallas-Set Music Video Is Like An Homage To Every Apartment You’ll Live In During Your 20s.

We’ve known at least for a little while now that the Canadian pop star Nelly Furtado has been working with Dallas producer John Congleton on her 2017-due LP The Ride. We’ve known too that Dallas producer/synth wiz Adam Pickrell has also been working with the “Promiscuous” singer, performing as part of her live band. And through the grapevine, we’d heard rumor too that she’d embedded herself some within the local visual arts community, commissioning works from Samantha McCurdy and others.

So maybe it shouldn’t come across as too much of a surprise that Furtado’s new music video very much comes off as a bit of a love letter to Dallas. Directed Jake Elliott and edited by Pierre Krause — two more Dallas artists of note — the lo-fi video for The Ride lead single “Pipe Dreams” opens with a shot of the Downtown Dallas skyline and premiered yesterday via Pitchfork.

Check it out below:

On her Instagram account, Furtado added the following commentary to the clip: “My love affair with Dallas, Texas began when I met Annie Clark of St. Vincent, who eventually connected me with John Congleton so that he could produce my new album, ‘The Ride.’ We worked at John Congleton’s Elmwood Studios in the Dallas borough of Oak Cliff. I have returned to Dallas several times over the last two years because I have connected with an incredibly welcoming art, music and fashion community such as visual artist/set designer Samantha McCurdy, legendary keyboardist/organist Bobby Sparks, photographer/director Tramaine Townsend, drummer Mckenzie Smith of the band Midlake, and streetwear company Human Dior. Dallas is ripe with the kind of talent and creative purity that stimulates my improvisational spirit. On my latest trip there, I was driving around Lake Highlands with musician Adam Pickrell, and we spontaneously stopped at an estate sale. The small home had belonged to a woman named Edna Sue, who had lived there since the 1950’s. As I perused through the remainder of her belongings-which told the story of a life well-lived- I knew I had found the location for the ‘Pipe Dreams’ video. The next day, local visual artist Jake Elliott shot and directed this beautiful ode to Edna Sue. Editing is by another Dallas-based multi-media artist named Pierre Krause.”

Those are some rad shout-outs right there! Plus, the song’s just got a cool, laid-back, breezy vibe to it, boding rather well for what The Ride might hold.

Nylon and The Fader have already both praised the video for its nostalgic vibes, likely referencing the VHS-like quality of the footage itself. But, honestly, what speaks most to me about the clip is that Edna Sue’s house reminds me of every single apartment that my friends and I lived in and partied at in our early ’20s.

It’s really giving me some acid flashbacks to my East Dallas and Oak Cliff days of yore. Basically, the whole thing turns me into a pile of mush.